The bride, a former CIA officer, and the groom, the grandson of Ethel Kennedy and the late Attorney General Robert Kennedy, will tie the knot at the family compound on July 9. 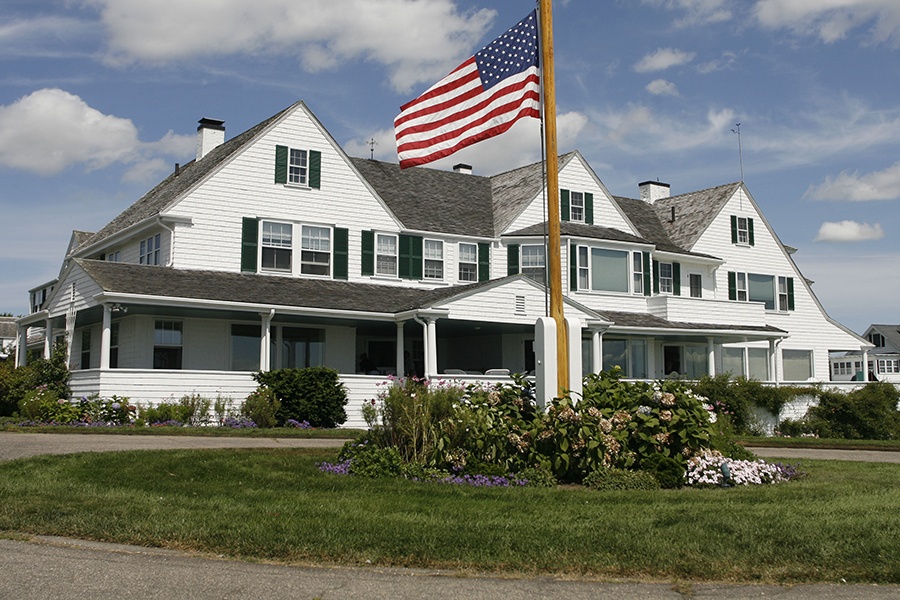 The main house of the Kennedy compound in Hyannis Port. Photo via AP/Stew Milne

And you thought we were done with royal weddings.

Bobby Kennedy III, the grandson of Ethel Kennedy and the late Attorney General Robert F. Kennedy, and Amaryllis Fox, a former CIA officer, will head down the aisle on July 9 at the Kennedy family compound in Hyannis Port, Town and Country reports.

The pair have been dating for about a year, according to T&C, and the Kennedy family is on board with the nuptials. Robert Kennedy II told T&C the clan “love[s]” Fox, and “everybody is excited” about the wedding.

RFK Jr. said the wedding will be “kind of a clambake” and reminiscent of when he tied the knot with his wife, the actress Cheryl Hines, at the family estate in 2014.

The groom eschewed the family business of politics and has instead made a career in the entertainment industry. Bobby Kennedy III starred in the 2013 film AmeriQua, which follows a recent college graduate whose parents cut him off financially. He also was heavily involved in ELEW: Live from Infinity, a 2012 documentary about the jazz pianist Eric Lewis.

Fox, according to a biography from WME Speakers, holds degrees from Oxford and Georgetown Universities. The daughter of an English actress, Fox had a brief stint in a Burmese prison after doing an interview with the BBC, Page Six reports. While pursuing her master’s at Georgetown, Fox created an algorithm to anticipate terrorism, and eventually began working as analyst the CIA. After she left her role as a clandestine service officer in 2009, Fox created Mulu, an online shopping platform with a philanthropic mission. Though she has lived all over the world, including in Southeast Asia and the former Soviet Union, Fox and her daughter, Zoe, currently call San Francisco home.