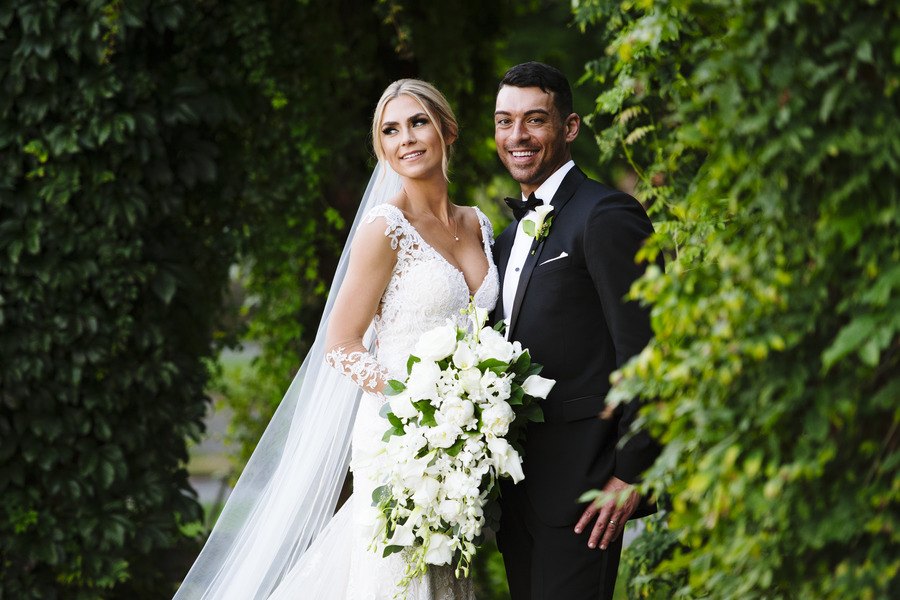 Mackenzie Gordon and Jon Kravitz’s Boston University love story is a tale as old as time. She, a sophomore, and he, a first-year law-student, were set up by mutual friends at a house party on Marathon Monday. His opening line: “Would you like a beer?”

They bonded instantly over their mutual law-career aspirations, and both say they knew they’d found “the one” that day. “When you know, you know,” Mackenzie says.

Two years in, Jon came up with an elaborate ruse, telling the tough-to-fool Mackenzie that his parents had won a private Boston Harbor cruise for the two of them, and that the dress code was formal (meaning she should get her nails done). Out on the water, he brought her to the bow of the boat, and while she happened to be looking away, he said, “This is so romantic, I probably should have proposed to you here.” Mackenzie agreed, but then, as she turned her head back towards him, she saw that Jon was in fact, down on one knee.

When the couple began planning their wedding, they decided to put their families first, from the initial stages to the big day. “It wasn’t just about what I wanted or what Jon wanted, it was about what our parents wanted as well, and making it something special for everyone,” Mackenzie says. “It really takes a village to plan a wedding.”

Their wedding style was wholly them, though–with a rich black, white, and red palette, plus a dose of gold shimmer and a sprinkling of pearls. “We were really aiming for that Gatsby feel, with the formality of tuxedos and a mansion, but with our own spin on it,” Jon says. Their shared vision came together at the historical Turner Hill Estate in Ipswich, set on 300 acres of sprawling greenery. With Christina Perri’s “Thousand Years” playing softly on a violin in the background, Mackenzie walked down the aisle to meet Jon under an arch of vines. And in that moment, although surrounded by 165 guests, it felt like it was just the two of them. 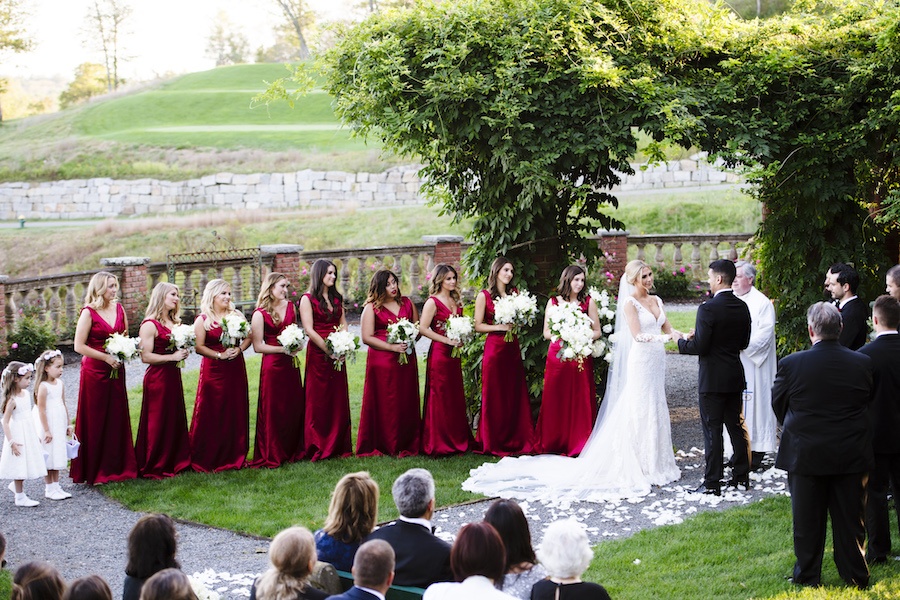 “It was actually much harder to find the bridesmaids dresses than it was to find my wedding dress,” Mackenzie says. “I wanted something that wasn’t typical, and I loved how this one contrasted so well with the backdrop of the ceremony.” 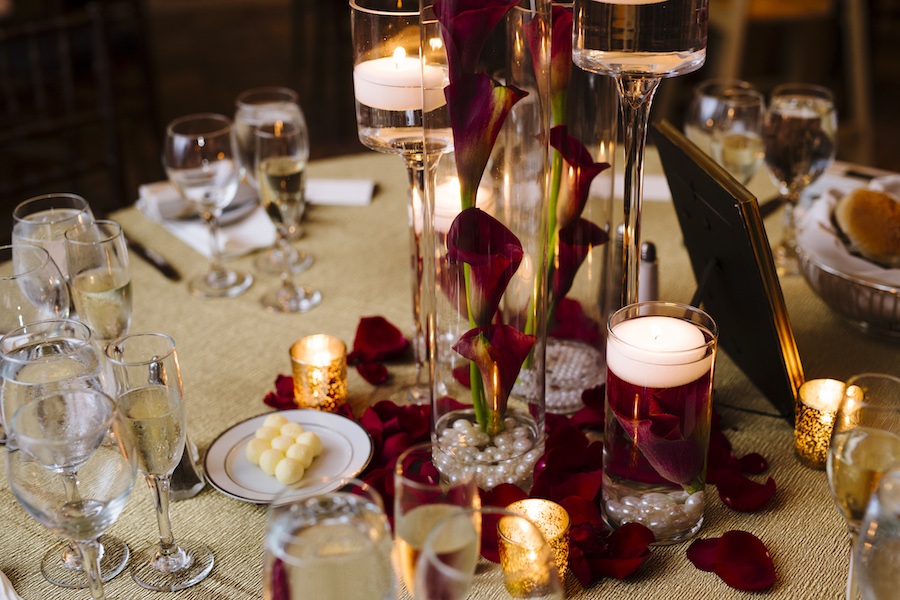 Gold linens, candles, roses, and pearls topped the reception tables for a luxe and romantic look. 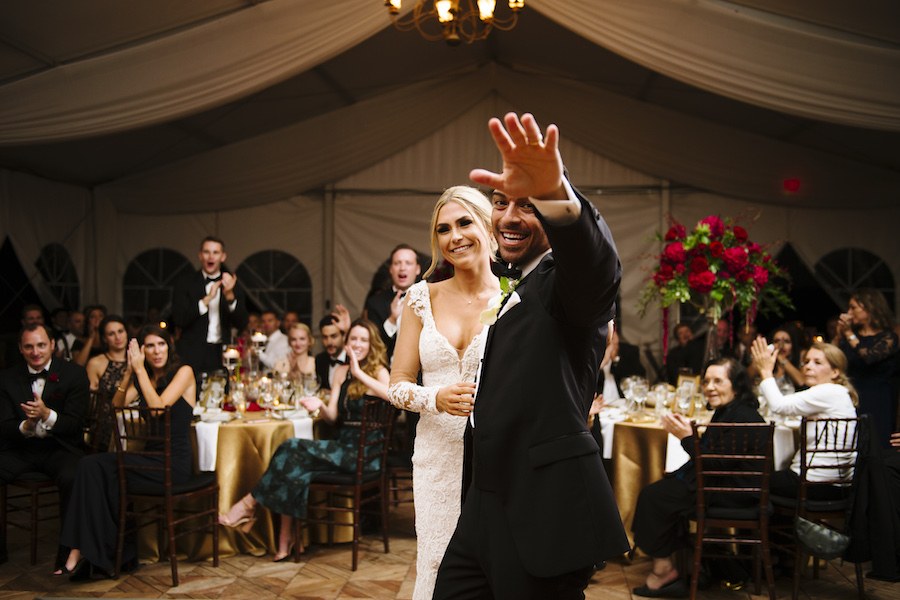 The couple took the floor for their first dance to Sam Smith’s acoustic version of “Latch.” 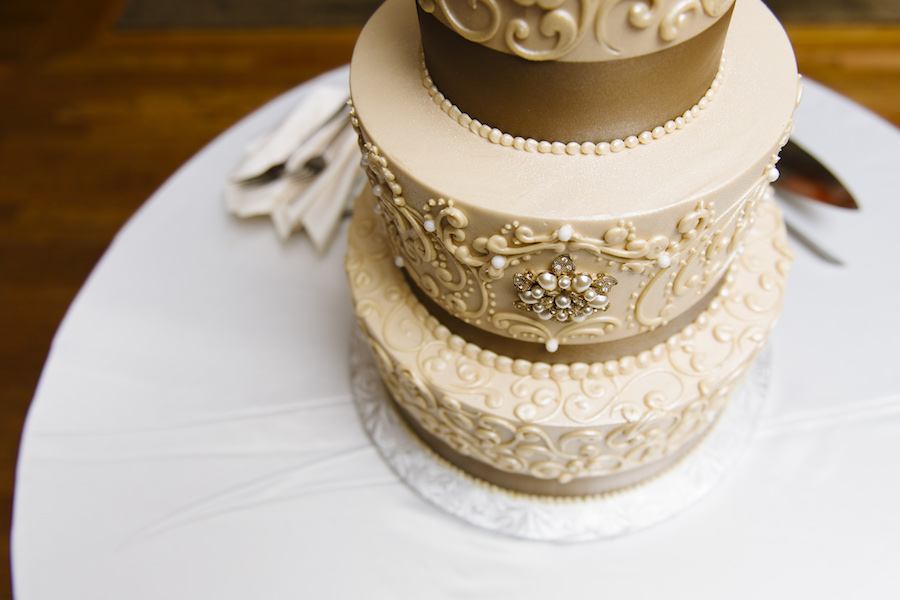 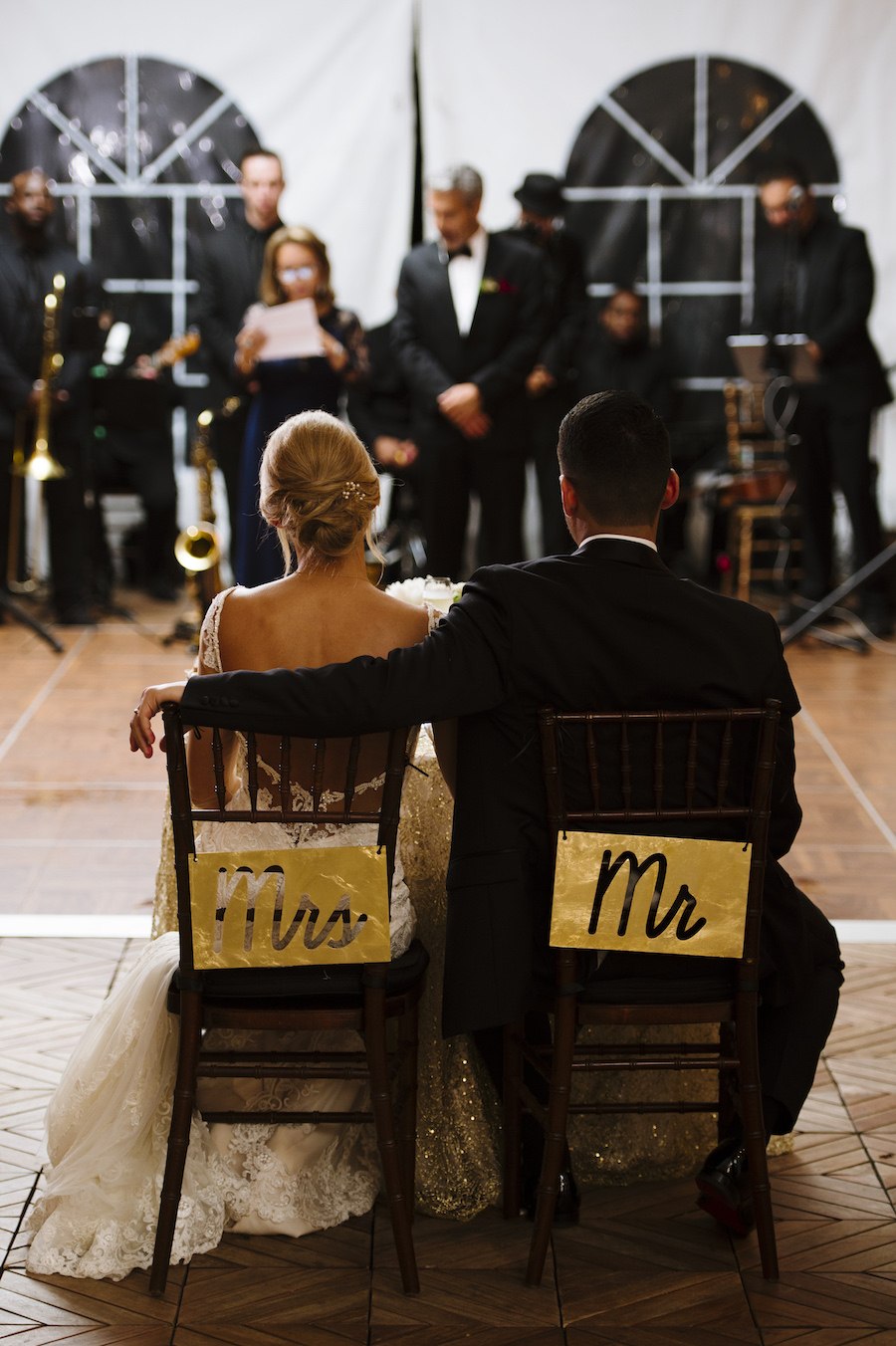 Mackenzie’s mom found the “Mr.” and “Mrs.” signs that hung on the couple’s chairs at a local craft store.