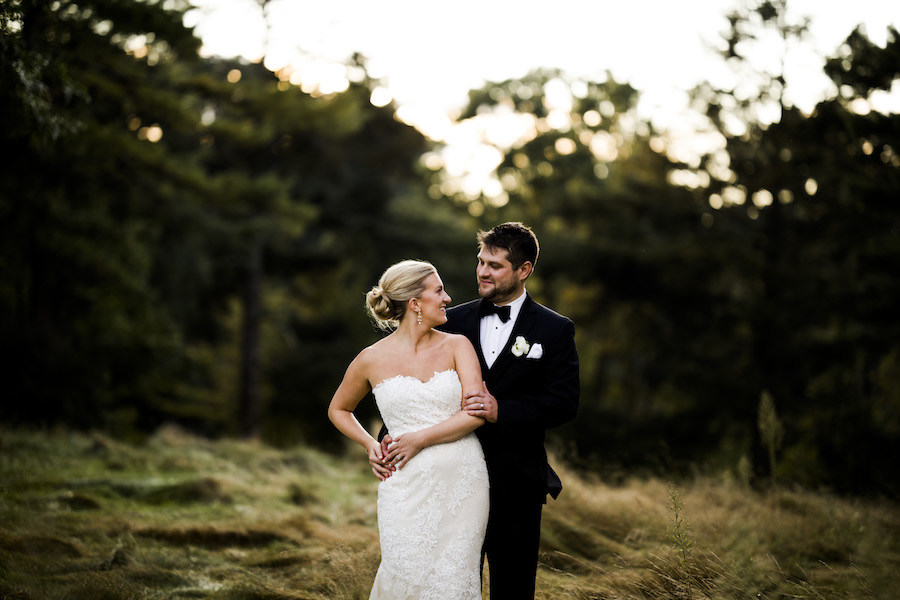 Caitlin and Casey almost never became a couple—but luckily, Caitlin intervened. They were working at the same hospital in Washington, D.C., where she was a nurse and he was an executive chef, when a mutual friend told Caitlin that she was going to set Casey up with another friend at an employee happy hour. “I was just like, ‘Well why don’t you introduce me to him?'” Caitlin recalls. Once they met, their relationship took off. Six months later, they were engaged—although the proposal didn’t go quite according to plan. On the last night of a vacation in Puerto Rico, Casey planned to take Caitlin to a beautiful bioluminescent bay, where he’d pop the question. That day, though, Caitlin came down with a bad case of sun poisoning and was bedridden, so Casey ordered room service and proposed by her bedside. “I told her it’s not always about the highs, but also being there for each other during the lows,” Casey says.

Choosing where to tie the knot was a “no brainer,” Caitlin says. They were married at St. Paul Parish, the church that her family had attended since moving to Wellesley when she was in high school. Deciding on a reception venue was just as easy: Caitlin had known that she wanted to get married at the Gardens at Elm Bank—an elegant, historical property with 36 acres of gardens and greenery—since she was a teen. “It’s such an incredible place and it’s really about the natural beauty,” Caitlin says.

Their candlelit, tented reception featured a romantic and timeless look with vintage, French-country-inspired details. “I wanted to do something that I wouldn’t look back on and be like ‘That was in style then, but I don’t know what I was thinking,'” Caitlin says. From the tablescapes to the cake, they dotted the scene with herbs and greenery as a nod to both Casey’s work as a chef and the lush surrounding gardens.

The celebration was a blowout from start to finish, which is exactly what the couple had wanted. “The salad was served, and the dance floor was already packed,” Caitlin recalls. The couple and their 200 guests danced into the night. “Basically,” she adds, “it was insane.” 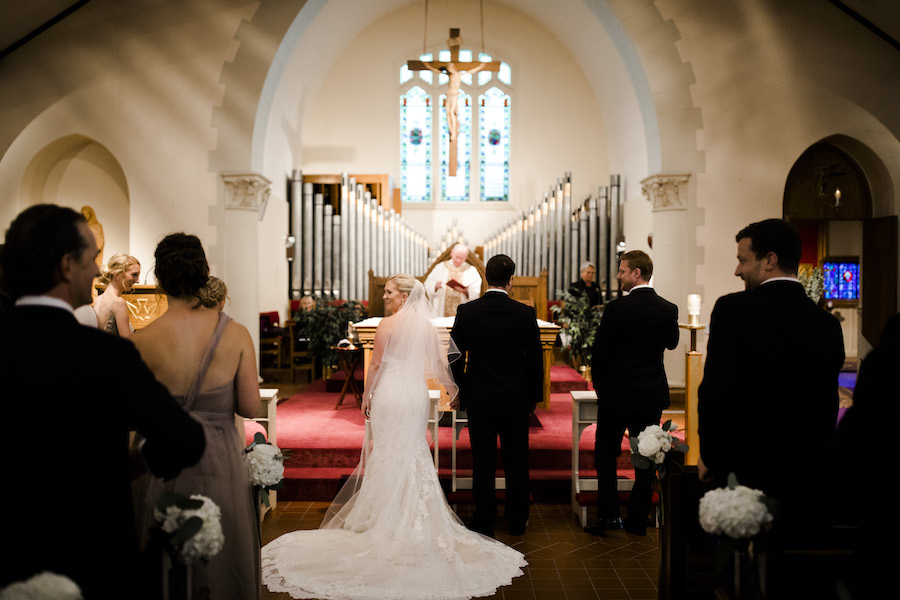 Caitlin’s favorite movie is the Sound of Music, so she’d always dreamed of having a wedding dress with a long train just like Maria’s. 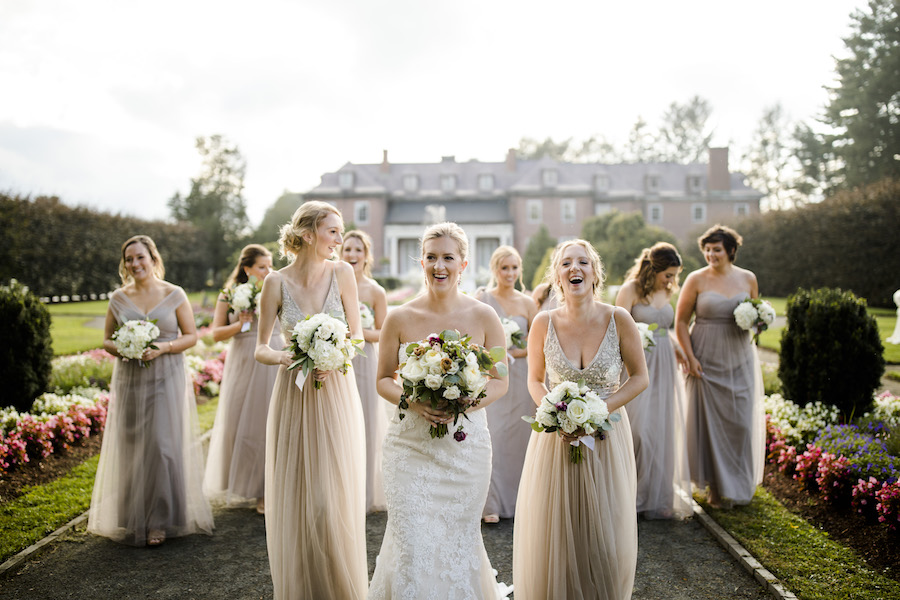 Caitlin chose the Jenny Yoo bridesmaid dresses from BHLDN because they “looked good on everybody” and were versatile: With ties that could be knotted or hang loose, the dress allowed each of the bridesmaids to customize her look. 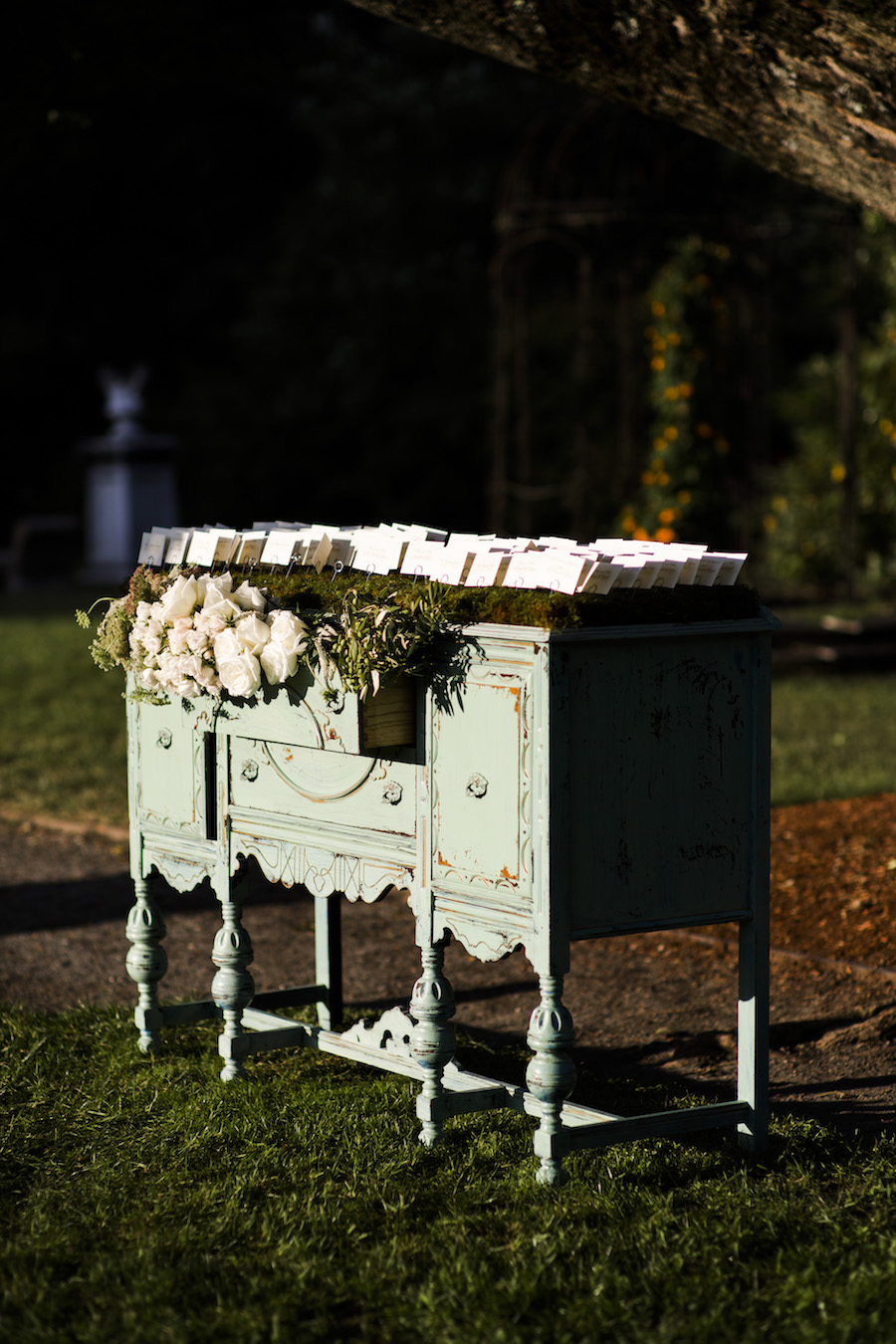 A vintage dresser from Caitlin’s family home displayed the escort cards outside of the reception tent. 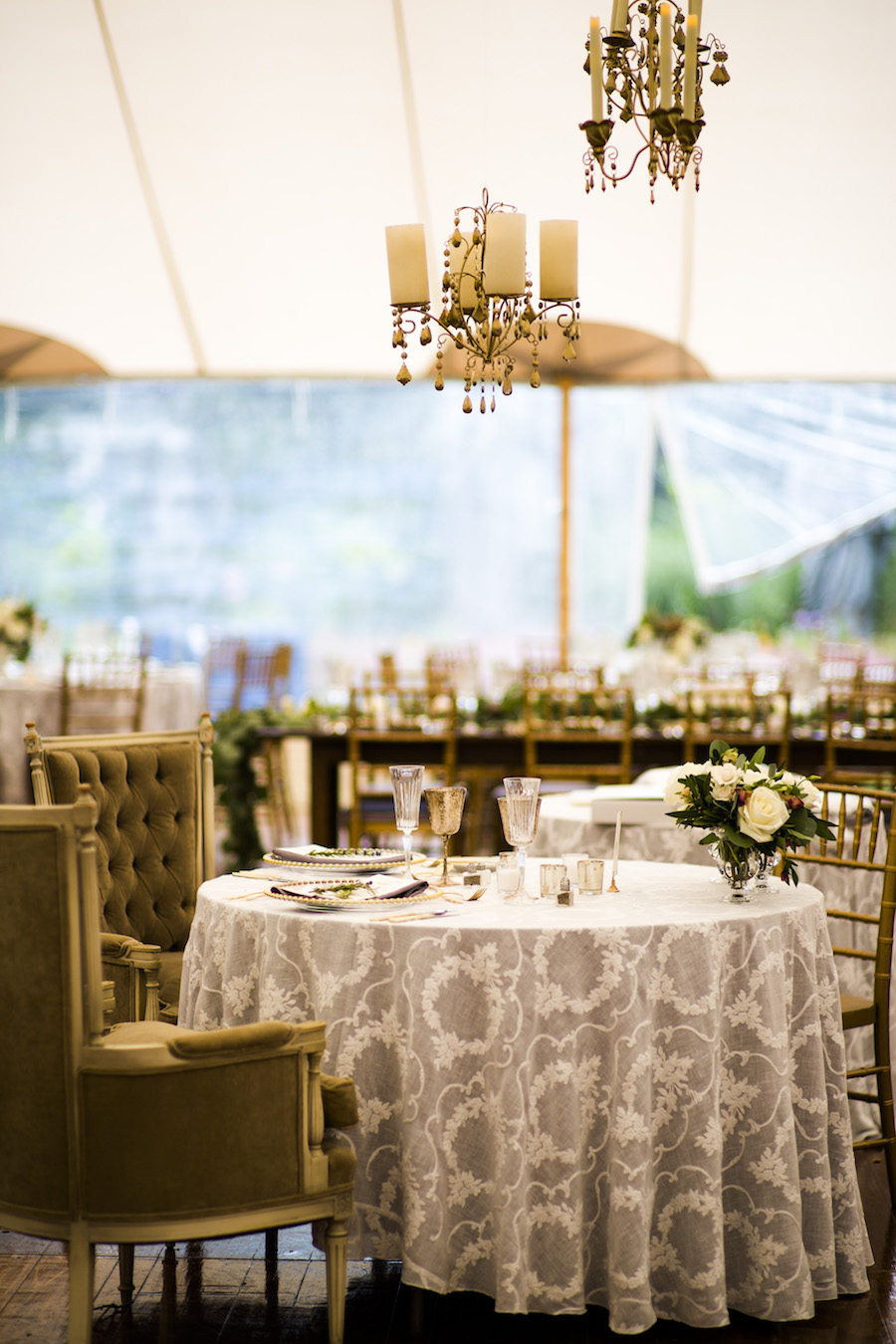 A pewter linen with a lace overlay dressed up the sweetheart table, where the couple sat in oversized gray velvet chairs that belong to Caitlin’s family. 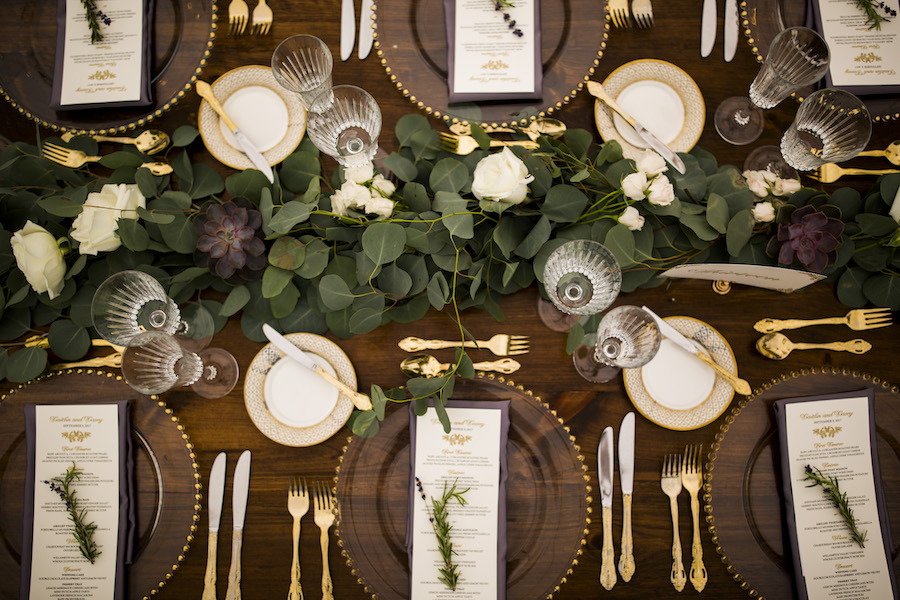 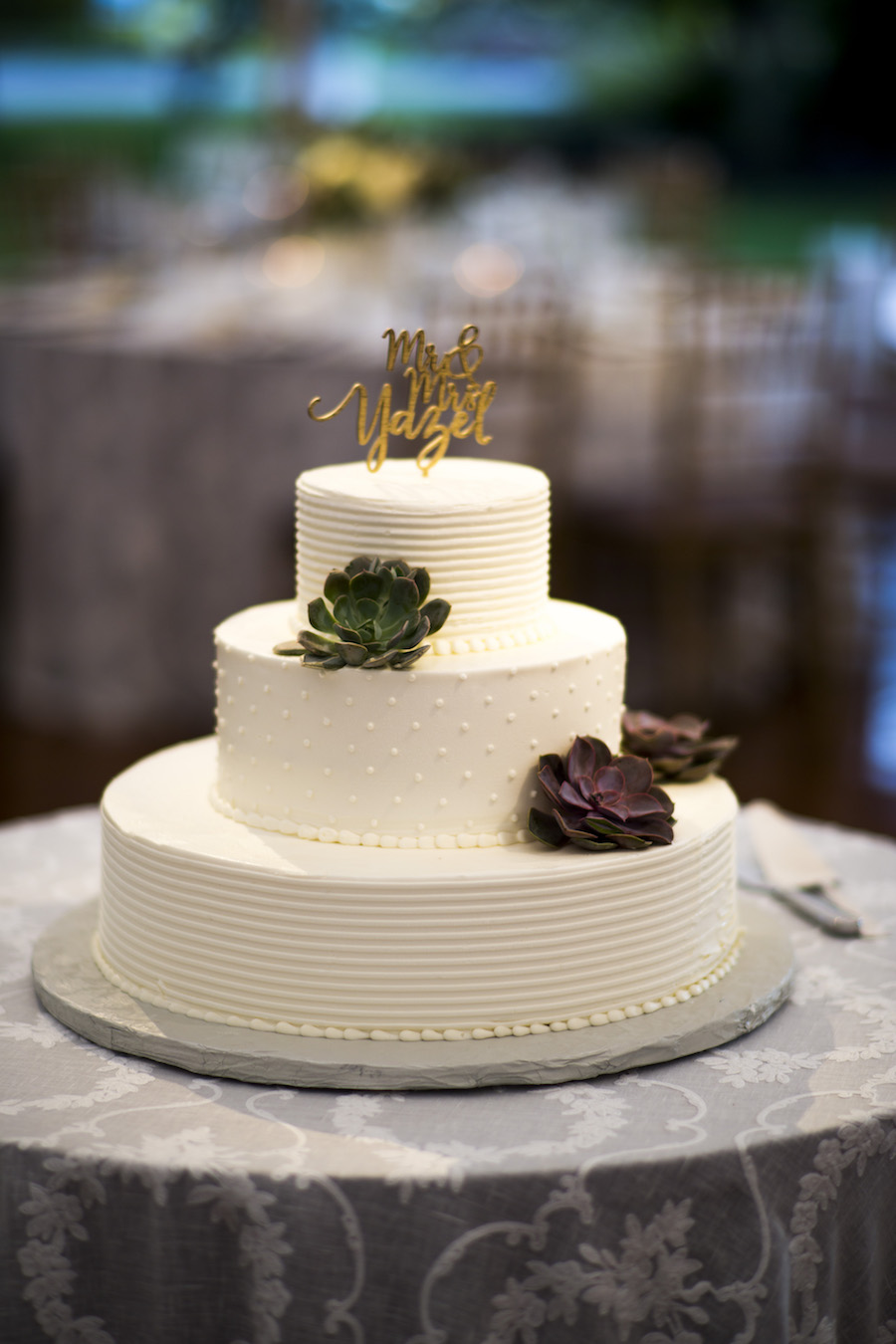 The carrot, lemon velvet, red velvet, and chocolate cake was adorned with succulents that matched the reception’s moody-yet-muted color palette. 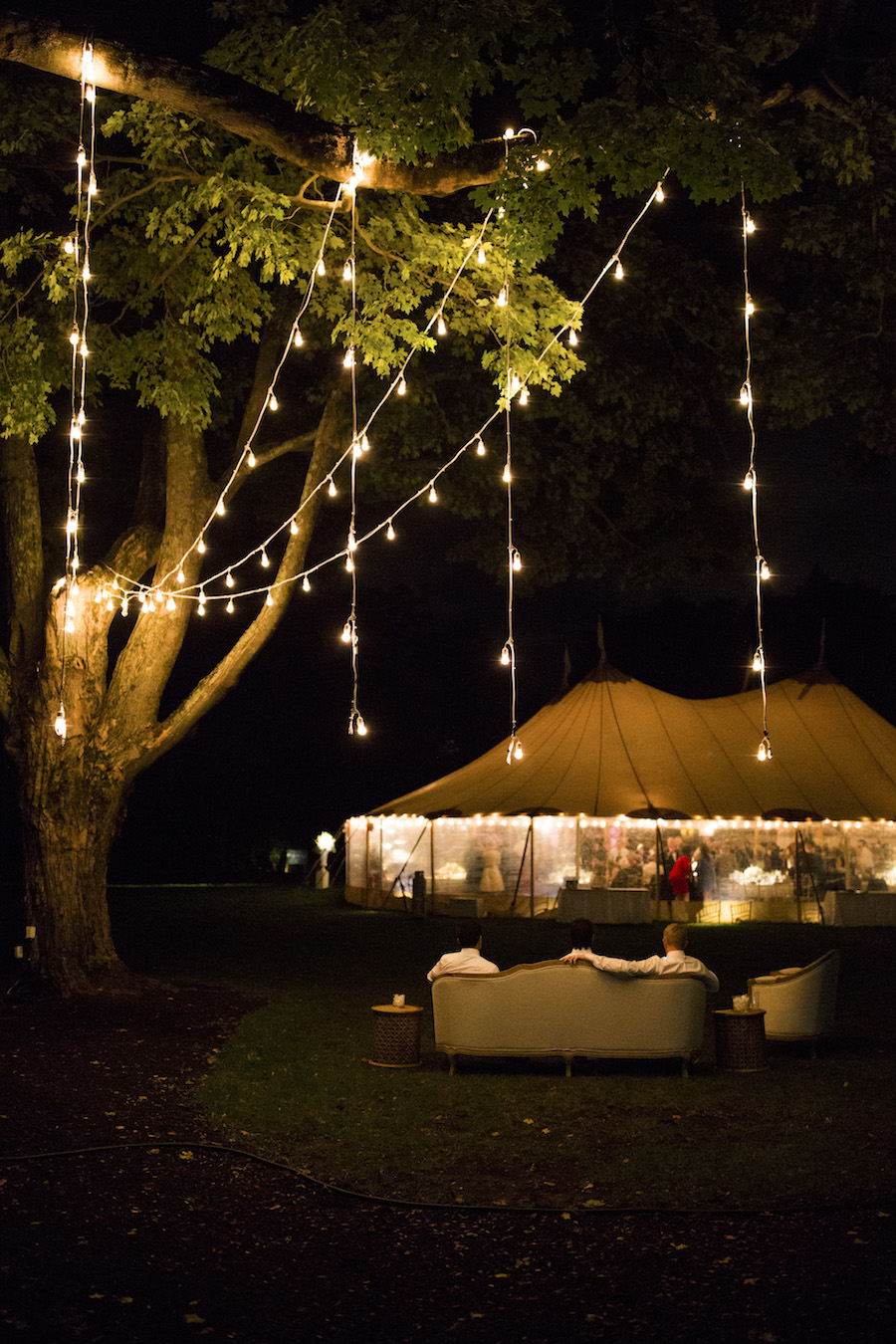 “Outside, we wanted to have a very dimly lit atmosphere with all the greenery to give it a romantic, warm feel,” Caitlin says. 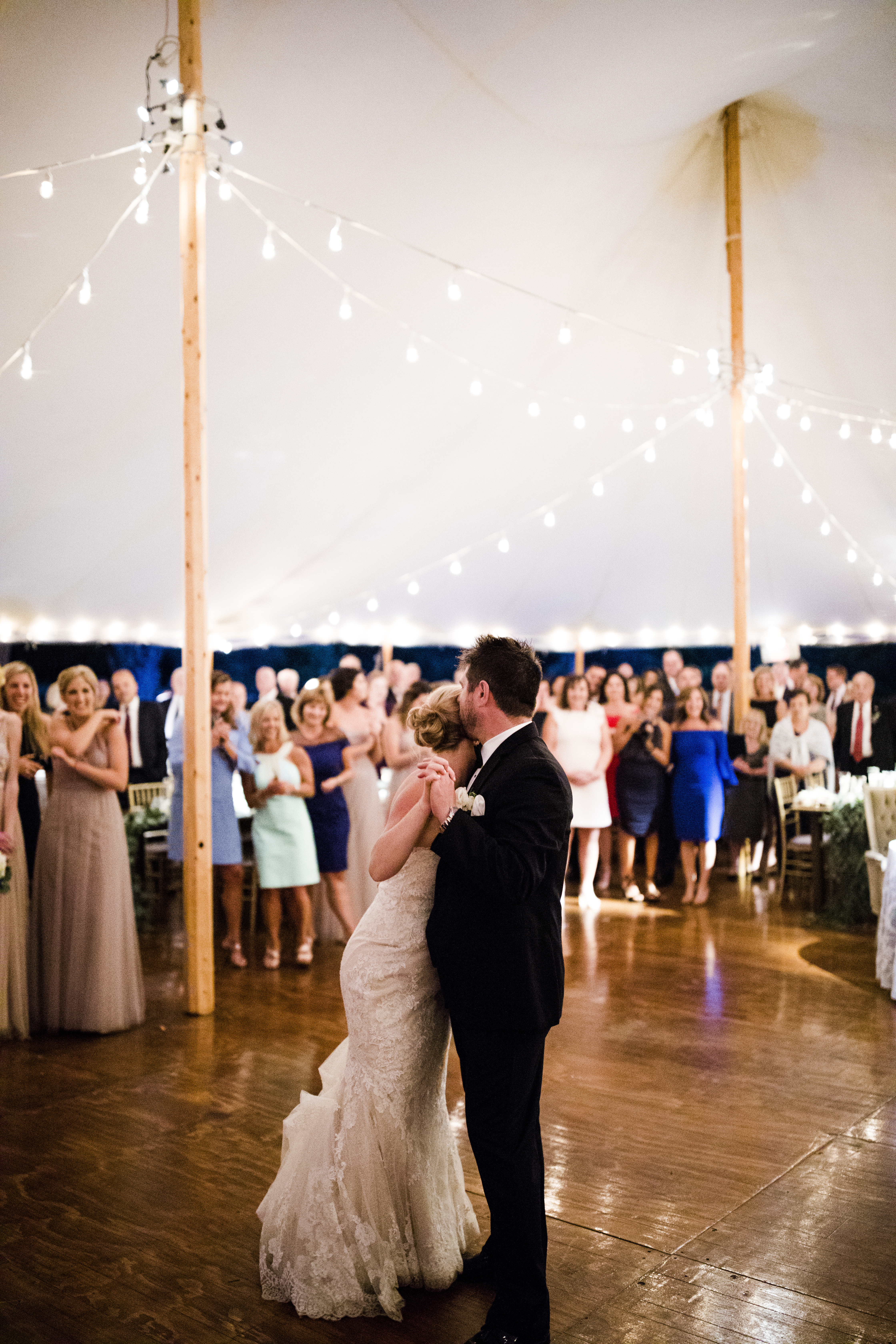 The couple had their first dance to “If I Ain’t Got You” by Alicia Keys. “It describes us perfectly as a couple and what we are most blessed with—each other,” Caitlin says.