Here’s everything we know about her wedding to Boston real estate executive Peter Palandjian. 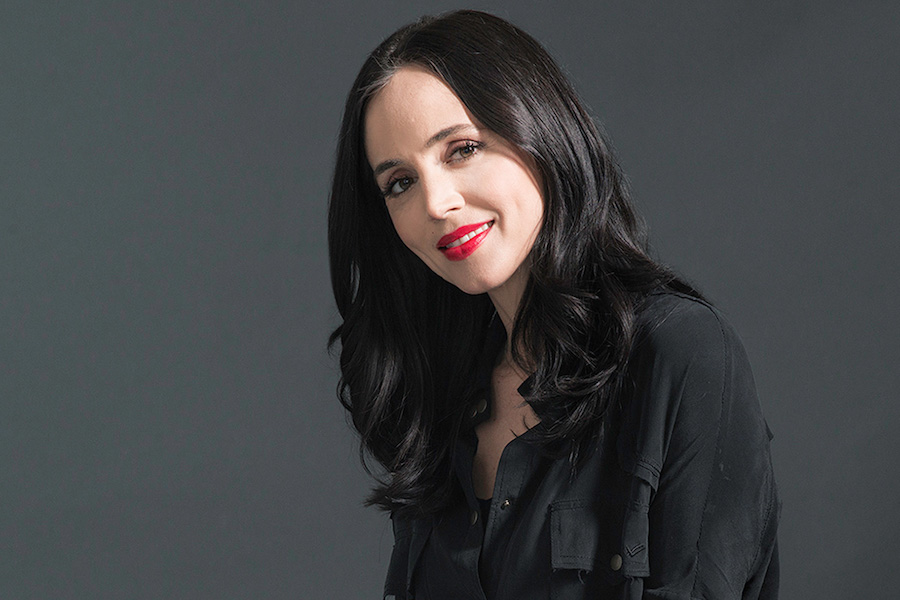 Watertown native Eliza Dushku took to Instagram yesterday to quietly let the world know that she’s married—and has been for several weeks. In a post captioned “8.18.18,” the Buffy the Vampire Slayer actress shared pictures from her August wedding to Peter Palandjian, a former professional tennis player and chief executive of Boston-based Intercontinental Real Estate Corporation.

Wearing a lace gown with a small train and cutout back, Dushku, 37, married Palandjian, 54, who sported a navy suit sans tie, in front of the fountain in the Boston Public Library courtyard, as the photos show. They stood at the altar surrounded by large planters cascading with white flowers and greenery, as well as dozens of lanterns.

Another image from the post, which has more than 44,000 likes, shows Dushku and Palandjian in an embrace in front of “Two Big Black Hearts,” a sculpture by artist Jim Dine at DeCordova Sculpture Park and Museum in Lincoln, suggesting that some part of the festivities may have also taken place there. Dushku also posted a photo of her orange, green, and gold place setting, with a menu reading “Eliza Dushku-Palandjian.”

The most unexpected photo within the series shows the pair, with Dushku dressed in all-white athletic gear, on a tandem bicycle inscribed with their wedding date. The bicycle also has a Massachusetts license plate with the phrases “Just Married” and “Peliza,” which seems to be their chosen celebrity couple name. Dushku also posted a photo of a flag for “Boston Bike Party,” a volunteer-run social group that meets the second Friday of every month in Copley Square. The couple likely participated in the ride on the eve of their nuptials. In a video posted on August 18 on Facebook, the pair can be seen quietly peddling among a lively crowd on Surface Road near Rose Kennedy Greenway.

Dushku posted on Instagram in June of last year to announce the couple’s engagement, writing “YES!!” Absolutely, my love.” Along with a series of hashtags foreshadowing their local nuptials “#BostonBorn #BostonBred #BostonSoonToBeWed.”

This is the first marriage for Dushku, and the second for Palandjian, who has four children from a previous relationship.