Enchanting florals set the scene for a beautiful barnyard bash in the Berkshires. 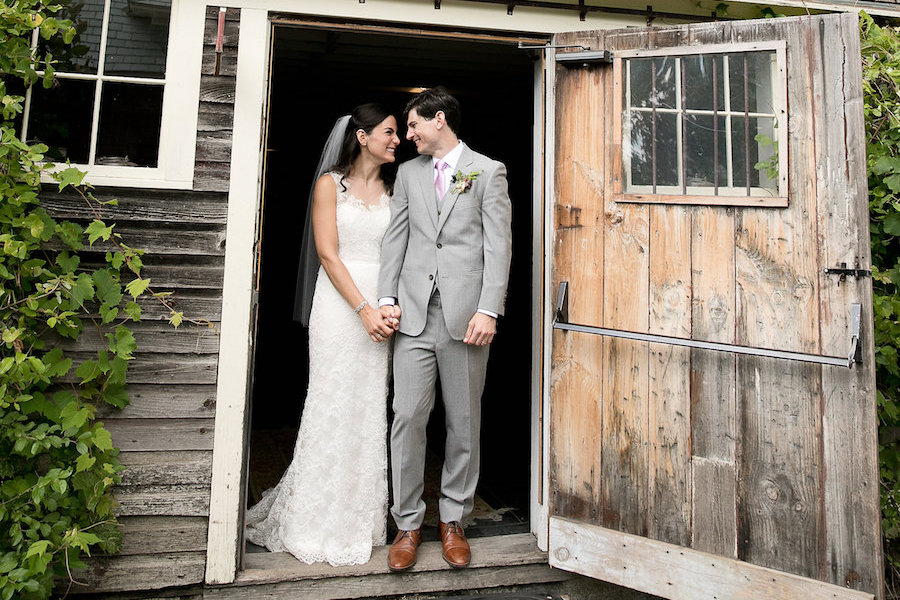 Zakieh Bigio and Zach Klurfeld often joke that their story began with “two men who loved each other very much.” And it’s true: Zakieh’s father and Zach’s uncle had known each other for 35 years when they decided to set the two up. So Zakieh and Zach met for coffee on a snowy Sunday in March 2015, and ended up talking for hours. “I wasn’t thinking that it was going to be anything serious, but then we hit it off,” Zakieh says. By Thanksgiving of the following year, the two were engaged. They’d always planned to celebrate the news with their families, so Zach proposed to Zakieh in their apartment the night before the holiday, and they announced it the next day. “The closeness of everyone has made the combining of families so seamless,” Zakieh says. “We’ve felt so supported from the beginning.”

Although the couple describes themselves as “on the private side,” Zach and Zakieh wanted to share their wedding day with their families, too. Since Zakieh had lost her mother four years prior and Zach’s parents passed away when he was a teenager, being surrounded by their loved ones—all 275 of them—on the big day felt right. “We would have been happy with a small ceremony,” Zakieh says, “but I think given the losses each of us had faced, the chance for our families to come together and celebrate was so special.”

When the time came to choose a venue, the New York City-based couple was looking for something a bit “quiet and reflective.” Once again, Zakieh’s father Jack found her perfect match: While visiting friends in the Berkshires, he went—without an appointment—to take a peek at Gedney Farm, in New Marlborough. Jack told Zach and Zakieh that he’d found their wedding venue and, when the couple went to see it for themselves a few weeks later, they booked it right away. “It just checked all of our boxes,” Zakieh says. They had a cozy ceremony in the farm’s renovated horse barn, then dinner and speeches in a tent outside. After that, it was back inside for four hours of uninterrupted dancing. “The band just played the entire night,” Zakieh says. “It was so, so much fun.” 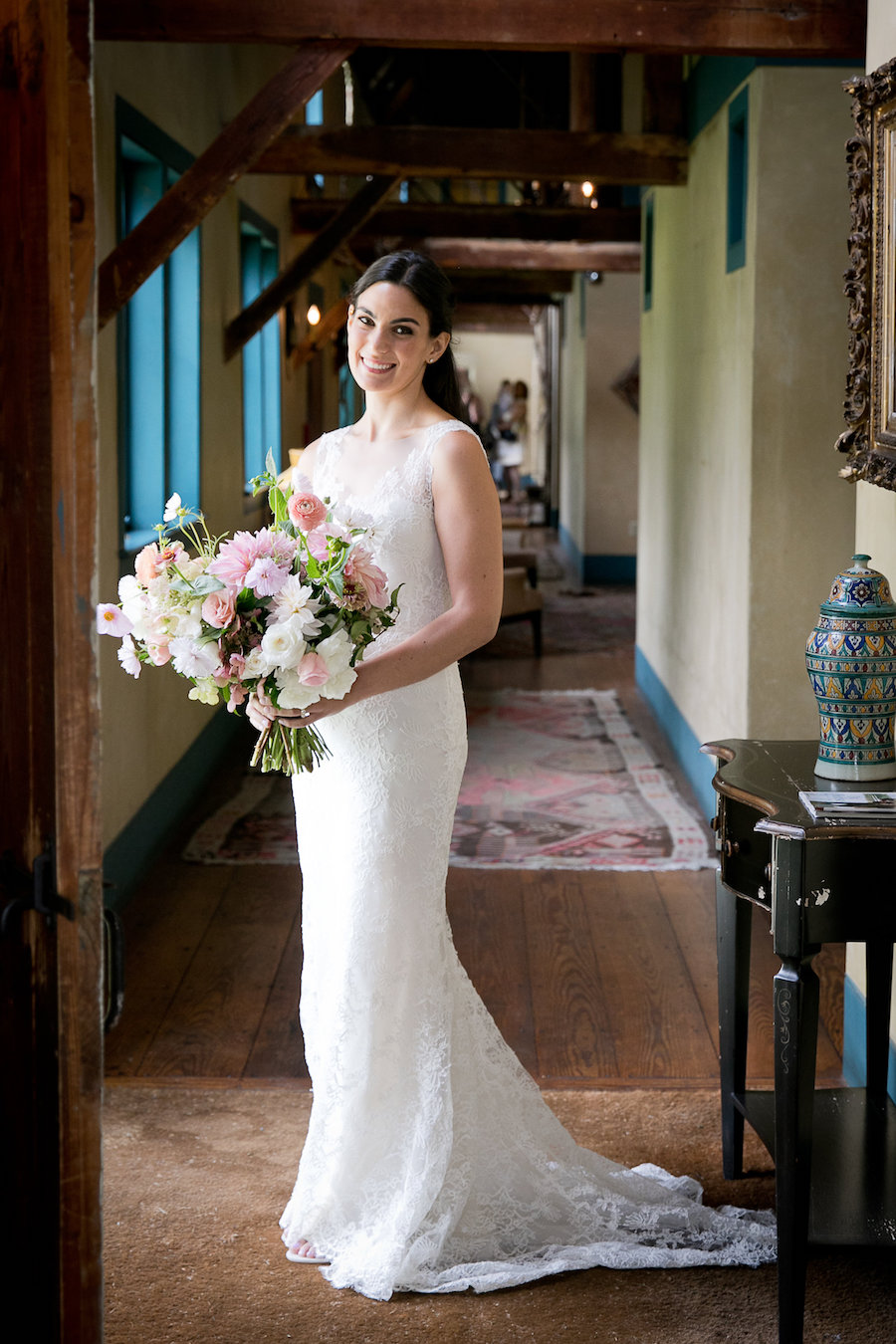 Zakieh chose her Amsale dress, which she found while shopping with her sister and teenage brother, because it was “sweet and a little playful,” she says. “And I could really move in it.” 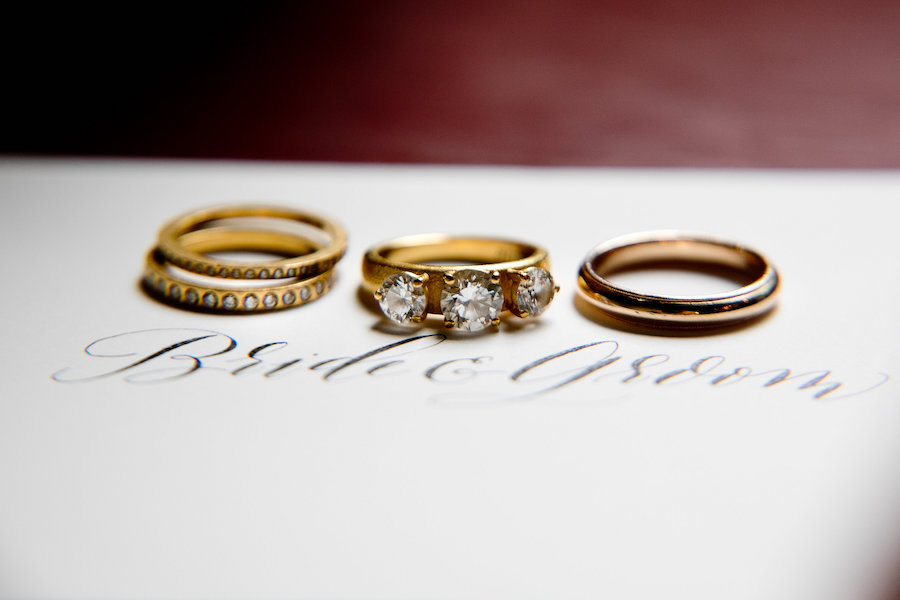 Zakieh’s wedding bands were dreamed up for her mother by her father, who is a jewelry designer. He also created her engagement ring using diamonds that belonged to her mother, and resized Zach’s father’s wedding ring for the groom. 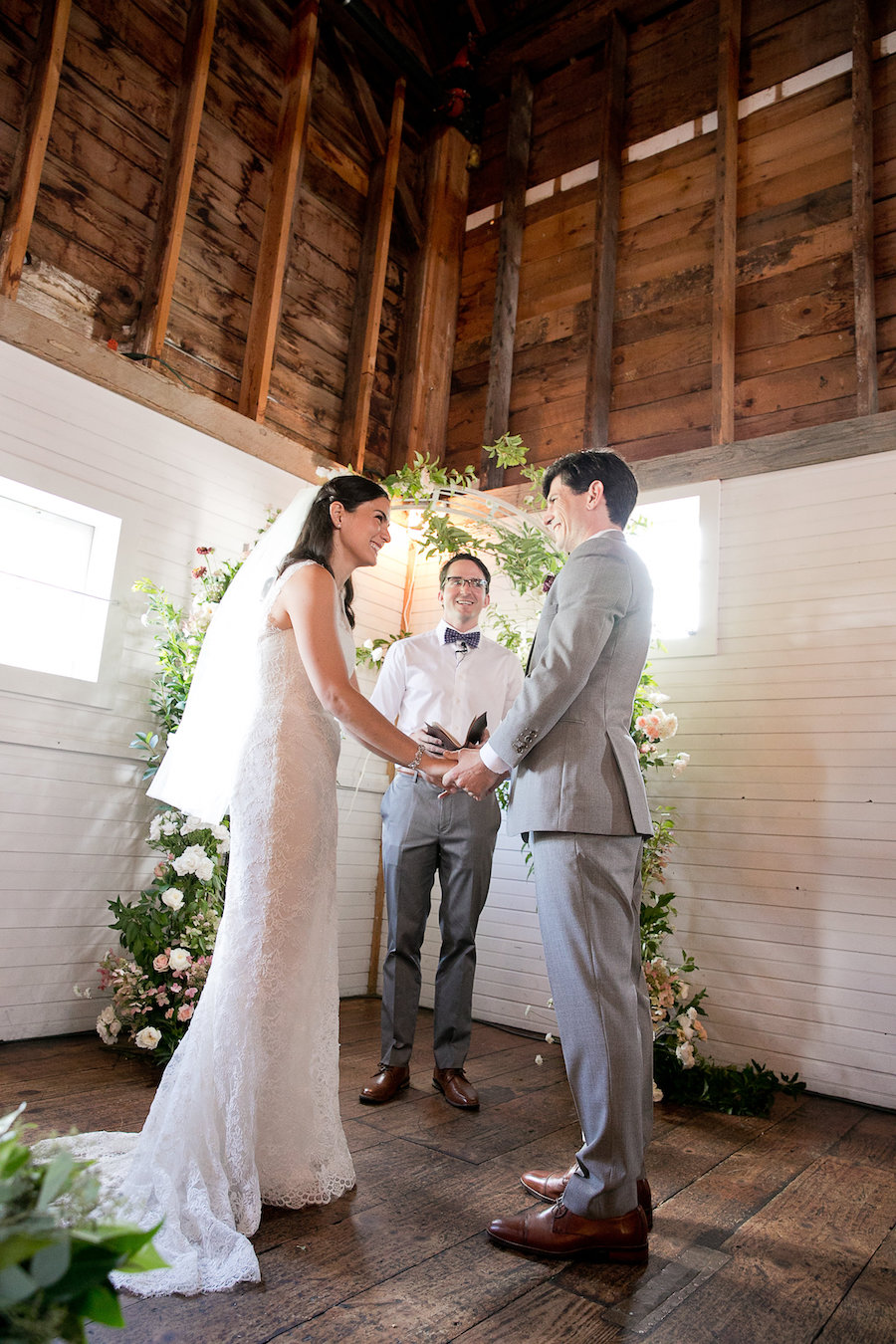 Zach’s friend David, who he’s known since third grade, officiated the wedding ceremony. “We wanted someone who knew us both well,” Zakieh says. “He really saw our relationship progress.” 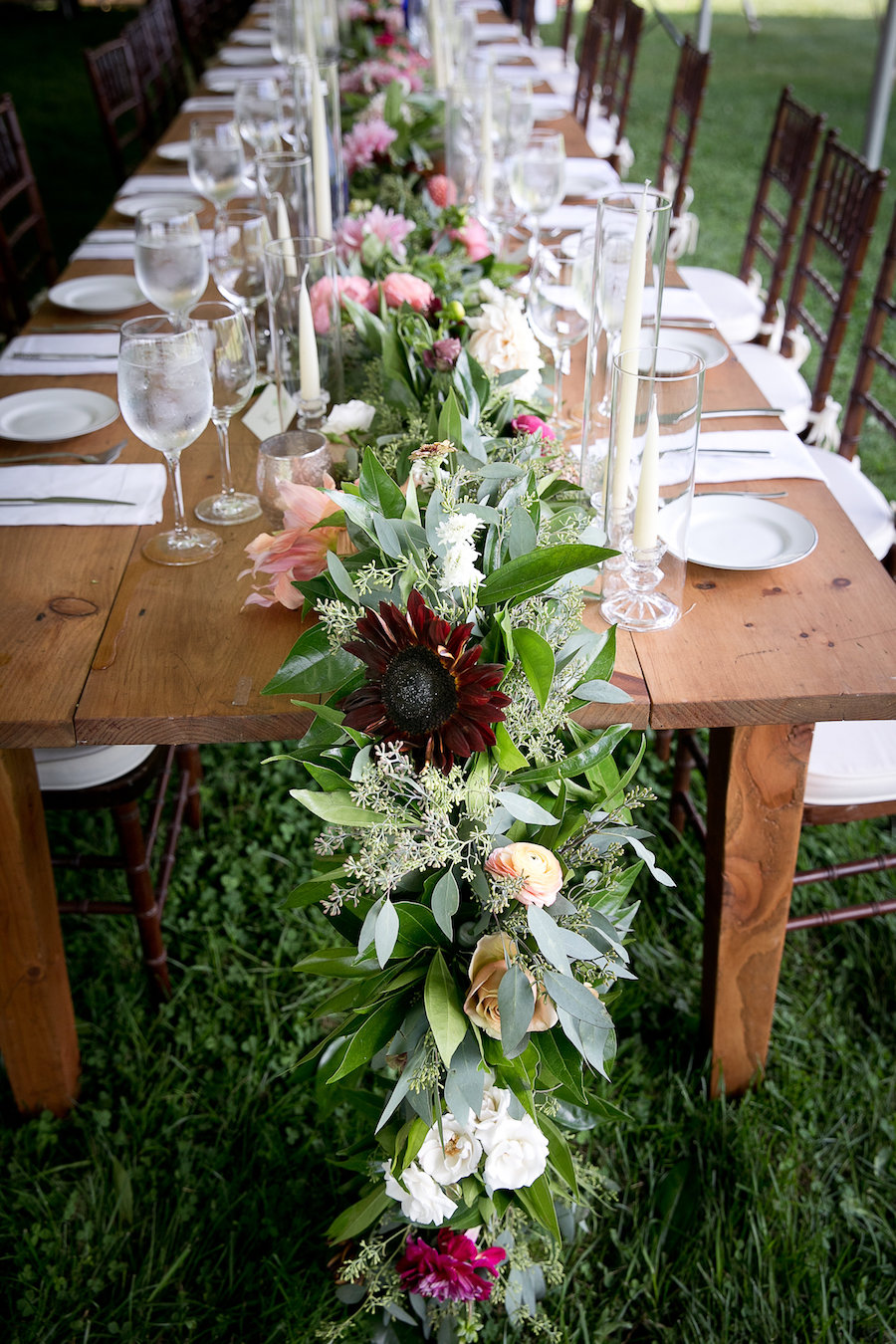 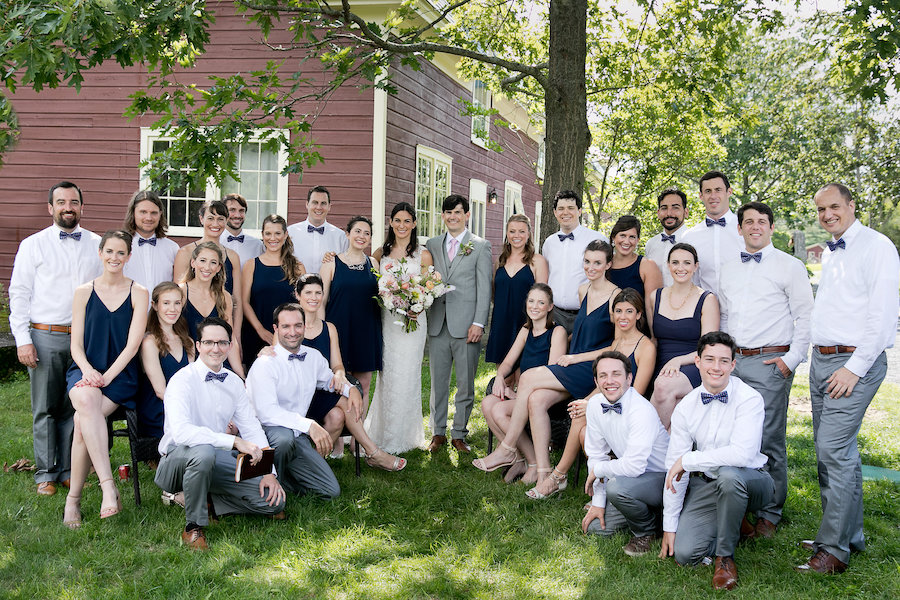 “We didn’t want to be fancier than the venue itself,” Zakieh says, so bridesmaids wore navy tank dresses from Alice & Olivia, and the groomsmen nixed jackets. 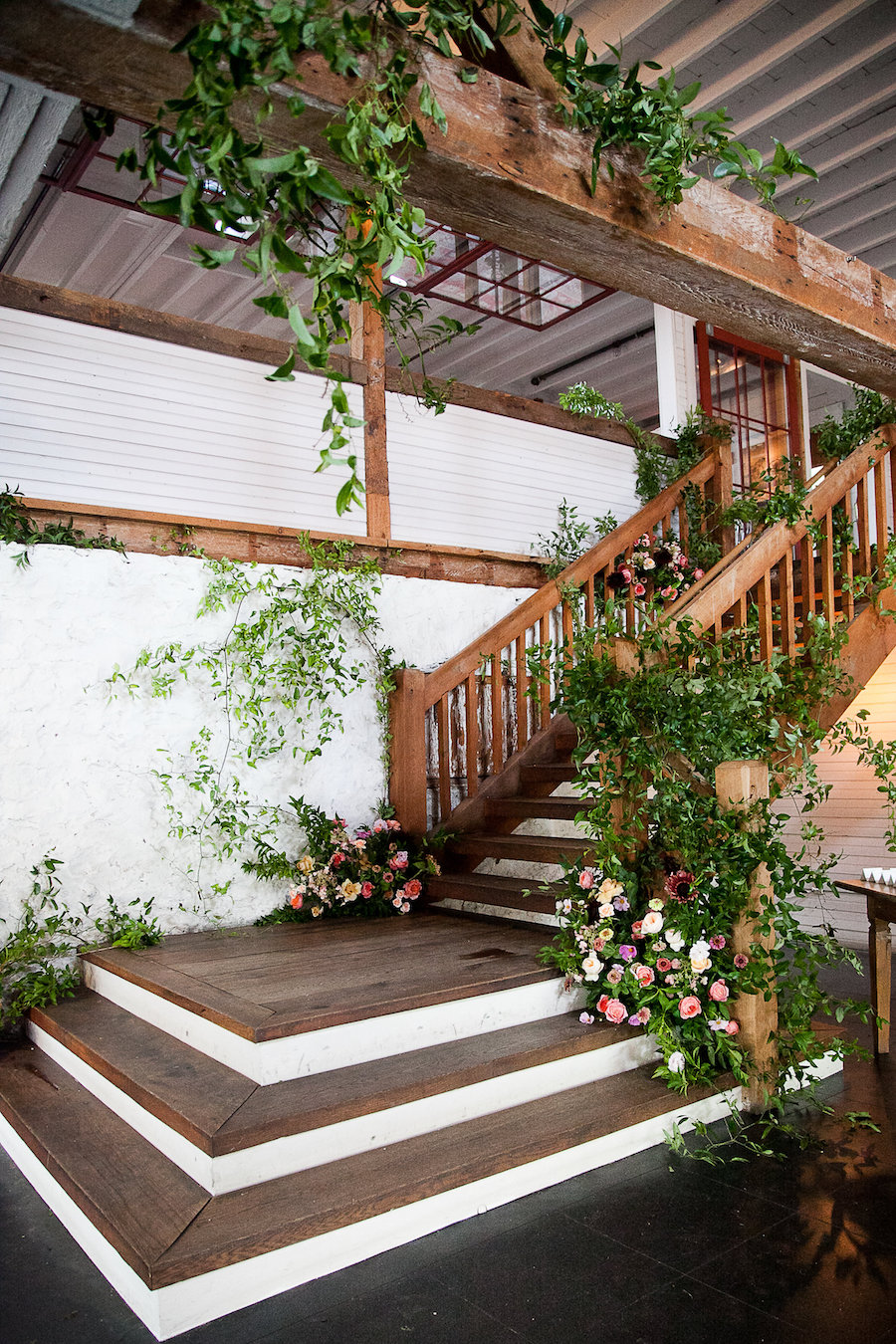 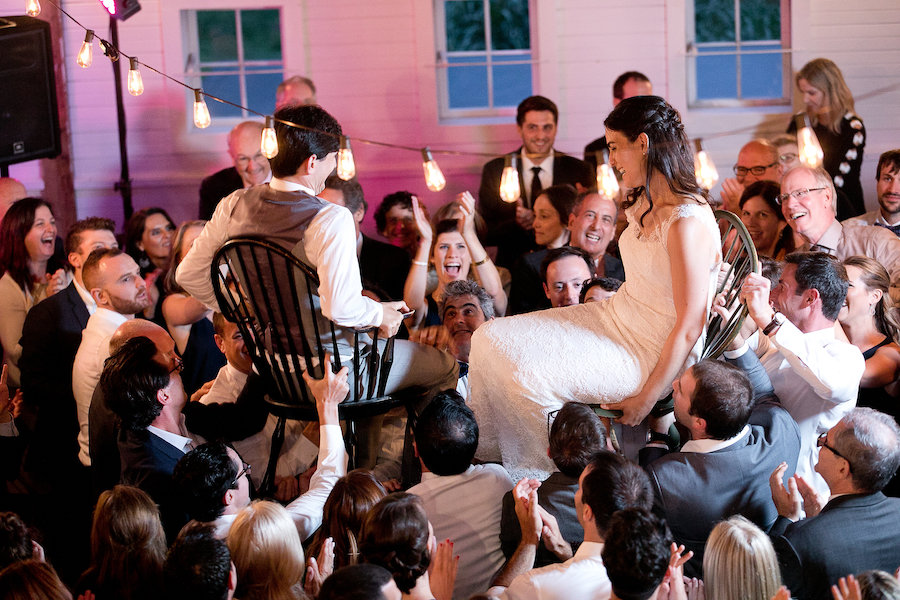 After the couple’s first dance, the crowd took to the floor for the Hora—a traditional Jewish circle dance. “When we think about what makes a great celebration, the Hora really comes to mind,” Zakieh says.