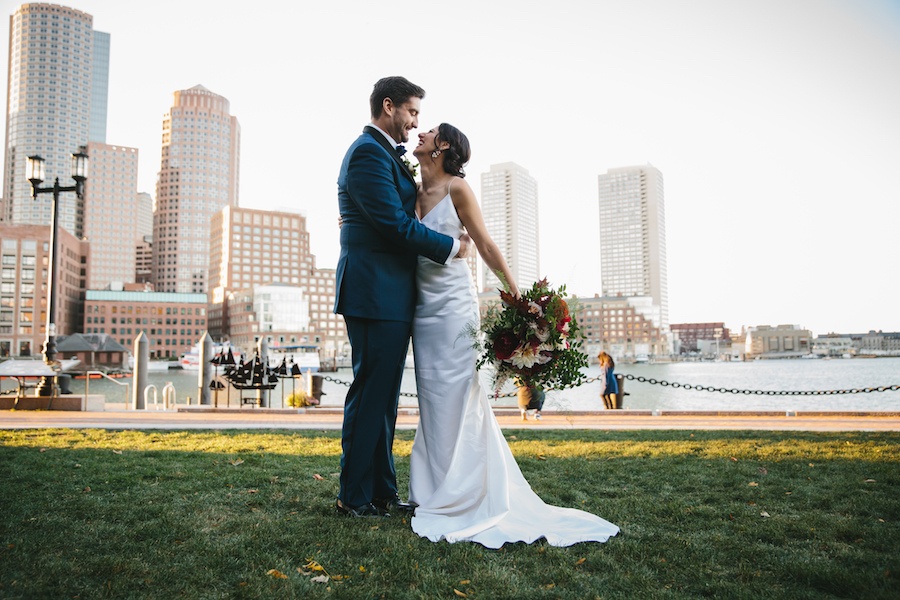 When Sarah Zaharoff showed up at her uncle’s house for a birthday barbecue her family was throwing in her honor, she was in what she calls “a really grouchy mood.” That all changed after dinner, though, when someone suggested they Skype her sister, who was in Israel at the time, so that she could be included in the festivities. “It’s all kind of a blur after that,” Sarah explains, but needless to say, her then-boyfriend Justin Dollive got down on one knee and proposed with both of their families present. “The whole thing was totally surreal. My little cousins still make fun of me because I was sobbing, like ugly crying, for so long,” she says.

After the excitement of their engagement sunk in, the couple sat down and outlined their wedding day priorities: “family and friends, good food, and killer music,” Sarah says. That all came together at the State Room, a sleek space with skyline views located near Government Center. The couple lives in Seattle, but Sarah—who grew up in Easton—knew she wanted to get married in Boston. Her family helped out with their initial venue scouting, and after they saw the State Room, Sarah’s father called immediately to tell her they may have found the one. When the couple flew into town to see it for themselves, they were sold. “It was really the views,” Sarah says. “If you’re having a Boston wedding, you can’t get more quintessential.”

Since the pair were planning a fall celebration, they wanted the modern, open venue to feel cozier and more intimate. Cue the softly lit candles, loose floral arrangements, and warm uplighting that they included throughout the space to set the mood. “It was freezing outside, so we wanted everyone to feel really comfortable and happy to be drinking and eating and dancing with friends,” Sarah says. 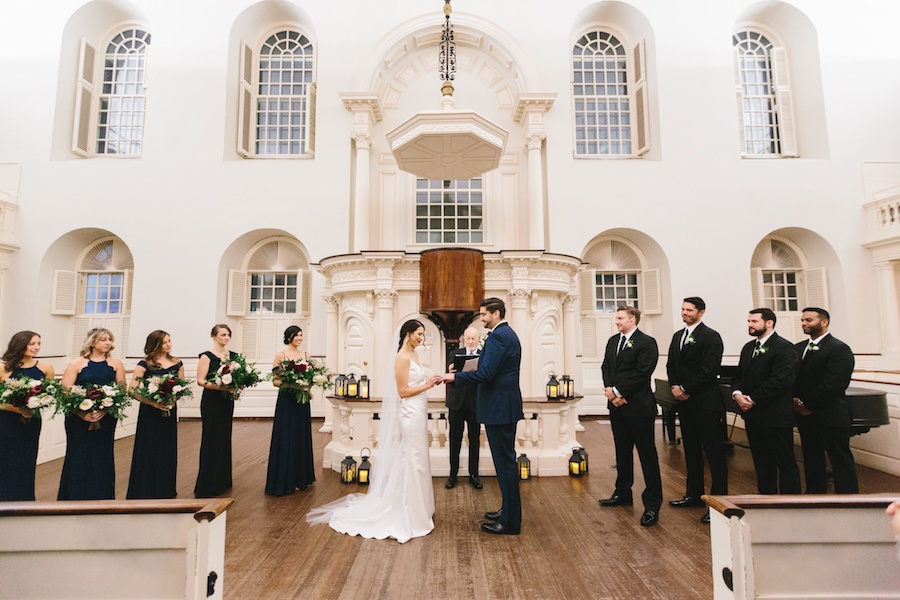 Sarah’s 90-year-old grandfather, who has been married to Sarah’s grandmother for more than 60 years, officiated their ceremony at Old South Meeting House. “We thought, who better than someone who has been in a wonderful, loving marriage for that long,” Sarah says. 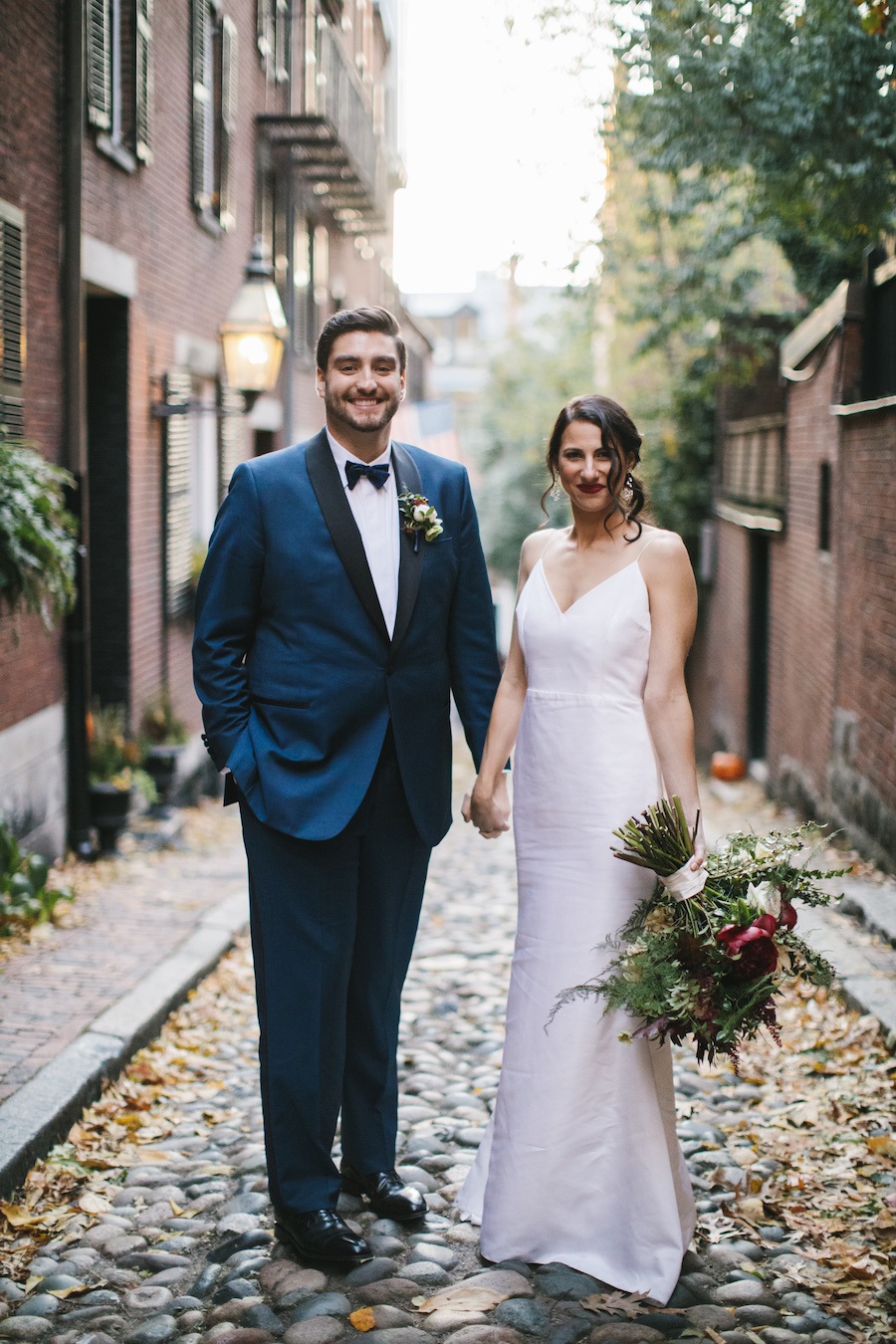 Accompanied by her mother, father, and sister, Sarah went wedding-dress shopping while visiting Boston for Thanksgiving. She found her simple and classic Alexandra Grecco gown at Ceremony, the first shop she visited. 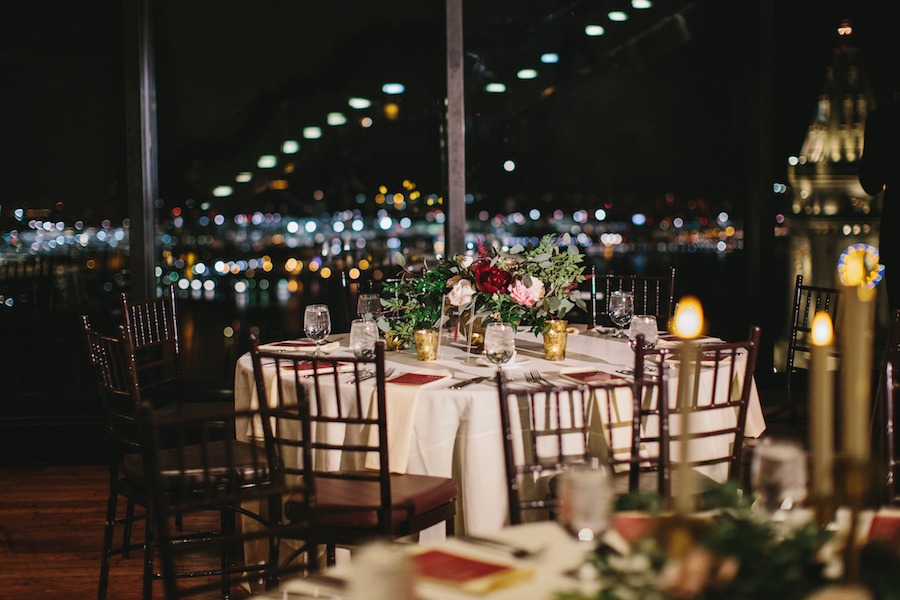 The couple adorned their tables with gold votives and loose, natural-looking arrangements that appeared as if they were “reaching out to greet people as they were eating,” Sarah says. 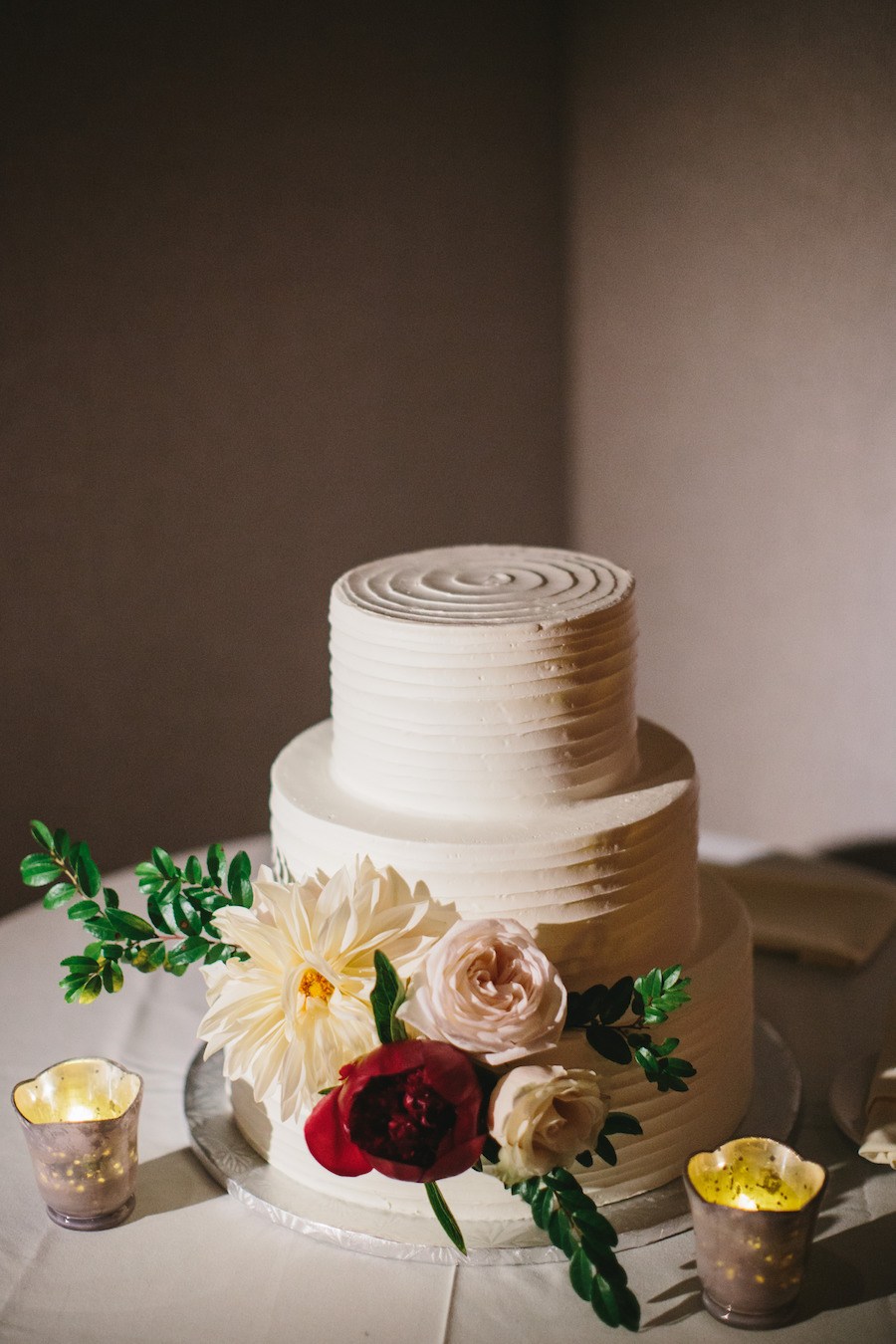 Fresh flowers accented the couple’s chocolate-with-vanilla-buttercream cake, which Sarah admits she never got a chance to try. “We were dancing the entire night!” she says. 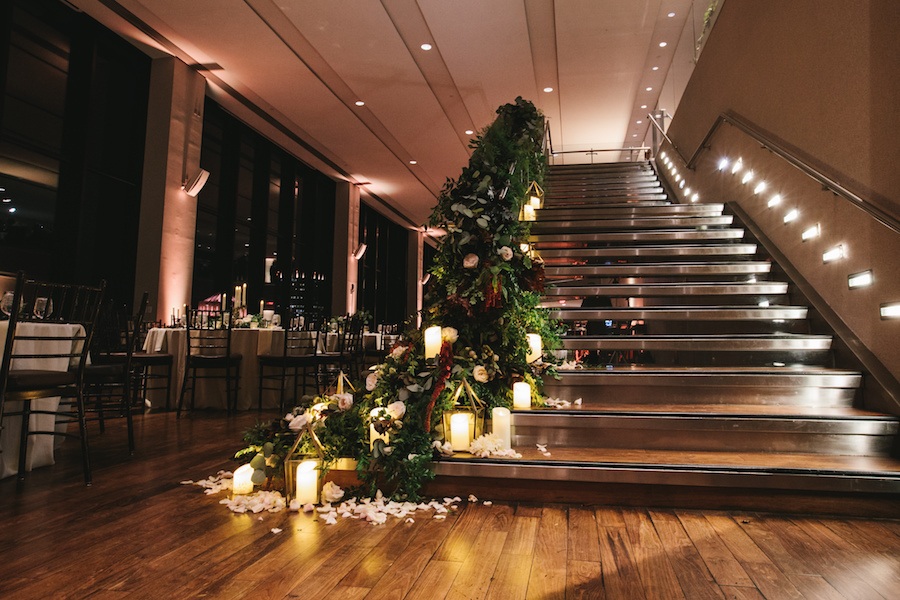 Sarah says she was “speechless” when she saw the staircase installation Poppy Floral created with cascading roses, peonies, eucalyptus, and glowing candles. “Oh my god, they created magic. It was unbelievable,” she recalls. 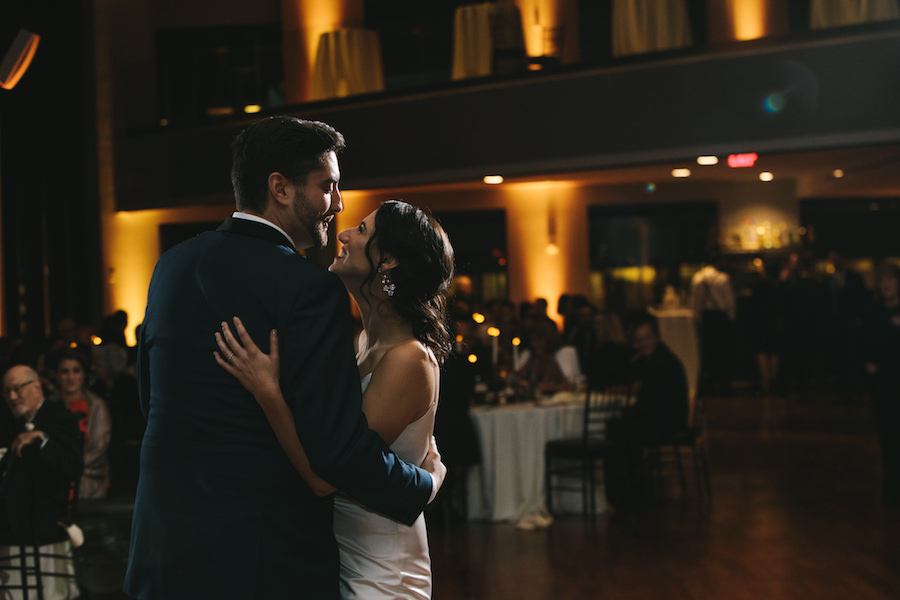 Lively jazz, soul, and Motown music provided the soundtrack to Justin and Sarah’s reception, where the pair had their first dance to Aretha Franklin’s version of “You Send Me.”