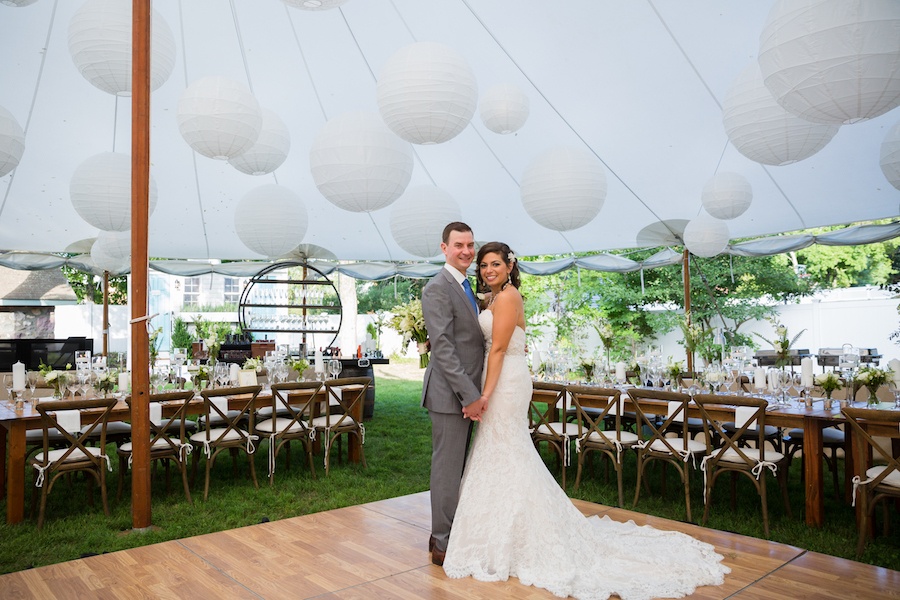 Chris Cipriano & Steve Curtis’s love story was decades in the making. They met in seventh-grade homeroom in 1995, when Chris asked Steve out in a handwritten note. He said no. “It was the awkward seventh-grade years. No one is making good decisions back then,” Steve says. Despite the rejection, the pair remained friends, even while they dated other people. In November 2016, Steve was preparing to move to Boston, where Chris—who has three children from a previous marriage—had already relocated. On the night before Thanksgiving, Steve and Chris went to a bar with a group of friends in their hometown on Long Island. That night, their friends predicted the two would get together, and “sure enough they had it right,” Steve says. They went on their first date in February, almost immediately after Steve moved to Boston. “We saw each other pretty much every day after that,” Chris says.

When the couple discussed getting engaged, Chris often said she “didn’t need a ring and would gladly take a Ring Pop.” On the night of their one-year anniversary, Steve—who adopted Chris’s children—brought the kids into the kitchen while Chris stood waiting in the hallway. They emerged minutes later, Ring Pops in hand and said, “Daddy has a question for you.” Steve then got down on one knee and proposed—with a real ring.

The pair married six months later at their home in Canton. “We love to host, so it just felt natural to have it in the place where we’re going to continue to do that and build our life together,” Steve says. Having a backyard wedding wasn’t as simple as it sounds, though: They’d only just closed on the house when they’d gotten engaged, so wedding planning and remodeling happened simultaneously. “Part of our wedding planning process was making sure our landscaper knew when the deadline was. We were like, ‘This needs to get done,’” he recalls. It all came together in the nick of time, under a lantern-filled tent with vineyard-inspired decor and playful kid-friendly details. “We stopped a number of times throughout the night and just stared, like, ‘How is this our backyard?'” Steve recalls, “It was magical.” 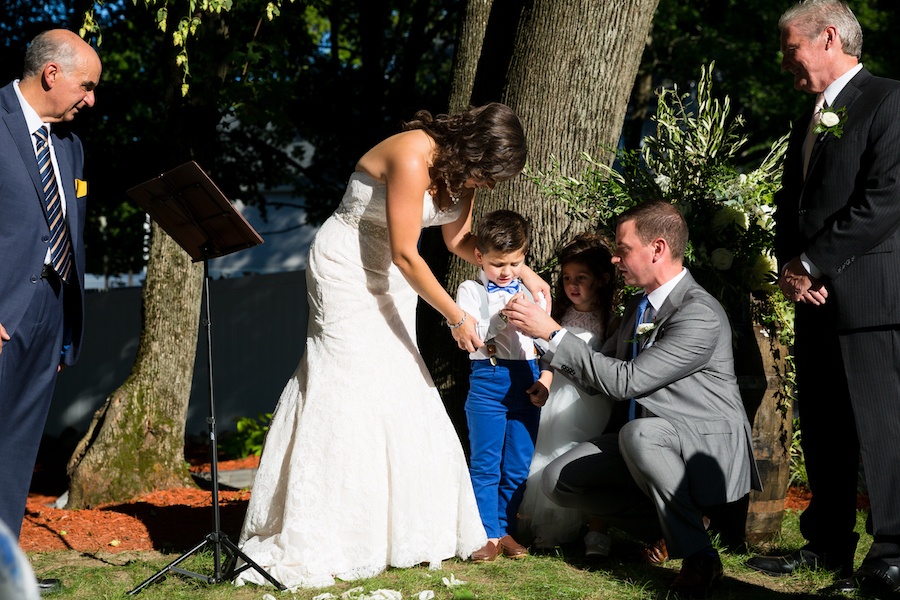 Chris’s father and Steve’s father co-officiated their wedding ceremony, during which the couple also presented their children with engraved bracelets. “This was really the marriage of our entire family,” Chris says. 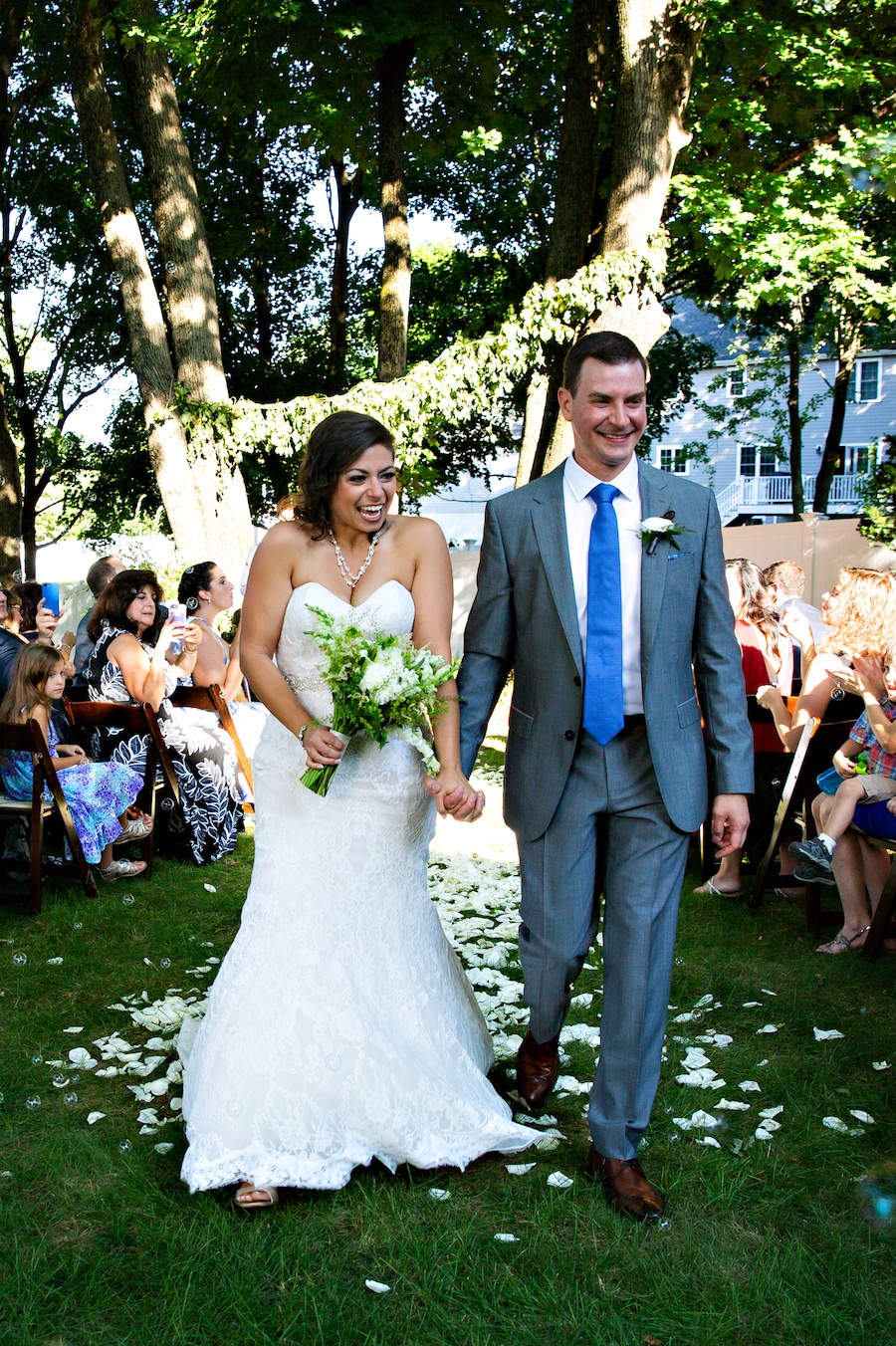 Chris found her lace Maggie Sottero dress while shopping with Steve’s mother and sister, her own mother, and her daughter Eleanor. It was the second dress she tried on, and she knew it was ‘the one’ right away, but tried on a few more “to make Eleanor happy. She was picking out all these crazy things,” Chris recalls. 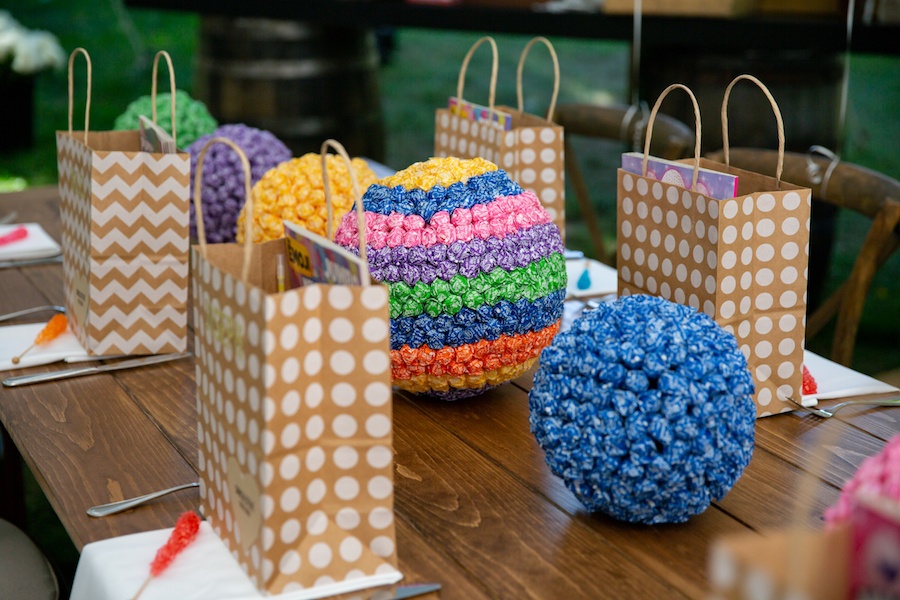 Chris wanted each of the 24 kids invited to the wedding to have their own “busy station,” which included platters of grilled-cheese sandwiches, lollipop balls, ring pops, and coloring books. “We probably over-sugared them,” Steve says, “But they had a blast.” 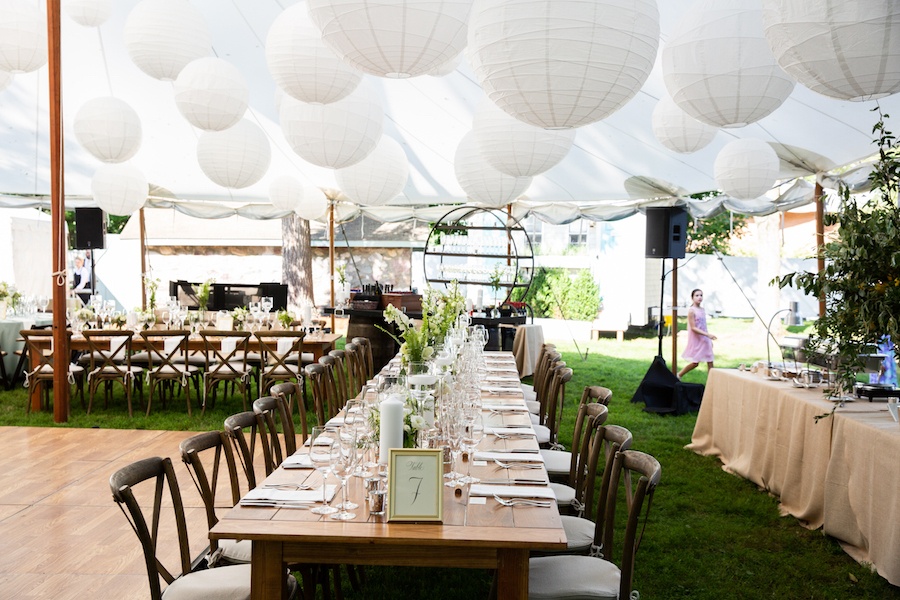 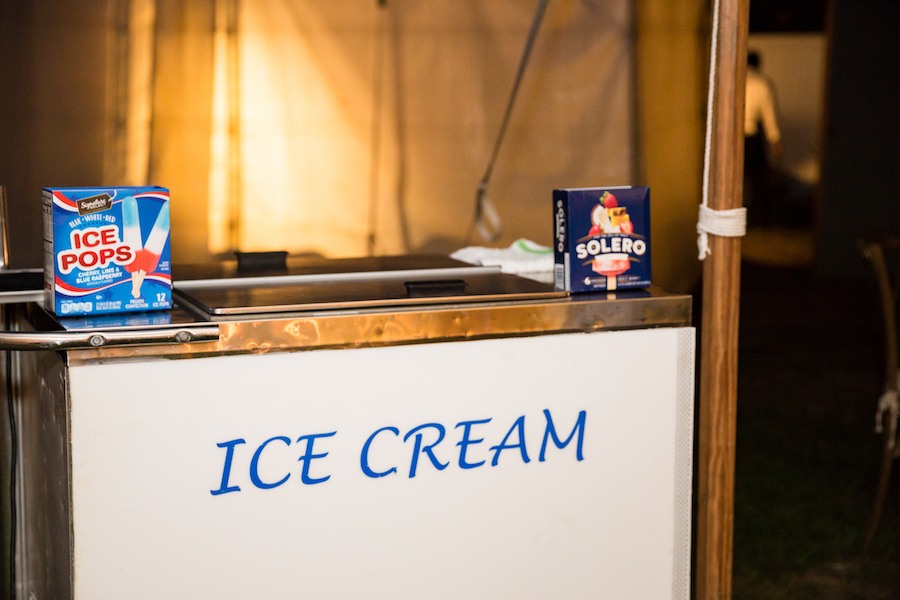 Instead of having a cake, Chris and Steve’s wedding featured an ice-cream cart and other hand-held treats such as vegan cupcakes, soft pretzels, and popcorn. “We didn’t want to disrupt the flow of everyone out on the dance floor,” Steve says. Since their children have food allergies, the entire wedding was also egg and nut-free. 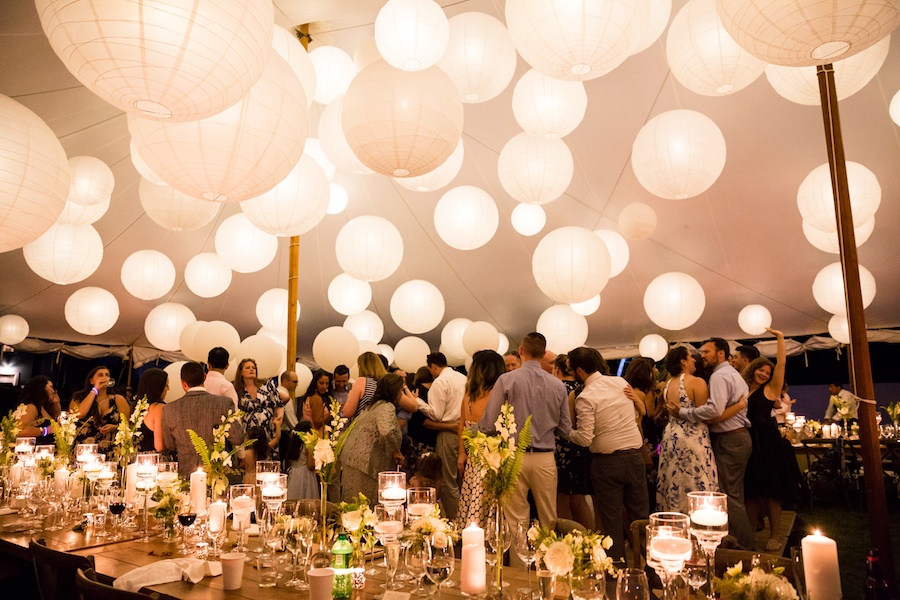 “I’d said I wanted a big tent with twinkly lights where we’d all dance until dawn, but our planner Sara totally surprised us with those big balloons and lanterns,” Chris says. “They were gorgeous.”