In the city, on a mountain, or by the sea—these New England backdrops are straight out of a snow globe. 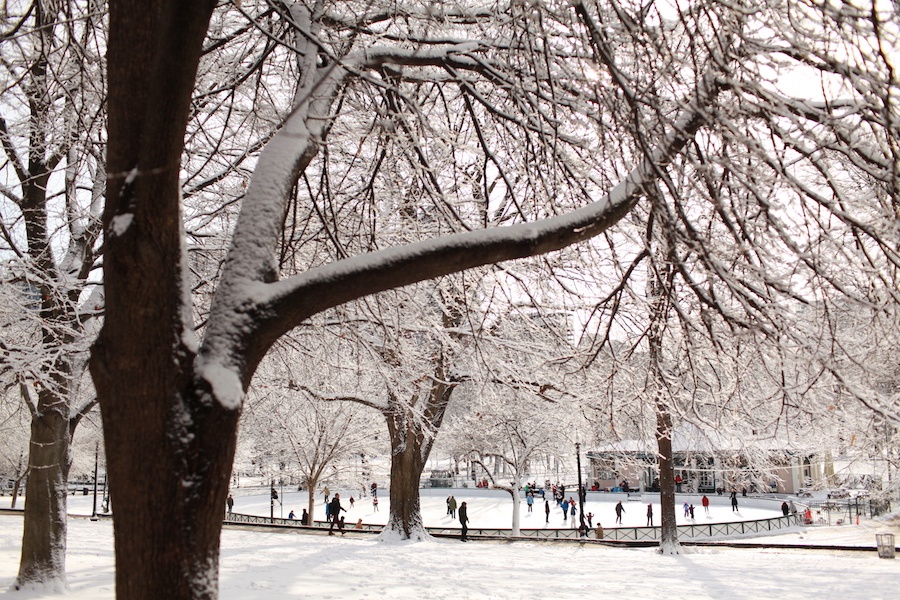 The Boston Common and Public Garden
Here, find a seemingly endless array of quintessentially Boston settings, all of which are guaranteed to sweep you off your feet. Lace up your skates and glide gracefully along the Frog Pond (or clutch each other tightly while you attempt to stay upright), and stroll along the Boston Public Garden Footbridge, which becomes all the more dazzling with a light dusting of snow. Then, once you’re ready to thaw out, cross Tremont street and head to Thinking Cup for some cozy indoor shots.

A New England Lighthouse
Yes, this is a guide to winter engagement shoot locales, but that doesn’t mean you should write off the idea of a seaside photoshoot. Think snow-covered cliffs, glistening seas, and plenty of peace and quiet without flocks of tourists photobombing your every snapshot. Any of New England’s lighthouses will serve as a breathtaking background, but one of our favorites? Nauset Light in Eastham. Don your Bean Boots and your toastiest knit, and head to the 48 foot tall red and white tower, located about 300 feet from the sandy shoreline of the Atlantic. 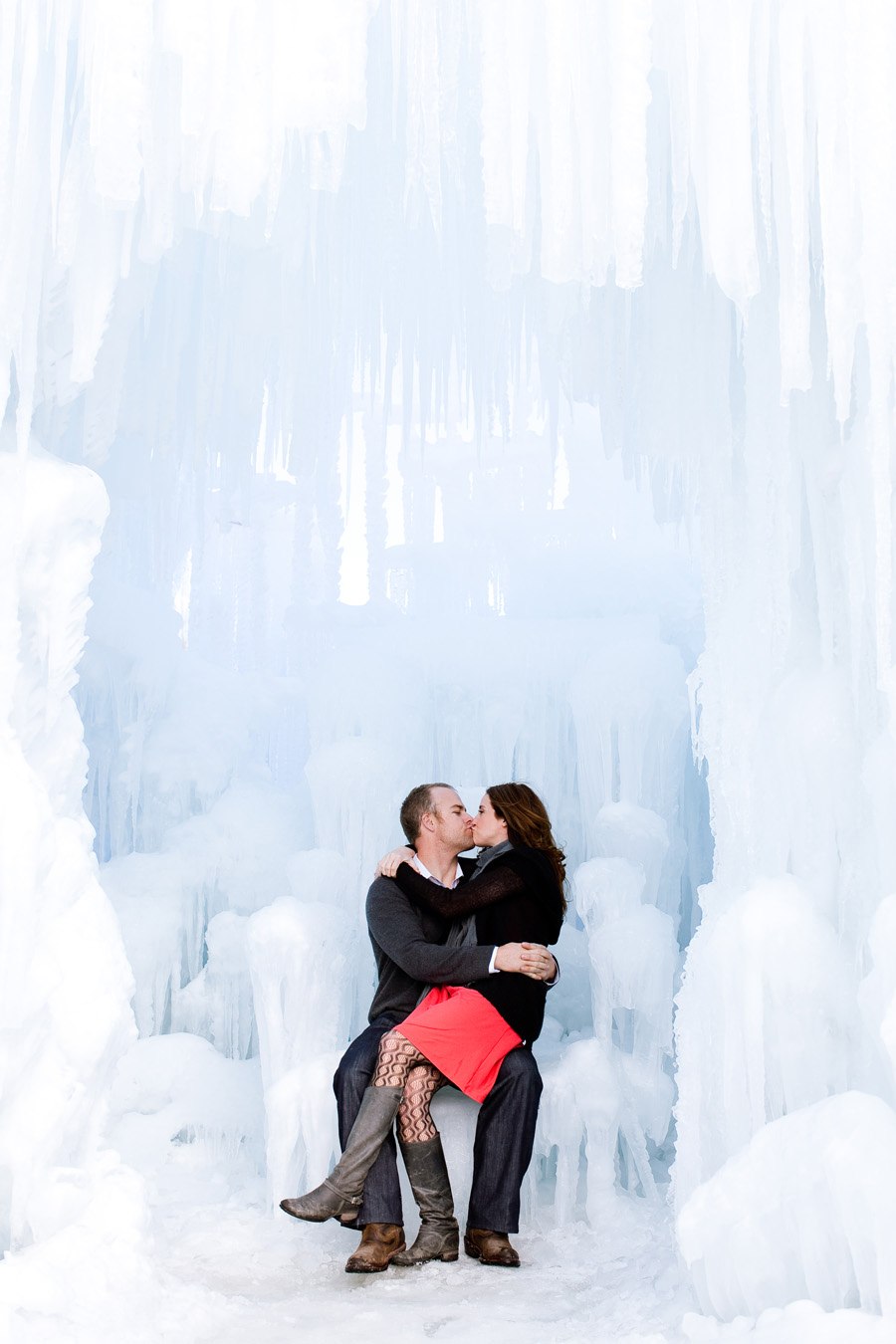 Ice Castles
This seasonal attraction, nestled within New Hampshire’s White Mountains, is a true winter wonderland. Here, find several can’t miss photo-ops including sky-high structures made entirely out of ice, cozy LED-lit caves, and winding tunnels with gigantic glittering icicles. One detail to know before you go: No lighting equipment or tripods are allowed during opening hours. You can, however, request a private shoot by reaching out to the company.

Christopher Columbus Park
One reason to make your way to the city’s waterfront on a cold winter evening? Christopher Columbus Park’s glowing 260-foot-long harbor-side trellis. Starting in November each year, the 260-foot structure is lit up with 50,000 blue lights, which provide a gorgeous glowing backdrop for your photos as the lights recede into the distance towards the city. Afterward, snap some shots as you stroll along the historical streets of the North End.

Stowe, Vermont
This charming town in northern Vermont offers photo-ops for adventure-seekers and laid-back couples alike. Capture your romance on the slopes of Stowe Mountain Resort or Smugglers’ Notch Resort, or amble around the quaint village’s downtown area, which is lined with festive storefronts and charming inns. One final spot that’s not to be missed? Gold Brook Bridge, also known as Emily’s Bridge, which (though rumored to be haunted) offers a scene straight out of a snow globe.