What Do You Get When an Event Planner Dreams up Her Own Wedding?

A gorgeous Four Seasons soiree with a rose-covered chuppah and a tasty dessert table. 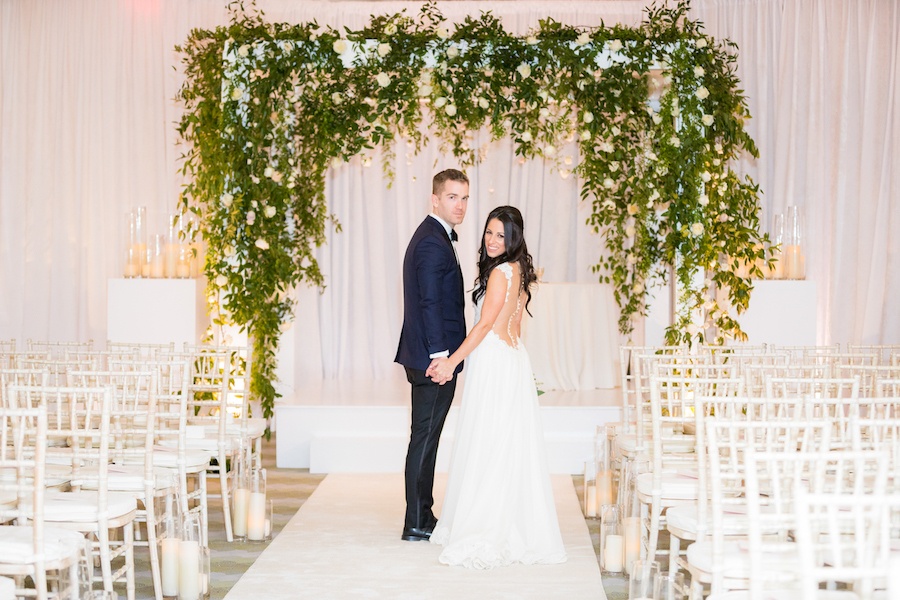 Marne Rubinstein and Shawn Mahoney were inseparable from the night they met in 2014. Marne wanted to stay home that evening, but a friend pushed her to come to a birthday party at Scholars in downtown Boston. It turned out that Shawn was also at the celebration. The two got to talking and clicked right away. “It was pretty instant chemistry,” Marne recalls. The couple went on their first date a week later at Stella, in the South End. “Shawn says he knew right after that date that I was the one,” Marne says.

After three and a half years of dating and two years of living together, Marne says she was “eager to get engaged” but felt like there was “no way” Shawn would be able to surprise her—an event planner with a self-described “Type A” personality. On the morning after Massachusetts General Hospital’s Storybook Ball, which Marne planned as a senior event producer at Rafanelli Events, she returned home at 2 a.m. with plans not “to leave the bedroom all day,” she recalls. Marne was lounging in bed when Shawn said he had bought her something and left the room. “I’m thinking, ‘What did he get me? Did he go to a bagel shop yesterday?’” Marne says. When Shawn came back into the room, he got down on one knee with a ring in his hands. “I was like, ‘What’s happening? I think I still have food in my hair from last night,’” Marne adds with a laugh. After Marne said “yes,” they spent the day celebrating with their families. “I’d known for at least a couple years at that point that he was the person I wanted to marry and build a family with, so I was just so excited that this next chapter was about to happen,” the bride says.

Despite being an event planner, Marne says her own wedding was something she “never really thought about.” With her years of experience though, there were two things thing she knew for sure. First, because she didn’t want weather to be a factor on their big day, the wedding would take place indoors. “I wanted to have our ceremony where we planned to have it,” she says. Second, the Four Seasons, a place that “felt like home” after years of planning events there, would be the perfect venue. “I knew they’d make us feel special, and they really did,” the bride says.

When it came to the look and feel of their wedding, Marne and Shawn wanted it to be soft, romantic, and intimate—despite hosting 200 guests. They achieved their vision by filling the ballroom with abundant florals in pale pink and white hues, paired with elegant candlesticks and cozy velvet linens. They wrapped up the night with “a high-energy, really fun” party, Marne says, which transitioned straight into an afterparty that lasted until 2 a.m.. The bride’s favorite part of the day (aside from “being the bride and not the planner”): “Having all of our family and friends in one place to celebrate a happy occasion,” the bride says. “It just meant the world to both of us.” 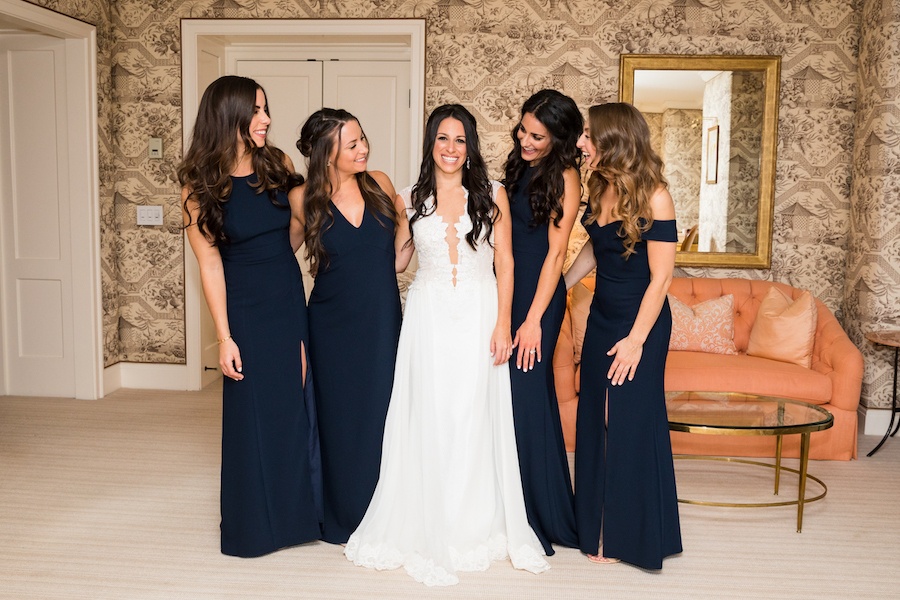 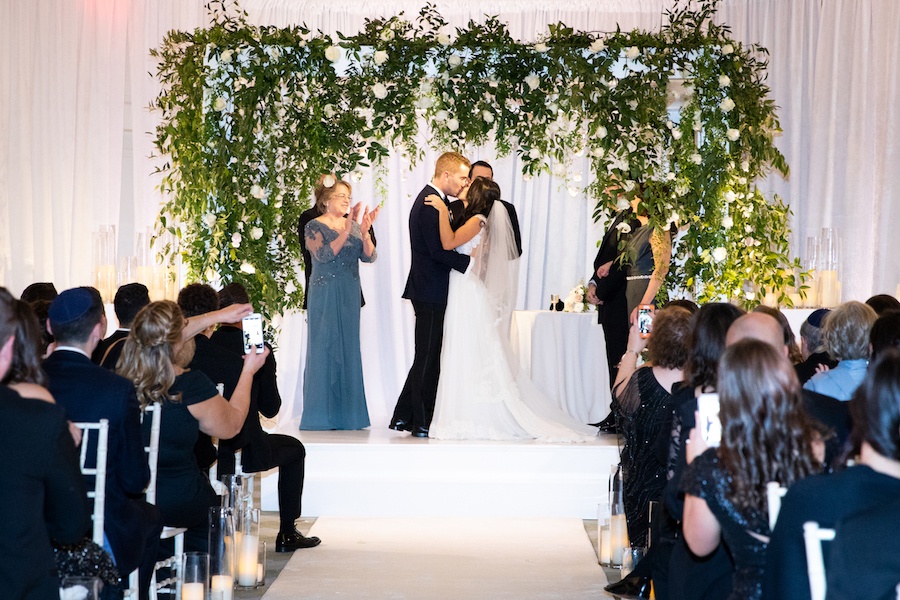 Under a chuppah of roses, smilax, eucalyptus, and vines, the couple wed in a ceremony officiated by the bride’s brother-in-law. “He’s been in my life for fifteen plus years,” Marne explains. 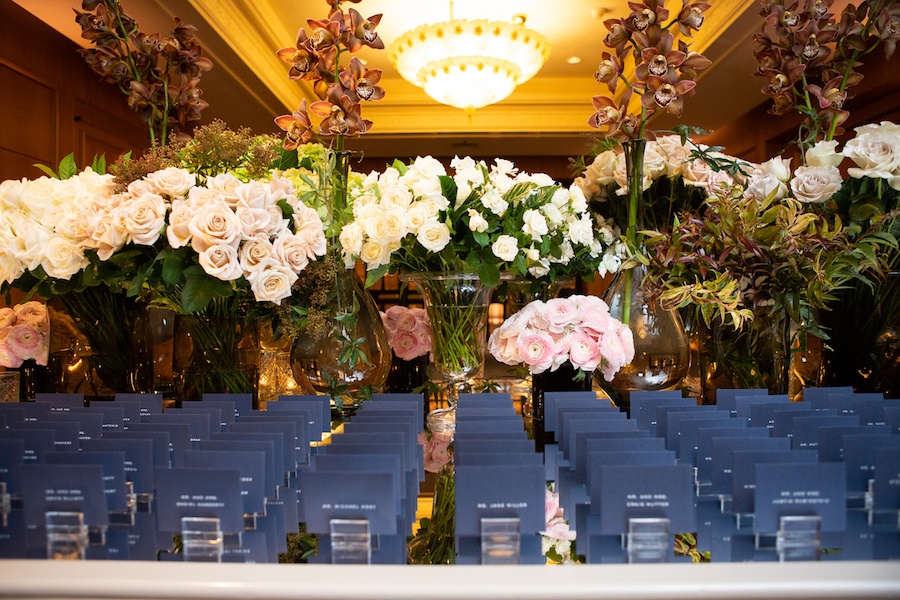 The couple’s flower-topped escort-card table became an impromptu photo backdrop for guests. “A lot of people took photos in front of it because it looked almost like you were standing in front of a flower market,” Marne says. 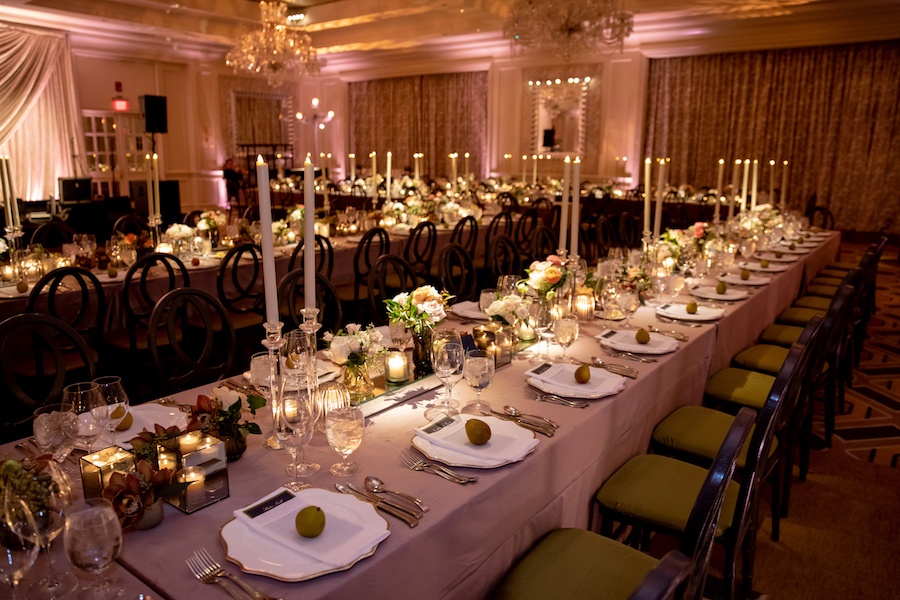 The couple’s reception featured long tables with velvet tablecloths, low-rising floral arrangements, and statuesque candlesticks to add height to the display. For an autumnal touch, a fresh pear topped each place setting. “I wanted to invoke a rustic elegance and make it feel warm in the room,” Marne says. The couple’s three-tier vanilla cake from Party Favors, in Brookline, featured vanilla buttercream. “I just love vanilla and I wanted something that was simple and clean-looking,” the bride says. 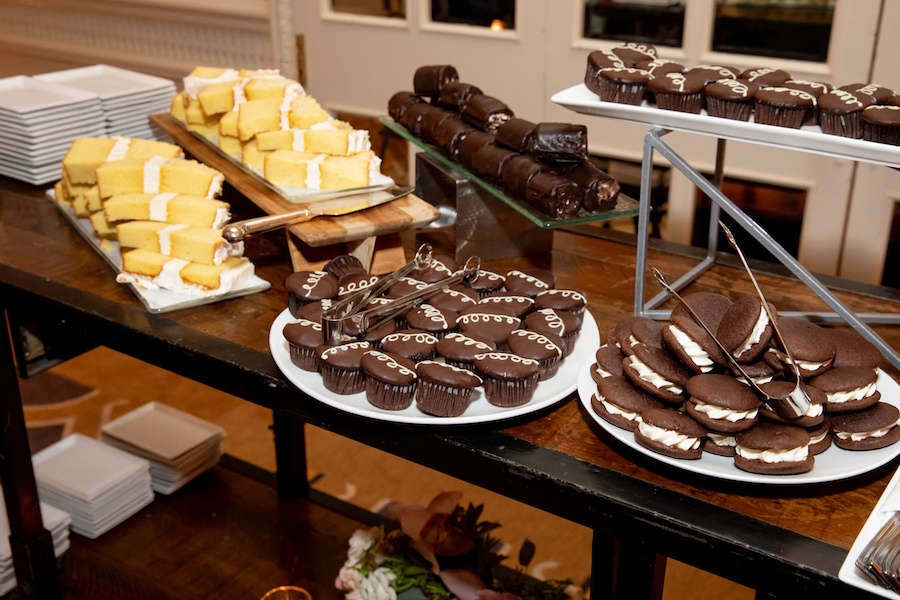 “I really like dessert displays,” Marne says. “I think that’s a fun way for guests to get up from their table and kind of move around a bit.” The bride and groom’s dessert station featured “Hostess-style” chocolate and vanilla cream-filled cupcakes, house-made “Yodels,” and chocolate whoopie pies. 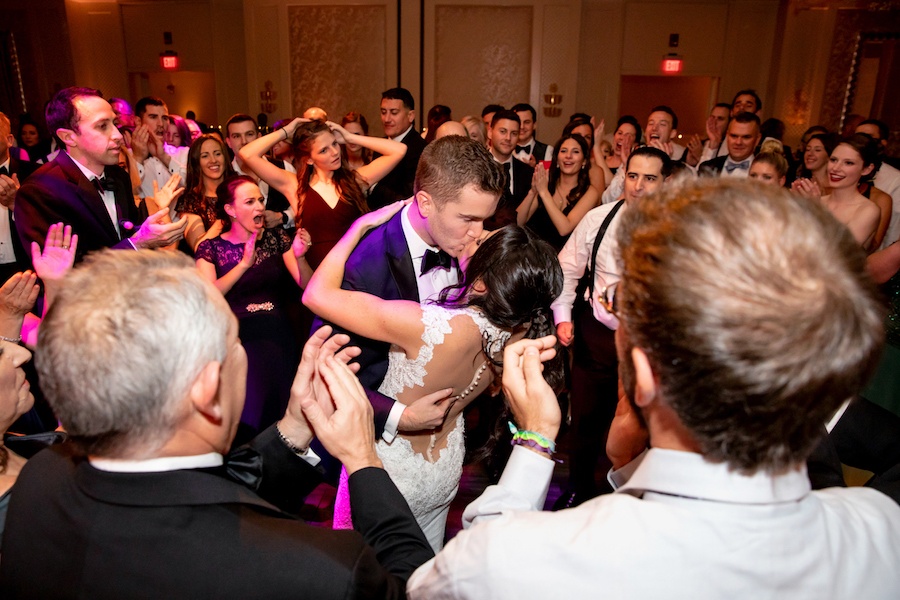 The couple opened up the dancing portion of the evening with the song “September” by Earth, Wind & Fire, and then played music from a variety of decades. “[The reception] was really high-energy, really fun,” the bride says. 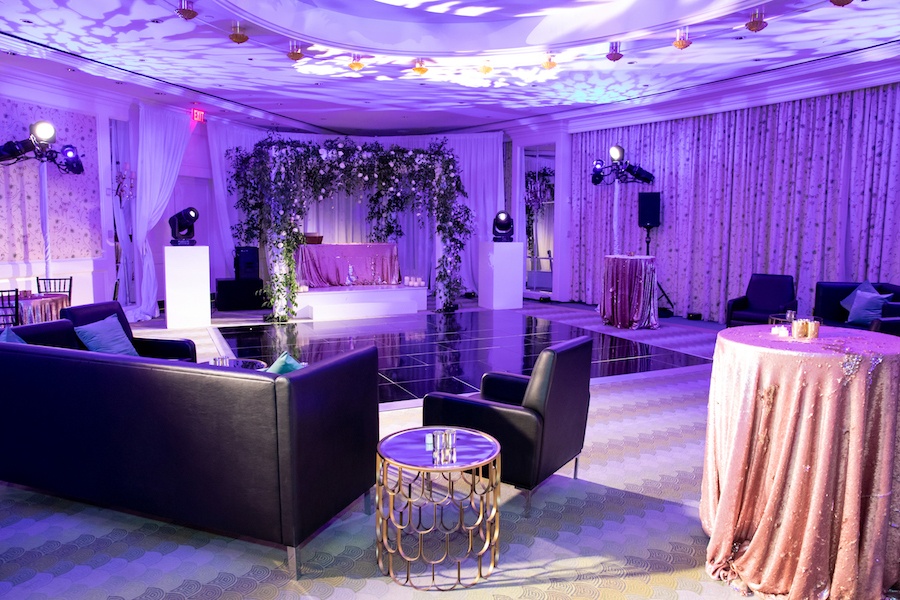 Marne and Shawn’s ceremony and afterparty took place in the same room, with their chuppah instead serving as a DJ booth.