This Hildene Estate Wedding Was Enchanting beyond Words

While searching for a venue, the couple fell in love with the former summer home of Abraham Lincoln's son Robert. 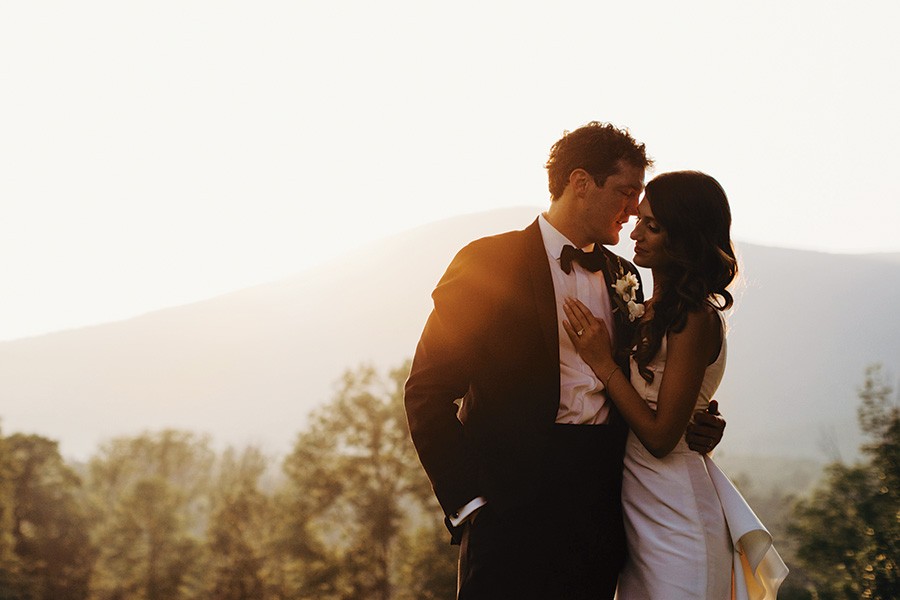 Love happens when you least expect it. Such was the case for Justin Candon and Nicole Doucette, who—much to their surprise—fell for Hildene estate, in Vermont. Despite settling in New York, the couple knew they wanted to marry in Justin’s home state, the ideal backdrop for their “rustic chic” style. But when Justin’s father recommended Hildene—the former summer home of Abraham Lincoln’s son Robert—they shrugged off the suggestion. “We went [there] not really expecting much,” Justin says. “Just pleasing the parents,” Nicole adds. Yet the estate’s garden immediately impressed the couple. “Even in late fall when there was no greenery, it was still really stunning,” Justin says. After the tour, the couple knew they’d found the one. “It was a done deal,” Nicole says. 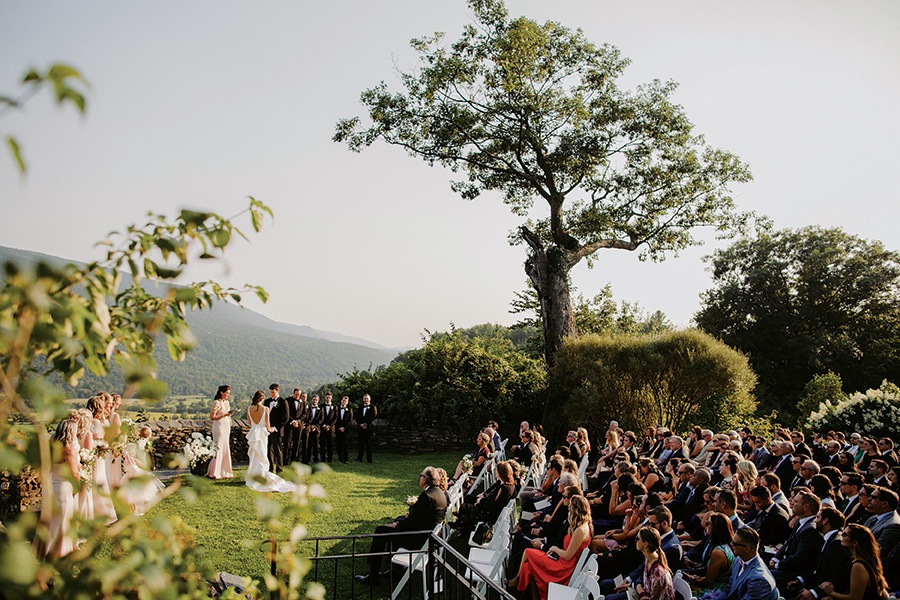 A true family affair, the day incorporated those closest to the couple. Nicole’s brother, Mike, walked her down the aisle, while Justin’s sister Molly officiated the ceremony in the garden, where views of the surrounding mountains and the Battenkill River complemented seasonal blooms such as budding dahlias and cosmos. 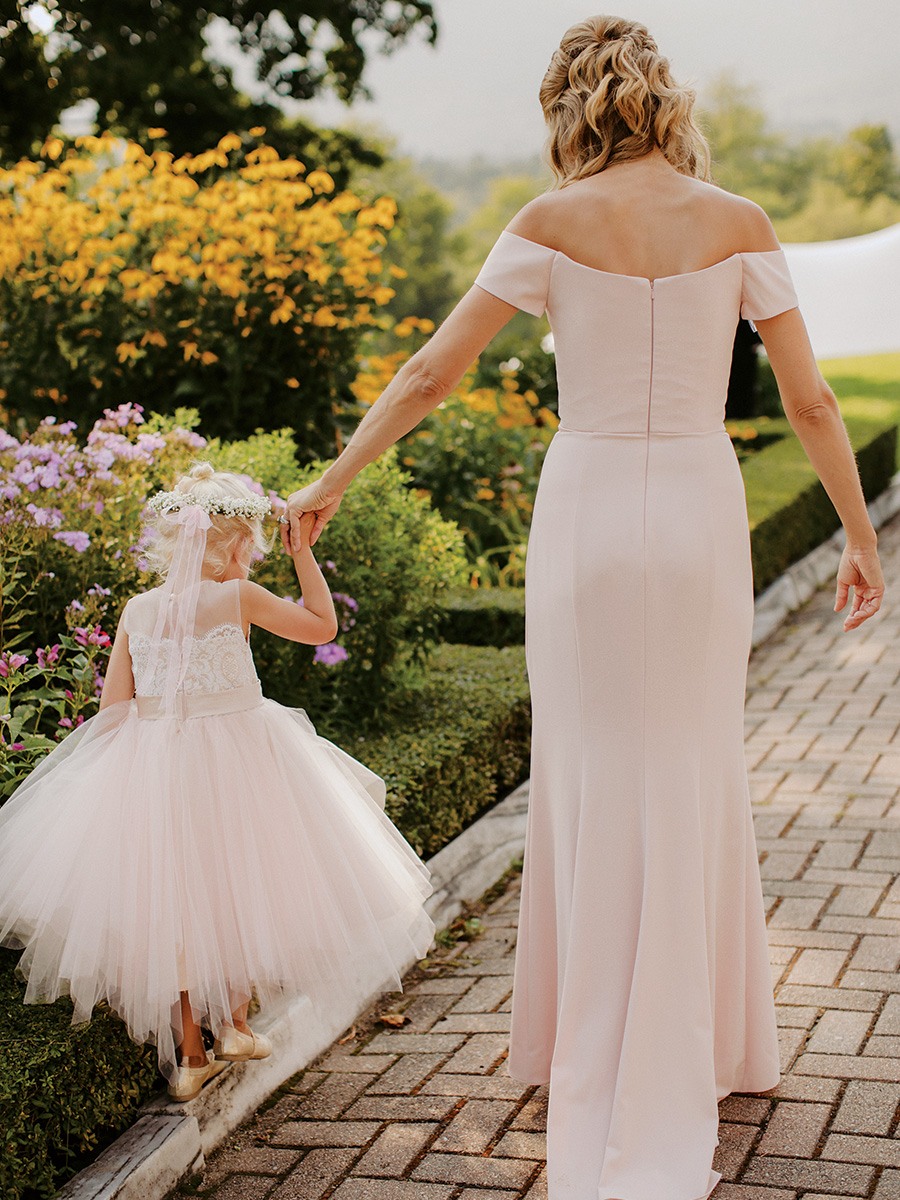 Nicole’s five-year-old niece, along with the rest of the bridal party, chose her own style. “She picked out the most princess-y dress she could find,” Nicole says. 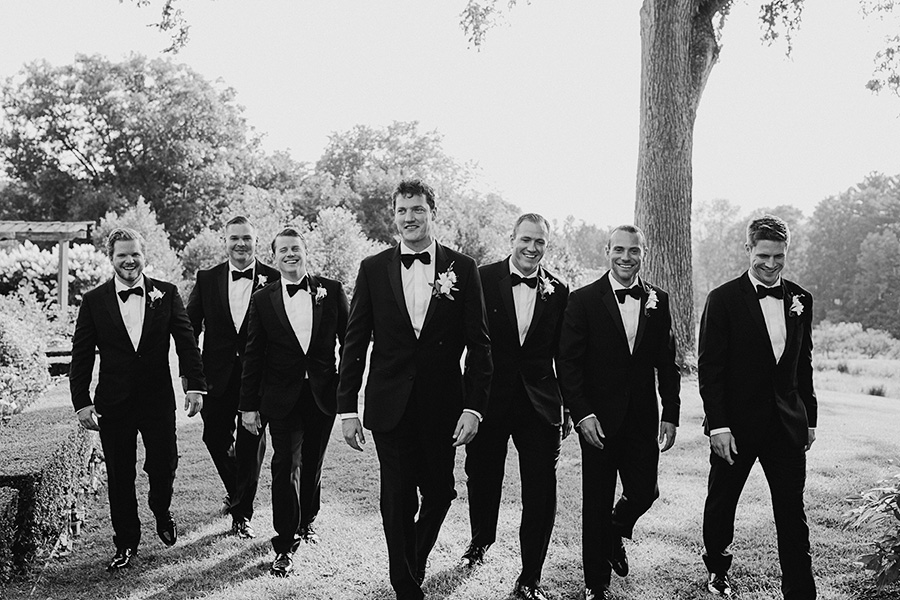 Groomsmen wore black tuxes but added what Nicole calls an “element of flare” with Justin’s gift of gingham black-and-white suspenders. 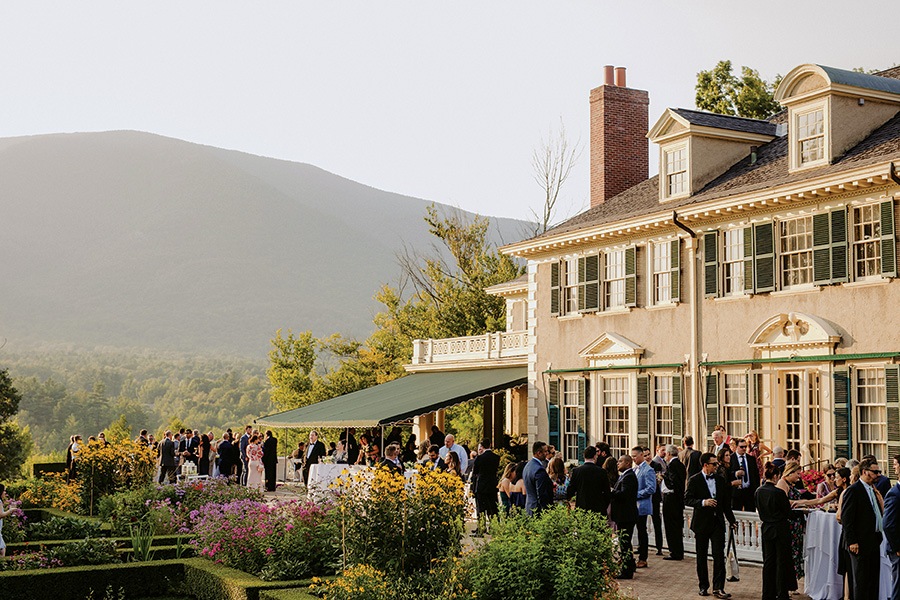 “The estate looks super elegant and majestic, and then the tent brings the element of casual, which is exactly what we wanted,” Nicole says. “It’s a wedding, so you want to dress up but also take off your shoes, run through the grass, and have a good time.” 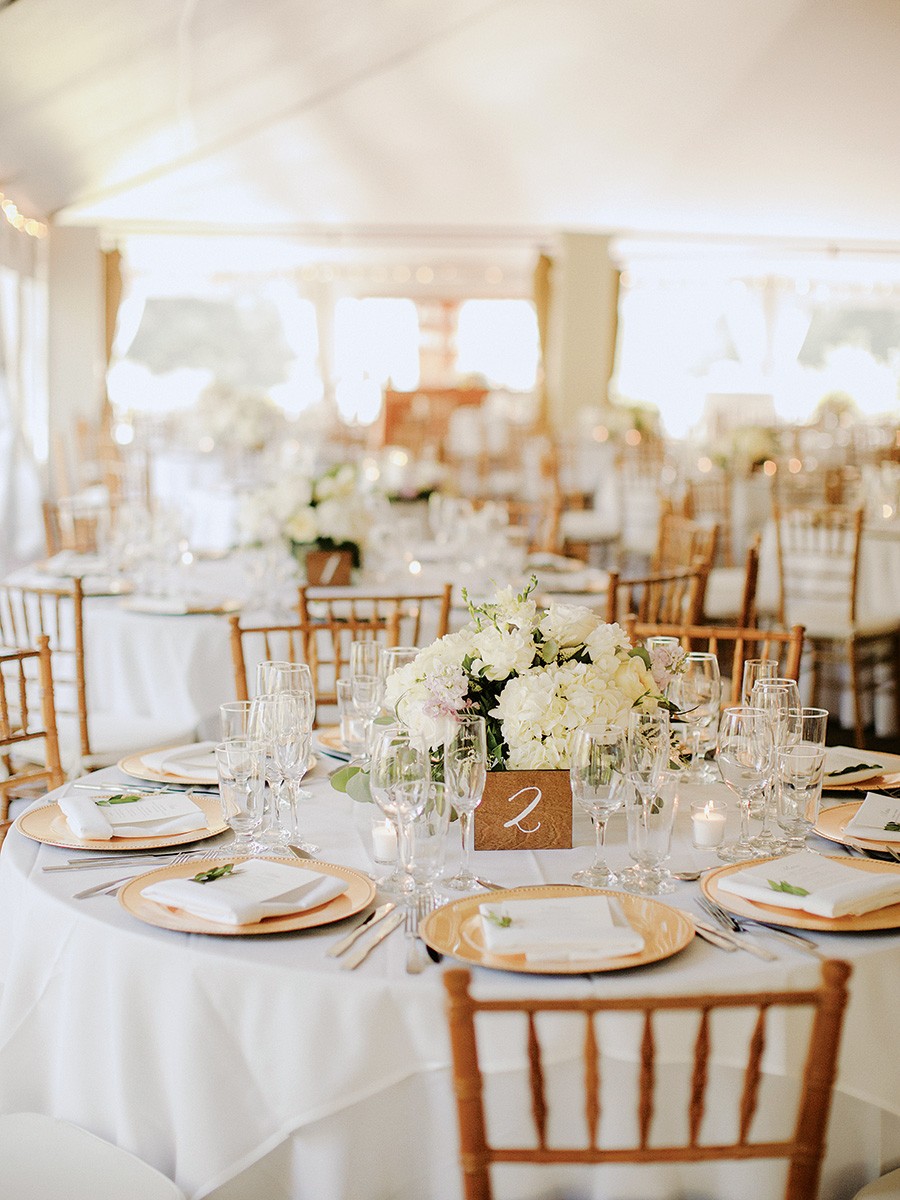 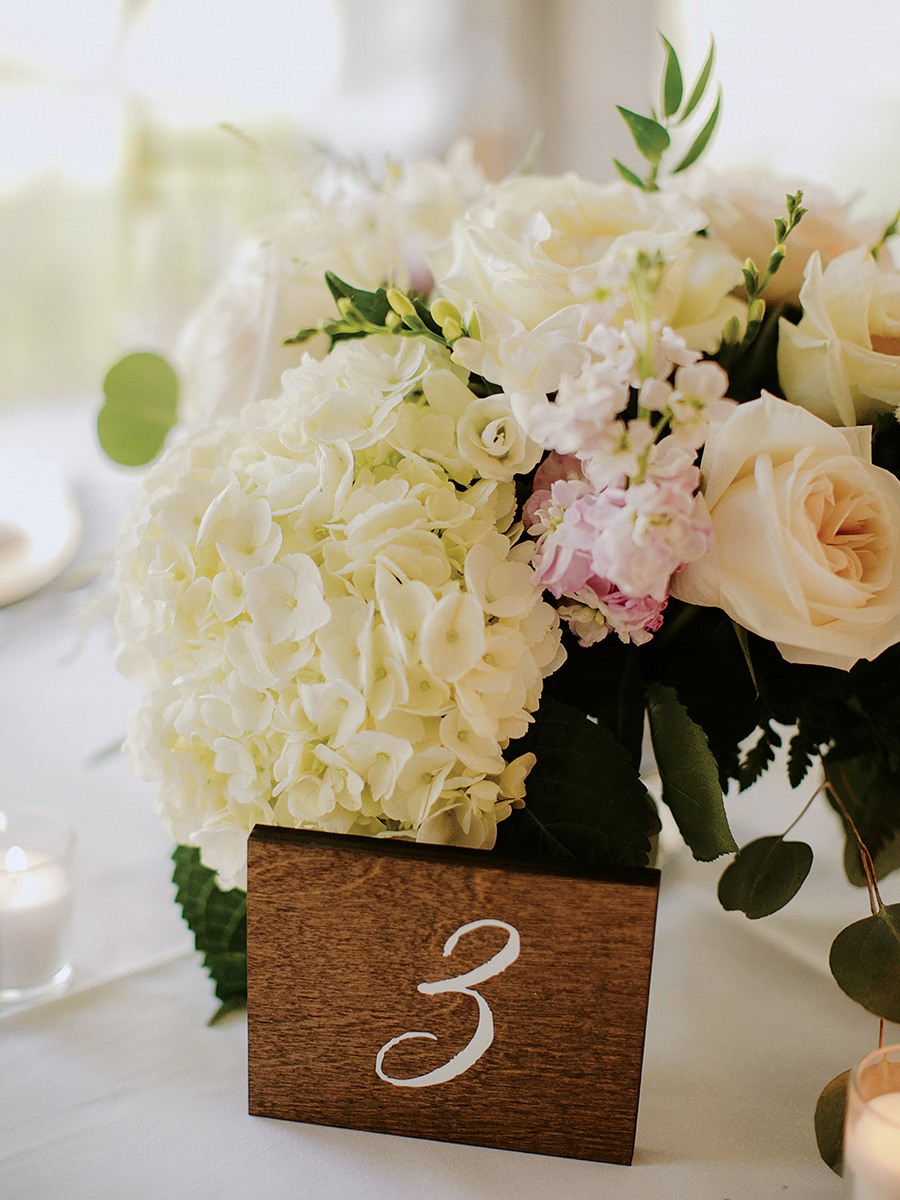 “When you open the tent, you can still see the flowers and greenery outside, so we didn’t want to take away from that,” Nicole says. Decorations were minimal but lush with flora. Surrounded by white votive candles, centerpieces consisted of white hydrangea, blush-pink and white garden roses, astilbe, freesia, pale-pink stock, seeded eucalyptus, and Italian Ruscus. 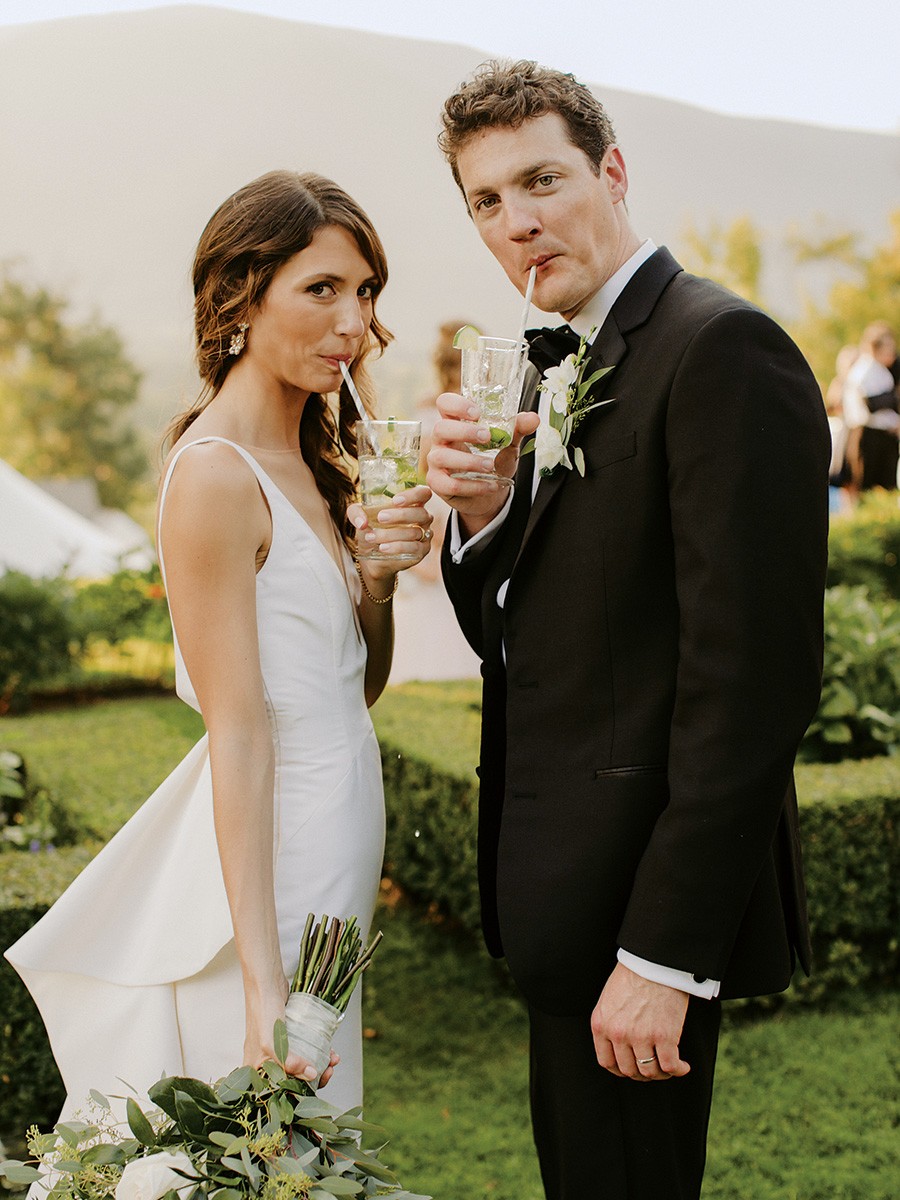 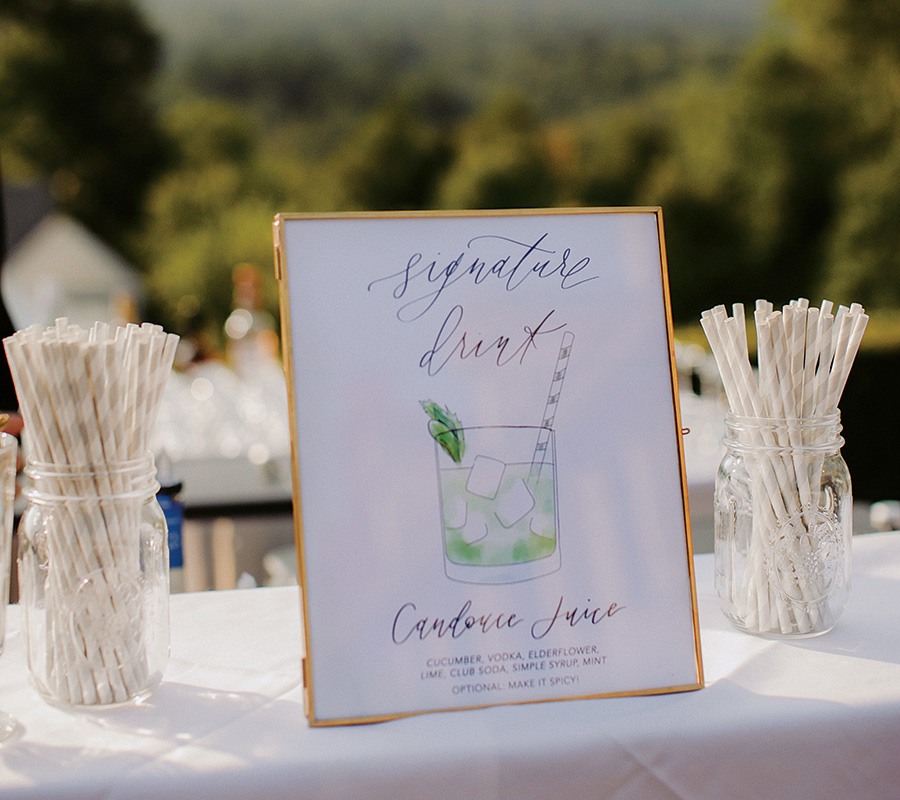 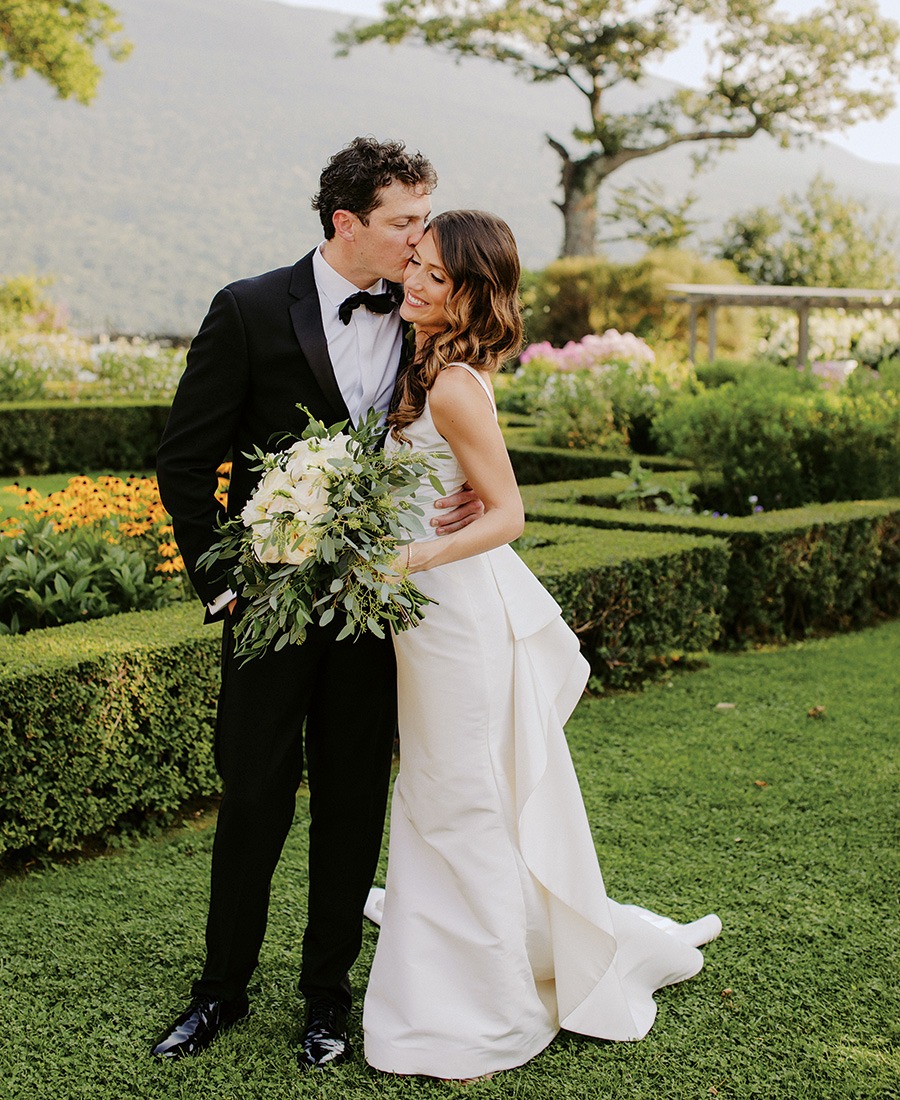