Three Luxurious Honeymoon Destinations in New England and Beyond

From the seaside charm and tasty cuisine of the Maine coast to a romantic Italian city with prehistoric architecture, these dreamy honeymoon destinations are anything but ordinary. 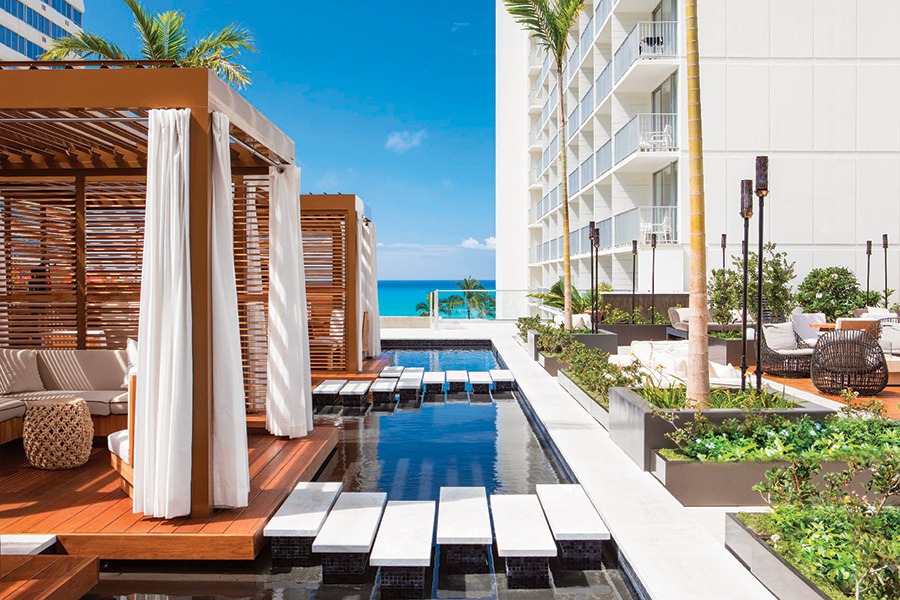 Jetting off to the Aloha State is now easier than ever, thanks to Hawaiian Airlines’ new direct flight from Logan to Honolulu’s Daniel K. Inouye International Airport. Bask in the glow of newly wedded bliss while snorkeling, surfing, and sunbathing in and around Hawaii’s laid-back capital city. White-sand beaches aren’t Honolulu’s only gems, though: The city also offers picturesque hiking trails and museums dedicated to Hawaiian art, culture, and history.

EAT: First stop on the itinerary? A 1939 walkup turned upscale farm-to-table izakaya, or Japanese pub, with a focus on small plates and drinks. Combining Japanese culinary traditions with locally sourced ingredients, Zigu’s chef, Masaki Nakayama, whips up dishes such as seared bonito sashimi, kale-udon noodles, and roasted tuna-cheek teriyaki, which sells out routinely. In true izakaya fashion, however, the sake bar is the star of the show. For the full experience, order the sake flight to sample three of the Waikiki restaurant’s recommended brands.

STAY: ‘Alohilani Resort takes its name from Queen Lili‘uokalani, Hawaii’s last reigning monarch, and for good reason: It’s fit for royalty. After a $125 million renovation, the rebranded hotel opened in spring 2018 with a host of wow-worthy amenities and a contemporary, nature-inspired aesthetic (think: reclaimed-wood headboards and a sand-hued palette). Pass through the ‘Alohilani’s soaring lobby, stopping for a peek at its 280,000-gallon aquarium, then start your day at the fitness center and spa. After lunch at Momosan Ramen & Sake, one of five on-site eateries, laze the day away in a private cabana near the saltwater infinity pool overlooking Waikiki Beach. 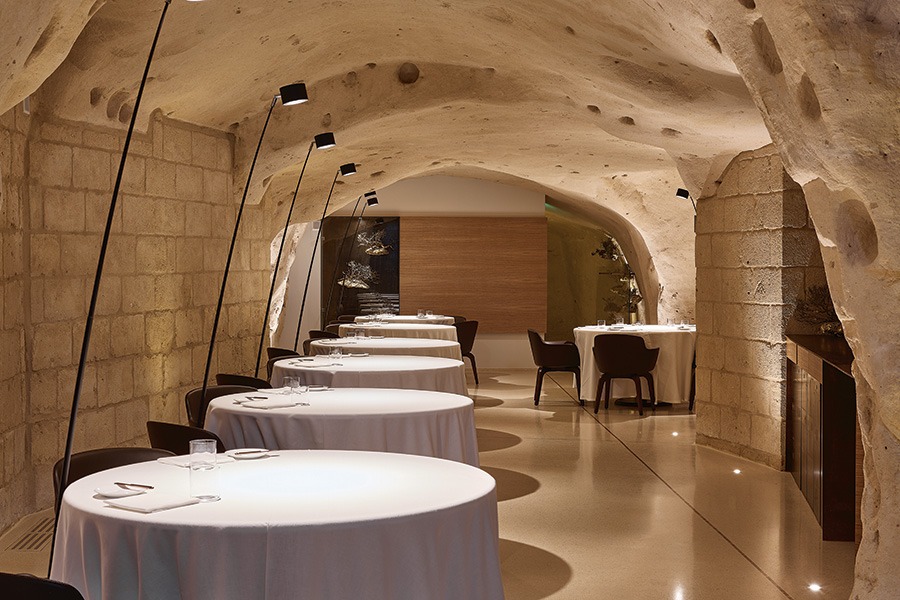 Meandering along Matera’s narrow stone streets, it’s easy to feel like you’ve been transported centuries into the past. The city is best known for its otherworldly landscape, including a UNESCO World Heritage site that features ancient cave dwellings carved into the limestone terrain during the Paleolithic period. When the European Union named Matera its “Capital of Culture” for 2019—a designation that brings a yearlong series of cultural events and economic benefits—it shined a new spotlight on the southern Italian city. Translation? There’s no better time to visit.

EAT: Awarded Matera’s only Michelin star earlier this year, Vitantonio Lombardo Ristorante lies inside a thousand-year-old grotto overlooking a ravine at the edge of town. Chef Vitantonio Lombardo, the restaurant’s namesake, opened the minimalist eatery in 2018, offering fresh takes on regional cuisine such as orecchiette with turnips, burrata, and sea urchin. Plus, since there’s no better place to store wine than a cave, the restaurant also showcases a 5-meter-high, glass-enclosed wine cellar with 400 labels—and we all know nothing says romance like vino.

STAY: Sleeping in a cavern might not be exactly what you have in mind for your romantic getaway, but at the Aquatio Cave Luxury Hotel & Spa, subterranean shelters are five-star accommodations. Modern furnishings in a creamy palette give its 35 limestone rooms a surprisingly cozy and intimate feel. Outside of the suites, carved hallways and archways lead to La Dispensa di Aquatio, the hotel’s restaurant, as well as its spa, housed in a restored underground chamber that dates to the ninth century. 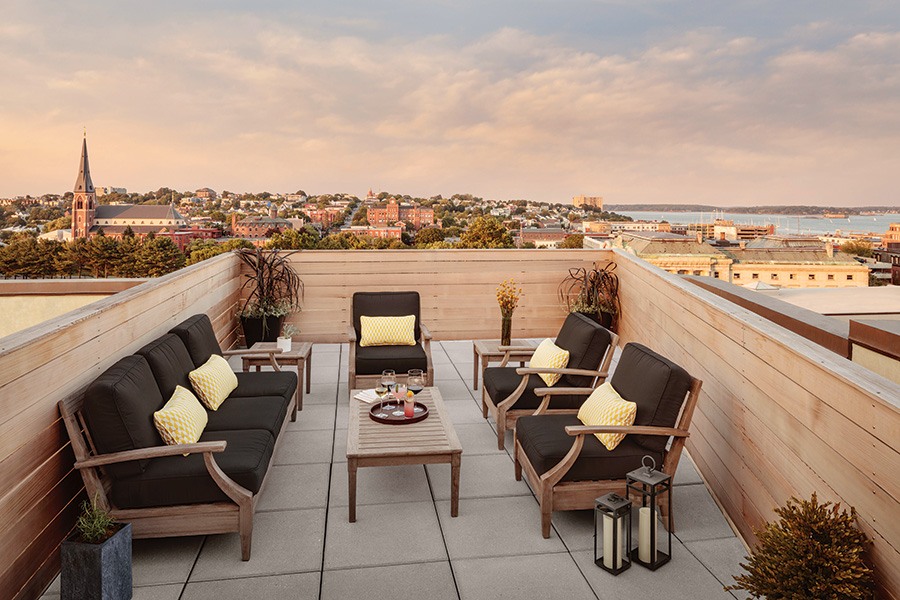 Yes, this coastal town offers charm in spades, but it also boasts all the cultural capital you’d expect of a major city: a hopping craft-beer scene, a buzzing art community anchored by the Portland Museum of Art and Maine College of Art, and award-winning cuisine (there’s a reason Bon Appétit named it restaurant city of the year 2018). Soak in the sublimely salty seaside air and kick off your union in true New England fashion—lobster, lighthouses, and all.

EAT: It’s not just about the seafood in Maine. At Eaux, a New Orleans–inspired hot spot in Old Port, tuck into Cajun dishes such as chicken and waffles, beef po’ boys, and jambalaya. Locals flock here for the bar, too, which offers cocktails such as a “Peach Mati” with gin and yerba mate. After dinner, escort your other half down the block to Gross Confection Bar, an upscale dessert-only restaurant that opened in January. Serving up such delectable goodies as coconut éclairs, espresso crumb brûlée, and a butter-toasted apple pound cake, it’s a sweet place to end a romantic day of sightseeing.

STAY: Experience sophisticated, modern style with a dose of historical flair at the Press Hotel, once the headquarters of the Portland Press Herald. You’ll find nods to the building’s past throughout the chic space, from the preserved marble entryway to the desks reminiscent of vintage reporters’ workstations. Still, the edifice has come a long way since its days as a 1920s newsroom: Modern amenities inside the hotel’s 1,100-square-foot penthouse suite, for example, include Frette linens, a bathroom with an oversize soaking tub, and a rooftop patio with views of Casco Bay.