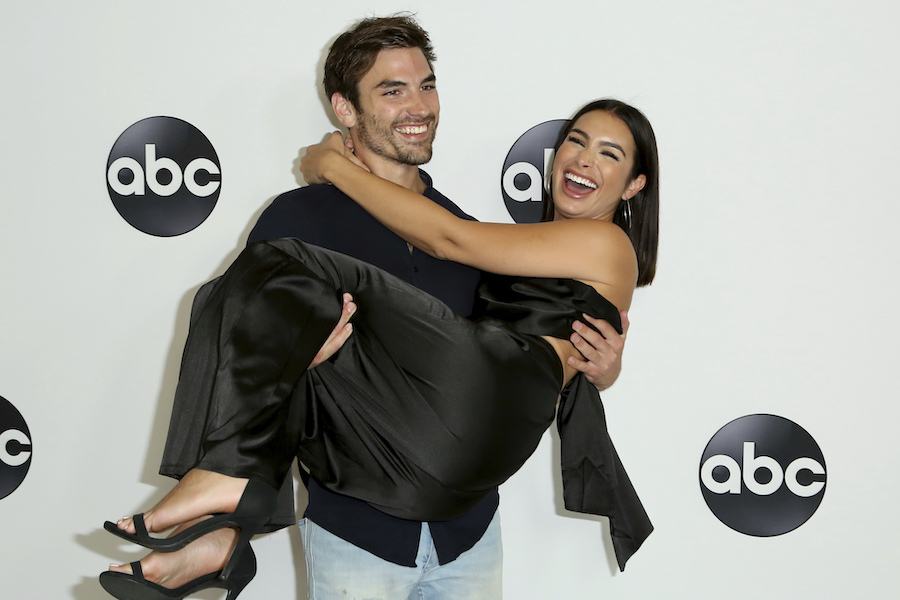 Former Bachelor in Paradise stars Ashley Iaconetti and Jared Haibon defied the reality TV odds on Sunday by tying the knot in an uber-romantic Rosecliff celebration in Newport. Bachelor and Bachelorette alums such as Ben Higgins and Kaitlyn Bristowe attended the stunning three-day affair, and, as you’d expect, Instagrammed the heck out of the festivities.

The couple met on season two of Bachelor in Paradise and embarked on a brief fling that ended at first in heartbreak (and plenty of on-air tears from Iaconetti) and then later in friendship. They rekindled their romantic relationship in 2018 and last August headed back to Paradise where Haibon, a Warwick, Rhode Island native, proposed.

A year later the pair kicked off their wedding weekend with a sunset cruise and a photoshoot—complete with their very own Jack and Rose moment at the front of the ship—followed by a rehearsal dinner at OceanCliff Resort on Saturday evening. The two swapped vows the next day at United Congregational Church, TMZ reports, in a ceremony officiated by Bachelor producer Elan Gale, and the bride donned a custom Ines Di Santo ballgown with a sweetheart neckline.

The celebrations culminated in a reception at Rosecliff, planned by Los Angeles-based Troy Williams of Simply Troy Lifestyle + Events. Williams, the man behind the nuptials of celebrities such as Julianne Hough and Eva Longoria, posted an Instagram story the morning after the Iaconetti and Haibon’s wedding to say, “It was the fairytale. It was everything that I wanted it to be for the two of them.” That vision, brought to life in the mansion’s ballroom by Brooklyn-based Birch Event Design, featured romantic gold candelabras and tall arrangements and garlands of white and pastel-purple flowers.

Once at the reception, the couple took to the floor for their first dance to Rob Thomas’s “Ever the Same,” sung by former American Idol champ David Cook, People magazine reports. Iaconetti then swapped her half-up ‘do for a high pony and changed into a Rita Vinieris frock. Rhode Island-based Blackstone Caterers provided the menu for the evening, which, according to the magazine, included signature cocktails called “Ashley’s Tears” and “The Brady Punch,” a tip of the hat to Tom Brady. In addition to a seven-tier wedding cake and chocolate-covered strawberries, the two also reportedly served custom Dunkin’ doughnuts decorated with edible photos. The enchanting evening ended outside the mansion with a glow-stick sendoff (a genius idea for anyone with sparkler fatigue) and a toss of the bride’s all-white bouquet, which was caught by none other than four-season Bachelor franchise and Dancing with the Stars alum Nick Viall, because why not. 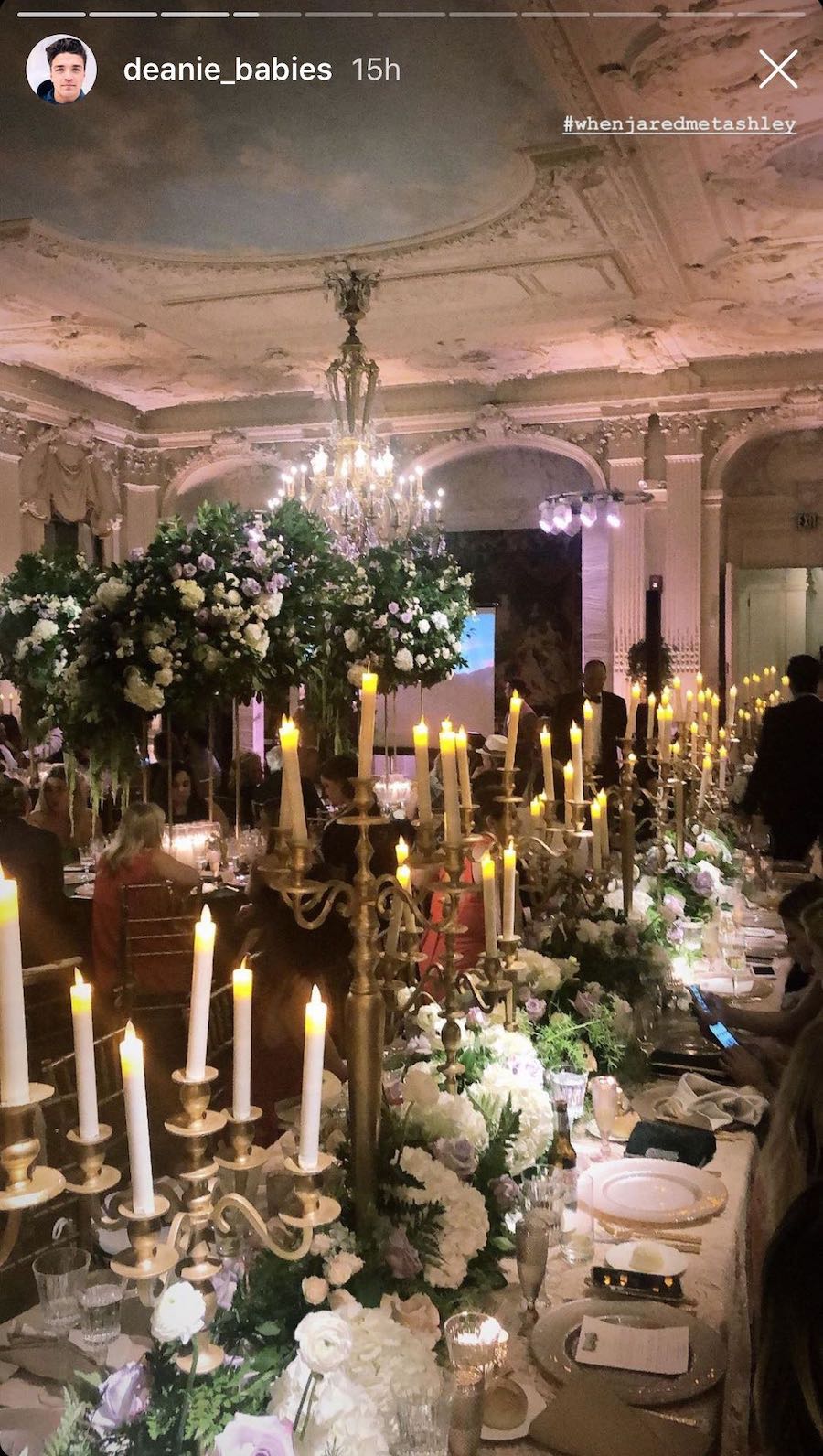 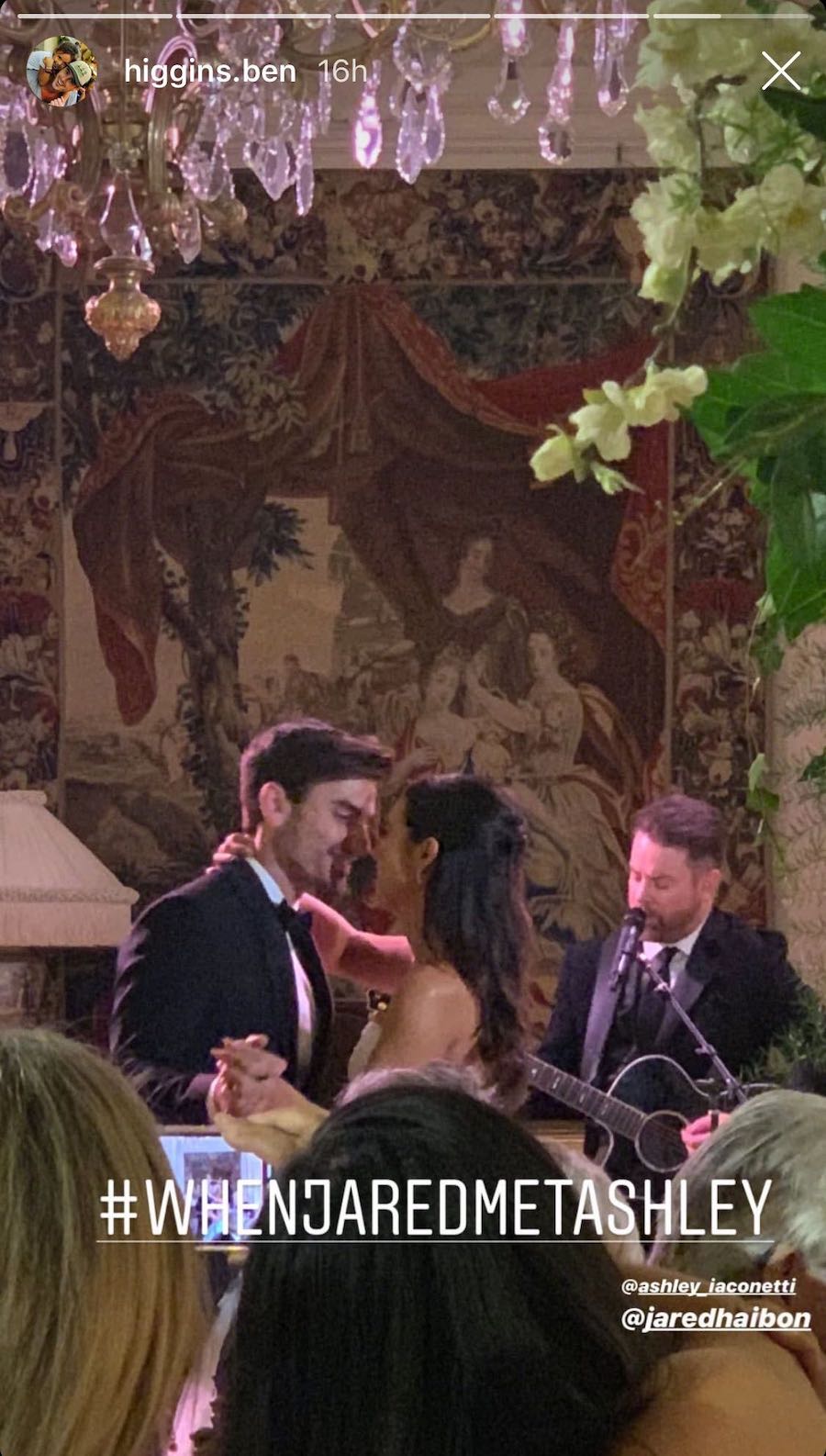 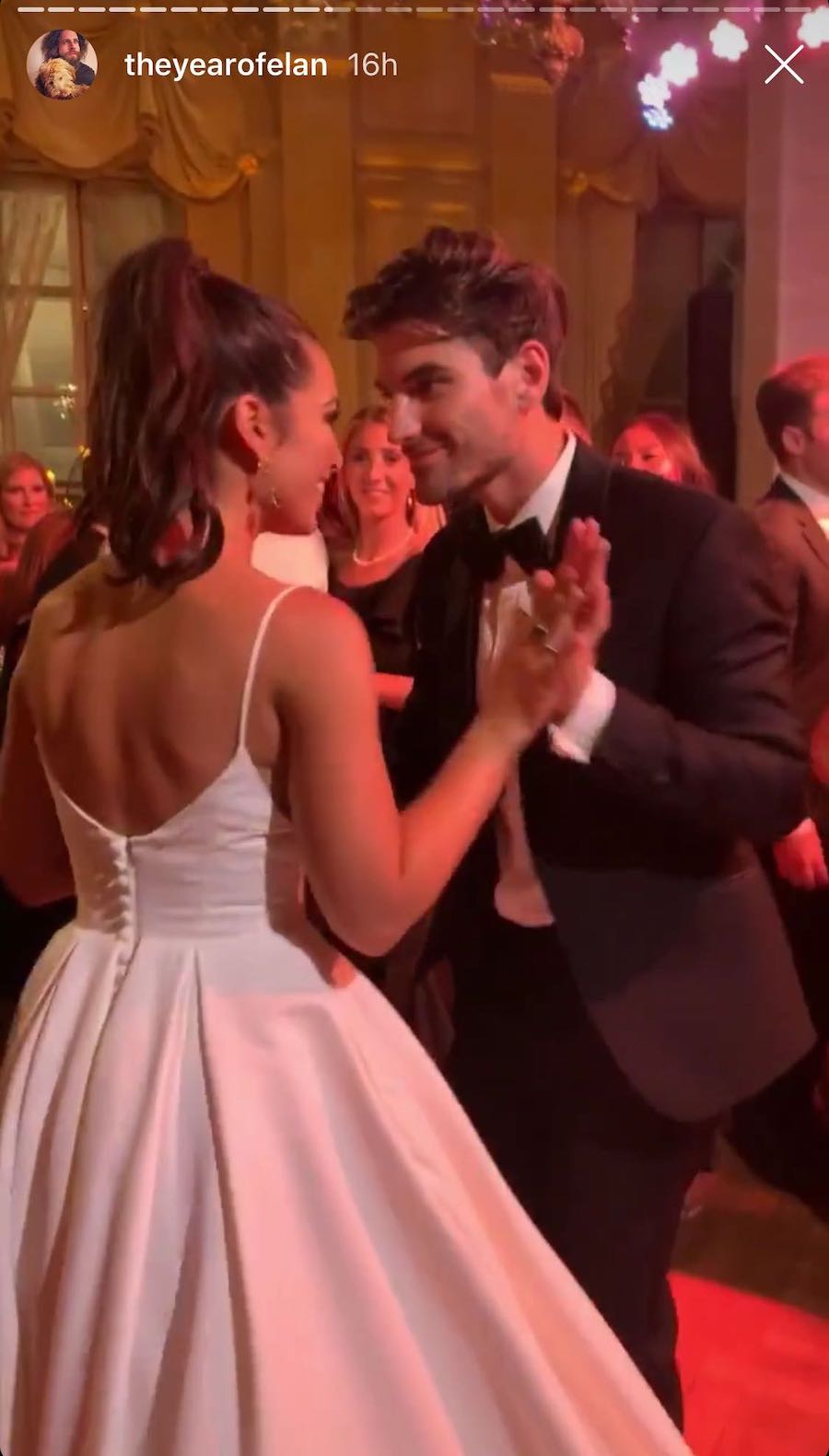 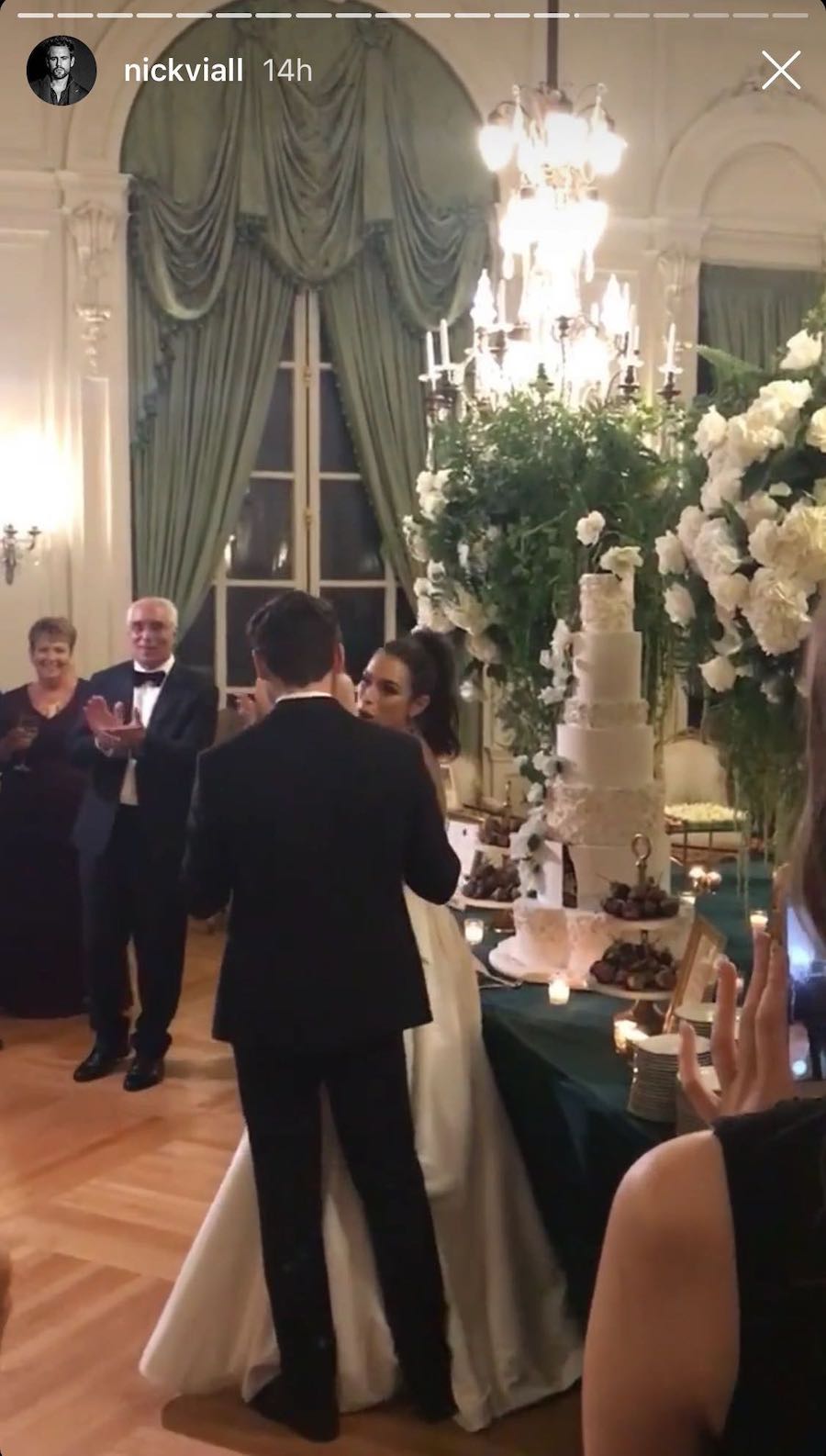 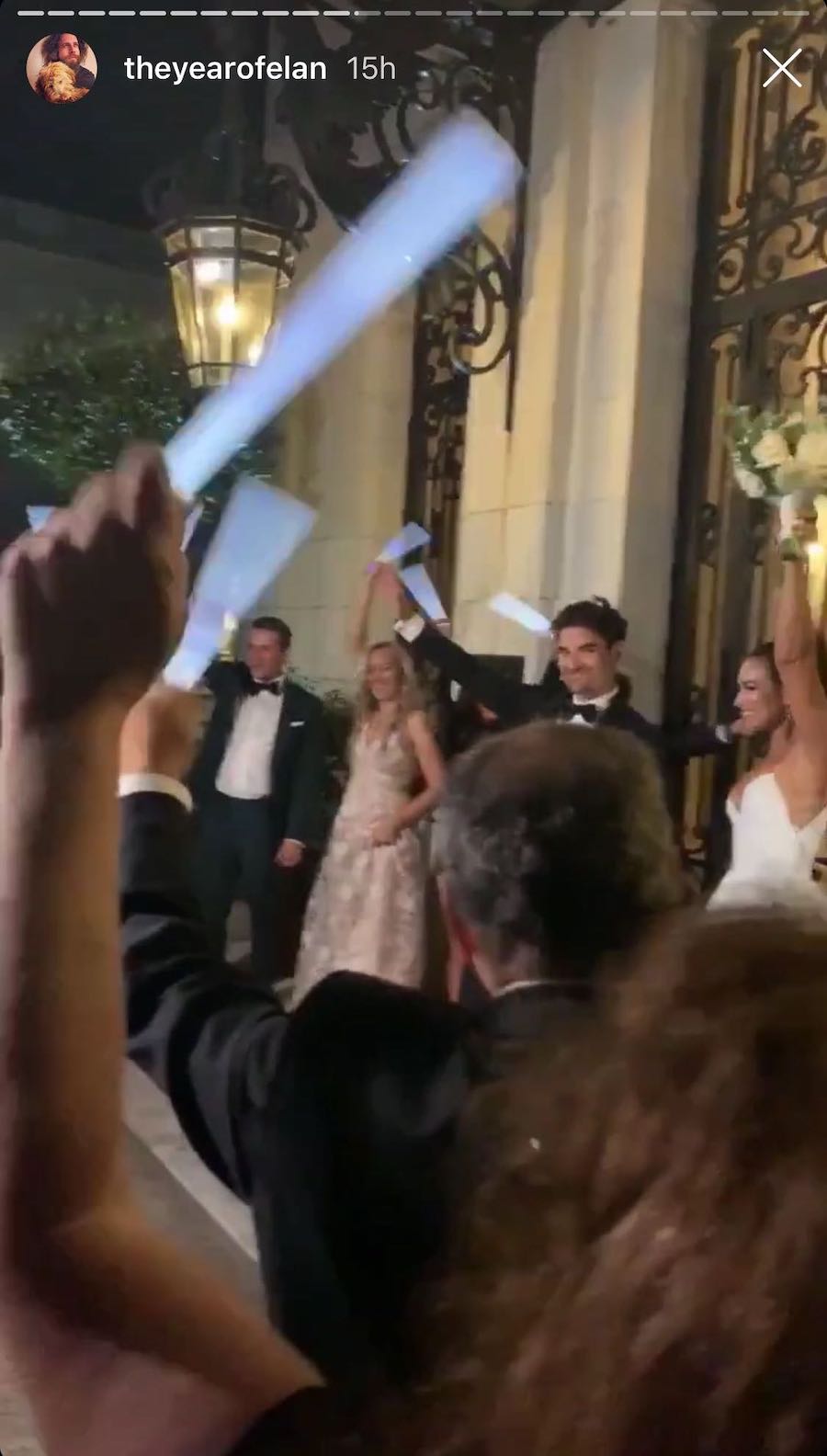