Here's what we know about her upcoming wedding so far. 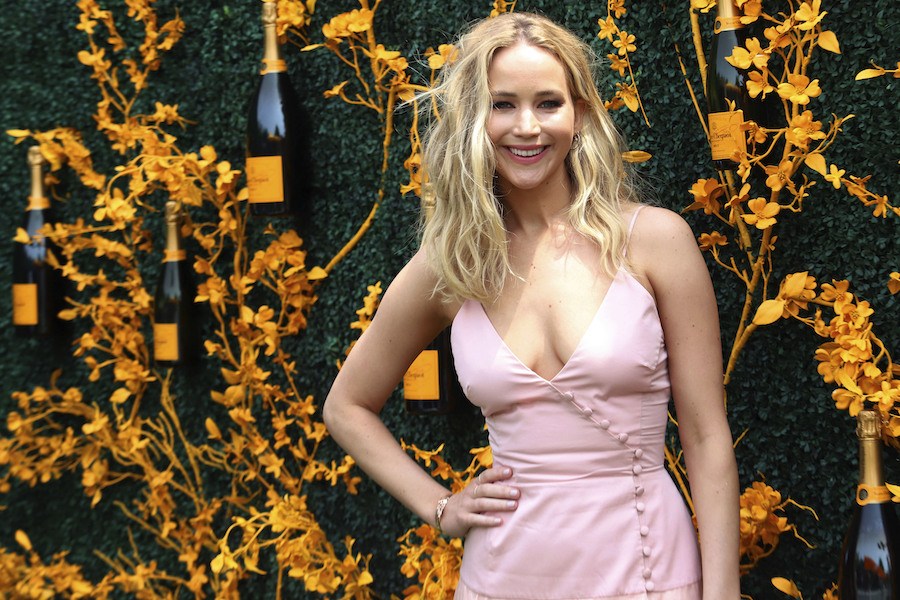 The 29-year-old Hunger Games and Silver Linings Playbook actress is apparently set to wed her 34-year-old fiancé and art gallerist Cooke Maroney in Newport this month, according to reports from TMZ and the Newport Buzz. While neither the bride nor the groom have known ties to Rhode Island, both reside nearby in New York City, and Maroney grew up on a farm in Vermont. The Academy Award winner’s publicist confirmed the couple’s engagement in February, and last month, the two were spotted at the New York City Marriage Bureau. As for the how the planning process has been so far? Earlier this year, on the podcast NAKED with Catt Sadler, Lawrence said, “I haven’t been neurotic about it. I’m too lazy to be neurotic. I saw a dress I liked, [and] I was like, ‘That’s the dress.’ I saw a venue, [and] I was like, ‘Cool, we got the venue.'” And we’d expect nothing less of the notoriously chill superstar. Read on for everything we’ve learned about her upcoming wedding so far.

1. According to the blog Newport Buzz, the event will take place Saturday at Belcourt, a chandelier-filled summer cottage built during the Gilded Age for socialite and U.S. representative Oliver Belmont. After changing hands several times over the years, Carolyn Rafaelian, founder and CEO of Cranston-based jewelry company Alex and Ani, bought the estate in 2012 and began extensive renovations for the purpose of opening a museum and event space. The home, which encompasses 60 rooms, is Newport’s third-largest mansion. That should work.

2. TMZ reports that the duo has invited 150 guests to their nuptials. Translation: If you’re in the Ocean State this weekend, keep all eyes peeled for known-Lawrence-pals Amy Schumer and Emma Stone.

3. Los Angeles and New York City-based event planner Mark Seed is at the helm of the festivities, and he has plenty of experience throwing celebrations for Hollywood’s biggest stars. His clients are so high-profile, in fact, that his website features no portfolio of past work “in order to protect client privacy.” Intriguing, no?

4. While there’s no word yet on who the couple has hired to cater their celebration, TMZ did get their hands on the upscale menu for the evening, which features salt-cod beignet, sweet-potato flat cakes, brussels spouts with cured egg yolk, smoked pork belly, leg of beef, and wood-roasted fish. The pair won’t be skimping on desserts either, with a selection that will apparently include sourdough-bread pudding with chocolate, cauldron fritters with bourbon cream and cinnamon sugar, and homemade s’mores.

5. As for the drinks? TMZ reports that the actress, who once told Ellen DeGeneres that she has a drunk alter-ego named Gail, will be sipping on bourbon Old Fashioneds and gin-cucumber-lavender champagne. Cheers to the happy couple!