Can you top this Disney-themed stunt? No. No, you cannot. 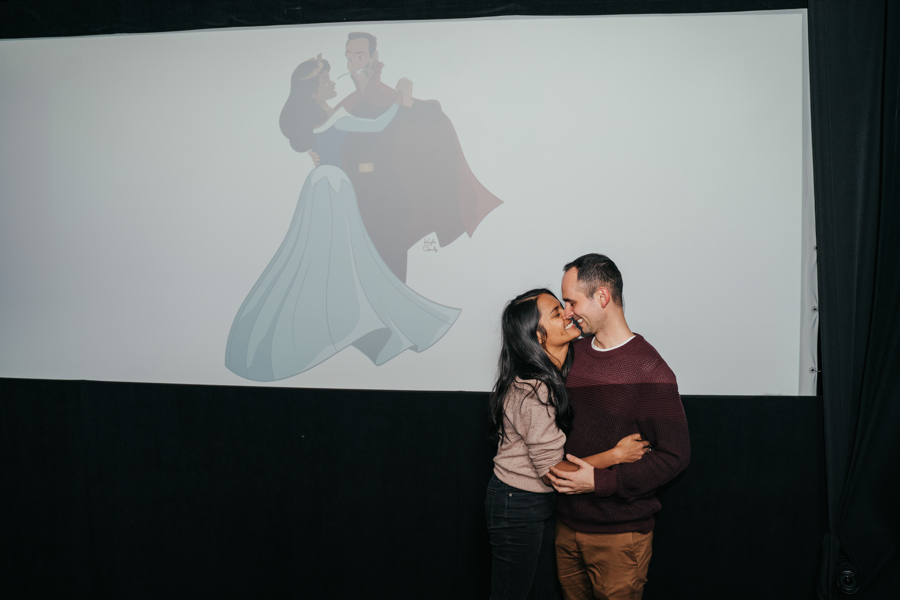 Bad news for all the lovers out there plotting your big, romantic proposal in the new year—a fancy dinner downtown, maybe, or that thing where you put the ring on your dog’s collar—because you’ve already been outdone.

Video of a Brookline native’s Sleeping Beauty–themed proposal at the Coolidge Corner Theater has quickly captured the internet’s collective heart, racking up millions of views and garnering international acclaim, and setting a new standard for popping the question in the process.

In case you haven’t seen it already, the video begins with a split-screen: Secret camera footage captures couple Lee Loechler and Sthuthi David inside a theater at the Coolidge and watching the classic Disney movie’s climax, in which the prince plants true love’s kiss on the princess to awake her from her slumber. Except it quickly becomes apparent that something is off. The characters from the original film, we see, have been swapped out with cartoon versions of Loechler and David. An increasingly confused David is seen eyeing this suspiciously, and then suddenly, an animated box with a ring in it appears on screen. Loechler then stands up, mimes catching the ring, and crouches down on one knee, as the movie theater audience whoops and cheers.

“Will you live happily ever after with me?” he asks. And, of course, she says yes. 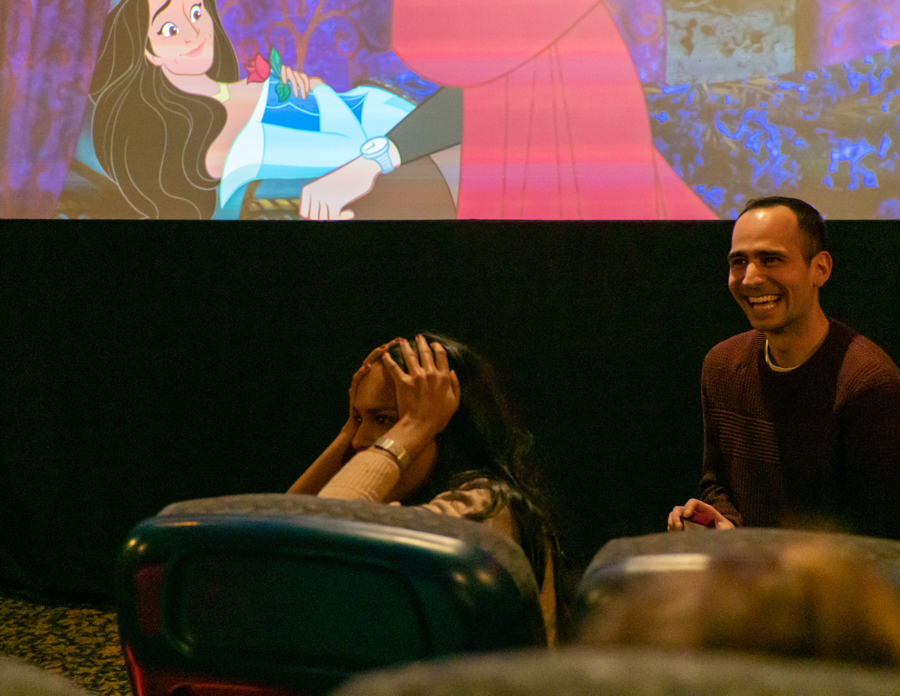 Reached by phone on Friday, Loechler says the elaborate stunt took six months of planning to get just right. But really it was years in the making, dating back to when the pair first met many years ago at Brookline High.

“I’ve always known, even in high school, that this was her favorite movie and held a special place in her heart,” he says, so he knew he wanted to incorporate the film into the big moment.

They live on opposite coasts—he works in the film industry in California, while she’s a cardiologist in Virginia—but the couple returns to Brookline each year to spend the holidays with family. So he settled on December 30 as the big day.

Loechler was well-prepared to pull a viral stunt like this off. A California-based filmmaker by trade, his credits include a viral ad of John Legend re-enacting the “Arthur fist” meme. To help bring this particular vision to life, he teamed up with an Australian animator named Kayla Coombs, who specializes in Disney-type drawings, after spotting her work on Instagram.

He had originally planned to show David the video at home, and capture her reaction via hidden camera, but decided to go for a more grand setting. So he conspired with the Coolidge, booking a 45-seat movie house in the theater, soliciting help from a projectionist to display his masterpiece, and arranging for theater staff to write a congratulatory message on the building’s marquee while the film was underway.

Then he created an official-looking listing from the theater to make it seem as if it was hosting a special screening of the Disney film on December 30, and tasked David’s mother with inviting her. “Sure enough, a few days later I was very proud when I received an invite from my girlfriend to her own proposal,” he says.

Loechler also arranged to fill the theater with friends and family, as well as a photographer, to witness the big moment. But to keep her from noticing all the loved ones hiding among the rows, he posted a casting call on Boston’s Reddit page looking for extras to act as a “buffer.”

“I was expecting maybe five or 10 people to respond, but it blew up. I got more than 200 people or so saying ‘This is so sweet. I’m in,'” he says. “The positive response was overwhelming, especially in a city like Boston which can get a bad rap for being curmudgeonly Massholes.” 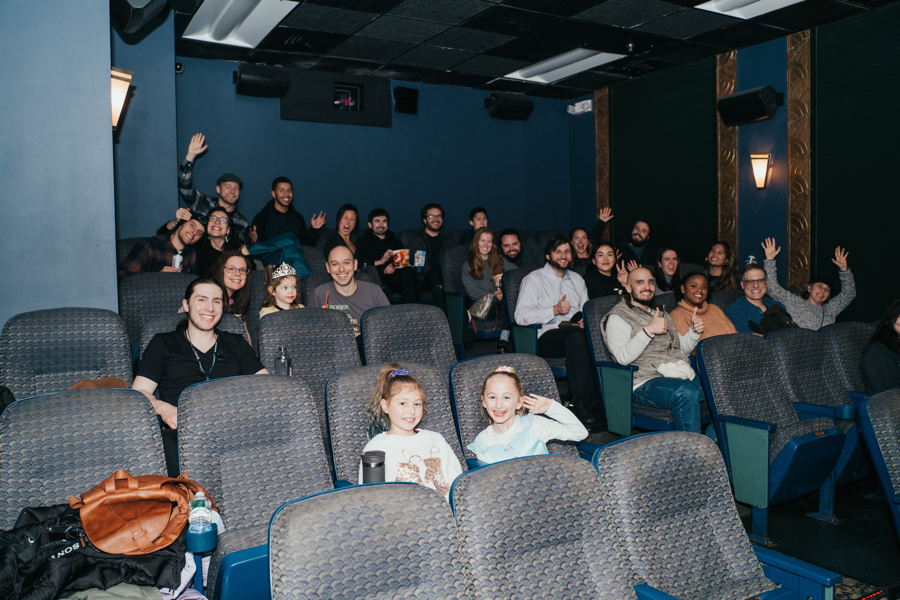 Mark Anastasio, the theater’s program manager and director of special programming, says the Coolidge has helped coordinate plenty of proposals over the years, but they’re usually much less involved—typically someone asks for use of the marquee, or to have a message projected on a screen. “We’re always a little hesitant to book our theaters for something like this,” Anastasio says. But when he heard the elaborate plan, “I kind of green-lit it just to see if he could pull it off.”

By all accounts, the execution was flawless. And since he posted the video on Thursday, the love has been pouring in from around the world. As for whether he’s made the rest of the well-meaning boyfriends out there look like schlubs, he doesn’t deny it. So does he have any more tricks up his sleeve for the wedding?

“No,” he says, with what I imagine is a twinkle in his eye. “I think we might just elope in Vegas.”

Somehow, I doubt it. 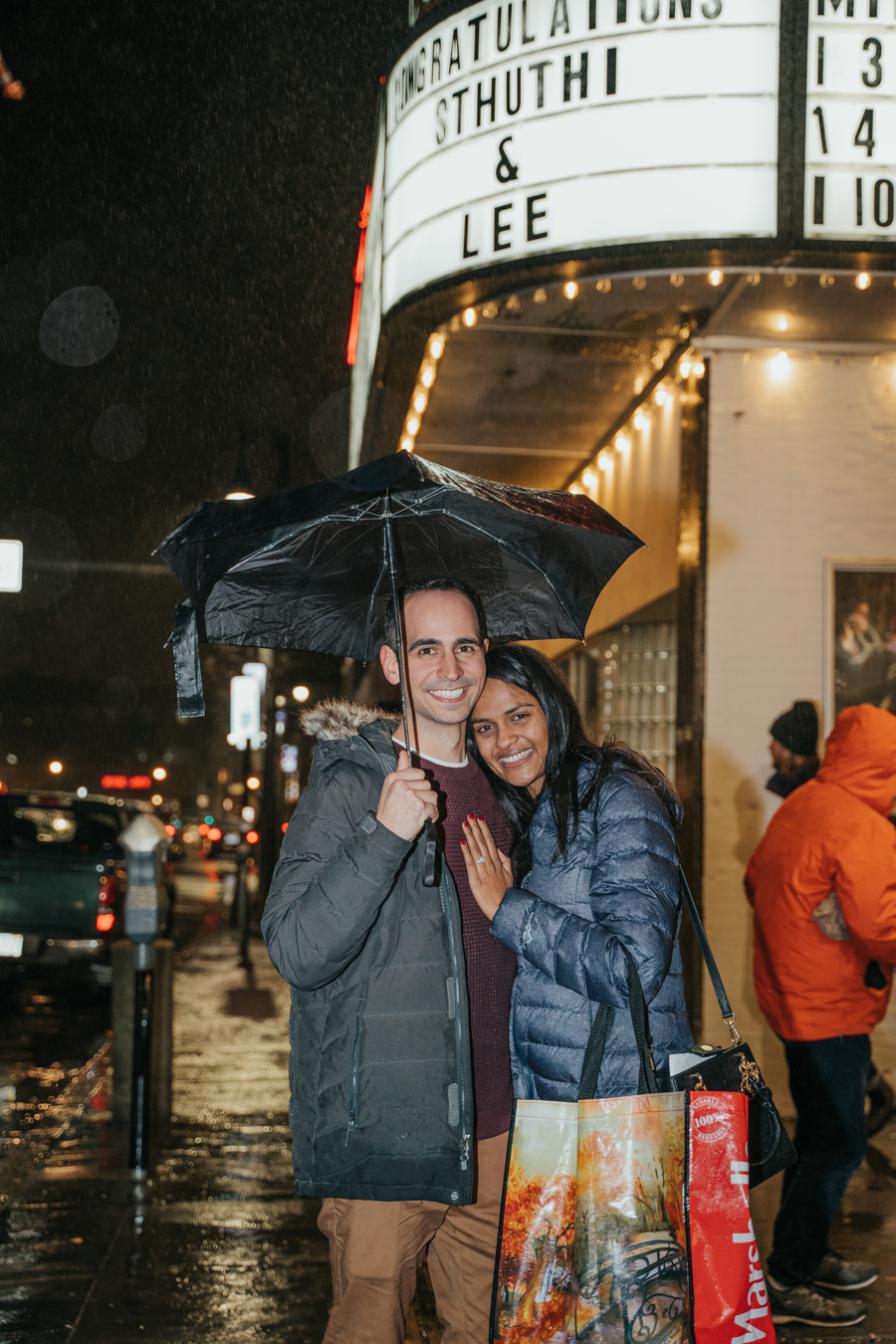