And a bit of Disney fandom, too. 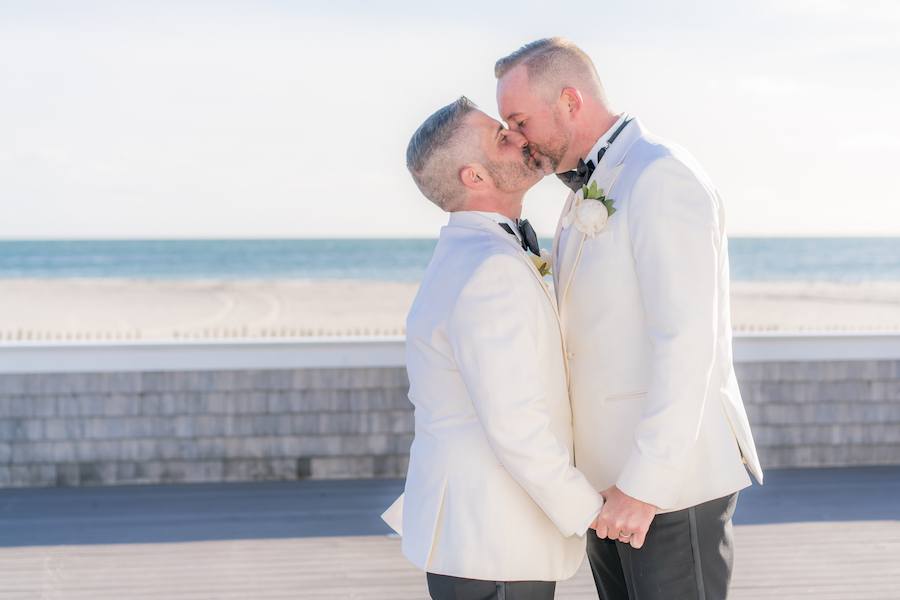 Billy Doane and Andrew Hirschfeld first crossed paths at a Boston area bar, where Andrew worked, in 2011. “[Andrew] was a bartender, but I was actually interested in the other bartender,” Billy confesses. Later though, Andrew tracked Billy down through social media and they started chatting. “Things just clicked,” Billy says. “Once I met him, it literally was love at first sight.” Their romantic relationship developed quickly, and to Billy’s delight, his dog Nola also approved of his new boyfriend. And with that, Andrew moved in with Billy in Swampscott about a month after they first met.

By September 2017, Billy had been carrying around an engagement ring for about six months, waiting for the right moment to pop the question. They were at Andrew’s sister’s wedding, where Andrew served as man of honor, when Billy felt he’d found the perfect opportunity. After the celebration, they were back in their hotel room “on cloud nine,” Billy says.  “I basically [told] him he’d done such an amazing job planning his sister’s wedding that it was about time he start planning his own.” Andrew said, “Yes,” of course. “It was definitely about time,” Andrew adds with a laugh.

Since both Andrew and Billy work in the local catering industry, they were more than familiar with what goes into planning a wedding. Not to mention, they’d already been to a hoard of area venues. For that reason, they sought a space they hadn’t spent a great deal of time in—one that would suit them uniquely. Alongside their mothers, they set out to tour a range of Cape Cod venues, and Wychmere Beach Club was the final spot on their list. “Right when we walked in, we knew it was the one,” Billy recalls. They felt it was a place that could give them the “wow-factor” they were looking for, Andrew adds. And on the day of, when they stepped inside their reception space for a sneak peek after their ceremony, they were stunned. “We were totally blown away,” Andrew says. “It was pretty emotional, walking into the reception after all the work and time and planning we put into our wedding.” And despite all of the thought and effort the two expended while bringing their vision to life, they’d repeat it all in a heartbeat, Billy says. “As picky as we are in this business, there wasn’t one thing that that went differently than I had envisioned,” he says. “The party was perfect.” 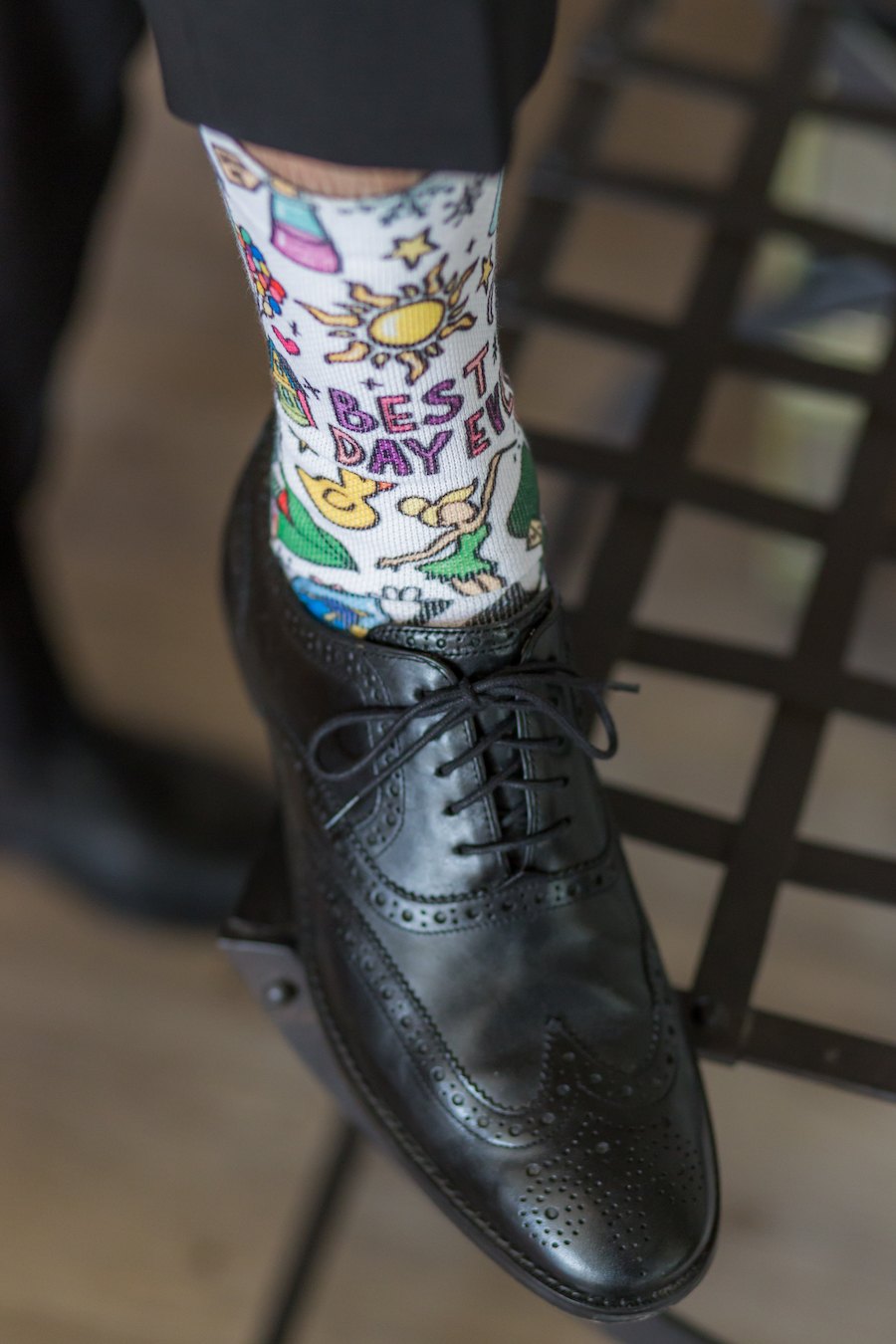 Since Andrew is a lifelong Disney fan, his sister gifted the couple, their families, and the wedding party Disney-themed socks to wear on the big day. As for the rest of the duo’s attire: They donned ivory suit jackets for their ceremony (Andrew’s choice) and then switched into navy (Billy’s pick) for the reception. “We’re a little extra,” Andrew says. 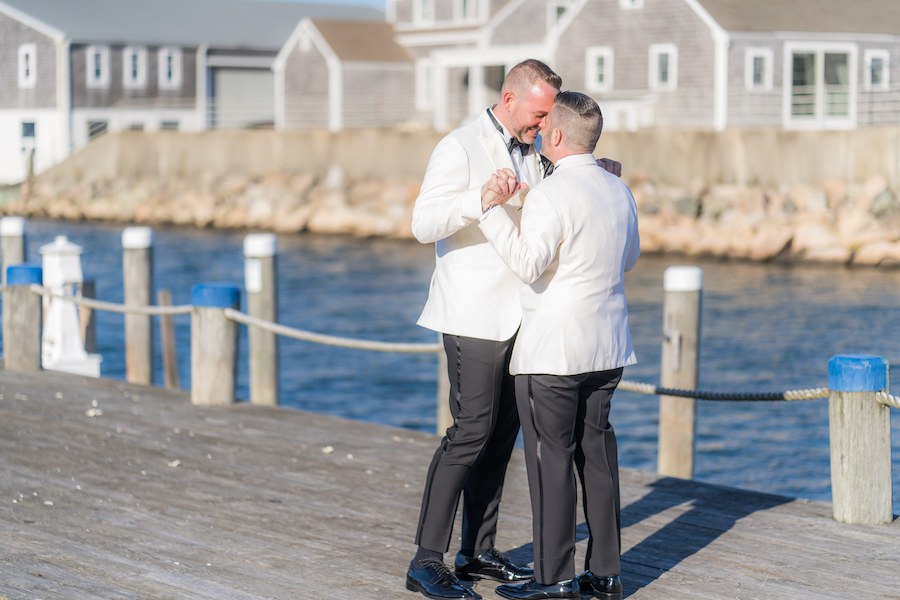 After getting ready separately, the couple had their first look on a dock outside their venue. “It was a little chilly, but perfect,” Andrew says. “The sun was out and it was a perfect day.” 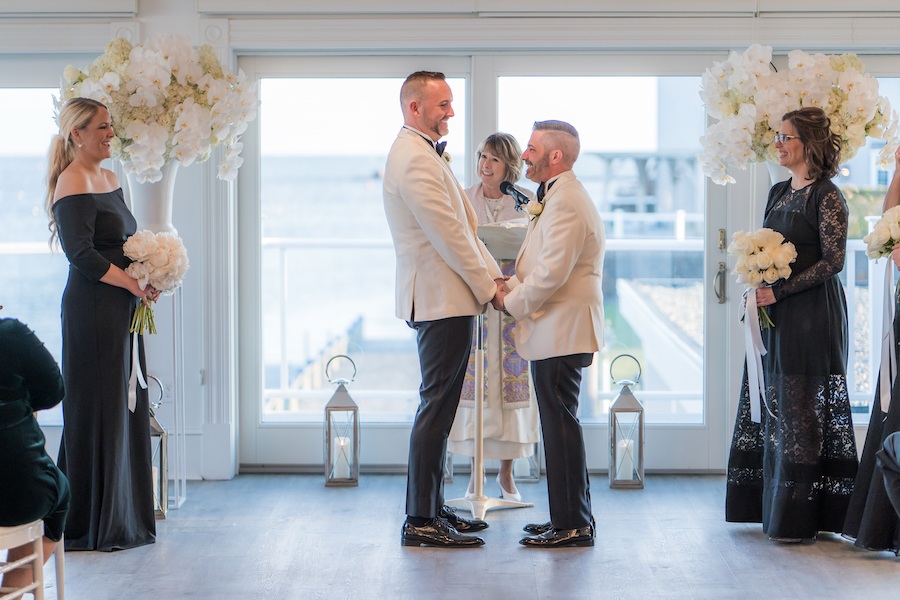 The couple’s ceremony, officiated by Faith Lavender of Cape Cod Ceremonies in front of 200 guests, featured two readings: Dr. Seuss’s “Oh, the Places You’ll Go!” and the Supreme Court’s majority opinion legalizing gay marriage. “We thought it was important for people to hear that message in that setting, and know that’s why we were there,” Billy says. ”
At the same time, we embraced the whimsical side of our relationship, too.” 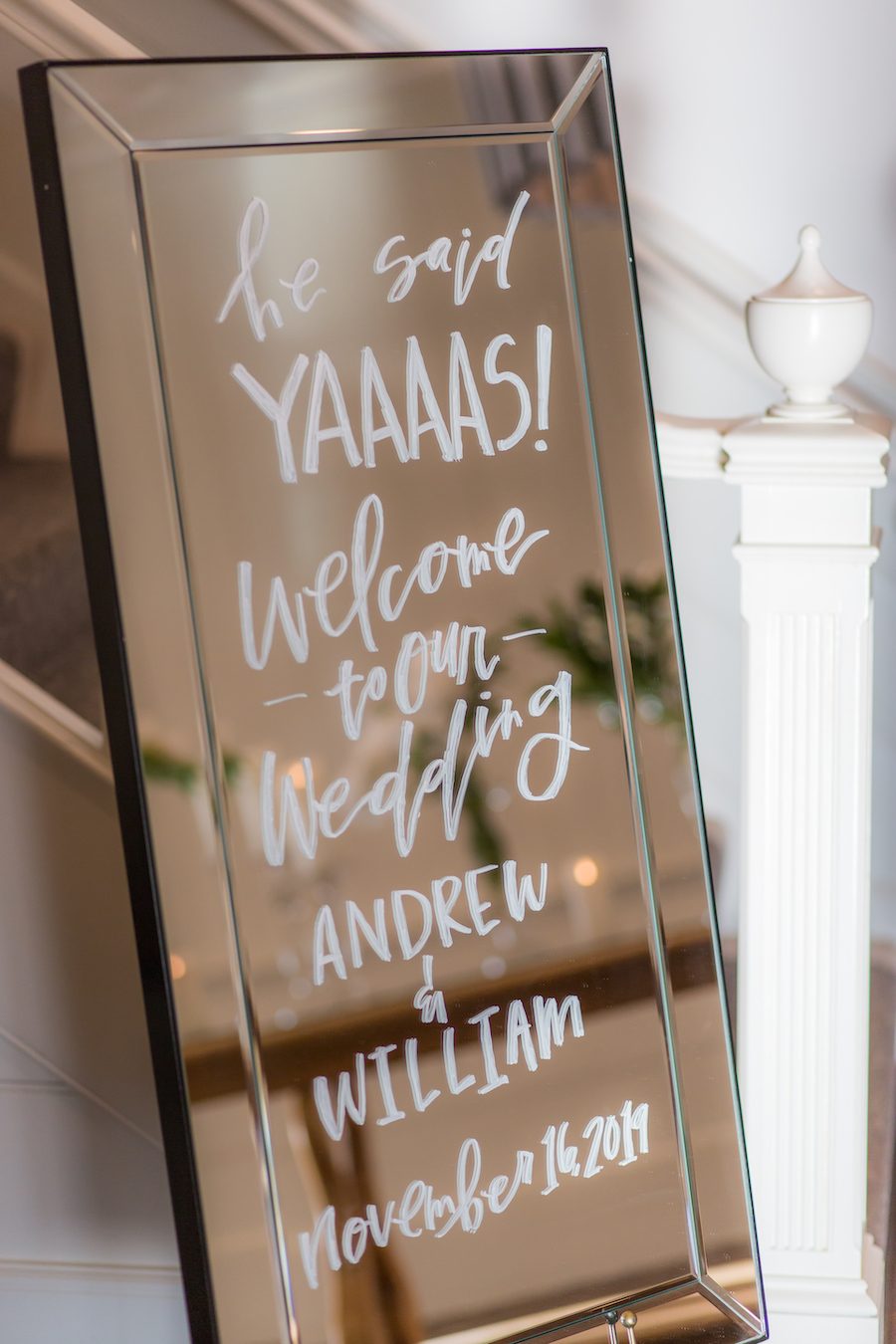 While the pair wanted their wedding to have a classic, elegant feel, they also incorporated hints of humor and personality throughout the day. One of those come in the form of a mirrored welcome sign, which one of their wedding guests calligraphed with “He said Yaaaas!” 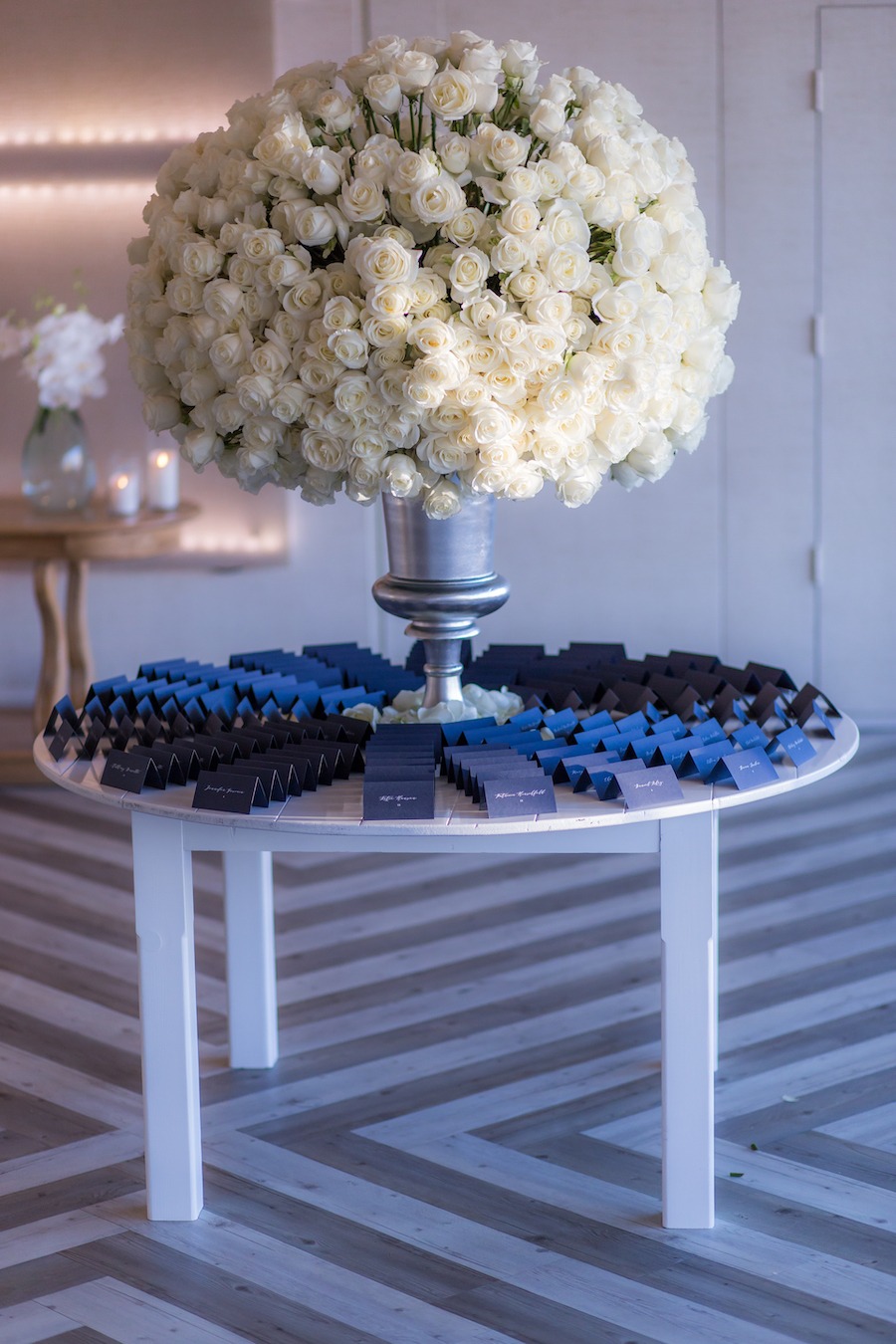 Andrew came up with the concept for the couple’s escort card table after seeing a similar image on Pinterest. “It was something that really stood out prior to walking into the reception,” he says. 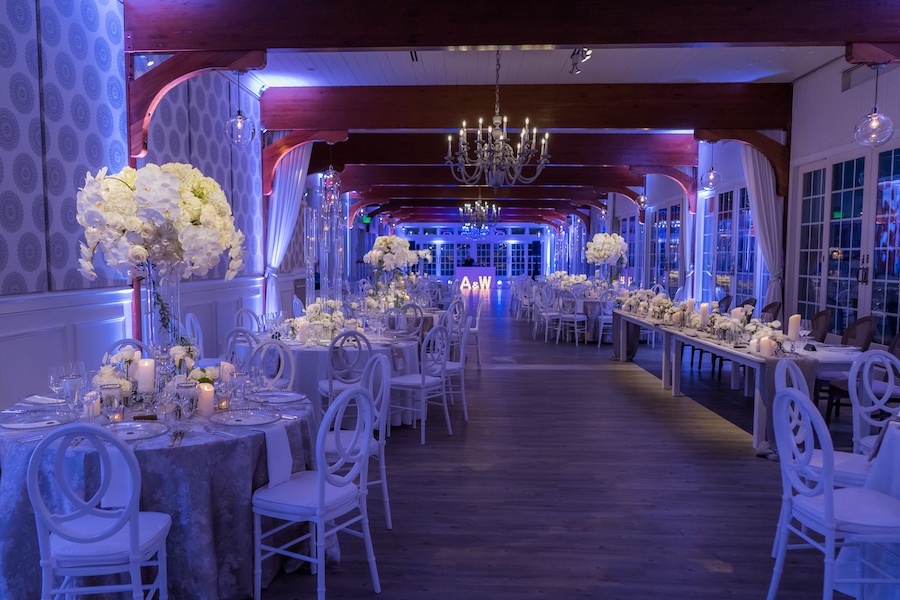 Billy and Andrew wanted their tablescapes to convey a balance of grace and masculinity, with centerpieces featuring white, ivory, and cream roses, hydrangeas, orchids, and peonies. The reception space, meanwhile, featured simple uplighting and a palette of silver and gray. 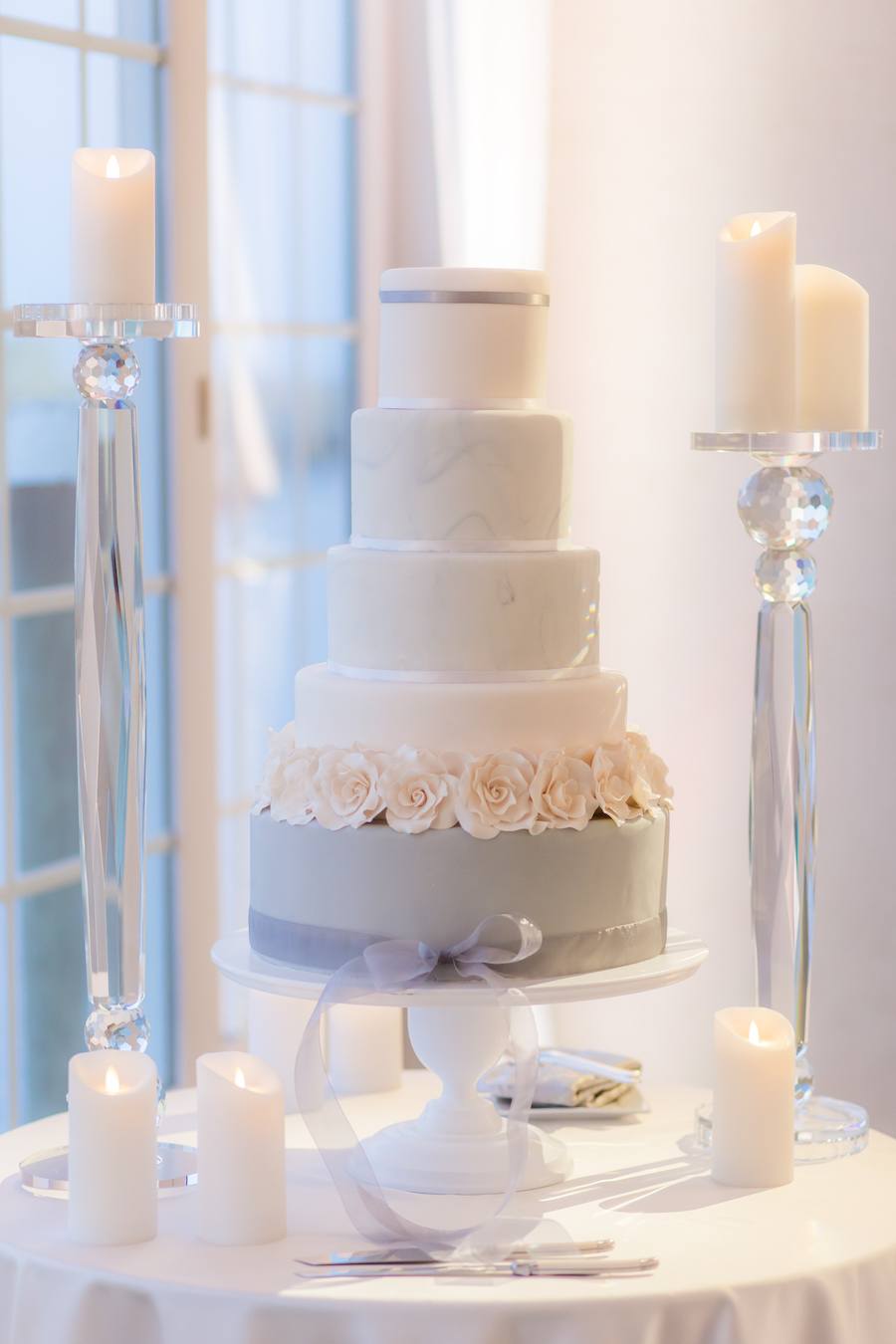 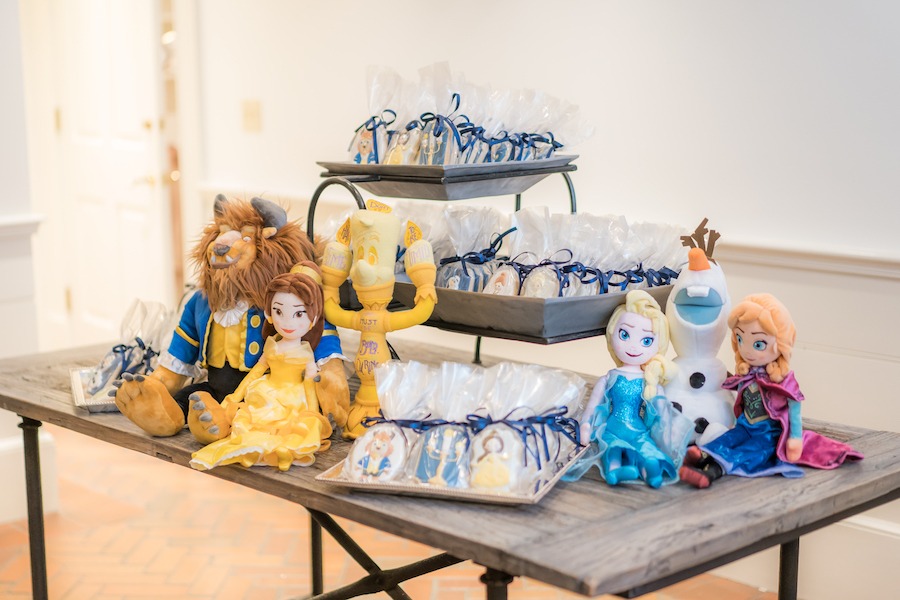 Billy surprised Andrew with their wedding favors: custom Disney-themed cookies from the Painted Pastry in Beverly. 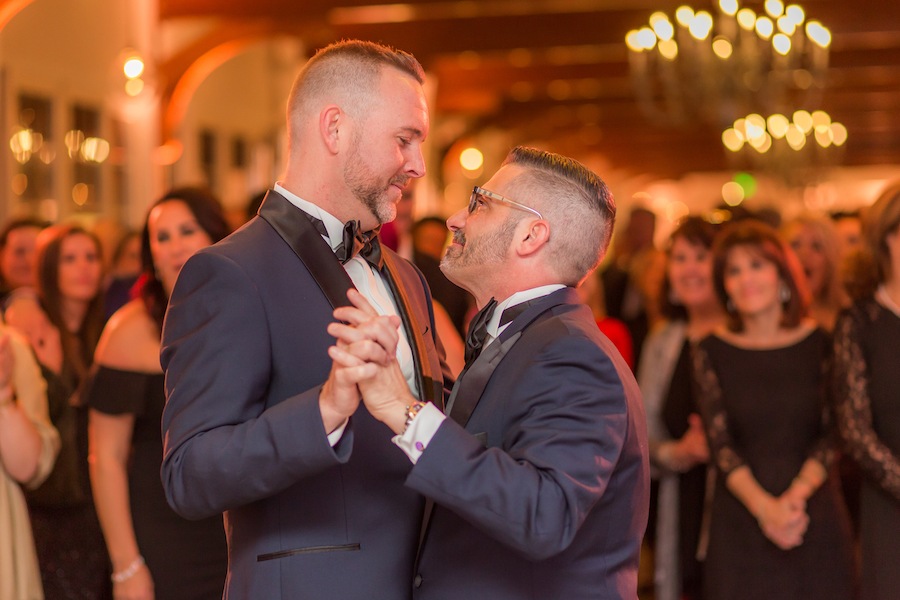 The couple had their first dance to “All of Me” by John Legend. “I did in fact cry the entire time,” Billy recalls. “I am an incredibly emotional person, so it was just one day to cry the whole time.”