Amid the Spread of Coronavirus, Local Couples Face Wedding-Date Uncertainty

As vendors work to help brides and grooms salvage their plans, they worry about long-term industry impact. 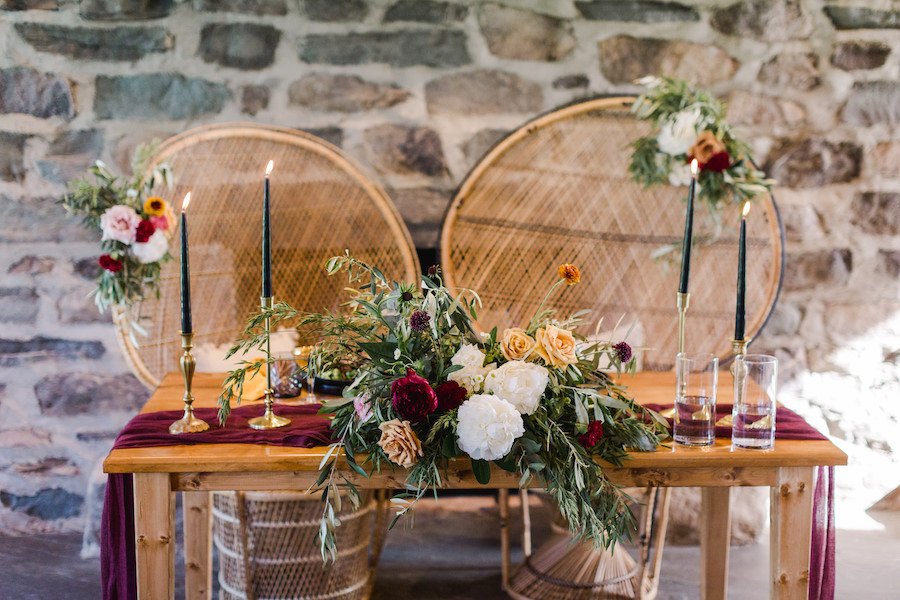 Stephanie Lopez and Steve Abellard’s wedding is a long time coming. The Brockton residents have been together for 16 years, and they got engaged in 2017. Over the last three years, they spent time saving money for and planning their wedding (and added a second child to their brood). Now, because of Coronavirus, neither knows for sure whether the April 24 wedding they’ve sent out 200 invitations for will actually happen. On Friday, their venue—the Villa at Ridder Country Club, in East Bridgewater—assured them they hadn’t had any cancellations. However, in the wake of Governor Baker’s statewide mandate that there be no gatherings over 25 people through at least April 6, as well as the CDC’s recommendation that gatherings over 50 be canceled through May 10, Lopez only finds herself growing more unsure. “There’s been a lot of anxiety, but since this latest news this weekend, [we’ve gone] into panic mode,” Lopez says. “I’m like, ‘Oh my god, are we going to get canceled? What’s going to happen?’” Lopez hasn’t heard anything new from her venue, but she’s on edge, constantly refreshing her email for updates on what might happen. “We’ve been together for so long and we’ve worked so hard, and you have a vision of how you want [your wedding to be], and I just have no idea [if it will happen] now,” Lopez says.

Lopez and Abellard are far from the only couple currently in limbo; many local brides and grooms are facing difficult decisions and a growing likelihood that their weddings will not go off as they’d planned. “Things have without a doubt blown up overnight here and it’s been a tough few days facing reality with my clients and calming their nerves,” says planner Renée Sabo, founder of Boston-based Urban Soirée. Sabo adds that, so far, two of her upcoming weddings, in May and June, have been postponed over the past two days. Baker’s announcement Sunday was a major catalyst for those decisions. “It heightened the emotions for all of my brides but, for early-spring brides, it finally gave us the clear decision that we needed to move forward with postponement plans,” the planner says.

The announcement has affected other vendors, too. Pembroke-based floral designer Shawna Havenga, of the Wild Dahlia, had her first couple reschedule their wedding last week after a large number of guests had rescinded their RSVPs for the March 21 event. Since then, Havenga’s other clients have followed suit. Now she has had five March and April weddings postponed and expects at least one more couple to do the same. “All of those brides in April and May that were hanging onto hope called yesterday,” Havenga says. “As soon as that mandate came, my March and early April weddings had to move. Now, even May couples are rightfully concerned that this will carry on into their date.”

Fortunately, none of Sabo or Havenga’s couples have canceled their celebrations altogether, which both pros agree is best for clients and the industry as a whole. However, as growing numbers must reschedule, postponing isn’t as simple as picking a new date. As more couples postpone, both experts expect that it will become more and more challenging to pick a date that works for an entire roster of vendors. Likewise, couples should anticipate that they likely won’t be able to snag a Saturday September date at their original venue, but instead might have to move things into early winter, which—for a bride originally dreaming of a May wedding on the Cape–can be quite a shock. Sabo suggests that April, May, and June couples be proactive about coming up with a postponement plan now so it’s not as devastating if and when the time comes to move to a new date.

So far, Sabo’s rescheduled weddings have pushed to December, while many of Havenga’s have shifted to August dates. What was previously a low-key month for the florist’s team is now their busiest. As her summer schedule fills up, though, Havenga–who is nearly nine months pregnant and is self-quarantining while she waits for her son to arrive—fears how her business might be affected in the coming months. She worries about her staff of two full-time employees, who she’ll continue to pay while footing the rent for her studio space, too. “It’s hard, I have a staff that I care about and it’s a lot of pressure to make sure they’re taken care of,” she says. “We were all supposed to start the season this week, and now we’re all kind of unemployed for a couple of months.”

As Sabo continues to focus on preserving her clients’ joy and excitement while also protecting their investments, she can’t help but feel fear in the back of her mind, too. “As a planner, I’m obviously helping my clients, but then I also have to worry about how this is impacting my small business,” she says. Sabo, who hired two part time staffers last month, is taking the initial steps to ensure the safety of her company. That includes looking into applying for small business loans not because of imminent danger, but because she’s afraid of what might happen industry-wide down the line. “I have control over helping these clients—if you have a good team, we can move your wedding a week before if we really need to—but I don’t have control over the industry or how this will impact us, so that’s the scariest thing,” she says.