Nothing can stop Boston designer Candice Wu from outfitting brides in their dream gowns. 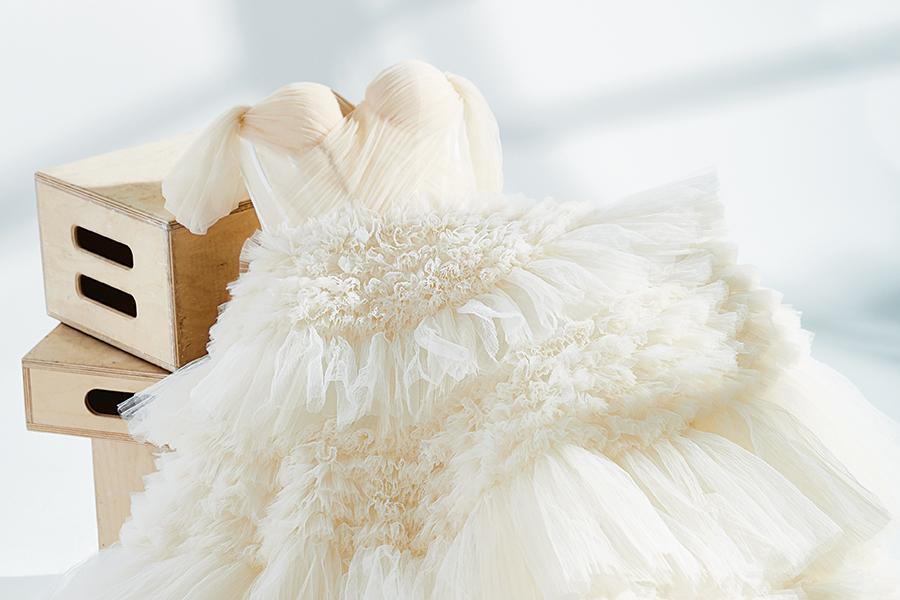 Candice Wu could hardly believe her eyes. Squinting in the darkness, the bridal designer took in the wreckage of her Harrison Avenue studio. A water-main break had destroyed the space a month before and Wu, back for the first time since the April 2020 flood, had come to see the damage. It wasn’t pretty: Her formerly pristine boutique, teeming with the ornate, big-skirted gowns for which the designer is best known, was now littered with debris and mildew, the lights long burned out from 5 feet of putrid water. And yet, standing amid the rubble of what she had built since starting her brand in 2011, Wu also found something unexpected: hope. “It was so dark, but I could see the dresses still sparkled,” she recalls. “I knew I had to start over.” 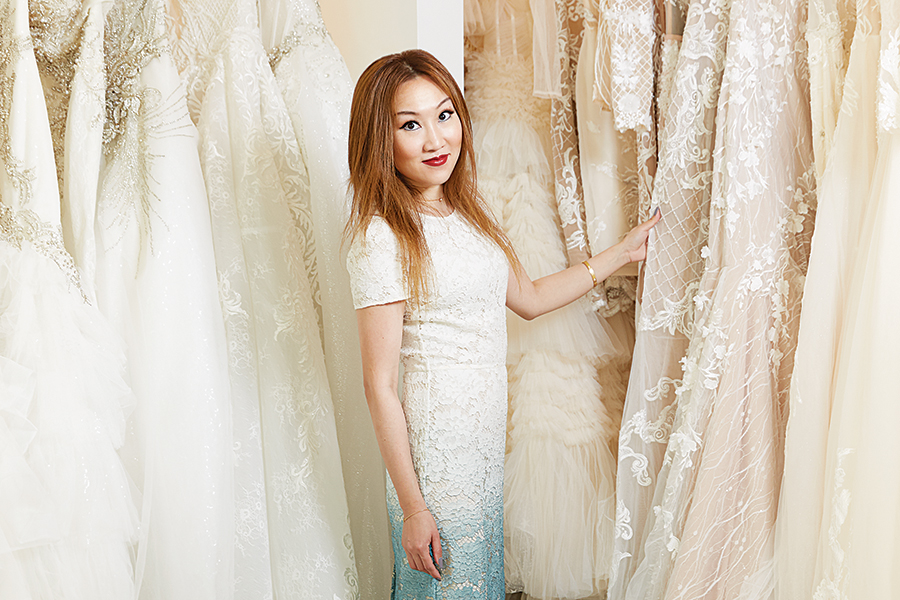 And she has. After negotiating with her landlord, Wu ended up moving her operation to a different unit in the same building. Opened last month, her new studio is an ethereal, all-white space—a fresh start befitting her elegant gowns, including a miraculous new collection created in the chaos of this year. The designer’s calling card is over-the-top, fantastical wedding dresses with long trains and dramatic detailing, but her latest frocks are markedly “less complicated,” she says, with sleeker silhouettes and pared-down beading. “A lot of people have moved to backyard or smaller weddings [because of the pandemic], but they’re still having ceremonies,” Wu says. “But whereas before they were doing big ball gowns to fill huge venues with lots of guests, now they’re all doing mermaid-style, simple dresses.”

Still, the designer hasn’t completely abandoned her big-and-bold approach (as one look at the cascading masterpiece on the previous page will attest). Although many of Wu’s brides are erring on the conservative side for their intimate, socially distanced celebrations, the designer feels strongly that after this current period of austerity, there will be an explosion of opulence in the other direction. And when that happens, Wu will be ready—new shop and all. “Once there is a vaccine for COVID, people will go crazy because they have been stuck in the house for a year,” she says. “I think there will be a boom after this.” 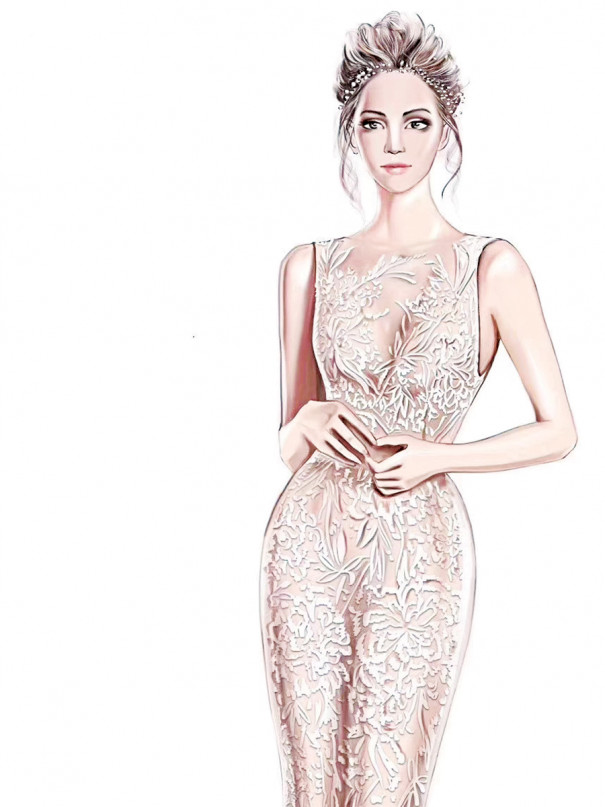 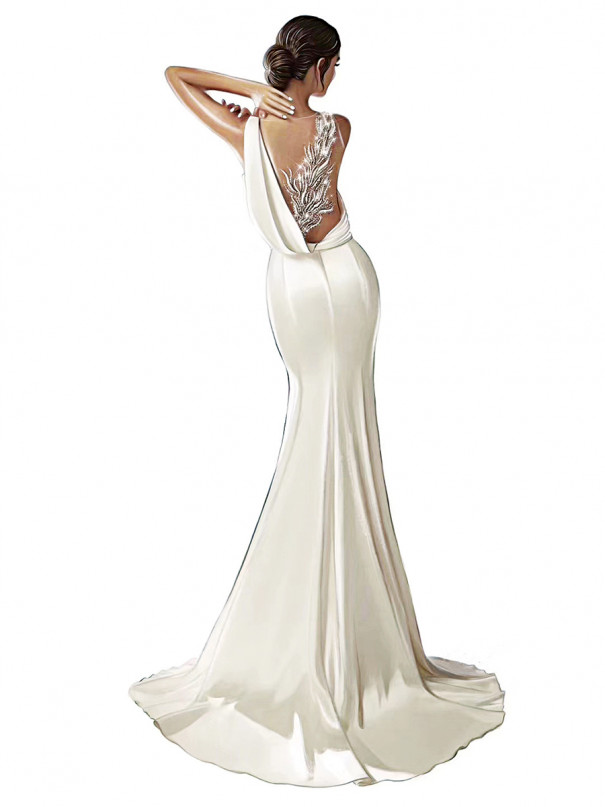 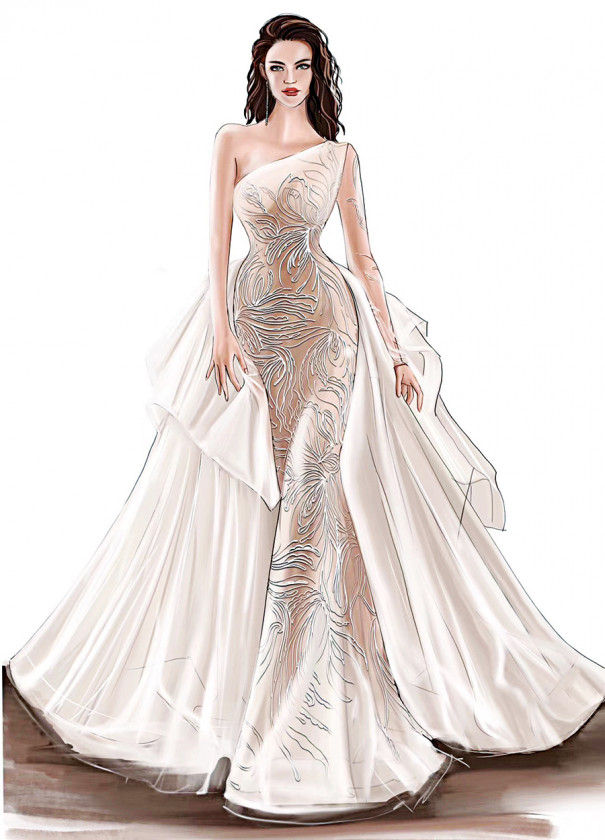