A private home on Martha's Vineyard provided the perfect setting for the festivities. 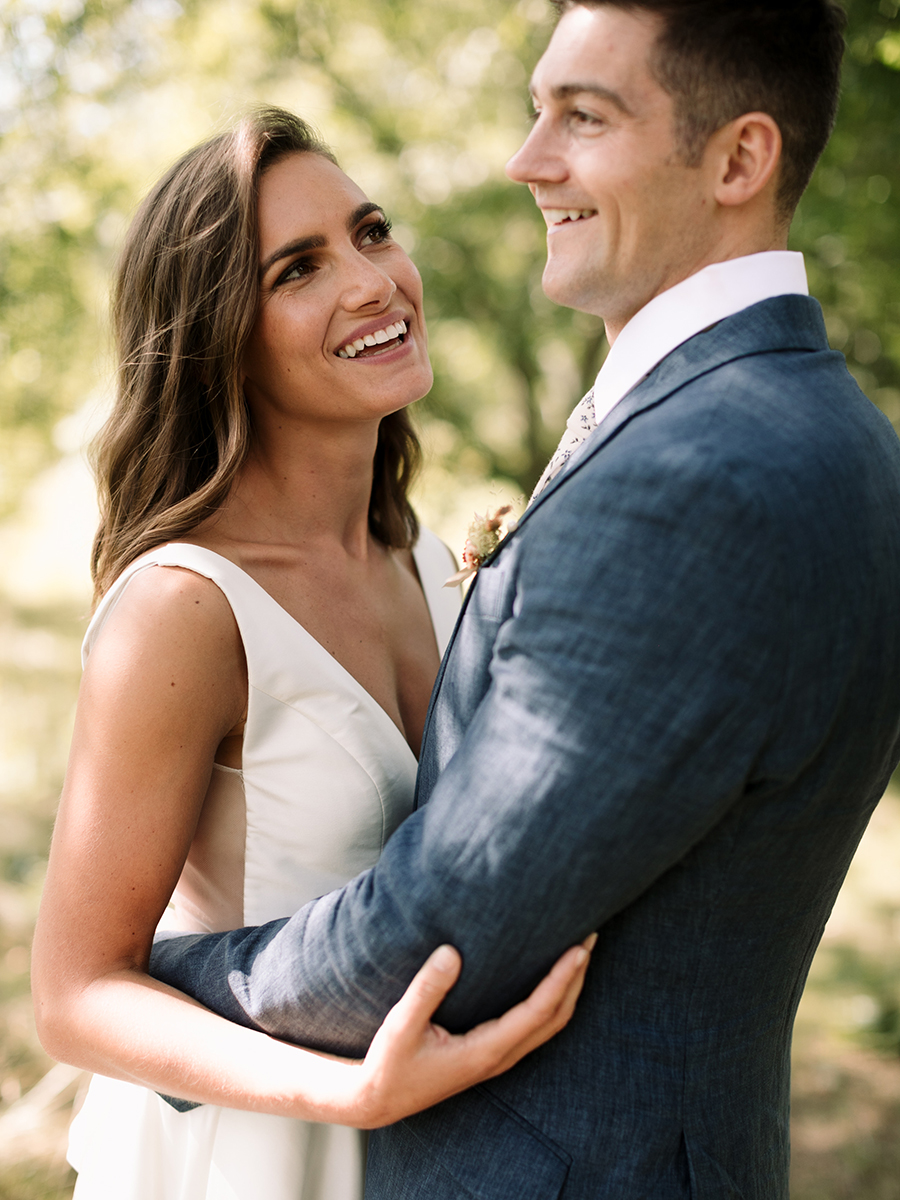 Elizabeth Jacobs and Joshua Paulson first met as elementary-school kids on Martha’s Vineyard. “Joshua was one of my brother’s best friends,” Elizabeth recalls. “I pretty much have had a crush on him since I was six.” After going strong for more than 10 years, the couple eventually got engaged where many of their coming-of-age memories were made: Capawock Theatre, a historical movie house on the island. To set the scene for the proposal, Joshua booked an empty theater to project photos on the big screen as their favorite song—“The Wonder of You,” by Villagers—played in the background. “I had the plan all along to [propose] in our hometown,” Joshua says.

For their wedding in September 2019, the couple stuck to their roots, organizing a backyard fete at the home of a family friend on the island. The unofficial theme of their celebration? “Growing up together and never growing apart,” Elizabeth says. “Imagining [our wedding] day for so long and being next to each other at the altar was just so surreal,” she adds. “I had to pinch myself once in a while and say, ‘Is this really happening?’” 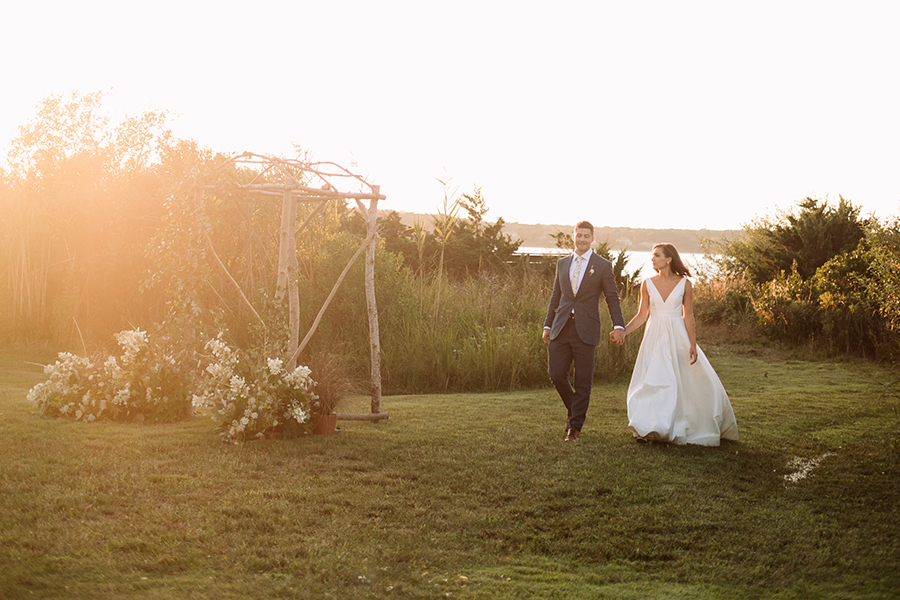 Venue
The couple had been planning for years to use their friend’s house on the water as their wedding venue. “Josh and I are so laid back, we couldn’t imagine ourselves getting married at a country club,” Elizabeth says. “The house checked off all the boxes for us.” 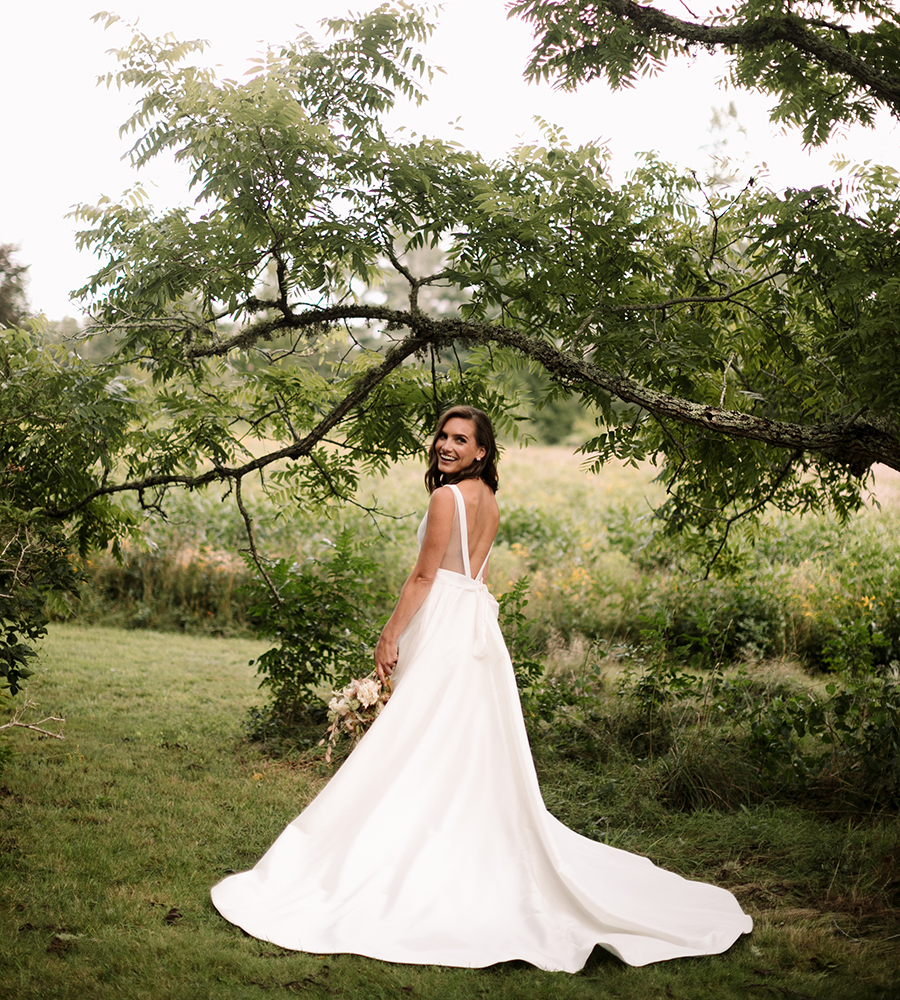 Dress
Elizabeth was drawn to her Jenny Yoo dress for its simplicity, comfort, and the see-through material showcasing her tattoo of the Vineyard’s coordinates. “The minute I put it on, I cried,” she remembers. “I just knew.” 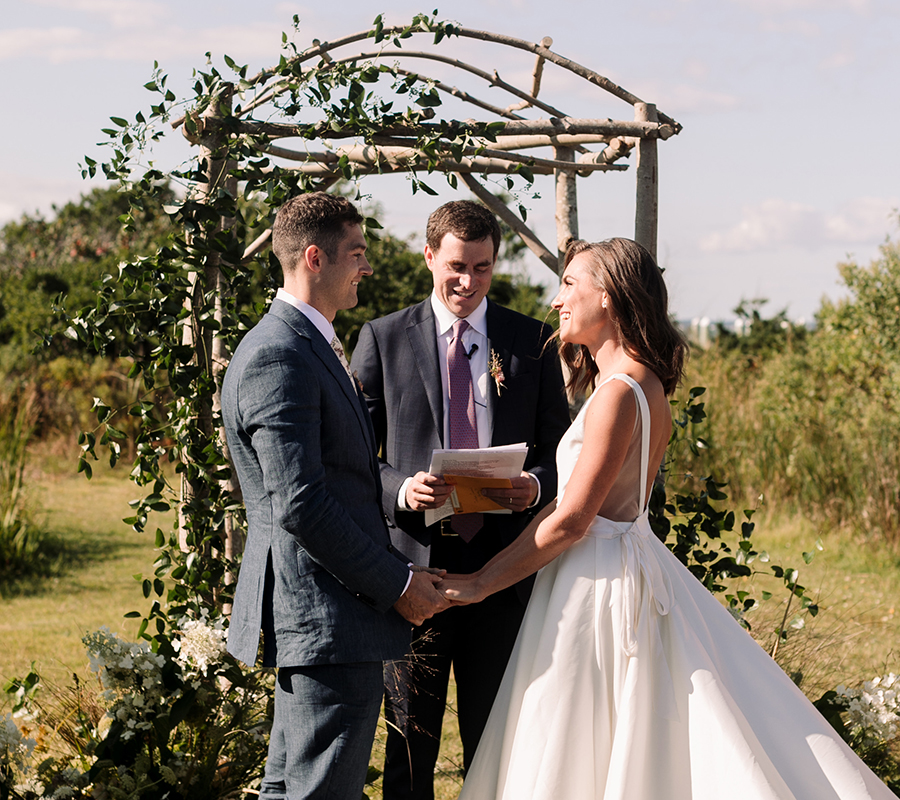 Ceremony
Officiated by their longtime friend Josh, the intimate ceremony showcased the deep connection between the bride and groom. “We didn’t write [our vows] together, but they were so similar,” Elizabeth says. “We both described the feeling of what it’s like when we’re not with each other almost word-for-word.” 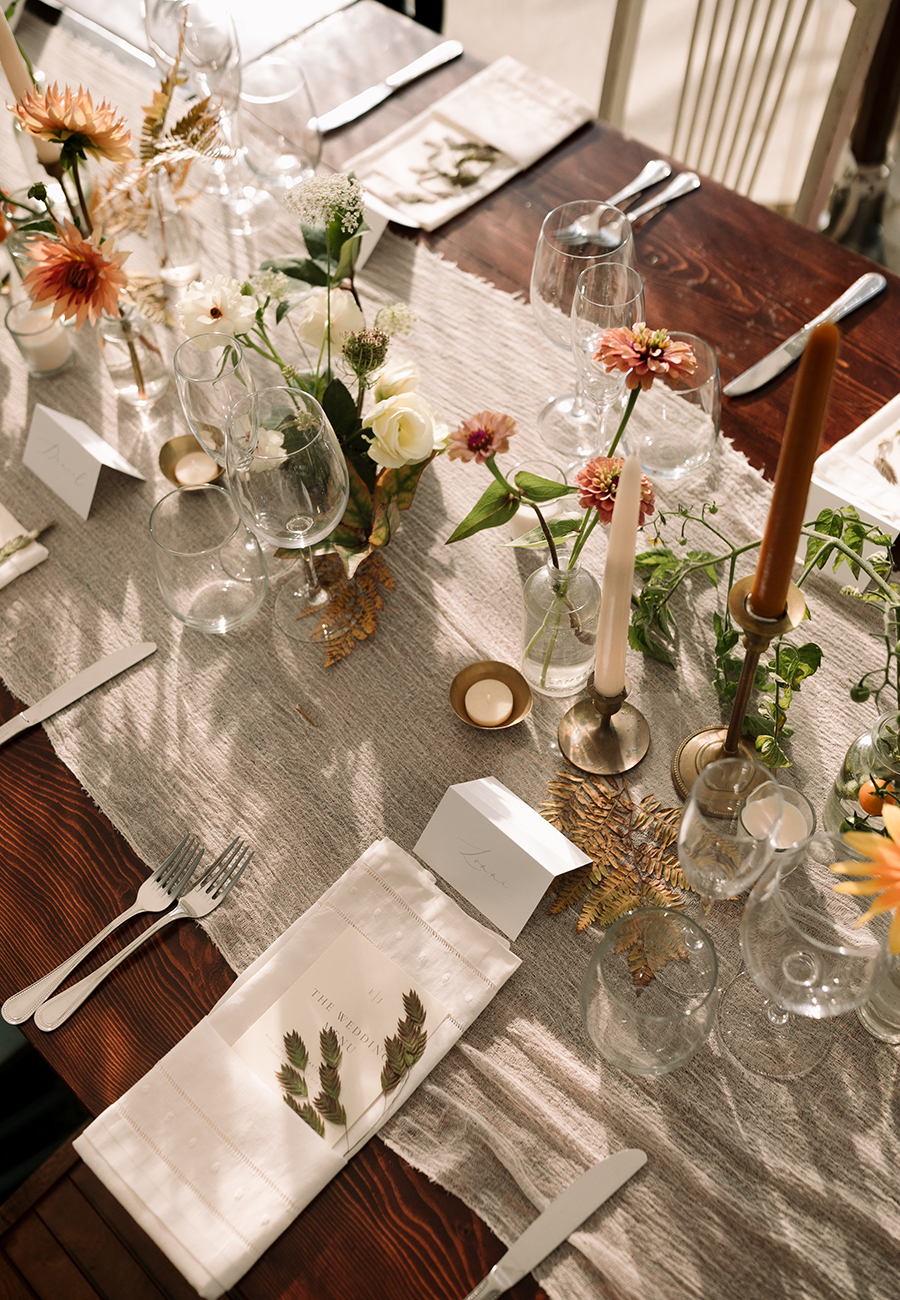 Flowers
Filled with wildflowers like lisianthus and Japanese anemones, the minimalist floral arrangements varied between subdued, natural colors for the outdoor ceremony and pops of color for the tented reception.

Toast
After the ceremony, the couple slipped away to enjoy a glass of champagne together from a room overlooking their guests in the yard. “A lot of times, people don’t remember their weddings because they go by so fast,” Joshua says. “Having that little bit of reflection time to see everybody down there and be alone together for a minute [was] great.” 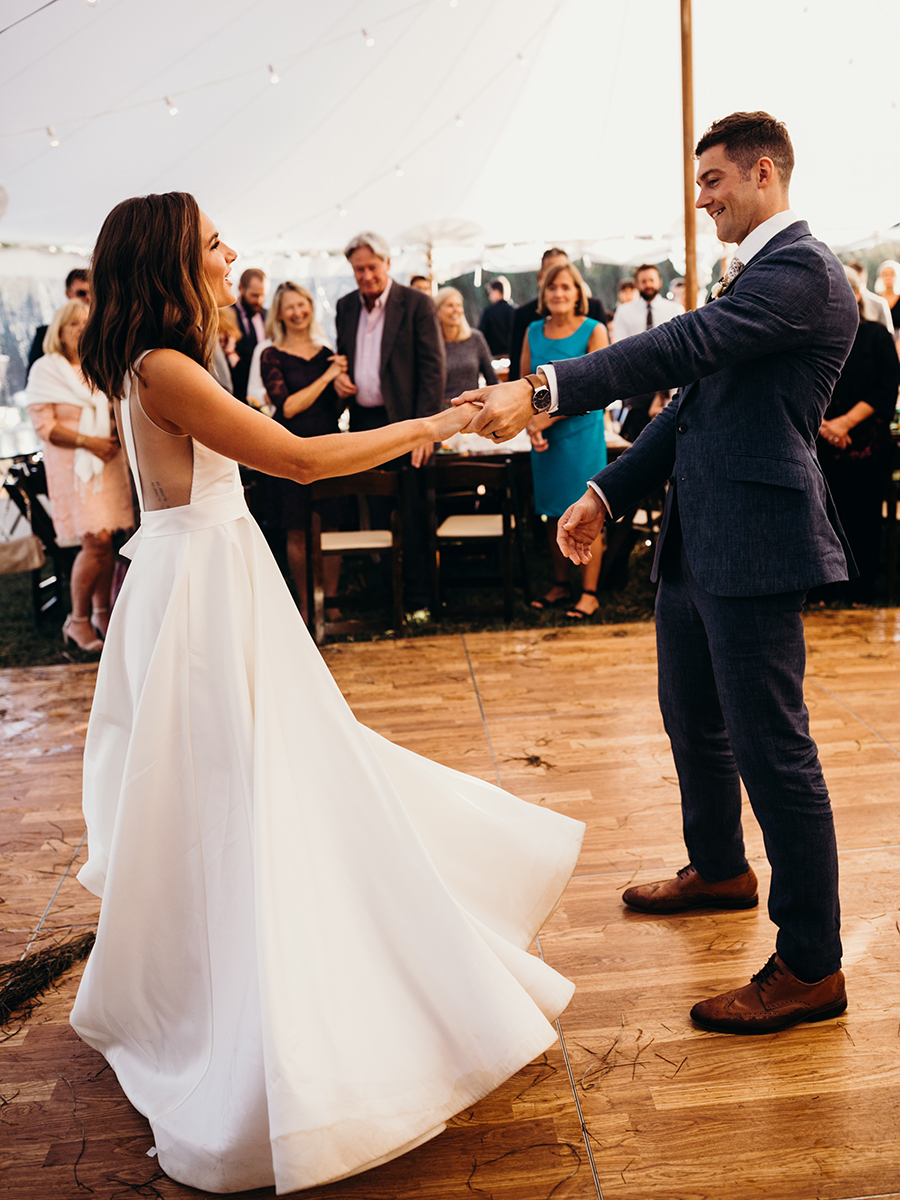 First Dance
Villagers’ cover of “The Wonder of You”—the same song Joshua played during the proposal—brought the newlyweds together for their first dance. “We were so close, looking at each other the entire time, and seeing everyone that we love there, crying,” Elizabeth says. “We were just so filled with joy.” 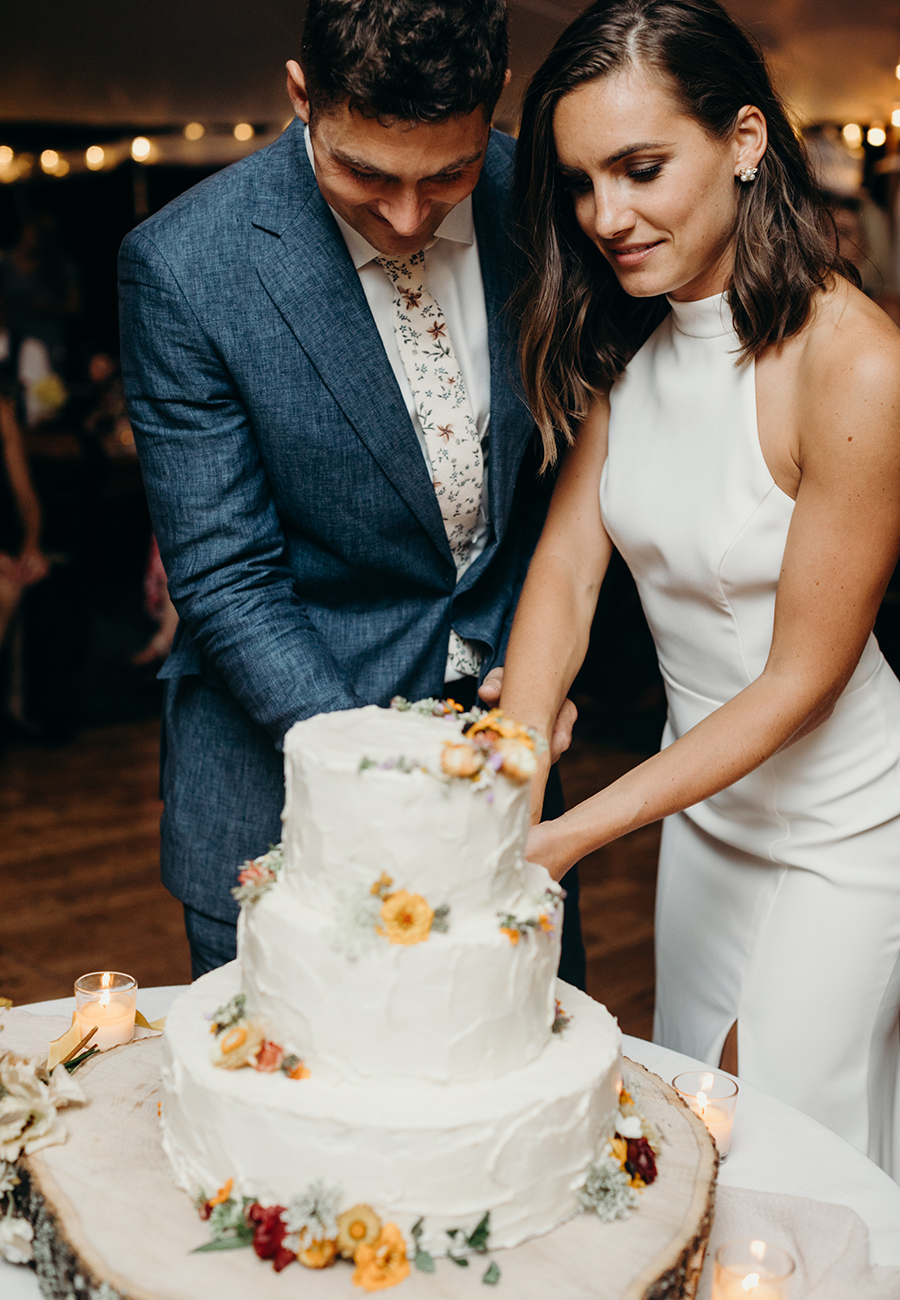 Cake
The couple reached out to their friend Nina Levin to create their luscious layered cake with toasted-coconut vanilla buttercream. Even though they were too busy mingling to enjoy a slice on their wedding day, Elizabeth describes their cake tasting as “one of the most special days of the whole planning experience.”