Connecticut gaming got a big boost last year, thanks to the new MGM Grand at Foxwoods and a makeover at Mohegan Sun. Now that the buzz has quieted, TINA CASSIDY stacks up the two mega-casinos.

THE ROOMS
You could do a cartwheel in the spacious, swanky bathrooms of the hotel’s 825 rooms.

THE GAMING
Despite 1,400 slot machines and 60 table games, the offerings seem dwarfed by the vastness of the adjacent Foxwoods. 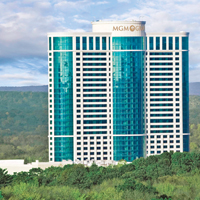 Michael Schlow does elegant Italian at the 225-seat Alta Strada.

THE NIGHTLIFE
The main-stage acoustics make even Carole King sound fresh; aging guests feel young at the Shrine nightclub (after coughing up a $20 cover).

THE LOOK (see image at right)

THE ROOMS
The décor underwhelms, but the price entices—frequent deals offer savings of up to 30 percent.

THE GAMING
The new Casino of the Wind adds 45,000 square feet to the existing Earth and Sky areas. Also, the poker-only room returns. 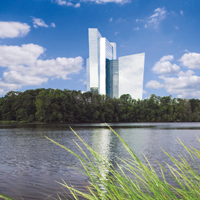 THE NIGHTLIFE
The (new) New Kids on the Block have breakdanced onstage in the 10,000-seat arena. As a smaller venue, the cabaret is cozy enough.

THE VERDICT Big-spending scenesters would do well at the glitzy MGM Grand. Serious gamblers can skip the fuss and roll the dice at the slightly more understated Mohegan Sun.

THE LOOK (see image at right)