Introducing the up-and-coming design pros who will shape the way we build our homes, decorate our living rooms, spend our free time, and think about the city in the decade to come. 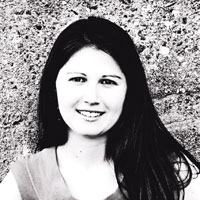 Stephanie Horowitz and her partners started laying the groundwork for Zero Energy Design (ZED) while studying at Cornell University. They founded the school’s first Solar Decathlon team, ultimately designing and building an 800-square-foot, ultra-energy-efficient home for the annual U.S. Department of Energy competition. (They won second place.) It was at Cornell that they discovered the value of having several experts under one roof, including engineers and business types. After a year at large New York firm NBBJ, Horowitz joined her former teammates in Boston to establish a multidisciplinary company dedicated to green design. “It was a calculated risk,” says the designer, “but I didn’t want to follow the traditional model of working until my mid-40s before going out on my own.” Since then, ZED has scored several projects on the Cape (including the residence featured on page 54) and is currently wrapping up the design of a house in Little Compton, Rhode Island. 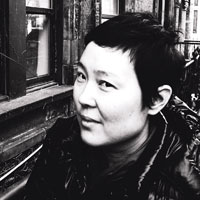 Just two years after earning her degree from Harvard, Chaewon Kim partnered with her Swiss-born husband, Beat Schenk, 44, to start Uni-Architecture, a design/build firm based in Cambridge. As upstarts, they didn’t let a lack of clients stop them: While Schenk continued his day job at Cannon Design, the two began to design and build house after tiny, modern house on a small plot near the Alewife MBTA station. They toiled weekends and nights, building with their own hands and often relying on how-to books for guidance. Their whimsical approach to residential design appealed to Cambridge intellectuals and quickly sold. The projects also brought them international attention and plenty of press, so much so that Kim and Schenk’s talents are now being sought in New York and as far away as China. 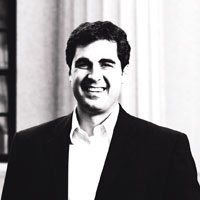 It takes a certain amount of optimism to leave a big firm—and in Ted Touloukian’s case, a willing partner. After spending almost a decade working for others, Ted and his wife, Susan, launched a partnership in late 2003. The couple, who met while studying architecture at the University of Michigan, call their warm, contemporary aesthetic “contextual modern.” Case in point: their design for the tiny “East Sixth Street House” in South Boston, built for a local developer. It required serious planning skills to squeeze 1,825 square feet onto the petite lot, give the home a distinct presence while meeting a $145-per-square-foot budget, and avoid offending the more conservative Southie neighbors. Bright and airy, with deep light wells and glass railings, the resulting condo addition won a Small Firms/Small Projects award from the Boston Society of Architects in 2008. Currently the Touloukians are finishing up a pavilion in the new Riverside park on Memorial Drive in Cambridge, among smaller projects. They live in South Boston with their three young children.