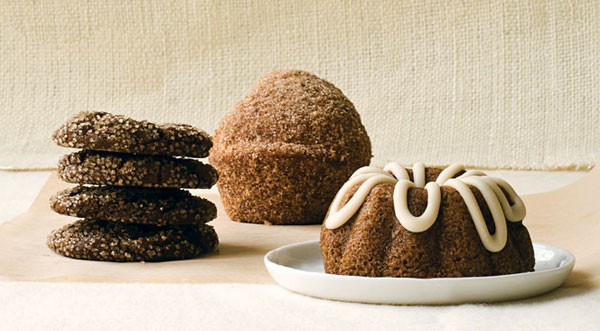 Sweet Beginnings  Katie Rooney got her start selling Mediterranean pastries at local farmers’ markets and Jamaica Plain’s City Feed and Supply. Now, after developing a cult following with her cinnamon doughnut- muffins, spinach pies, and honey cake, she’s finally got a place of her own. At Somerville bakery 3 Little Figs, opened in mid-October, you’ll find her signature pastries (pictured) alongside Greek frappes, salads, and sandwiches.

All-Star Arrival  After mastering the art of the sandwich, brothers Kosta and Johnny Diamantopoulos of Inman Square’s All Star Sandwich Bar are moving on to pizza: Their new venture across the street—dubbed All Star Pizza Bar, of course — opens late this month. The menu will focus on thin-crust, brick-oven pies in gut-busting varieties such as buffalo duck confit, and will also feature pizzas dreamed up at nearby eateries like Tupelo, Green Street Grill, and Chez Henri.

South by Northeast  Ever since Rocca closed last year, we’ve been hotly anticipating chef Tiffani Faison’s next step. The wait’s almost over: Sweet Cheeks, a traditional barbecue joint, is taking over the former Cambridge 1 space in the Fenway. Faison visited legendary Texas barbecue spots for inspiration, and the result is a casual concept featuring an outdoor beer garden with a porch swing (!) and down-home fare like pork belly, brisket, and an awesomely lowbrow “white-trash fruit salad.”