It’s the weekend. You can spend it drinking until 2 a.m. and sleeping until noon, or you can drag yourself out of bed and enjoy it. Here are some suggestions for your precious two days of total freedom, prepared for you by Boston Daily. 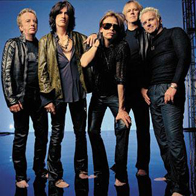 The parties at the Natick Collection just don’t stop. Tonight, Neiman Marcus celebrates its opening and the retailer’s centennial with an Opening Gala. The event features an open bar and food, as well as the Sox/Yankees game playing in the men’s department.

Now that Boston Fashion Week is wrapping up, the Boston Film Festival can begin. The festivities begin tonight with an opening night party at 33 Restaurant and Lounge.

Bostonians love to take advice from baseball players. (That’s why we’ve all got Newpro windows and eat gross breakfast sandwiches from Dunkin Donuts.) Cal Ripken, Jr. comes to the Barnes and Noble in the Pru to talk about and sign copies of his book Get in the Game: 8 Elements of Perseverance That Make the Difference. We hope this book will help break us of our breakfast sandwich addiction.

We love beer. Luckily, Sam Adams hosts Sam Adams OctoberFest, where you can sample 14 of the company’s beers. Kismet! 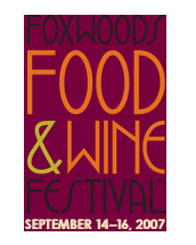 We’ve come a long way from Julia Child gleefully shouting French at us on WGBH. Now there’s a whole network dedicated to celebrity chefs and their food. If you’ve always wanted to see the Food Network live, there’s the Foxwoods Food and Wine Festival. The festival lasts all weekend, but today there’s a celebrity chef poker tournament and cooking demonstrations from hottie Giada De Laurentiis and others.

The South End Open Studios is one of the city’s premiere art events, where hundreds of artists open their workspaces, hobnob with the public, and sell their work. Even if you aren’t in the market for art, it’s great to see studio space that hasn’t been converted into condos.

We’re still not over hearing “I Don’t Wanna Wait” all the time in the late ’90s. We still aren’t sure if we can take someone named Mandy who sang a song called “Candy” during the same time frame seriously. But the bill of Paula Cole and Mandy Moore might just be strange enough to work.