Elizabeth Warren: We Can Do Better Than Neil Gorsuch

She says the nominee is in many ways "more radical" than Antonin Scalia. 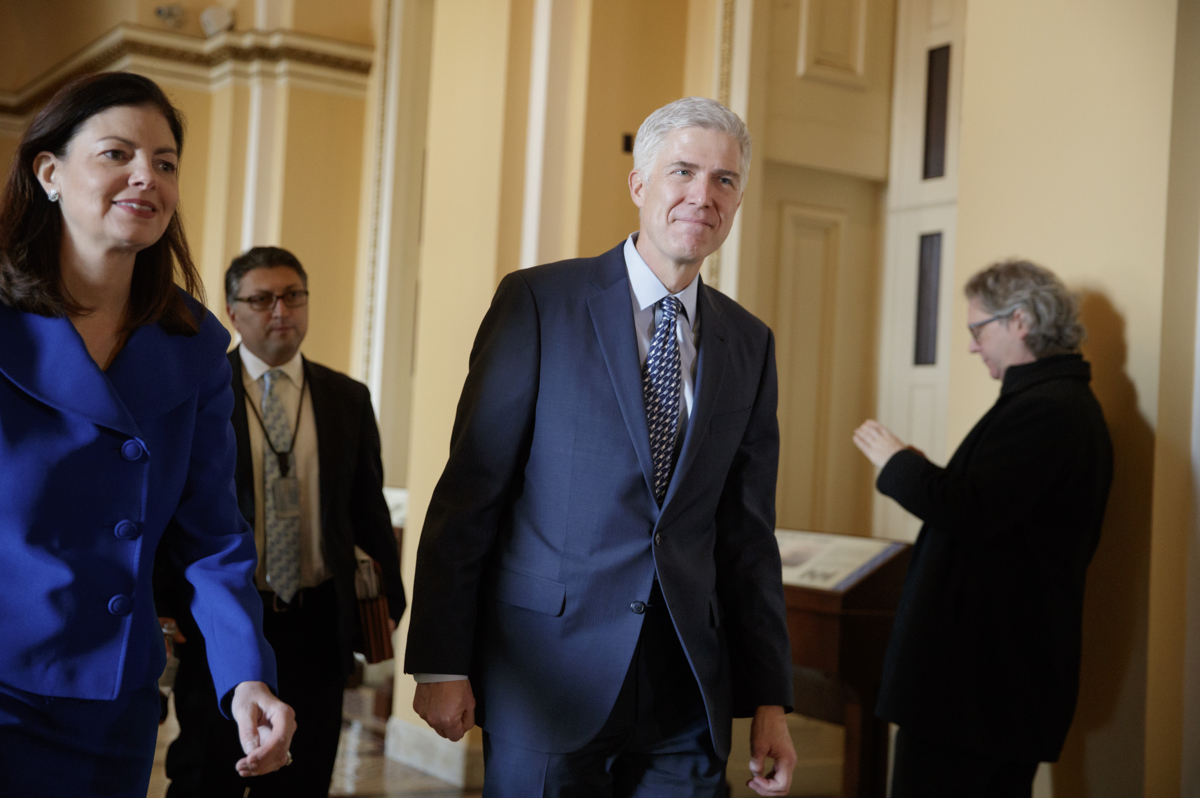 As Trump’s Supreme Court nominee is slated to attend his first U.S. Senate confirmation hearing Monday, Elizabeth Warren is urging her colleagues to take a stand: We can do better than Neil Gorsuch, she says.

In an op-Ed in the Globe today, she rails against the Harvard alum, saying his prestigious pedigree doesn’t change the fact that he is, by her characterization, a far-right jurist in the pocket of big business, and that, “when it comes to the rules that protect public health and safety, Gorsuch is more radical than [the late Supreme Court Justice Antonin] Scalia was.”

If he had his way, he’d make it even easier for corporations to challenge health and safety rules that prevent them from polluting our air and water, poisoning our food, undermining public safety, or cheating people out of their hard-earned savings

Scalia, who was fiercely conservative and tilted the court to the right, died in February of 2016.

Warren challenged the narrative emerging that because Gorsuch is well-known and well-educated, he is a qualified candidate for the job—a lifetime appointment that has the potential to help shape American policy for decades.

Gorsuch is charming and intelligent. He has an impressive legal pedigree. But this is not a Miss Congeniality pageant or a contest for the nominee with the fanciest degrees. This is a vote for a justice who will sit on the highest court in our nation for the next generation and decide cases that will touch every human being in this country. Cases about a woman’s right to choose, voting rights, LGBTQ rights, secret spending in our political system, and freedom of speech and religion. The next Supreme Court justice will help determine whether our courts will serve the interests of all of us or bend to the will of the powerful moneyed few who helped place them on the court.

There is only one question that should guide us in that decision: whether the nominee will defend equal justice for every single one of us — rich or poor, black or white, female or male, gay or straight, popular or unpopular. Gorsuch’s record shows that he is not that nominee.

Warren has advocated for the confirmation of nominee Merrick Garland, and again lobbed criticism at Republicans for refusing for months to hold hearings on the nominee, who once appeared to have bipartisan support.

None of that mattered for powerful right-wing groups that decided that Garland’s record did not reflect a sufficient willingness to bow down to the interests of the wealthy few. So they poured millions into a public smear campaign to stop his confirmation and leave the seat open.

Massachusetts’ other Senator, Ed Markey, has also vowed to oppose Gorsuch, who he says has “demonstrated hostility to women’s reproductive rights, commonsense environmental regulations, and the rights of workers, consumers, and the disabled.”

But here’s the thing: as hearings get underway, the truth is it’s a bit more complicated than a yay or nay on Gorsuch.

Barring some kind of disaster, it looks like Gorsuch likely will get the nomination, whether Democrats like it or not. Senators can block it with a filibuster, but if they do, Senate Republicans are widely expected to eliminate that tactic, deploying what’s been dubbed the “nuclear option” and ending the need for Supreme Court nominees to get 60 votes to be confirmed. According to conventional wisdom, that would make it harder to block other nominees if the Trump administration gets the chance to pick someone else’s replacement. Warren didn’t address that quagmire in her piece—and in fairness some pundits say that argument is bunk—but her writing today makes her opinion on this particular nominee pretty clear: Not him.