A horseshoe maker, a yacht-builder, and Narragansett are representing New England. 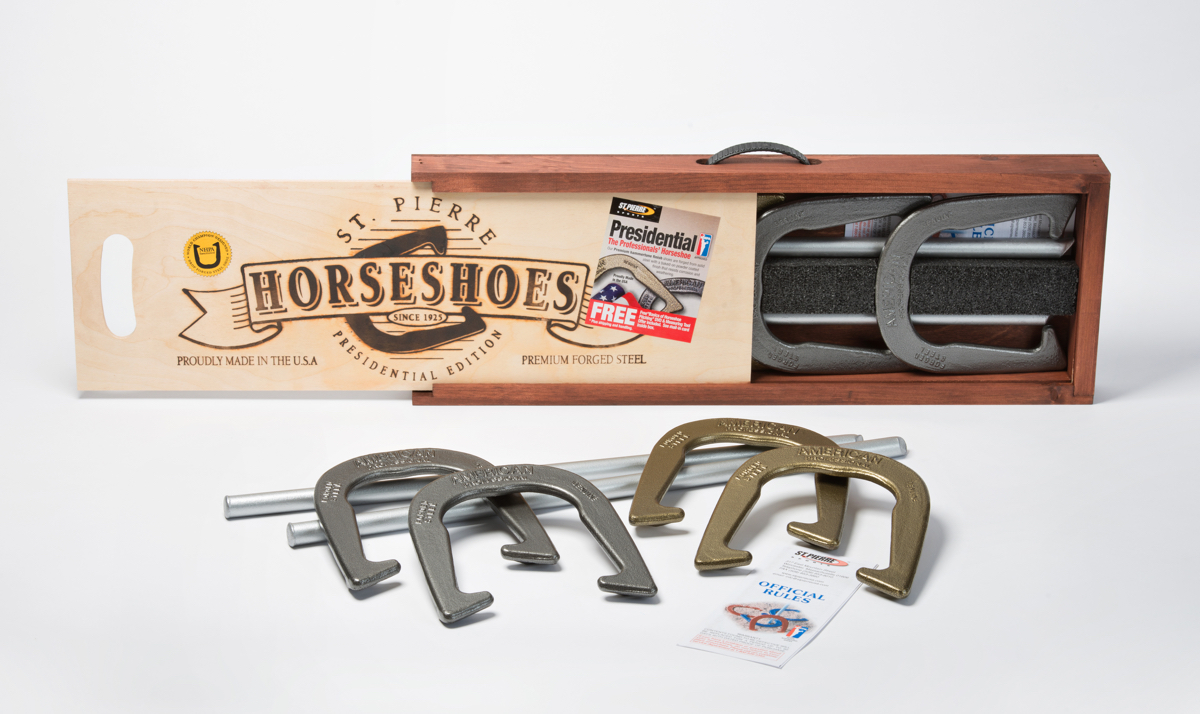 Set aside your concerns about our new president for a minute—and ignore the obvious hypocrisy of Trump the businessman, who has never shied away from making his luxury goods in Asian factories, cheerleading for making things in the U.S.—and just appreciate that something cool is happening in Washington for New England businesses today.

As part of a “Made in America” showcase at the White House Monday, the Trump Administration has invited one company from each of the 50 states to show off some of their goods. It’s an effort, Trump’s team says, to get more manufacturers to make things in the U.S. by “highlighting and celebrating each state’s effort and commitment to American made products.”

The Massachusetts company tapped for the event is St. Pierre Manufacturing, a third-generation family-run company based in Worcester that makes forged steel products. On display in D.C. today will be a bunch of St. Pierre’s handmade horseshoes (as in, the kind you play lawn games with).

The St. Pierre family says its horseshoes are the only ones of its kind that are made in large quantities in the United States, poured and pounded with hammers in a way similar to how blacksmiths would have done it. Other horseshoes on the market, they say, are largely made more cheaply and shabbily overseas. “We’re the only ones left,” says Richard St. Pierre, who is vice president of the company’s chain and wire rope division. “All the competitors are in China.”

They employ about 40 people making those horseshoes, and other products like chains and wire rope.

The St. Pierre family, for one, is thrilled they’re getting all this attention. “It’s pretty exciting,” Peter St. Pierre, another vice president, tells the Telegram and Gazette. “It could be the first and last time we’re invited to the White House, and to actually have us there as a representative of our state and to call us out and have our game played. We’re very lucky and honored.”

And the fanfare is good for business. After all, people actually caring about where and how their products are made is what’s helped St. Pierre Manufacturing survive an era that saw production of just about everything move where labor is cheaper in other parts of the world. Richard St. Pierre says business with some unnamed major retailers petered out when they went looking elsewhere for cheaper horseshoes, but the company found new life making specialty products, like horseshoe sets for brands—L.L. Bean, John Deere, Harley Davidson—which come in hand-crafted wooden boxes made in Maine. In the age of artisan sandwiches, et cetera, they’re making artisan lawn games.

Having a major stage like this in our nation’s capital can only help St. Pierre, a company that once sent millions of pounds of steel chains to help the troops in Wold War II, keep going.

Here are the other New England companies being feted in D.C. today:

The high-end yacht-maker employs about 350 people in Maine, and just this year it announced a major expansion. There it is on the right, displayed prominently next to a fire and bucket truck in front of the White House.

A fire truck, a bucket truck and a yacht on the South Lawn of the White House for "Made in America" week. pic.twitter.com/Myas0up4CD

Based at Moulton Farm in Meredith, New Hampshire, Cider Bellies Doughnuts are handmade, based on an upstate New York recipe and have been turning heads with their cider-y deliciousness. They wrote on Facebook they would “be making our doughnuts onsite in the White House kitchen for President Trump, Vice President Mike Pence, Cabinet Members as well as Congress Members.”

Dubie Family has been producing the staple condiment of their home state for 14 years, and they also tout their approach to sugaring that uses less energy. Here they are setting up in the White House’s Blue Room:

They’ve been brewing it for more than 125 years, and now ‘Gansett is taking its beer to Washington. Raise a glass for the brewery, which has proudly celebrated its Rhode Island roots, and announced this year it is moving craft beer production to Pawtucket. 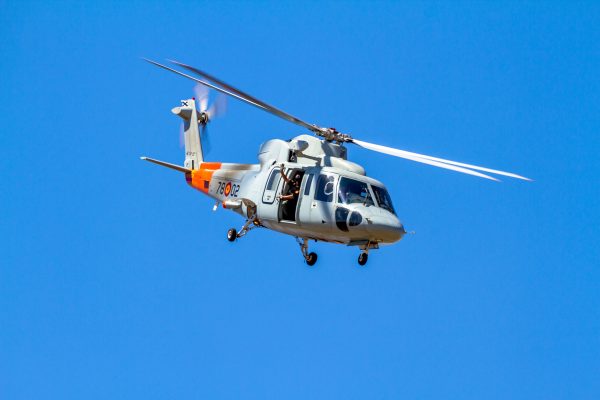 Sikorsky, based in Stratford, Connecticut, has been making choppers since 1925. In 2015, it sold to Lockheed Martin.