Harvard Is Finally the Best, Forbes Says in Its Rankings for the First Time
Subscribe
Follow
I'm a scraper
This search result is here to prevent scraping

By I'm a scraper
Education

It just claimed the magazine's top spot for the first time. 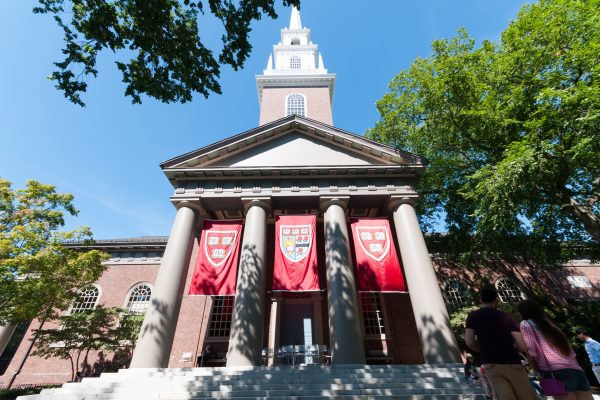 Finally, Harvard is the best. That’s according to new rankings of top colleges from Forbes that, for the first time ever, places the esteemed institution in Cambridge at the top of its list.

The magazine, which began ranking colleges in 2008, dropped Stanford from its top spot to second-place, and placed Yale at third. MIT came fifth, after Princeton. Seventeen of the top 25 colleges on the list hail from the Northeast.

Rankings in Forbes are based on factors that include how successful graduates are, how burdened they are by debt, how many students graduate. It says in an explanation of its methodology that it does not factor in SAT scores, endowment, or acceptance rate, as do many other surveys of colleges. “Our goal is to showcase the colleges and universities that deliver the best return on your education investment dollars: low student debt, on-time graduation, quality academics, high earning potential and career success,”  Caroline Howard, Forbes Media’s digital managing editor says in a statement.

In an explanation for its pick, Forbes called Harvard the “gold standard”:

Harvard University is the gold standard of American higher education. For the first time since we first started this annual ranking of the nation’s best universities and colleges 10 years ago, Harvard lives up to its reputation and lands as the best in the U.S.

Harvard rises to the top spot on our rankings after placing fourth last year and sixth in 2015. The move illustrates a winning performance in each of the four categories that we take into consideration: quality academics and student satisfaction, on-time graduation rates, low student debt and high earning potential and career success.

The nation’s oldest higher education institution attracts some of the brightest and most accomplished students, faculty and professionals from across the globe. The institution graduates 87% of its seniors in four years and 97% in six years, and those graduates see a mid-career median salary of $123,000 and a median debt of some $7,500. A high count of the Forbes 400 billionaires and seven U.S. presidents are Harvard alumni.