Susan Collins Calls on Roy Moore to Step Aside

The Maine senator tweeted that the Alabama Republican should withdraw from the senatorial election following allegations of sexual misconduct. 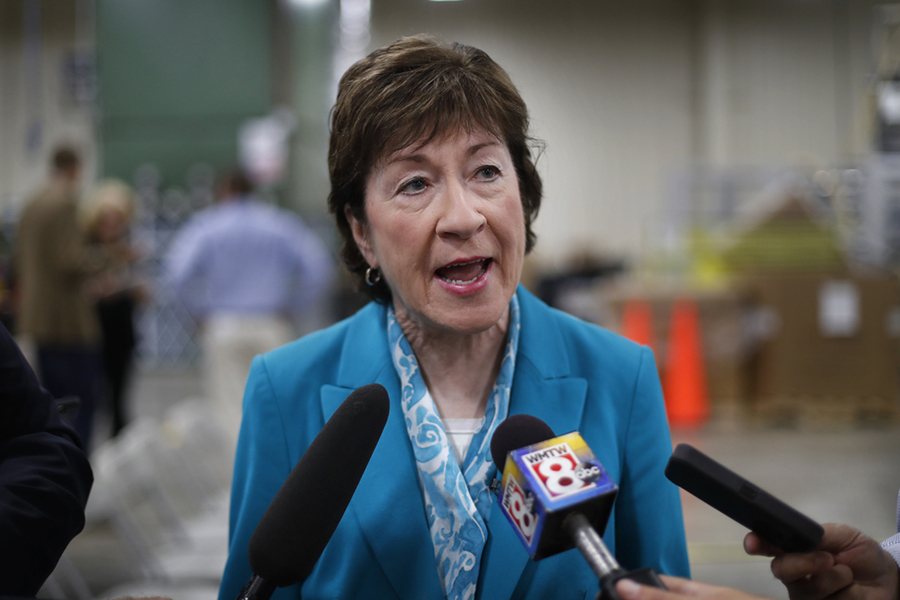 Maine Sen. Susan Collins joined the chorus of Republicans distancing themselves from Alabama Senate nominee Roy Moore and called on him to withdraw from the Congressional race.

On Thursday, the Washington Post published a bombshell story in which four women allege Moore pursued them when they were teenagers and he was in his 30s. Moore has denied the women’s claims, but a spate of GOPers—including the White House—said he should withdraw from the Senate race if the allegations prove true. Collins, however, has gone a step further.

On Monday afternoon, the senator tweeted she “did not find [Moore’s] denials to be convincing,” giving credibility to the women who spoke out against the former judge and squelching the grey-area inhabited by the “if true” language of her colleagues.

I have now read Mr. Moore’s statement and listened to his radio interview in which he denies the charges. I did not find his denials to be convincing and believe that he should withdraw from the Senate race in Alabama.

Collins is far from the only member of Congress to condemn Moore in the wake of the Post story, though just a handful (including Majority Leader Mitch McConnell and Sen. John McCain) have called for his altogether withdrawal.

Former Massachusetts Gov. Mitt Romney was ahead of the Republican pack when he explicitly said he believed Leigh Corfman, one of the women who spoke out against Moore, on Friday. He tweeted Corfman’s “account is too serious to ignore. Moore is unfit for office.”

Innocent until proven guilty is for criminal convictions, not elections. I believe Leigh Corfman. Her account is too serious to ignore. Moore is unfit for office and should step aside.

Obviously, Collins’s constituents in Maine don’t get a vote in the Alabama Senate election, but polls following the Post story indicate a tightening race in the deep-red state. Moore still has the advantage over Democratic nominee Doug Jones, but the margin is narrowing. Voters will head to the polls on December 12.