Massachusetts' Senators are both calling on him to step down. 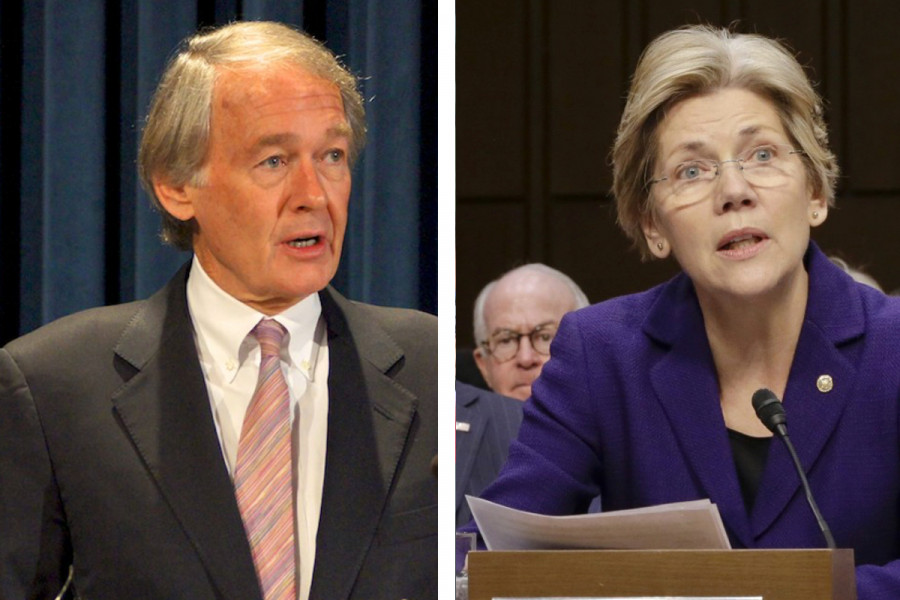 The growing contingent of Senate Democrats calling on their colleague Al Franken to step down now includes Elizabeth Warren and Ed Markey.

“I think he should resign,” Warren said in a one-sentence statement Wednesday afternoon. Her press secretary Lacey J. Rose also confirmed a report that Warren had previously told Franken to resign in person.

Asked about Franken two weeks ago, Warren said on The Late Show that she was “enormously disappointed about” the allegations, but declined to say he should resign.

Markey made his statement about Franken earlier Wednesday. “Sexual harassment is unacceptable, completely inappropriate and cannot be tolerated,” he wrote on Twitter.

I join my colleagues in calling for Senator Franken to step aside and resign. Sexual harassment is unacceptable, completely inappropriate and cannot be tolerated.

We must support a culture in our workplaces and our entire nation where individuals can come forward, without judgment or reprisal, if they have been subject to inappropriate behavior.

More than two dozen Democrats in the Senate—including Maggie Hassan, of New Hampshire—have now urged Franken to step down after several women have come forward to accuse him of sexual misconduct. On Wednesday, a seventh woman came forward with allegations, saying he tried to forcibly kiss her in 2006.

Warren’s statement also came after Franken told the press he would make an announcement on Thursday morning, which has prompted speculation that he will announce his resignation.

After wavering, DNC Chairman Tom Perez has joined the chorus. So has Vermont Sen. Bernie Sanders, who said in a tweet that “The right thing is for him to resign.”

Sen. Franken has said that he will be making an announcement about his political future tomorrow. The right thing is for him to resign.