U.S. Attorney Won’t Rule Out a Crackdown on Legal Marijuana in Massachusetts 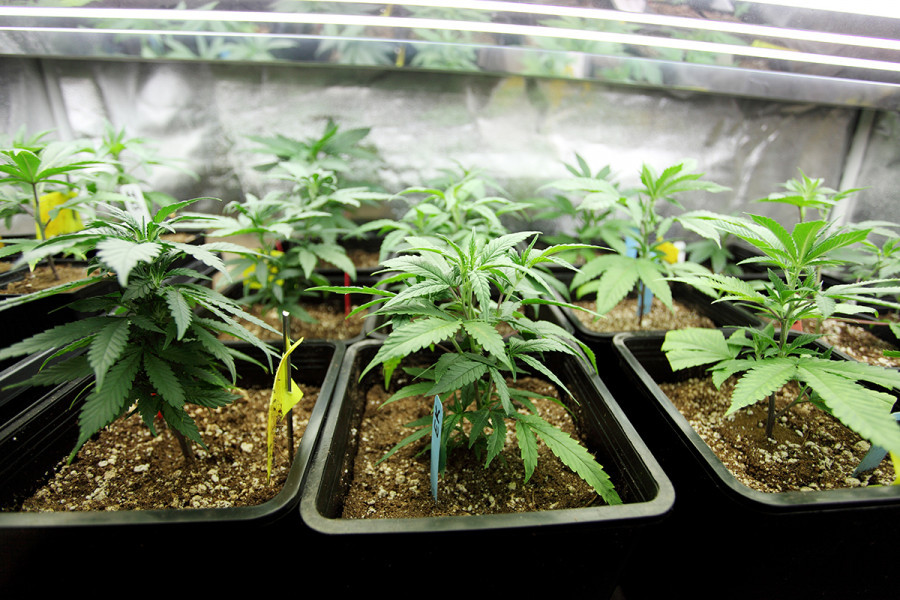 After Jeff Sessions’ decision to tee up a new crackdown on legal marijuana, the future of the state’s legal pot market all of a sudden has a lot to do with our newly minted U.S. Attorney, Andrew Lelling. And on Monday, Lelling said he would not rule out going after the legal marijuana industry in Massachusetts.

Sessions last week rescinded Obama-era guidance that had told prosecutors to leave legal marijuana alone in states that legalize it. It enabled Lelling, who was nominated by President Trump and sworn in in December, to decide how to prioritize bringing charges against those who grow, sell, buy, test, transport, or use marijuana, which is still illegal federally. He said last week, vaguely, that his office would continue to focus on “bulk cultivation and trafficking cases, and those who use the federal banking system illegally.”

After pot advocates asked for more clarity, Lelling responded Monday with a statement that is not likely to comfort those who have invested millions in the state’s new recreational marijuana trade. In short: No one is safe.

“I cannot,” he wrote, “provide assurances that certain categories of participants in the state-level marijuana trade will be immune from federal prosecution.

“This is a straightforward rule of law issue,” he continued. “Congress has unambiguously made it a federal crime to cultivate, distribute and/or possess marijuana. As a law enforcement officer in the Executive Branch, it is my sworn responsibility to enforce that law, guided by the Principles of Federal Prosecution. To do that, however, I must proceed on a case-by-case basis, assessing each matter according to those principles and deciding whether to use limited federal resources to pursue it.”

Lelling is no fan of marijuana. He called it “dangerous” last week, and according to Boston Globe reporter Dan Adams, he wrote a letter to municipal police chiefs Friday saying he believes marijuana “has a direct, and negative impact on the communities we serve.”

Prior to Sessions’ decision, prosecutors had been following the guidelines of an Obama-era memo that essentially told them not to intervene with legal marijuana markets, so long as states kept the drug out of the hands of minors and gangs, and from traveling across state lines. That guidance, while not an ironclad guarantee of safety, allowed the pot business to flourish in states that voted to make it legal.

In Colorado, U.S. Attorney Bob Troyer has assured residents of his state he will not go after business owners who are following laws approved by voters of that state. Lelling will make no such promise. “Deciding, in advance, to immunize a certain category of actors from federal prosecution would be to effectively amend the laws Congress has already passed, and that I will not do,” he said in his statement. “The kind of categorical relief sought by those engaged in state-level marijuana legalization efforts can only come from the legislative process.”

Congress has acted before. Since 2014, those who dispense or use medical marijuana have been shielded from prosecution by a budget amendment that keeps federal dollars from being spent for that purpose (which, by the way, expires this month and will need to be renewed in budget negotiations). There have been new calls to do the same for legal recreational marijuana during this round of federal budget negotiations.

Meanwhile, Gov. Charlie Baker, a Republican who opposes marijuana legalization, has joined the local officials who have railed against Sessions’ decision and said last week he would talk with Lelling about “how to make sure that the will of the voters here in Massachusetts isn’t circumscribed.” The state voted by a margin of 54-46 in 2016 to legalize the drug for recreational use.