The Haitian-American state senator says she is "exhausted" by the outrage cycle. 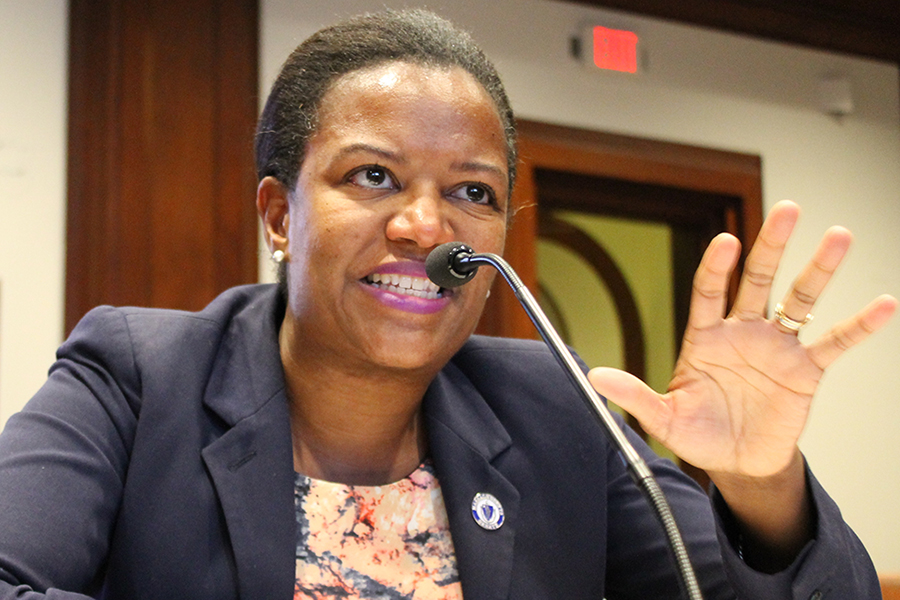 After the president of the United States referred to Haiti and several nations in Africa as “shithole countries” on Thursday in a conversation about immigration reform with Senators Dick Durbin and Lindsay Graham, the legislator joined an incensed chorus decrying the comment as racist.

Forry, who represents the 1st Suffolk District, is Haitian-American and strongly condemned the president’s comment while conveying how absolutely debilitating the reactionary cycle has become, referring to the comments as “the president’s latest racist slur.” Only a few weeks ago, the New York Times reported that Trump had said all Haitians have AIDS.

“I am really getting tired of having to do this,” Forry said in a statement. “I have to express first how demoralizing and upsetting it is to have to register my outrage about hateful remarks made by my own president. And then to have to do it again. And again.”

Trump’s remarks reportedly alarmed lawmakers on both sides of the aisle, though such vulgar rhetoric is hardly new for the administration. However, as Forry notes in her statement, the cruelty of these comments is compounded by their timing: January 12 marks the eighth anniversary of the devastating earthquake that killed more than 100,000 people in Haiti. The state senator’s sadness permeates her entire statement, and she comes off as genuinely disheartened.

“I’m very disappointed in us, the people of the United States,” Forry said, “who saw fit to elect an ignorant, mean-spirited, white supremacist to the most powerful office in the world.”

The state senator certainly didn’t mince words when speaking out against the president, but she also pointed out how this situation came to be—Trump is a product of us, Forry wrote, not them. She calls out, in a straightforward, albeit exhausted, way, that neither the president’s nor the citizenry’s behavior in electing him is normal.

I have to first express how demoralizing & upsetting it is to have to register my outrage again and again over hateful remarks made by my own president. #Haiti #MAPoli pic.twitter.com/h6gSjmg7I5