It's the first to legalize recreational pot via legislative action through the state government. 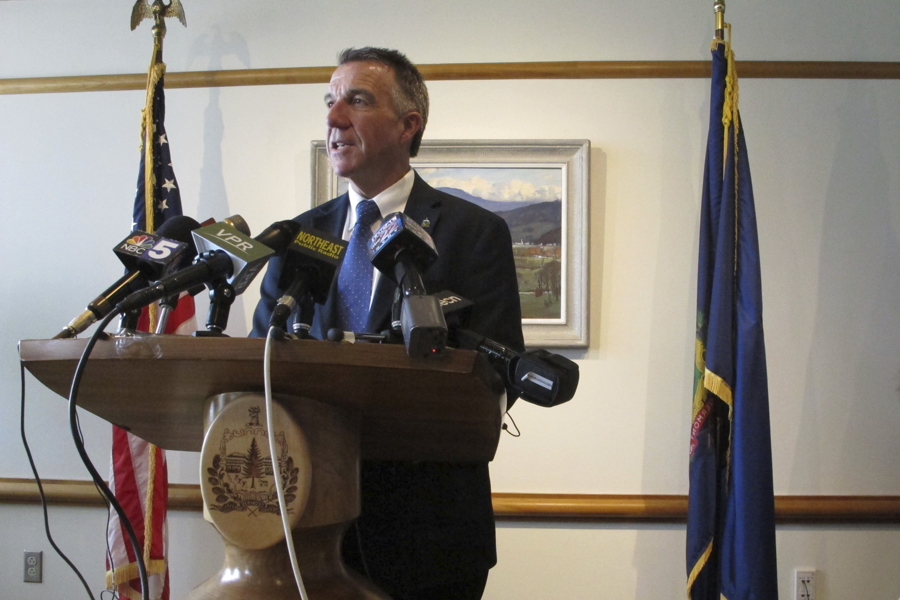 With the stroke of a pen, Vermont has made marijuana history. Gov. Phil Scott, a Republican, on Monday signed into law the nation’s first-ever legal pot law that originated in a legislature, instead of via ballot question.

It’s a major step forward for the legalization movement, as pot activists haven’t had as much success with legislators as they have getting everyday citizens to vote for legal weed. So far states, including Massachusetts, have been legalizing marijuana in spite of their elected officials, not because of them.

But now, the state whose many cultural exports include Phish, munchies-quenching ice cream, and the Vermontasaurus, is finally the trailblazer in weed it was always meant to be.

What took so long? Vermont legalized it for medical use in 2004, nearly a decade before Massachusetts. Before the legislation passed, polling showed that legalizing marijuana for recreational use was supported by a majority in the state. What has likely tripped it up is that the state does not allow voter-led ballot initiatives. There are similar restrictions in a number of states, including Rhode Island, Connecticut, New Hampshire, and New York. So legislatures in those states appear closer than ever to legalization, especially now that they’ve got two legal pot neighbors—Massachusetts and Maine—so close by.

But it’s still a heavy lift to get many in politics to come around on the issue, amid concerns about the ongoing opioid crisis, drugged driving, the impact of advertising on children, and other worries. Massachusetts, of course, does allow ballot measures led by citizens. And that’s why the state was able to legalize the drug despite opposition from lawmakers and Gov. Charlie Baker.

There are major hurdles still remaining in Vermont, though. The law signed Monday does not create a recreational marijuana retail market. A commission formed by Scott, the governor, will now study the issue and, by the end of the year, make recommendations about how to set up and regulate pot shops. It’s not clear if Scott would sign a bill that authorized them or if the legislature would have enough votes to override him if he refused. He vetoed a bill in May of 2017 over concerns about safety and penalties for those who give the drug to minors.

It’s also worth noting that Vermont’s is not the most permissive of legal pot laws. It allows for possession of only up to one ounce of the drug, and lets individuals grow a maximum of two adult plants at home. Massachusetts, by comparison, allows possession of 10 ounces at home (or one ounce in public) and up to six plants per person, or 12 per home.

So the state still has a way to go before it has pot shops in its ski towns or along its scenic vistas. And the bud business won’t rival its reputation for exceptional beer brewing anytime soon.

But it’s still a giant leap for marijuana-kind. And one that, frankly, we’re surprised has taken this long.