Freeport’s Desert of Maine Is for Sale

The quirky tourist attraction could be yours for just $725,000. 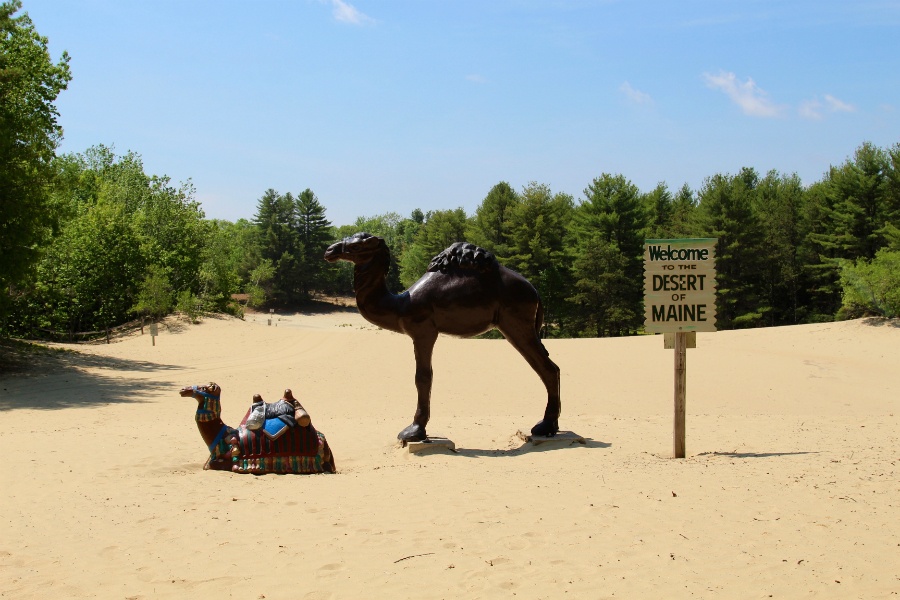 Photo by daveynin on Flickr/Creative Commons

The sands of time have come for the Desert of Maine. Gary and Ginger Currens, the owners and operators of the popular Freeport tourist attraction announced Monday that they are selling.

The listing is a package deal—not only will the buyer get the home where the Currenses have lived for the past 15 years, but they’ll also take over the gift shop, barn, 48-site campground, and trails. The whole thing totals just shy of three-quarters of a million dollars—$725,000, to be exact.

“We had it 15 years, we figured it was time to move on,” Gary Currens said in a phone interview on Thursday.”We can’t take it a whole lot further than we already have, so it’s time for someone else to take over.”

What is the Desert, exactly? It’s a 40-acre plot of glacial silt that happens to resemble a Sahara-like desert. Of course, it’s not really a desert at all. New England has too much rainfall for that, and lush greenery borders the sandy expanse.

The silt that makes the Desert of Maine so famous isn’t supposed to be there—it’s the result of years of poor crop rotation that eventually rendered the land useless for farming. Once crops started to fail, the silt rose to the surface of the land, creating the unusual desert-like environment. Later, an entrepreneur named Henry Goldrup swooped in 1919 and bought the land for just $300, and the Desert was born.

When Gary and Ginger took over in 2003, they inherited a well-oiled machine. After a some painting, adding a butterfly room, and making its tram’s seats more comfortable, they settled in for the long run. Their wish is for the next owner to do the same, stamping their personality on an already-thriving business.

The Desert of Maine’s season runs from May to October, so a buyer would theoretically be able to resume operations as soon as they sign on the dotted line. That’s also the ideal outcome for the employees who work at the Desert right now. The Currenses have everyone from tour guides to camp managers on staff to keep the business running as smoothly as the silt it’s made of.

“The associates I have now love it here. They’re excited about coming to work everyday,” Gary says.

Nearly 100 years after its founding, the Desert of Maine is one of Vacationland’s most famed natural destinations and curiosities. Its camel statues greet the approximately 20,000 to 25,000 people who visit from across the country each year. (That’s Gary’s rough estimate. “We used to try to keep track, but everybody kept coming up with different numbers,” he says.) Hundreds of photos taken at the Desert elicit the same reaction from Facebook commenters: “That can’t be Maine!”

“It’s a generational thing,” Gary says. “A lot of people right now are bringing their kids the way their parents or grandparents brought them when they were small.”

According to listing agent Mia Johnson, there has been some interest in the property, but no offers yet. On Thursday, Gary Currens spent the day fielding calls and doing interviews with news crews whose vans lined his driveway.

But in the meantime, the Currenses are keeping up with business as usual, with the regular crowd flowing in, and a tour bus arriving at 2:15 p.m.