The Massachusetts Senate candidate says the allegations of sexual misconduct are "a stalling technique." 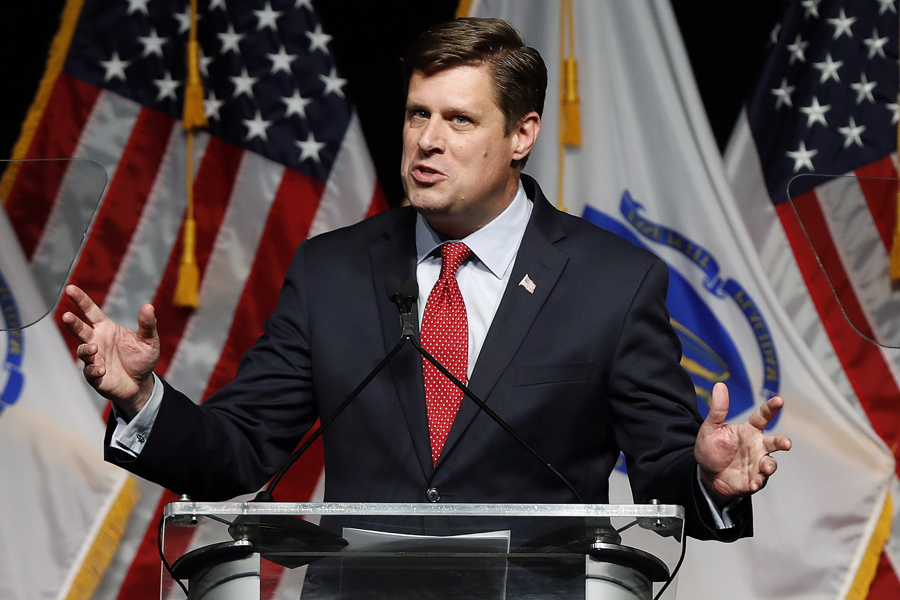 Geoff Diehl, the Republican running for U.S. Senate in Massachusetts, says he’s sticking by Judge Brett Kavanaugh, whose nomination to the Supreme Court is now in question after allegations surfaced of sexual misconduct as a teenager.

Kavanaugh’s accuser, California professor Christine Blasey Ford, has agreed to share her story for the Senate Judiciary Committee Thursday morning. She accuses Kavanaugh, an appellate court judge, of groping and trying to remove her clothes at a party while both were teenagers in the 1980s.

But Diehl tells the Boston Herald there’s very little he might hear this week that would change his mind, given the alleged incident happened decades ago, and he doubts there will be new evidence to consider. He made it clear he does not believe that Ford—who had told family members and a therapist of the alleged attack years ago—is making a credible claim against Kavanaugh, chalking it up instead to political scheming. “It really seems to be a stalling technique to affect not only the Supreme Court seat but also the midterms,” he tells the newspaper.

The comments, which came before the New Yorker revealed misconduct allegations from another woman related to Kavanaugh’s time as an undergrad at Yale, are similar to those of President Trump, who today called the accusation “totally political” and said he stands by his nominee “all the way.”

Meanwhile his opponent Elizabeth Warren has said several times she is backing Ford and believes she is telling the truth about the judge. In tweets, she criticized Senate Republicans, and called for for Ford’s claims to be investigated by the FBI. “[I]t shouldn’t be this difficult for the most powerful men in America to treat her with basic human decency and respect,” she wrote.

.@SenMajLdr McConnell, @realDonaldTrump, and @SenateGOP are demonstrating why most sexual assault survivors never come forward. But it’s not too late to do the right thing. Stop shaming Dr. Ford and twisting yourself into knots to ignore this. Call the FBI and let her testify.

Diehl critiqued Warren’s support for the accuser, saying, “She has shown she won’t be reasonable.”

Gov. Charlie Baker, a Republican who is up for re-election this year and facing Democratic nominee Jay Gonzalez, has said through a spokesman that he believes the allegations “are very serious” and should be investigated. Baker also did not sign a letter supporting Kavanaugh earlier this year, making him one of three of the nation’s GOP governors not to sign, including Maryland Gov. Larry Hogan and Vermont Gov. Phil Scott.