How to See the Supermoon in Boston

The moon won't be this close again for seven years. 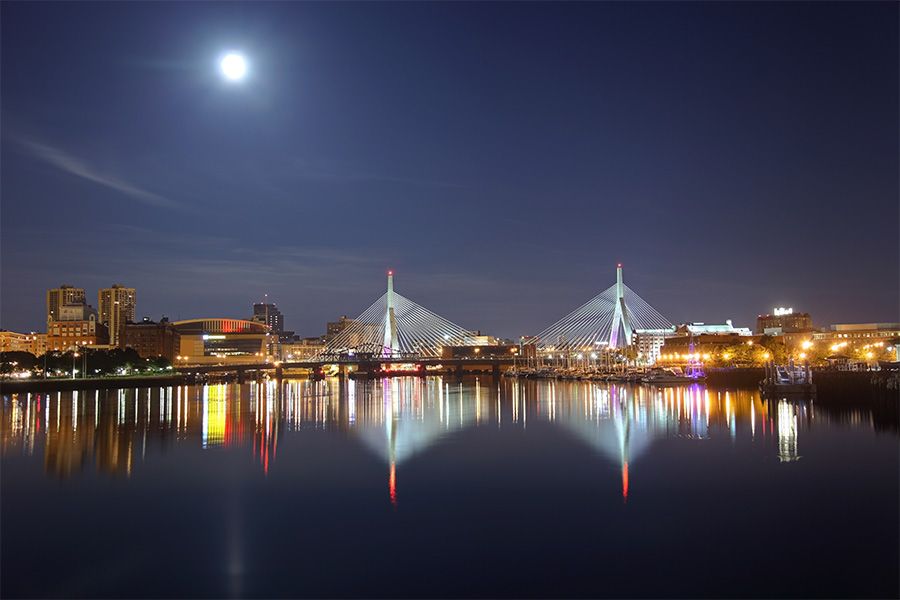 Tuesday night, the moon will be at its biggest and brightest all year—and Boston has a front row seat.

The surreal orb is called a supermoon, or snow moon, since it’s just as bright as the thick layer that fell on President’s Day. According to WVCB, the moon was closest to the Earth (about 221,000 miles away) at exactly 10:54 a.m. Tuesday in Boston.

The moon’s visit puts it about 17,000 miles closer to us than usual, so this is your chance to look up and see if there really is a man up there. If not, it’ll be at least seven more years before it gets this close again. This “small” distance between the Earth and the moon perfectly coincides with a full moon to give us Earthlings a pretty view to wake up to.

#supermoon #snowmoon as it set this morning. #timelapse #beautiful pic.twitter.com/E5hI4eIu2l

For North America, the brightest view of the supermoon happened before dawn Tuesday, but the biggest comes in the late morning. Even if you can’t get away from your desk to see its peak form, the supermoon will last well into Tuesday night.

Bostonians were glued to the skies Monday night, catching some sweet shots after the snow subsided. Looking east from Boston tonight will be the best view of its rise, but there’s no need to climb any hills or make any reservations at Top of the Hub—it’ll be visible from the ground.

A few minutes ago (6:42am) the setting supermoon over #Boston, as I saw it from Jacobs Elementary School in Hull,MA. Photo by @pictureboston pic.twitter.com/pexTA2AOY3

Tuesday morning’s supermoon set around 6:45 a.m., looking huge and orange against the horizon. Another supermoon will be coming in mid-March, but it won’t reach the same proximity to Earth as the February edition.