An Injured Coyote Is Hanging Out in West Roxbury

The visitor has been roaming the streets since December. 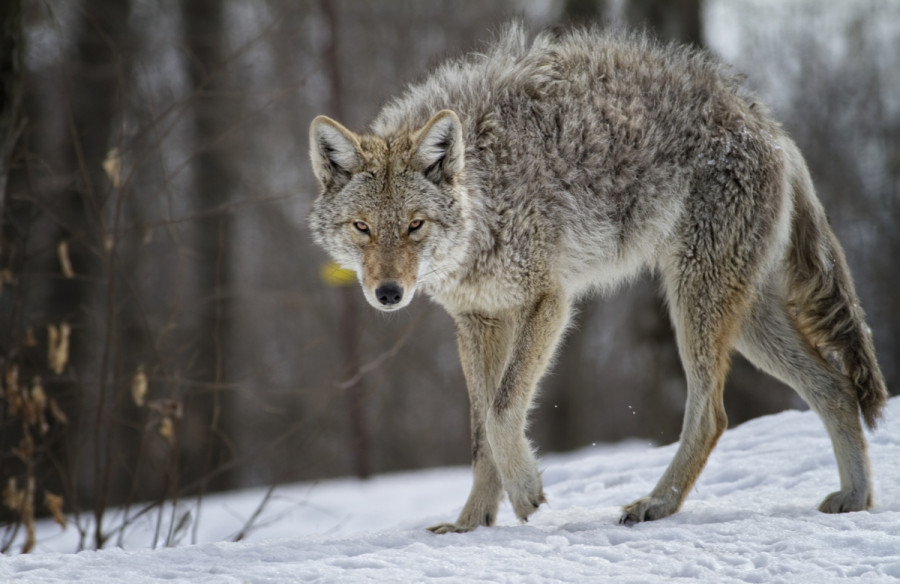 Residents of West Roxbury should be careful to double check before petting any wandering dogs today. An injured coyote has been limping around the neighborhood since Tuesday, scaring residents and looking very far from home.

The West Roxbury coyote runs thru WR & scares my friend Trish. Trish was walking her elderly dog minutes ago. She is very concerned about an attack on her dog & herself & others. This could have ended badly. HURRY ⁦@CityOfBoston⁩ ⁦@marty_walsh⁩ ⁦@bostonpolice⁩ pic.twitter.com/h9XxD6akdb

The coyote appears to have injured one of its legs, walking with a limp in all the videos posted online and on the news.

Amanda Kennedy, director of Boston Animal Care and Control, said that officers have been responding to residents’ calls about the coyote, but they evidently have not been able to get him off the streets just yet. But she doesn’t think this particular predator poses an immediate threat to the people (and little dogs) of Roxbury.

“I was quite pleased to see the coyote didn’t actually have any body language that implied that it was actually interested in that dog or that person,” Kennedy told reporters Tuesday morning. “From a behavior point of view, that’s good news. It’s not actively approaching us.”

Kennedy pointed out that the coyote has to have a food source nearby, or else it would have ditched Roxbury by now. While some coyotes tend to wander up to 30 miles away from their pantries, this one is likely much closer to home given its limp. Or there’s some charitable soul in West Roxbury who thinks they’re feeding a stray dog.

COYOTE SIGHTINGS: It's mating season, so it's common to see the animals out this time of year. Coming up on @boston25 at 6:30, why animal control has been receiving weekly calls about a coyote in West Roxbury since late December. pic.twitter.com/N71Cbvld83

This particular coyote has been roaming these streets since December, perhaps moping about after striking out this mating season. Residents who have been reporting it to Boston police and animal control are getting fed up, but their visitor has yet to hurt anyone, or even approach anyone.

Some people bake cookies to welcome new neighbors, and it seems that some call the police.