Legal cannabis companies are sprouting up like weeds—each one backed by a pot pioneer. Here’s who’s poised to rake in all the green. 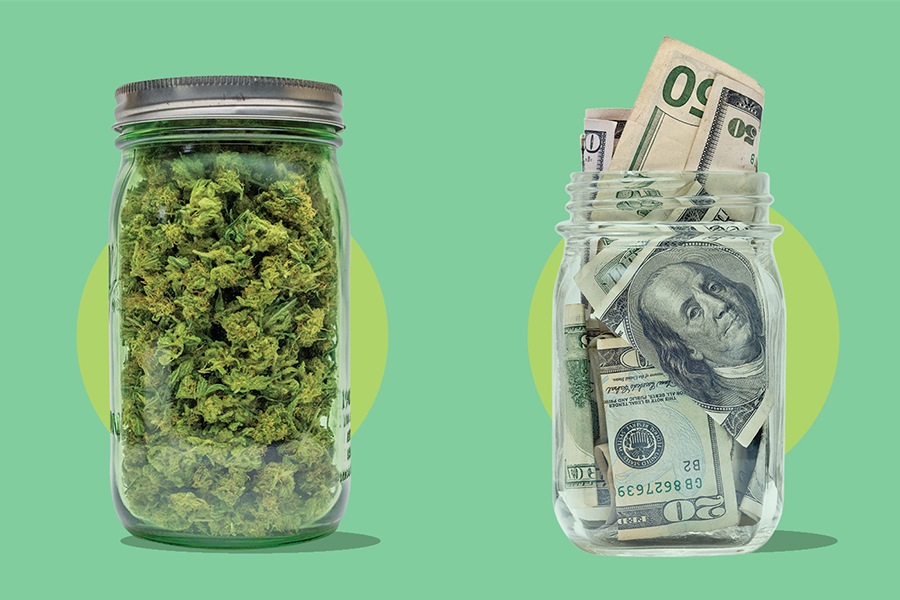 Who They Are: It’s a classic tale of local boy makes good. Marion native Keogh cut his teeth in the weed biz during the early days of the Colorado green rush at AmeriCann, and is returning to the Bay State a bona fide weed-trepreneur.

Why We’re Watching: With a combined net loss of $7 million over the past two years, according to its annual report with the SEC, Keogh’s company is betting that a new million-square-foot cannabis campus for cultivation and processing in Freetown will make for a welcome and lucrative homecoming

Tasty Nugget: Keogh also doubles as a board member at the Bask medical marijuana dispensary in Fairhaven, whose cash registers have been ringing since February 2018.

Who They Are: What do you do if you’re heir to the Brookline Ice Company fortune? If you’re Signore, you head to L.A. and become a cameraman on Deadliest Catch. But every scion really wants to build their own fortune, right?

Why We’re Watching: In 2018, Signore founded Green Line and took over an empty lot in Boston’s Newmarket Industrial District that his family owned. Now he’s building a $20 million cultivation complex aimed at growing and marketing a distinctly New England brand of weed.

Tasty Nugget: His tagline: “I want to create the Sam Adams of cannabis.”

Who They Are: A community organizer, a grassroots politician who lost to Mayor Marty Walsh in 2017, and now a purveyor of pot, Jackson’s name carries major clout in Boston.

Why We’re Watching: Jackson is poised to do more than just turn a buck; armed with an insider’s know-how of city politics, he’s out to make sure his budding company is a force for good in a legal industry known for shutting out minorities.

Who They Are: Roughly a decade ago, Irishmen O’Kane and McManus quietly entered the Bay State cannabis game as the guys who built many of today’s bleeding-edge grow facilities.

Why We’re Watching: Plans to fly under the radar were scuttled late last year when word got out that they were the team behind Revolutionary Clinic’s sprawling new state-of-the-art cultivation center and dispensary in Fitchburg. Whatever they work on next is going to get major buzz.

Tasty Nugget: Their work is so good, they’ve heard other construction crews pitch their projects as being “like those Irish guys at Valiant.”

Who They Are: Yusefzadeh cooked meals for President George W. Bush and was a chef at some of the highest-rated hotels and dining spots around the world before joining the weed game in eastern Massachusetts.

Tasty Nugget: A rising go-to chef for green-friendly celebrities, Yusefzadeh has hosted and catered dinners for 2 Chainz and B-Real of Cypress Hill, David Beckham, and other glitterati.

Who They Are: In addition to running a beverage company that he would sell for $34 million, Lekach jumped on the weed wagon and launched a series of dispensaries in Lynn and Arlington called Apothca.

Why We’re Watching: As of early 2019, Lekach has a third retail location on its way to Jamaica Plain. He also has a retail store in Oregon he calls a “test lab for the best stuff that will work in the Massachusetts market.”

Tasty Nugget: Lekach’s umbrella holding company, Artcan, has an operation in Colombia—a country that’s set up to become a world-leading exporter of cannabis oil to the legal market.