Lawyers want to keep security footage from being made public. 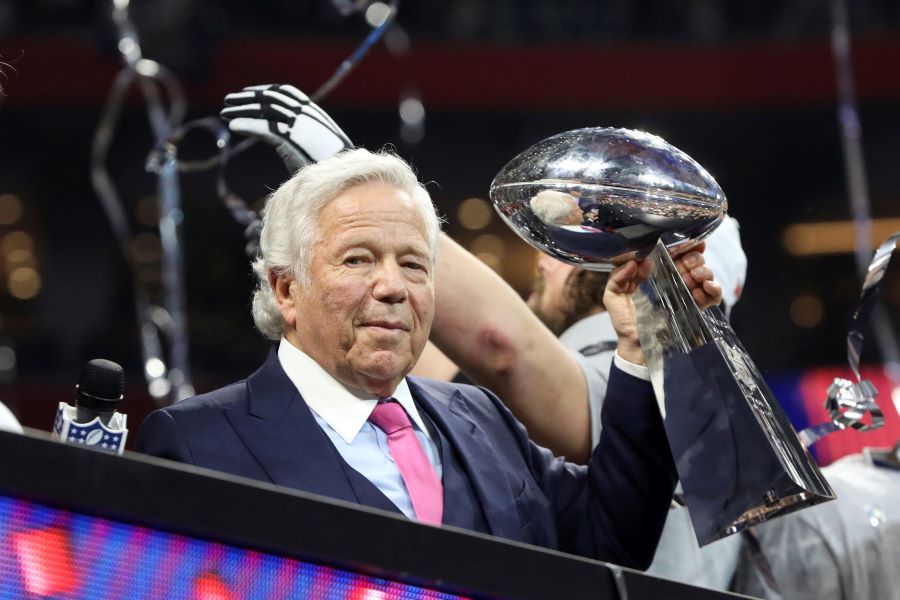 In the latest development in Robert Kraft’s ongoing battle over allegations he bought sex at a Florida massage parlor, lawyers for the Patriots owner and other men have reportedly moved to keep any video evidence hidden.

A motion filed this week asks the state to keep evidence, “in particular the videos,” from being released publicly, CNN reports.

Prosecutors have said their case against Kraft is bolstered by security footage at the Orchids of Asia Day Spa in Jupiter that shows Kraft paying for and receiving sex acts on two occasions in January. The videos have been described in very explicit detail in court documents.

Kraft has pleaded not guilty to two misdemeanor counts of soliciting prostitution. He has, according to the Boston Globe, been offered a plea deal that would have the charges thrown out on the condition that he agree there is enough evidence to prove his guilt, and also that he complete 100 hours of community service and undergo classes on human trafficking. He has reportedly rejected that offer.

Why he might do that could have a lot to do with what the NFL might do, as the league has said it can mete out punishment to players and owners regardless of whether they are found guilty of a crime, and said in a statement that its “Personal Conduct Policy applies equally to everyone in the NFL” and that it “will take appropriate action as warranted based on the facts.”

He’s due to be arraigned March 28 in Florida, although whether he’ll attend in person is not yet known. The Globe reported Thursday that Kraft has added two top lawyers to his defense team, including one who previously worked Julian Edelman and Aaron Hernandez.

Meanwhile, several groups and politicians have taken steps to distance themselves from the billionaire.  U.S. Sen. Ed Markey has pledged to donate campaign contributions from Kraft he received in 2013 to an anti-human trafficking group. Calls have also emerged for Kraft to do what he has yet to do: apologize.