The team says it could not confirm that the fan used "racially offensive language." 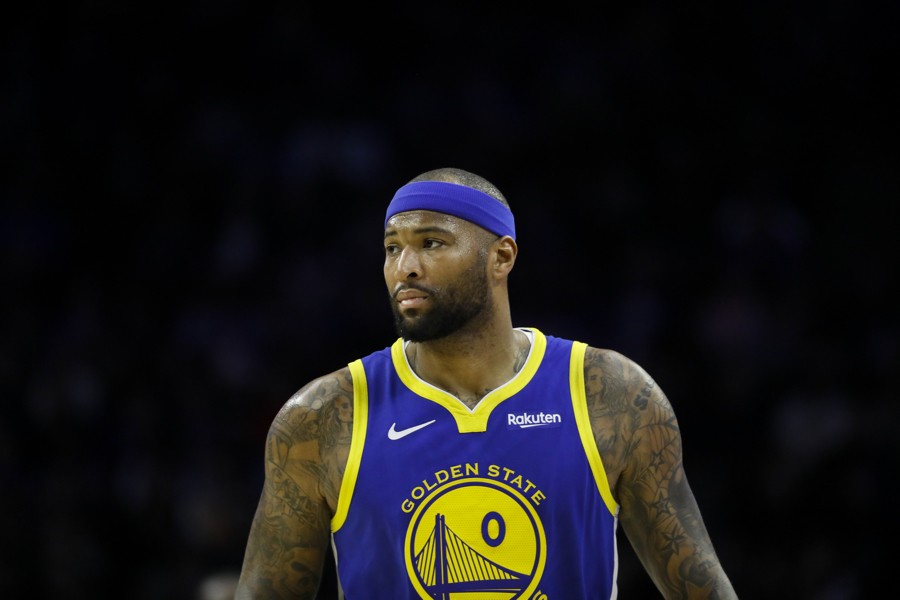 Update: In a statement, the Boston Celtics confirm a fan has been banned from games for two seasons for being “verbally abusive toward the Golden State bench.” The team was not, however, “able to verify the use of racially offensive language” targeting Warriors star DeMarcus Cousins, which it says would have been met with a lifetime ban. The fan, who was described as a minor, will also be on a lifetime probation.

“We express the deepest regrets that this incident happened to DeMarcus, as such behavior violates everything the Boston Celtics have always stood for,” the team says.

The Celtics have also challenged the claim that it did not properly communicate with Cousins or his team about the outcome. “We were in contact with the Golden State Warriors through this process, sharing our action plan and the final discipline,” the statement reads.

JUST IN: Celtics confirm a fan has been banned 2 years for being “verbally abusive toward the Golden State bench.”

But the team was not “able to verify the use of racially offensive language,” which it says would have been met with a lifetime ban.

Also: The fan was “a minor.” pic.twitter.com/TYwPaswVeQ

Earlier: In another case of a Boston sports fan allegedly using racial slurs to taunt players, one person has reportedly been given a two-season ban after directing the N-word at the Golden State Warriors star DeMarcus Cousins back in January.

The report emerged for the first time Thursday night via Yahoo Sports’ Chris Haynes on The Spin.

Citing “league sources,” Haynes says that during the January 26 Warriors-Celtics game at the Garden, a fan “muttered the N-word” at Cousins, who then reported the incident. TD Garden security “took care of the fan,” Haynes says (suggesting the fan was ejected from the game), and then issued a ban lasting both this season and the next one.

In the segment, Haynes says that Cousins only “recently” found out about the ban, and said he thought league officials need to “do a better job of being more informative and communicative with the players and the team” about how cases involving racism and fans are handled. However, he said the response from the Celtics and the TD Garden security team showed “the league and these teams are out there trying to do what they can to keep these types of slurs to a minimum.”

Cousins had previously described hearing the N-word from fans while appearing on Haynes’ podcast, Posted Up. “Oh, I’ve been called n****r,” he said on the podcast, according to Complex. “And it’s crazy because this has happened to me on a few occasions. I reported it to the league, and, you know, I may have said whatever I said back and I was still punished for it.” He did not mention the Celtics connection at the time.

The Celtics and TD Garden have not confirmed his description of events and did not immediately respond to requests for comment Friday morning.