A Sneak Peek at the Roxy’s Grilled Cheese Restaurant

The Allston brick and mortar has an all new menu featuring burgers and poutine. When Roxy’s Grilled Cheese opens the doors of its first restaurant on May 19, it will debut a more elaborate menu, a wine and canned beer program, and the new home base for its fleet of food trucks. But fear not Roxy’s regulars, the brick and mortar outpost will continue to feature its adventurous, mayo-slathered grilled cheese sandwiches front and center. Co-owner James DiSabatino told us, “The whole idea of it is for it to still feel like a food truck.”

Its new Allston location—comfortably sandwiched between Root and Deep Ellum—will turn out burgers and poutine, (something exclusive to the restaurant), as well as specialty hot dogs further down the road. The burger’s thin patties, sourced from Kinnealey Meats in Milton, will be situated between Portuguese sweet buns from Carmen’s Bakery in New Bedford, and topped with seasonal add-ins that include vegan and gluten-free options. One example, which DiSabatino created for Roxy’s opening, is composed of a smoky, house-made pimento cheese spread, Grillo’s Pickles, and caramelized onions. Named “Justin’s Burger,” it’s what DiSabatino deems “a ripper.”

Though Roxy’s is putting down roots, much about the business remains the same. The kitchen is the same size as the truck’s cramped quarters, the environment is still fast-casual, and the restaurant maintains an open-concept kitchen.

The crew settled on the Allston spot after some serious real estate soul searching. “We just wanted to pick an emerging neighborhood that was a little more open to allowing us to experiment,” DiSabatino says. “I think the people coming in to eat here are probably a little less focused on consistency and more focused on seeing a menu that constantly refreshes itself.”

Despite hiccups in the construction and licensing processes, the team is already mapping out their next location, which DiSabatino hinted at could be in Cambridge. “We want to flesh out exactly who we want to be when we grow up,” DiSabatino says. “This will help us figure it out even more.” 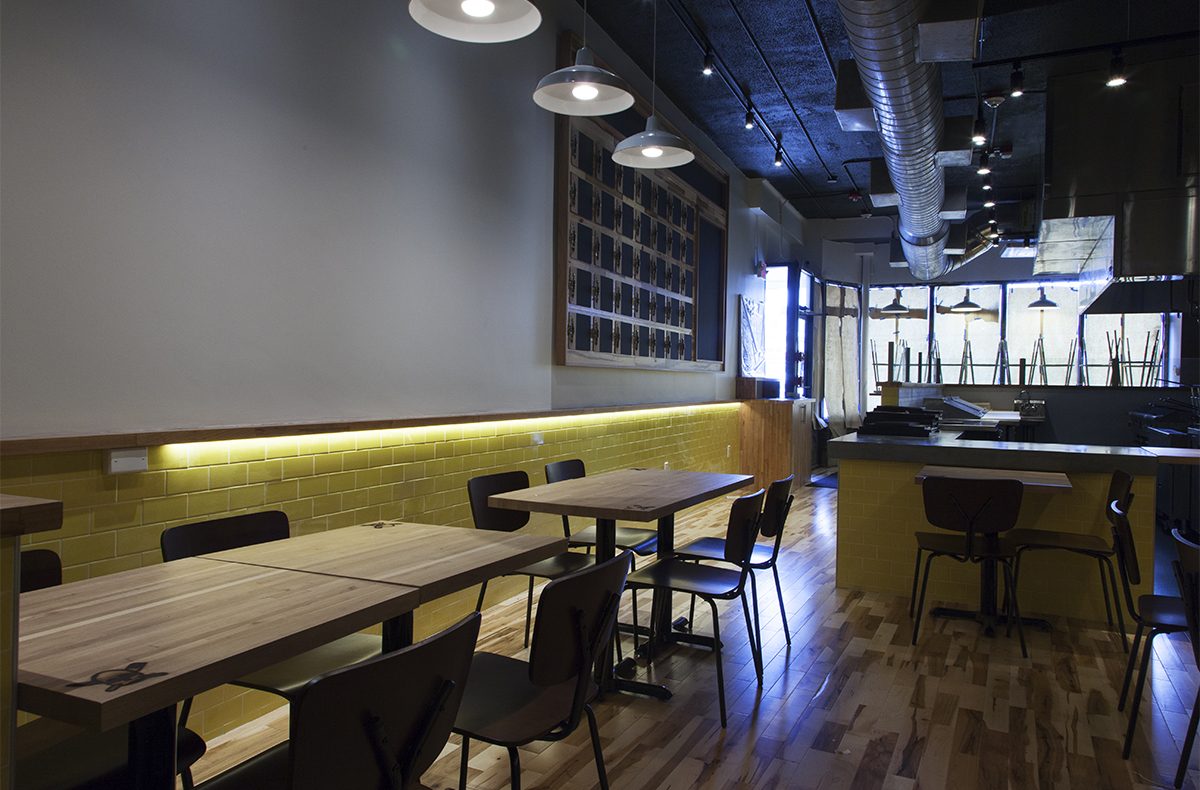 Chalkboards on the wall will be updated regularly with specials and menu changes.Photo by Kristi Senat 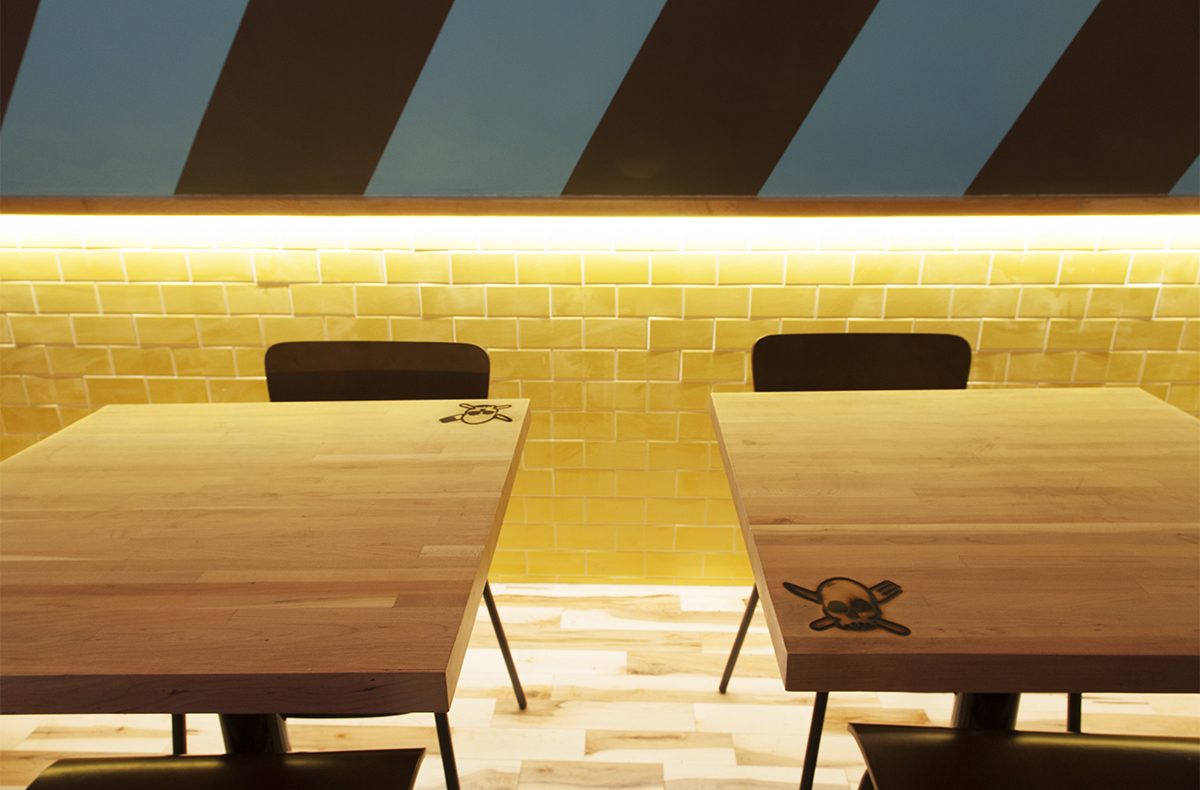 Each custom-made table is branded with the group’s logo—a skull with fork and knife crossbones. Photo by Kristi Senat 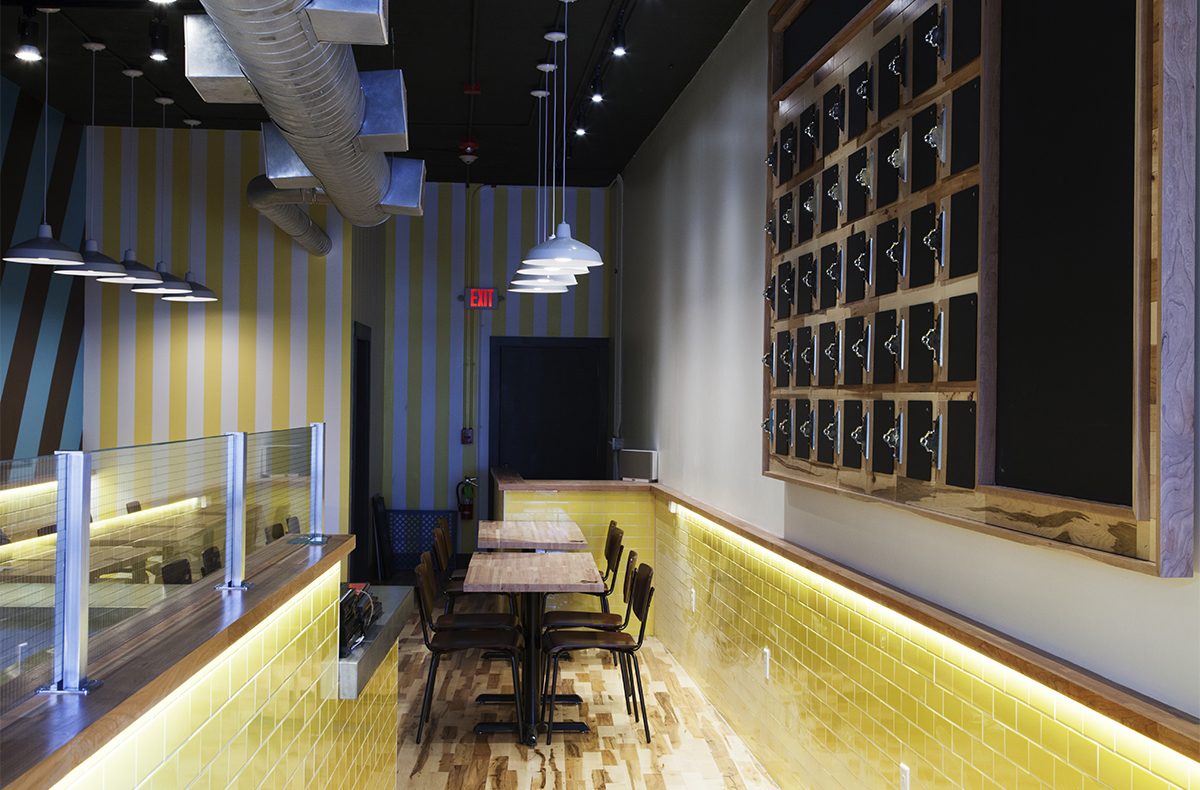 The interior construction, which began on Christmas Eve, is finally finished. The restaurant is due to open on May 19.Photo by Kristi Senat