Chickadee’s Dream Team Breaks Down How They Craft Dishes

The new Seaport restaurant, started by No. 9 Park veterans, was named after the state bird of Massachusetts. 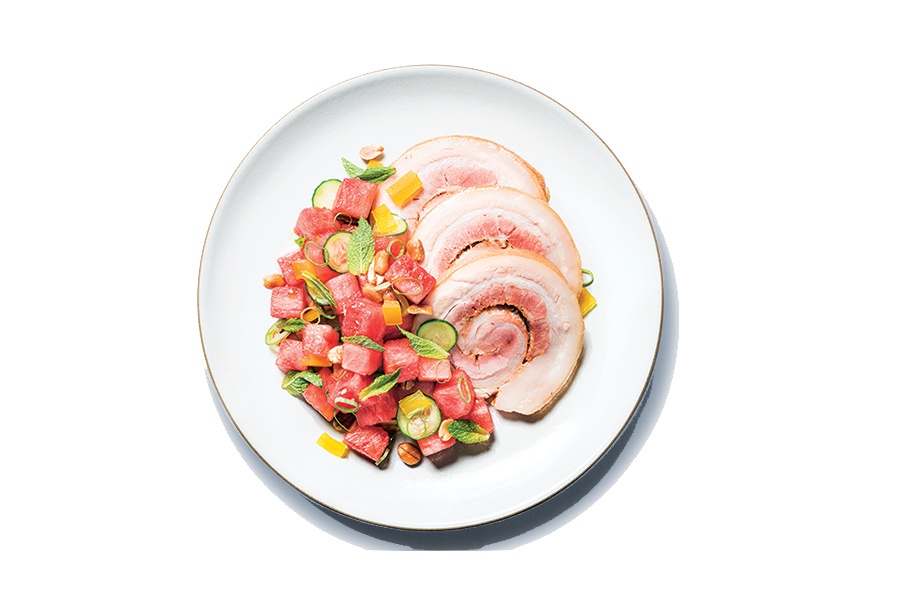 You could say it started with a culinary bromance. More than a decade ago, John daSilva and Ted Kilpatrick struck up a friendship while working at No. 9 Park, the former as a sous chef and the latter as a bartender. Several high-profile restaurant jobs later, the front- and back-of-house dream team has reunited to open Chickadee in the Seaport’s Innovation and Design Building. Named after Massachusetts’ state bird, the restaurant showcases the New England-meets-Mediterranean cuisine that daSilva has flocked to his entire career, including dishes such as slow-roasted porchetta (pictured) with watermelon and the Italian anchovy sauce colatura di alici. “I want to use the local bounty in a way that just tastes right,” the chef says.