The Celeste sibling is the only Massachusetts spot in Esquire’s collection of the best new restaurants in America this year. 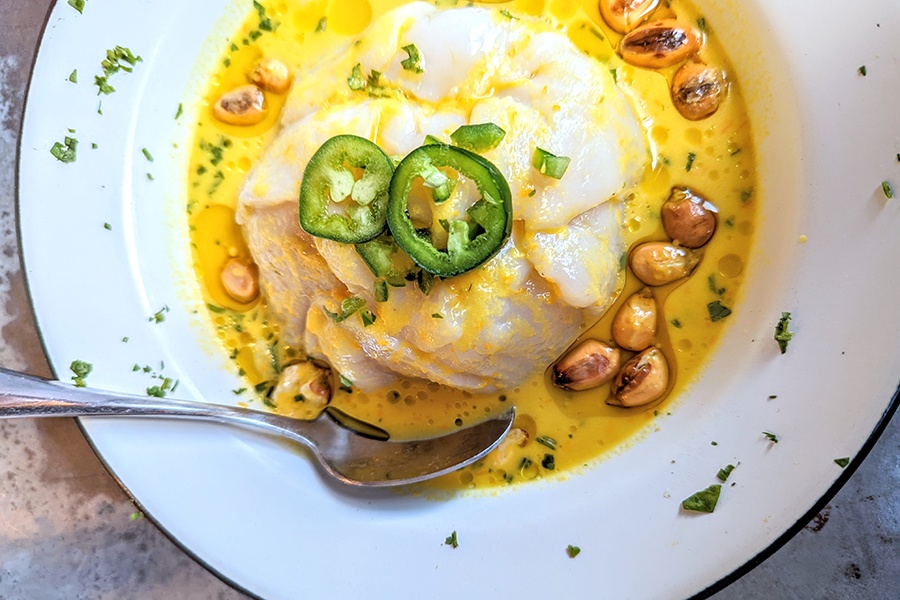 It’s always a thrill when our local showstoppers get national attention: Cambridge’s Peruvian stunner La Royal—our 2022 Best of Boston winner for best new restaurant—is the latest, landing as the Boston area’s sole representative on Esquire’s “Best New Restaurants in America, 2022” list, which dropped yesterday. Clocking in on the rankings at 31 of 40, La Royal, which opened in February, follows its big siblings Celeste and Esmeralda in getting recognition from Esquire. The publication has long been a big fan of Maria Rondeau and JuanMa Calderón’s restaurants, which culture and lifestyle director Kevin Sintumuang describes as “just so undeniably joyful and delicious that we can’t help but continue spreading the word about them.”

Where Celeste is “an intimate dinner party” and Esmeralda is a “barbecue for friends,” La Royal “is like the house party where you ask to bring your friends, too,” writes Sintumuang, praising the “pillowy” causas—potato terrine—in particular. “It will make you angry at all of the mashed potatoes you’ve ever had.”

Here at Boston, we’re partial to the beautifully citrus-packed scallop-and-blue-cod ceviche and the irresistible pastel de choclo de carne, a round of baked polenta stuffed with ground sirloin. The cocktails, too, are a must; the signature La Royal sour showcases a hibiscus- and pomegranate-macerated pisco with egg white and lime, while the Matacuy tonic is a great way to get acquainted with the intensely herbal Andean liqueur Matacuy.

“And goddamn if [Wyatt’s] soigné lobster roll—an entire half lobster impossibly folded into a small, very buttery laminated dough—doesn’t turn the volume of the old Maine banger up to twelve,” writes Joshua David Stein for Esquire.

We’re just going to leave you with this photo of that lobster roll—or rather, lobster croissant?—which the menu simply describes as “served warm, with butter.”