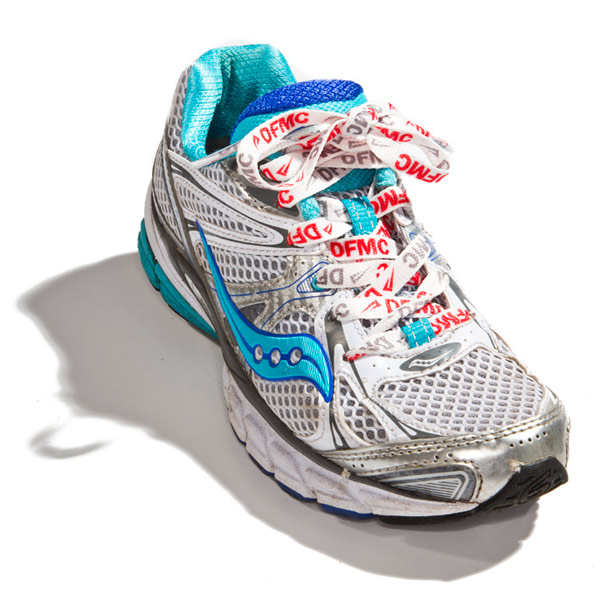 This marathon was different in so many ways from my other marathons, from my training to the day itself. I had trained before by the book, and because of that I had injuries that required cortisone shots, braces and so forth in order for me to finish the marathon itself. This marathon training was all about doing it my own way. This meant training minimally throughout the winter while concentrating on nursing school and try to listen to my body more for problems. If I didn’t feel like running, I wouldn’t for the most part. I didn’t push myself like crazy, but I did the training runs that were necessary and I had energy to spare for the actual Marathon day. I knew I wasn’t going to be winning this thing, so I just took it a little less seriously than before, and I am glad I did.

I woke up Monday morning wondering if I had done myself a favor by not training like before. But I woke up to a beautiful morning. I got to the buses early and got on some of the first groups of busses headed out to Hopkinton. I had the pleasure of sitting with runners from wave 1 who were from all around the world and the ride seemed to fly by. The bus ride is always where I have a great conversation with a stranger that I will then never see again, and I love it, this year was no different, my seat buddy was a 6’4” Canadian man who was getting a kick out of my nervous talking. I walked from the runner’s village—where most runners stay before the race—to the DFMC Parish Hall where we use as a refuge that morning. The church is huge and beautiful. I was there by 7:30 a.m. and getting situated when the churches secretary came and offered for us to go to mass that the parish priest was offering that morning. I was so nervous but I didn’t need to do anything else so myself and a few others decided to go. It was the fastest mass I’ve ever been to. Twenty minutes for a full Catholic mass—amazing. At the end, the priest had the runners stand and he gave us a safe passage blessing for us all. And I still had time to stretch and eat before I needed to be at the starting corrals. I got myself ready and headed out to corral 6 for my wave to start. The surge began, and it seemed like a smooth transition from walking to running and starting our watches as we passed over the starting line.

The day was perfection, the weather the sun, the people, the happiness and support from everyone. I smiled for miles, literally miles because I couldn’t help it. The crowds were in control but so fun and everyone looked like they were having such a great time. I ran for miles until I started to recognize where I was from some of the long training runs, that is when I knew that I didn’t have far to go. The half marathon was done, then on to the Newton hills where I had done most of my training runs. I met Greg and his mom at NWH and I felt like I didn’t want to continue, but almost after I left I felt a new wave of energy. Heartbreak Hill felt like nothing. I had run up that one so many times that I wasn’t even fazed. I felt great, I was tired and had blisters, but I felt great. The BC students saw me and said “we’ve got a smiler here folks” and the crowd of students roared as I had the biggest grin on my face, mostly because I like to smile, but also because I knew I only had a few miles to the finish. I kept running faster and faster, aiming for my negative split. My miles continued to speed up until I was at Beacon Street. I knew exactly where I was and how much more I had to endure, and I smiled all down Beacon Street. I met the family I babysit with and took a picture, then with my family by my apartment. I ran up towards Kenmore square and tried to high five all of the Dana-Farber patients that were cheering for all the runners- which is such a beautiful moment, and then I was going even faster. My time was great, my feet were on fire but I didn’t care, I was so happy, I felt like I was going to burst.

My Aunt took a video of me running by my apartment at 2:44 p.m., the bombs started at 2:50. At that point I saw what I had never seen before, just as I was getting to Mass Ave, and people were walking in the opposite direction. It was very odd, and then I was stopped by a wall of people. From there on, it was a surreal few minutes of running to the nearest police officer, asking what happened, if I could go there and help in any way, how bad it was. The officer told me that two bombs went off at the finish line, that it was impossible to get down there to help and that it sounded devastating. At that point I turned around and started trying to call my family, having put two and two together, I knew that they would be worried as my time could have put me there, but the phones weren’t working. I sent a text and started running the mile back to my apartment where I was greeted by my mother and Greg. The TV showed how bad it was and I started to get it. The photos and videos were not what anyone was expecting to see. I realized then that if I had made the time I was hoping to get, would have put me there, but I wasn’t. Timing is so strange, but whatever was on my side, it was there.

What I saw in all of these pictures and videos was one thing, strangers helping strangers; there was so much love amidst the fear that was thrown into one of the best days in Boston. What I saw was not the horror, but the fact that no matter how much fear and terror is out there, there is so much more love, so much more. The entire day of the marathon was about strangers cheering on people to push themselves and achieve something incredible, and this was a heartbreaking extension of people doing something incredible in an unbelievable situation. The heroism I saw was something I will remember, and is what restores my faith in humanity even in situations such as theses, because even if there was one or two people who instilled the fear from this, there were hundreds of people who instilled hope and trust in perfect strangers, and for that I am very proud to be from Boston, where there are so many good people. I will keep running, Boston will keep running, and nothing can stop us.