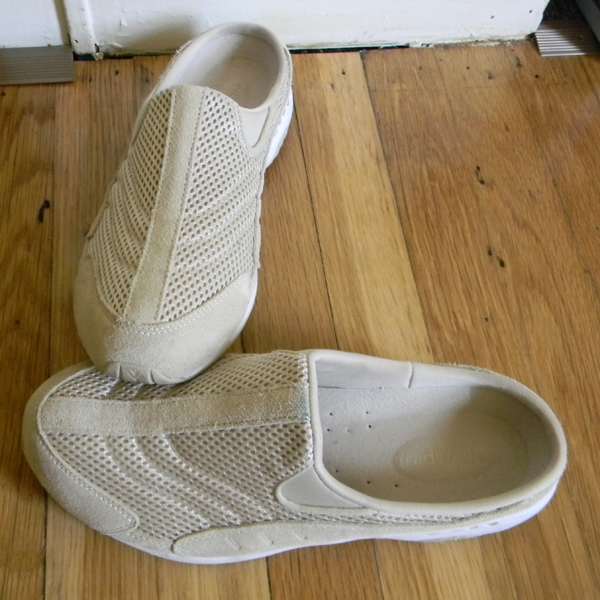 Back to work after a long and stressful school un-vacation week, and everyone’s first question is, “how was your break?” “We were there.” “My daughter ran Boston.” Those three and four word responses bring an avalanche of questions and hugs and offers of support and shudders.

We were there, but after the bombs went off. After the first responders and security personnel had started their work, had started marking off the area no one should go, no one who wasn’t there already, already scarred and already working to help.

We were there, but already shunted toward the family meeting area. We were shielded from the details of what was there, we thought it a simple matter of re-directing the runners, waiting at a different finish line. We saw the vehicles, endless ambulances, and unmarked cars with flashing blue lights, and unmarked cars with no lights but priority rights of passage.

We waited at the different finish line. Watching single runners jog/run in towards us, wrapped in the ubiquitous heat blanket. We waited at the family meeting area. Marked with an M. Told our runner, our youngest child, by text, to run to the finish they set up, and head to the family meeting area. Like a totem, if she could get to us, it couldn’t be that bad. We would simply meet up, take pictures even if it wasn’t the official finish line, and head home. We would get out of everyone’s way, Everyone who was involved in something so obviously serious we couldn’t seriously think our child would have to see it. Have to run through it.

We were there, and so we learned that our runner was stopped at mile 25. Alright then, we would get out of there, out of everyone’s way, and find out what had happened. We would simply walk to our car, drive out of town, meet up with our child, and then process what was going on. What was going on? We had no details.

In our walk to our car it was a stunning show of security, emergency responders, weapons you seldom see un-holstered. We looked, and were told to keep walking. “This is not where you want to stand when we are evacuating this area”. “No sir,” I said. “Evacuating?” I thought. We walked directly away from where our car was parked. At every intersection, we saw barriers. When we were able to walk to Huntington Avenue, we looked down the block. The Prudential garage, the Prudential block, was police-taped off. We no longer had a car to walk to.

We were there, then, when we realized we had to keep walking. Away from our car, away from where we started the afternoon. I heard a police radio report that there might be a suspicious package on Newbury Street, and I wondered if walking toward there might be a mistake. We walked toward Northeastern University, but my older daughter had a report that the library had been evacuated, maybe there wasn’t where we wanted to be. I couldn’t help but think of 9/11, the uncertainty. What had happened? What else was likely to happen? One child safe in Brookline, one with me, why would I bring her to such danger? How could I get her out?

And then a friend was there. Driving into the city as far as she could. Driving us out on roads and communities slowly re-opening as they always do after Boston. But this time listening to news reports of an event unthinkable. What if we had been there? What if my child was a faster runner? What about all the friends and acquaintances who were planning to be there? Who is hurt? Who is gone?

And then we were there, the BC campus suddenly turned into meeting/staging area for runners turned away from the finish line they had worked so hard to reach. Our youngest walking slowly and stiffly toward us. Smile as big as the day. Give her the jacket, blue and yellow, B.A.A. Boston Marathon. Hug her extra tight. Hear her tell of being told to keep running, even when she knew something was wrong there, in Boston. Hear her worry, were we there, at the finish line, waiting for her?

No, we are here. All together. Thank God.