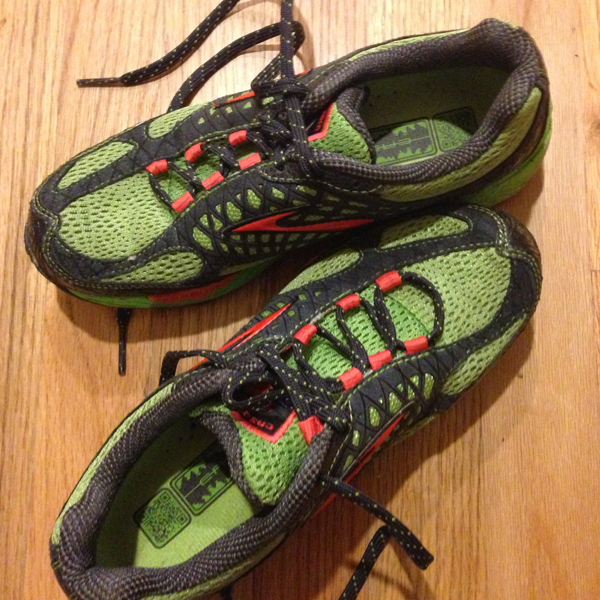 I have cerebral palsy, and started at 9 a.m. with 14 other wonderful mobility impaired runners. Due to the fact that I was plagued with injuries in the months preceding the Boston Marathon, I was running 10 minutes slower than my goal pace. My projected finish was 2:50 p.m. So, it’s chilling that I missed my pace and wasn’t at the finish during the explosion.

We were stopped, barricaded and held at mile 25.7 for more than an hour. A decision I agree with despite personal consequences. At the time that I stopped, I had been running for nearly six hours, as I started at 9 a.m. with the mobility impaired division. My body had gone from cold to hot to cold again. By the time we were allowed to leave the area (not toward the finish), I tried to stand up and reengage my muscles. Within 10 seconds, though, I was vomiting, had hypothermia, and major spasms in my legs from my cerebral palsy. There must have been five runners and bystanders at my side in seconds. Three wrapped me in garbage bags and two ran for medical help. The whole time I was praying for my family at the finish line, and wanted to make sure the medics got the bleeding people first.

They rushed me to MGH and my legs continued convulsing for seven hours. By the time the spasms and convulsions calmed, damage had already occurred to my tendons and muscles. So, I spent two days at MGH to get the pain and spasms under control. Although we are Boston/Providence natives, we finally made the trip back to Seattle on Thursday, April 18.

I wish I could say all is back to normal, but it is not yet. When I am able, I’ll be running out there Boston proud.