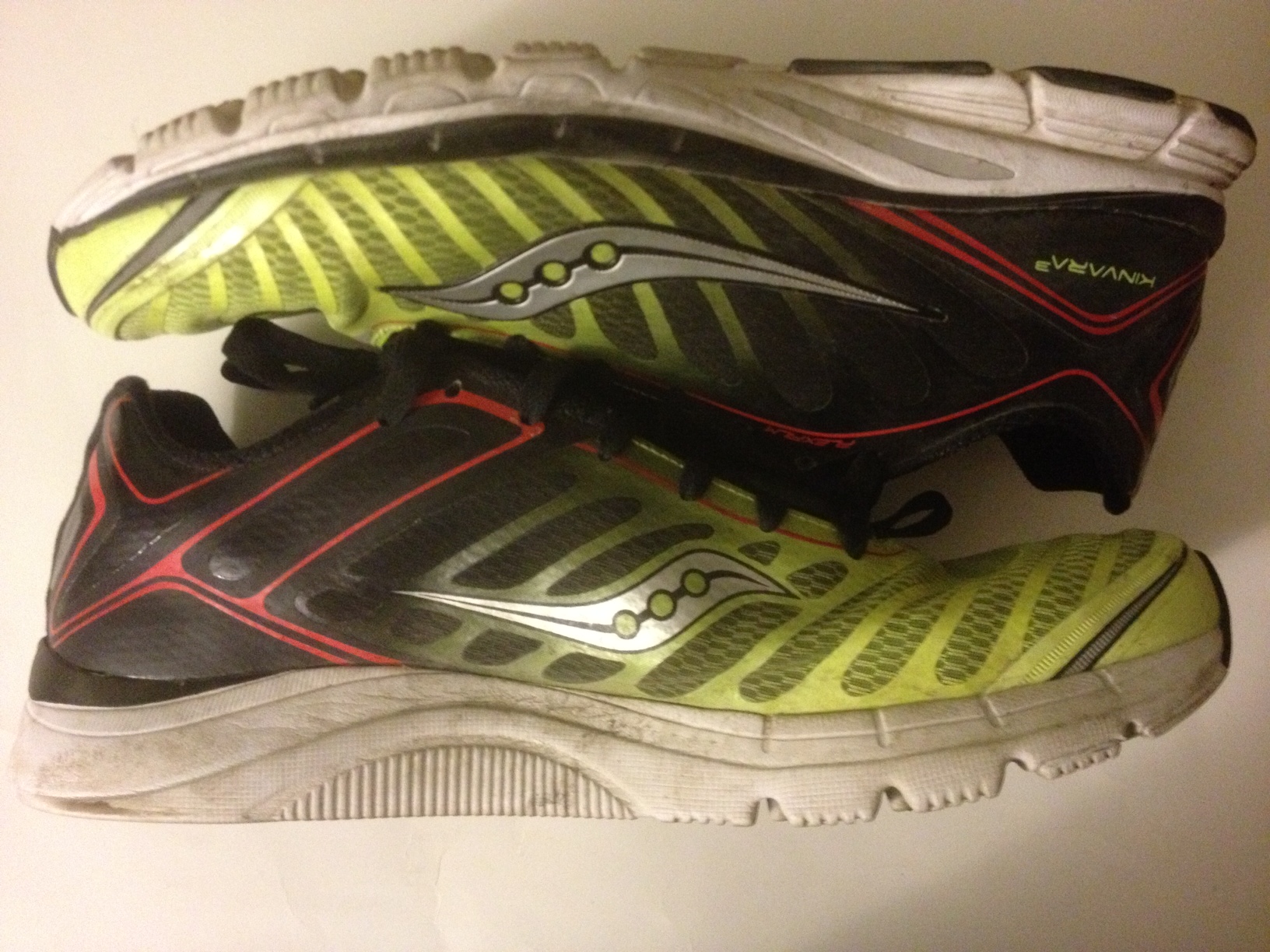 The very first thing that I did when I woke up on the morning after the 2013 Boston Marathon was cry. I’m not exactly sure why, but I was just overcome with sadness from everything, and I guess it finally hit me. Hard.

The very next thing I did was put on my running shoes and my marathon shirt and went out for a run. I held my head high and ran proudly in memory of the people who lost their lives, and in support of everyone affected.

As I went out my door then ran down a few blocks onto the marathon course, as I so often do, I couldn’t help but think of everyone affected by the tragic events on Marathon Monday. I didn’t and still don’t know whether to be more angry or upset.

I also thought about all my friends who whose dreams of crossing the Boston Marathon (no matter if its their first or fifth time) did not get to come true … many of whom had been so close to actually finishing that they could feel the excitement as their dream was about to come true. I also thought about the 8-year-old boy, who my friend helped coach and who apparently loved to run, who was there with his mother waiting for his father to finish the race when the explosions happened and claimed his life decades too soon.

I thought about my brother (and all of my friends and family), who could have easily been standing in that very spot had I been an hour or so slower, and I thought it could have been him. Then I thought, it was “him” not my brother, per say, but someone’s brother … somebody’s wife, husband, child, cousin, sister, and friend that was there when this heinous attack happened at such a joyful and prestigious event. I paused for a moment at the Mile 23 marker that was still displayed in Washington Square to think about all my friends that were still out on the course and never even got to see it or the finish line.

I ran with blistered toes, aching knees, sore and cramping legs; and with a heavy heart.

I ran because that’s what runners do. We get back up! No matter what the circumstance, we runners persevere. We have a bad race and we get back up and do it again. We get injured then we get back up and we run again! Hear me when I tell you that nothing, NOTHING, not this tragedy or anything else will keep us runners from doing so. We will move on, and we WILL run the marathon again.

I still find myself asking why. Why did some selfish asshole have to go and bring violence into such a peaceful sport?? A sport where people cheer not against, but FOR each other in the stands and out on the course. We want nothing more than to see our fellow runners do well, even if sometimes that means beating us in a race. There is absolutely no hatred here, on this course, on this day; no matter the color of your skin, where you’re from, or what God/Gods you do or don’t worship. It just doesn’t matter. On this or any other race day, WE ARE ALL RUNNERS! The very moment we stop running, and stop living our lives as usual; as my friend Bryan so eloquently put it: the bastard wins. We must, as human beings, not let the bastards win … EVER.

Here is a little bit about what happened from my perspective:

Luckily I had already finished the race and met back up with my brother and roommate and had time to shower and clean up. We were walking from the Park Plaza hotel towards Newbury Street to meet a few friends and begin the celebration when we were crossing over Boylston and heard the first BOOM. I immediately had a bad feeling in my stomach. I tried to rationalize the sound/smoke with maybe fireworks or cannons (as we here in Boston love the cannon fire so often), but having been at that very finish line the past two years, I knew there were no such fireworks or cannons on the schedule. More so, if there were, they wouldn’t be happening over four hours into the marathon.

I jumped up and climbed a light post and stood on a barricade trying to get a better view of what was happening. It was then that I heard and saw the second explosion. I knew this was no accident. No manhole, no transformer, but some deliberate act of terrorism. I use that word with no speculation, no connotation, and it doesn’t matter if it was domestic of foreign, any act that harms innocent bystanders for no reason is an act of terrorism; no matter who did it. At this point, we could see the police officers and people nearby still didn’t realize something was happening, and if they did they still didn’t know what it was or what to do. Every single ounce of my body wanted to jump over that barricade and run, as fast as I could—faster than I had all day to see what I could do to help out in any way. I am lucky that my brother and roommate were there, had they not been I have no doubts I would have run straight into whatever was happening. I don’t know what, or if any help I could have been, but I felt like I should find out. I knew that it wasn’t the smart thing to do, and that most others began running the opposite direction … but I guess it’s just something I felt like I needed to do.

However, I did not. I stayed with E and K as we walked closer to the bombing site to try and see what happened. First of all, we should have never been allowed to get as close as we did … we walked down Newbury and cut over to Boylston and walked to within about 100 yards of where the first explosion happened before the police finally began pushing people out of the area. This was a process that took about 30 minutes. The police began aggressively securing the area and making sure everyone was out of the area as they began to secure the first perimeter. After about 10 minutes from the first explosion we started seeing fire trucks, ambulances, and police vehicles heading closer into the area.

We then walked down Newbury towards Massachusetts and Commonwealth Ave away from the bombing site and towards the race course/runners. While we were walking we saw a man on his cell phone visibly shaken up and physically distraught. We could see his legs with blood splattered on them, though I couldn’t tell if it was his own or someone else’s. I asked if he was okay and what happened, but he didn’t want to talk about it. Moments later we saw an older woman with a race blanket draped over her shoulders who was walking alone, and also visibly shaken. We began chatting with her when she told us she had just finished, seconds before the bombs went off. She said she turned around and saw everything happening and didn’t know what to do.

Once we made our way over the Mass Ave bridge I was immediately blown away and at the same time heartbroken to see all of the runners just standing there, a mere 1/2 mile away from crossing the finish line of the most prestigious marathon in the world. Their dream unable to be fulfilled as they were unable to make those final two hallowed turns to the finish line “right on Hereford and left on Boylston” that so many thousands of runners before them have been able to do over the 116 previous runnings of the Boston Marathon. My heart breaks for those runners who put in all the time and effort only to have their dreams so violently ripped away from them yesterday. We had also heard about one other bomb that was intentionally detonated and later two others that were found before being detonated.
Runners stopped, waiting further instruction minutes after the bombings.

I was able to help out one Australian runner by texting his wife back home that he was okay and tried to help another woman who was sitting on a curb, alone, crying because her phone was dead and she couldn’t get a hold of any of her friends or her boyfriend who is a State Trooper … though she didn’t know any phone numbers to actually call unfortunately. We then began to walk home (about 5 miles) because all public transportation was shut down. Though, after a few blocks we got lucky enough to jump on a bus that was not so much “in service” but was shuttling people away as they tried to evacuate the whole area. We finally made it home, turned on the news, and continued to check in with our friends and family to make sure everyone was okay.

I know that these events will have an everlasting affect on not only the Boston Marathon, but the running community as a whole. I know that this horrible act of violence and terrorism will not soon be forgotten. I know that I will never forget this day, for many reasons. I am also incredibly thankful that all of my friends, runners or not, were eventually found and accounted for. I am also thankful for the technology that helped us all communicate so quickly.  [via ironzoom.com]