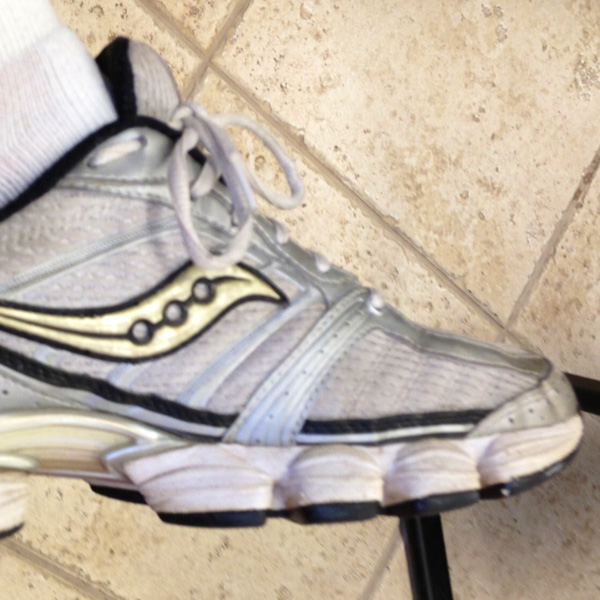 Ever since 9/11, this nation has gradually displayed declining patriotism in favor of increasing bi-partisan bickering. America needed a boost in the ass and a kick in the teeth to wake up and starting acting as one.

You cannot understand the full scope of the reality of the day like I did unless you were there.

My daughter Jamie Tighe was running in the Boston Marathon. We flew in from Florida to see her cross the finish line.

My wife and I were walking the almost one-mile distance from Fenway Park to head toward the VIP bleachers in Copley Square, where our daughter had secured passes for us to sit in the bleachers erected at the finish line. Ironically, those bleachers took the full brunt of the initial bomb blast.

As we headed toward the corner of Boylston Street on Hereford, we heard the first explosion. The ground trembled under our feet and the noise was deafening.

We thought that it might have been a cannon sounding, as it was Patriots Day in Boston, a holiday commemorating the British evacuating the city after being forced back by our founding fathers during the Revolution. No one was too concerned, yet 12 seconds later, the second bomb blew up a mere two blocks from our now vantage point on Boylston. We saw, heard, and felt the tremor. We also heard the screams amid the smoke now billowing between us and the carnage that lay before us.

Within seconds, that sound was drowned out by an incredible armada of emergency vehicles careening toward the attack from all directions behind us, with sirens screaming louder than I’ve ever heard. The response was astoundingly quick.

Suddenly, we saw what I estimated to be 20 to 40 Boston Police officers holding portable barricades storming toward us, yelling “Get the hell out of here. There is a bomber on the loose, and this area is unsecured.” We looked up, and we counted seven helicopters hovering above this newly created war zone. It truly looked like video images from Iraq or Afghanistan.

At that point, both spectators and runners in our immediate vicinity reversed direction and almost trampled us. While fleeing the area, I was able to call my daughter who was still in mid-race to inform her of the ensuing events. Up to that point, the runners in her pack were unaware of the devastation occurring ahead.

Just as I completed our call, cell service was shut down. A young man approached me and asked if he could borrow my phone. I explained that it was not able to receive a signal. He was trying to call his wife, who was a bartender at a steakhouse on Boylston, right at the initial bomb blast. I don’t know if he ever got in touch with her.

Amid the panic, the bloodshed, and the unbelievable chaos, the one constant was the bravery, the compassion, the strength, and the unity of everyone: police, firefighters, spectators, runners, and emergency medical personnel headed into harm’s way to help those who took the full punishment of the explosions.

Our family was spared any physical harm, but the emotional scars from that day will linger a long time. My daughter, who was stopped four miles from the finish line and was bused to a satellite triage tent in Newton, was devastated by the day’s events. In addition, her legs cramped up from stopping so abruptly to the point where she could hardly walk.

She was reunited with my son-in-law and both my granddaughters, who fled the scene and worked their way back to where the triage was located. The kids were visibly shaken and cried that night.

New Yorkers displayed this heroism on 9/11, and so did Bostonians on April 15. The pride we hold for our citizenry is immense. We need more of this attitude throughout the nation. Those who hate America subscribe to the “divide and conquer” doctrine. We can’t let this happen. Boston showed the way to combat it. A united front helped those in need, and a united effort was put forth to apprehend the monsters who perpetrated this heinous deed.

I am so proud of our former city of residence. I want everyone to know that Boston has balls of steel; she has toughness that no scum on earth can erode; she has people that, despite differences, come together in a time of need.

On March 5, 1770, British soldiers shot to death several patriots on the streets of Boston. That incident is forever known as “The Boston Massacre”. On April 15, 2013, Boston was witness to yet another massacre. Now, just like then, Bostonians proudly stood up to the aggression and held fast proudly. BOSTON STRONG! Don’t mess with our city!

We’ve left Boston, but Boston is and will always be in our hearts.