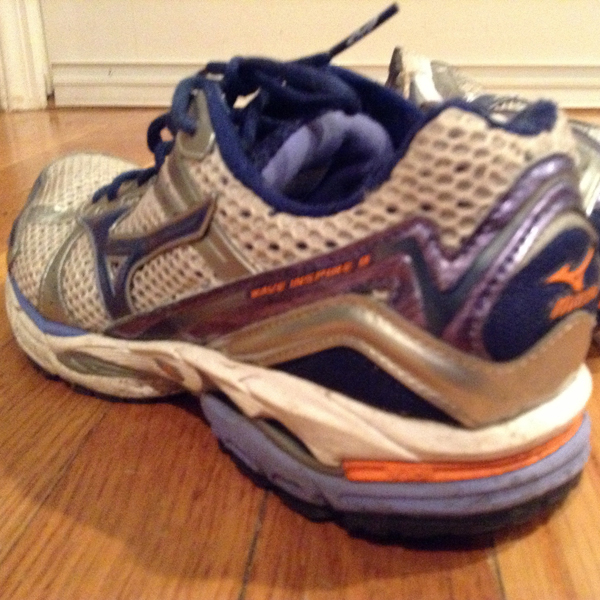 I had just crested Heartbreak Hill when a marathon volunteer told me I had to stop. I was confused because I felt great and was ready to do the last haul into Boston. As they corralled runners onto the median, they told us there had been “an incident near the finish line” and the race was delayed. We all stood around awkwardly, starting to feel the winds that had been biting at us through Newton. This was my first Boston Marathon and the 10th anniversary of my diagnosis with a rare autoimmune disease. It was—until that moment—one of the best days of my life. I had raised thousands of dollars for the animal shelter I volunteer at, my friends and family and shelter supporters had spanned the course with homemade signs, hugs, and cheers, a friend from running club ran with me, and most important, I was healthy enough to run a freakin’ marathon. And not just any marathon: Boston! Instead of framing my medal, I am framing the poster that my school-age neighbor and her pals made for me. That moment where they cheered me on at Mile 2 is how I hope to remember that day. And I will run in 2014 to support the victims and the beauty that is the Boston Marathon.