Biomedical Entrepreneurship May Be a Game Changer for Pancreatic Cancer 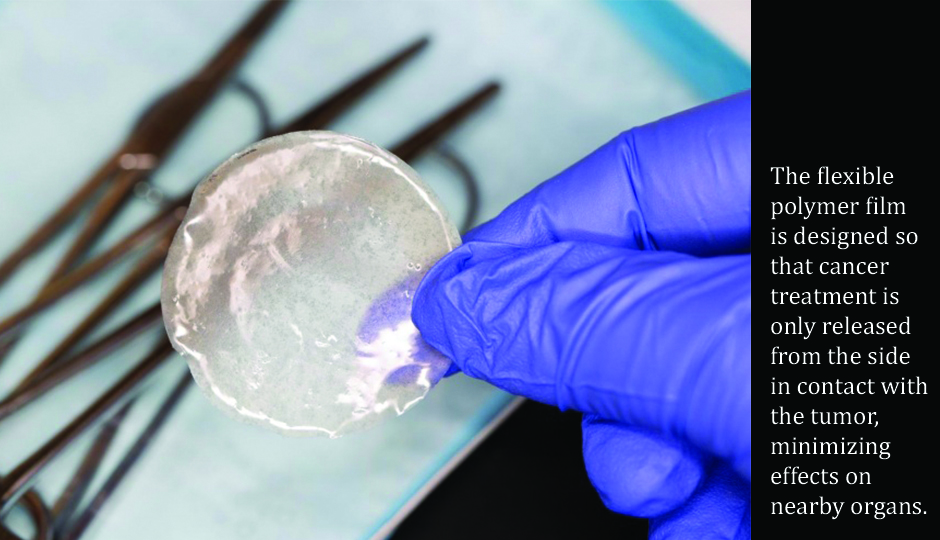 David Ting, M.D. was only a research fellow at the time. In 2012, he was working in Dr. Daniel Haber’s Lab at the Massachusetts General Hospital Cancer Center, researching microfluidic devices that would be capable of  isolating circulating tumor cells (CTCs) from the blood of cancer patients. The potential applications in early detection of cancer, monitoring tumor genotypes over the course of treatment, and biological characterization of CTCs themselves.

“Developing the implantable pancreatic cancer treatment device was a side project that came out of a conversation with my clinical colleagues at the Mass General Cancer Center,” said Dr. Ting, who was knee deep in research on CTCs. “Dr. David Ryan, chief of Hematology/Oncology at Mass General, encouraged me to apply for the Bridge Project grant.” This collaboration between the Koch Institute and Dana-Farber/Harvard Cancer Center (DF/HCC), designed to bring bioengineering, advanced cancer science, and clinical oncology together to solve the most challenging problems in cancer research and care. The Mass General Cancer Center, being part of the DF/HCC, made a great fit. Pancreatic cancer, being one of the most deadly malignancies with only single digit survival rates at five years made it an even better fit.

Pancreatic cancer cells are aggressive and typically difficult to treat with traditional chemotherapy and radiation because of the central location within the abdomen. Moreover, they lack the blood supply needed to get therapeutic drugs straight to the target. “It is like driving on a highway when there are no exits to where you are trying to go,” said Dr. Laura Indolfi, one of the study’s lead authors in a recent Ted Talk. “It is counterintuitive to treat the whole body with very little going to the tumor.”

This was the catalyst for Dr. Indolfi, a postdoc in MIT’s Institute for Medical Engineering and Science (IMES) and the Mass General Cancer Center, who developed a small implantable device that was used in mice to deliver chemotherapy drugs directly to pancreatic tumors. They did this by placing a thin, flexible and biodegradable film directly onto the tumor, where it would slowly release effective treatment without compromising the rest of the body.

In addition, the film acts as a barrier to the pancreatic cancer, blocking it from spreading to neighboring organs. This has profound potential, because the pancreas is nestled so deep within the body and is surrounded by organs, which makes it notoriously vulnerable to metastasis (spread) and very difficult to surgically remove or deliver radiation.

Drs. Ting and Indolfi, together with Matteo Ligorio, a Mass General research fellow, Elazer Edelman, the Thomas D. and Virginia W. Cabot Professor of Health Sciences and Technology at MIT; Robert Langer, the David H. Koch Institute Professor and a member of the Koch Institute for Integrative Cancer Research; and Jeffrey Clark, director of clinical trials support at Mass General, found that this approach was up to 12 times more effective than giving chemotherapy drugs by intravenous injection, which is how most pancreatic cancer patients are treated.

The flexible polymer film that is made from a polymer called PLGA, which is widely used for drug delivery and other medical applications. The film can be rolled into a narrow tube and inserted through a catheter, so surgically implanting it is relatively simple. Once the film reaches the pancreas, it can be molded to direct the chemotherapy into the tumor.

Drugs are embedded into the film and then released over a preprogrammed period of time. The film is designed so that the drug is only released from the side in contact with the tumor, minimizing “off target” effects on nearby organs. This has the potential to address the very reasons why pancreatic cancer is so deadly. The deep location within the abdomen, its aggressive biology and the fact that that it does not have a rich enough blood supply to allow chemotherapeutic treatments to reach the tumor.

This minimally invasive approach could help to extend the lifespan of pancreatic cancer patients with inoperable tumors and improve their quality of life. Fewer side effects of treatment and more focused drug delivery has the potential to be a game changer in the outcomes of what is now the third leading cause of cancer deaths in the United States.

The researchers are now preparing to design a clinical trial for human patients. While they began this project with a focus on pancreatic cancer, they expect that this approach could also be useful in treating other tumors that could benefit from local therapy including esophageal and rectal cancer.

“The prospect of a novel delivery platform also opens the door to using a wide range of promising anticancer agents that had encouraging preclinical data but could not make it to patients due to systemic dose-limiting toxicities,” according to Dr. Ting.