Learn How Craft-level Cannabis is Cultivated in Massachusetts 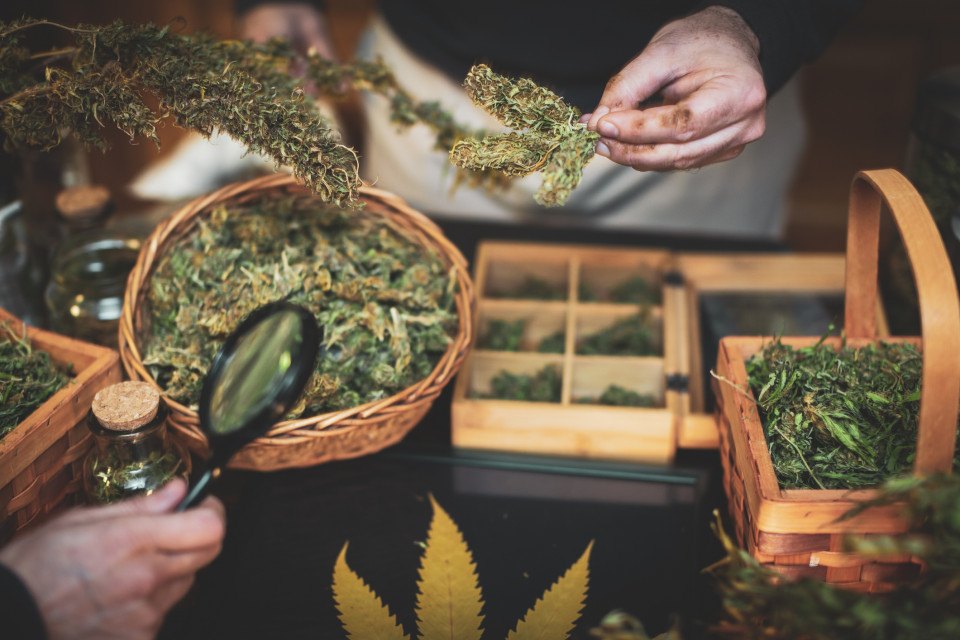 As the cannabis market grows, its products grow with it. And given that so many of the industry’s cultivators have agricultural and farming backgrounds, it’s only natural that Massachusetts’ cannabis quickly developed into a “craft product,” meaning it’s made by artisans using traditional hands-on techniques rather than by standard mass-production methods.

One such grower is Kyle Vigeant, VP of Cultivation at Garden Remedies (which operates adult-use and medical dispensaries in Marlborough, Melrose, and Newton, MA).

After developing “a lot of big ag experience” farming cranberries on a massive bog in Cape Cod, Vigeant followed his passion by growing cannabis—on both a personal and professional scale.

“In Cape Cod I learned how to fermagate, chemigate, and really work as a farmer,” Vigeant recalled. “But I had such a passion for cannabis that I moved up to Maine and started growing cannabis as a caretaker for a few years. I bought my own property, did it for a season or two, and really honed my skills growing outdoors, as organic as possible.”

Vigeant joined Garden Remedies after his time in Maine, and now guides many of the brand’s cultivation processes and “phenohunts”—where growers determine the best genetics for a given strain.

And that’s just a small piece of his wide-ranging work responsibilities: Presiding over a large-scale cannabis cultivation operation is a multi-stage, never-ending project that’s unfathomably complex in terms of math, science, and sometimes even the senses.

“If we’re phenohunting, we’ll even smell every single plant, and really see which one catches our nose,” Vigeant added. “Because each one of our growers has their own taste. We ebb and flow to find the cultivars we agree on—the plants that makes us say, ‘That’s it.’” 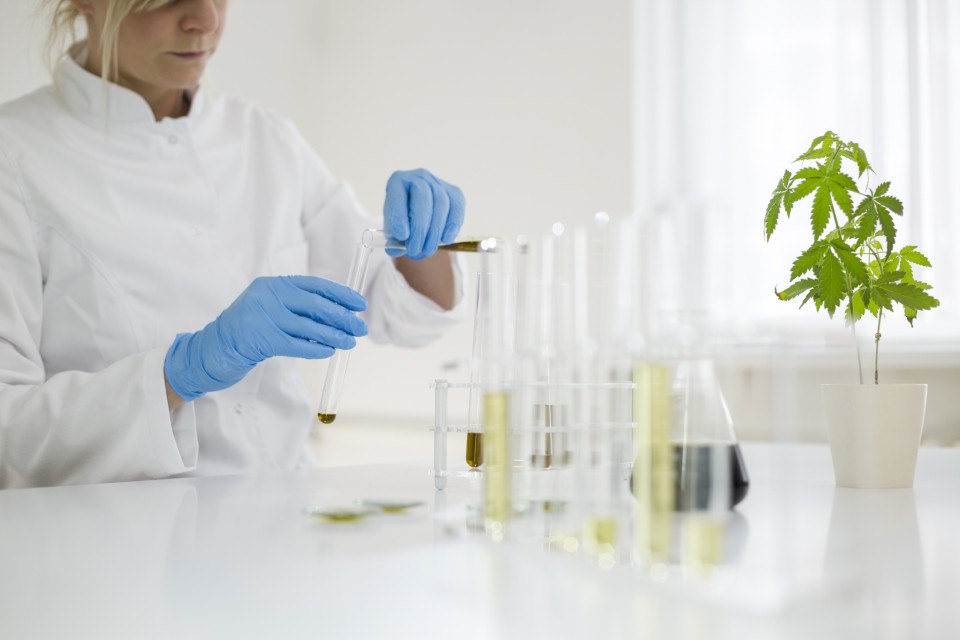 Vigeant and his crew take a curatorial approach to maintaining the Garden Remedies menu, selecting cannabis strains (also known as “cultivars”) based on a wide range of qualitative metrics.

“We have a variety of characteristics we look for because we want our flower to represent different preferences and lifestyles,” Vigeant said. “So we’ll have something hazy and say, ‘That’s going to be someone’s morning cup of coffee.’”

One characteristic that Vigeant and crew are looking for is a cultivar’s “terpene profile.” Terpenes are compounds found in every plant, and cannabis is no exception. Common “terps” include limonene, which is found in some fruits and can provide cannabis with a citrus or limey flavor, and linalool, which is found in many spice plants and often provides floral notes.

“Terpenes really speak to more than just flavor,” the cultivator explained. “They speak to experience too. Because specific terpenes are going to give you the ups and the downs, the sedative feeling or the stimulated feeling—all that stuff. It’s a better descriptor for cannabis than indica/sativa, which is not even a real distinction. You learn much more detail from knowing about terpenes.”

While many new consumers instinctively shop for cannabis by a given strain’s percentage of THC, the more experienced class of cannabis aficionado has begun to shop by terpene profile.

“For example I like gassier, fuely strains, but I also like fruity, tropical strains,” Vigeant said, when describing his own terp taste. “So I look for terps like myrcene and caryophyllene for the gassier stuff, and limonene and terpinolene and others for the fruiter stuff.

“I try to make sure I’m in the right environment for each one,” he added, aligned with growing trends in cannabis culture. “I tend to smoke the fruiter stuff in the morning, and the gassier stuff at night.” 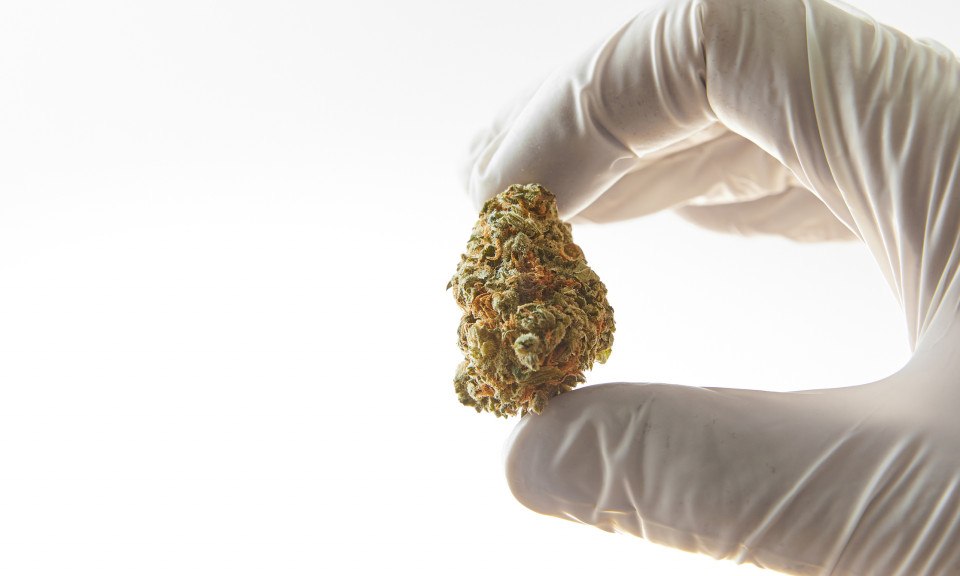 To showcase the finely curated qualities of Garden Remedies’ best flower, the company recently launched the Cultivator’s Series, which spotlights individual harvests of specific cultivars grown with a unique handcrafted method—bringing the small-batch philosophy to the premium cannabis industry.

“We choose the plants that have the perfect amount of light and shade, we harvest by hand, we never use a machine, we make sure the flower experiences the least amount of touch-steps possible the whole time, and then we put it in a glass jar to let it slow cure for 20 to 30 days,” Vigeant explained, while speaking about the particulars of the craft process.

“This is not a time-sensitive product,” he said. “We go with the flow of the flower. If it’s not ready, it doesn’t go. And by doing that, you make sure the least amount of volatilization of the terpenes happens across the whole process.”

Available in small numbers made available on a seasonal basis, the Cultivator’s Series represents the possibilities of what cannabis can be, in the Bay State and beyond.

“This is what flower should be—what it’s like when you treat it the way it wants to be treated,” Vigeant concluded. “If it’s not the highest possible quality, and if it’s not crafted perfectly, then it’s not the Cultivator’s Series.”

To purchase and learn more about cannabis products and benefits, visit gardenremedies.com. 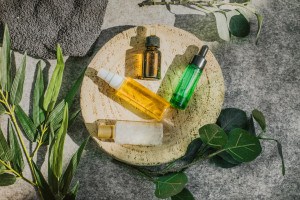 SPONSOR CONTENT How Legal Cannabis is Revolutionizing Wellness in Massachusetts