SILICON VALLEY MAY GET all the glitzy attention, but in case you haven’t taken a stroll through Cambridge lately, don’t forget that there are an awful lot of smart young people right here in Boston. It’s tough to pick from a sea of local startups, but we’ve rounded up four of the Hub’s most promising up-and-coming innovators under 30 — people who are setting the bar for the next wave of entrepreneurs. Be on your toes, Mark Zuckerberg. 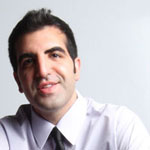 Sam Sisakhti, a 28-year-old who grew up around Boston, lasted a whopping four days at a corporate finance job before launching UsTrendy in Cambridge in 2008. Three years later, his shopping website is democratizing the fashion autocracy by helping up-and-coming indie designers get their looks seen.

UsTrendy acts as a giant global marketplace where aspiring designers upload online portfolios, sell merchandise, and get feedback from thousands of shoppers. It’s a win-win for everybody: designers break into the cutthroat fashion industry, and consumers have a say in the clothes they want to spend their hard-earned dough on.

“We wanted to drop the fashion world on its head,” says Sisakhti, who first came up with the idea on a guys’ weekend in Vegas. He was there with one of his childhood friends, a designer, and found his once peppy, optimistic pal defeated, nearly broke, and 20-pounds lighter — a walking L.A. zombie. Sisakhti, already dissatisfied by the lack of options in the shopping world himself, set out to make the industry more efficient.

It took two years of courting with Silicon Valley venture capitalists for Sisakhti to come up with nearly  $1 million in funding, but his persistence paid off. Tim Draper, the guy that helped Skype and Hotmail get off the ground, is an investor and now UsTrendy has arrived as one of the web’s largest fashion websites, showcasing creations from more than 10,000 designers from 100 plus countries.

There’s more to this former captain of the Brown football team from Iowa than muscle and corn. Grinna, 29, created EverTrue, the latest interactive social network to connect alumni across the globe by mobile app. So far Brown 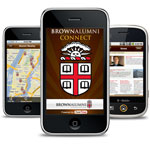 University and the Middlesex School have jumped onboard, and although Grinna couldn’t name names just yet, he hinted that talks with other big deal institutions are in the works.

After unveiling his business plan at Harvard Business School’s annual contest in 2010, Grinna and his small team stayed in Cambridge where they built a mobile system that  lets alumni stay connected with a live news feed, multimedia sports highlights, upcoming reunion schedules, updated maps, and a mobile-donation device.

EverTrue is one of 12 companies across the globe to be chosen and funded by the Cambridge startup accelerator program TechStars. Since joining TechStars, Grinna’s team has forged bonds with some 80 mentors like Walt Doyle, president and CEO of Where (recently bought by eBay), Karl Büttner from MassChallenge, and Burlington-based angel investor Ty Danco, who recently signed on to invest.

Remember garage sales? Those days when your friendly neighbors would spread the contents of their basement across their lawn and let you pick through the goods? Sort of like Craigslist and eBay, except that you knew who you were buying from — which meant no fraud, seedy e-mail correspondences, or fake Nigerian princes. 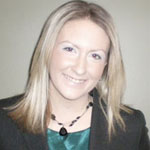 Taking the fear out of buying from anonymous sellers was the starting point for Cambridge-based Swapfish, created by Anna Palmer, a 26-year-old fresh out of Harvard Law School. It’s an online shopping community where parents trade out their children’s hand-me-downs (tricycles, toys, outfits, you name it) through barter, straight cash payments, or sending gifts to people they already know through Facebook. User reviews are non-anonymous, there’s no auction component (because what parent has time for a bidding war?), and the selling process takes 30 seconds from start to finish. The site is set to launch in Boston, Denver, and Peoria, Illinois this July.

“When it comes to your child, [parents] need to trust the person they’re buying from,” says Palmer. So far, Palmer’s been able to subsist on her own funding, and recently the Boston venture capitalist firm Flybridge Capital Parnters has taken an interest in Swapfish, providing them with shared work space and mentors at the Cambridge Innovation Center.

Step aside Kindle, there’s another book app in town, and it’s called Free Books! The app is the brainchild of Colin Plamondon, the 22-year-old who dropped out of San Diego State to found Spreadsong, the Cambridge-based company behind Free Books. For a one-time $1.99 purchase, consumers have access to more than 23,000 classic titles, from Dante to Mark Twain and Shakespeare to Jane Austen.

The e-reader is changing the way consumers discover, download and read books, and it’s giving top dog eBook marketplaces a run for their money. Whereas those readers charge per download, all content on Free Books is, well, free once you purchase the app. The books come gratis because only works that have expired trademarks or are otherwise in the public domain are offered — which explains why you won’t find The Da Vinci Code while browsing. Since January, over 2 million people have downloaded Free Books and users are raving.

What’s more impressive is that Plamondon and his Hungarian cofounder Zsolt Maslanyi (Spreadsong is based on the east coast because the time zone was favorable to Budapest) did it all with no outside funding. They’re expecting Spreadsong to gross seven figures by the end of this year. Not too shabby for a college drop-out.