Designs by MassArt fashion students are now on display, and they'll also be featured in a runway show during Boston Fashion Week. 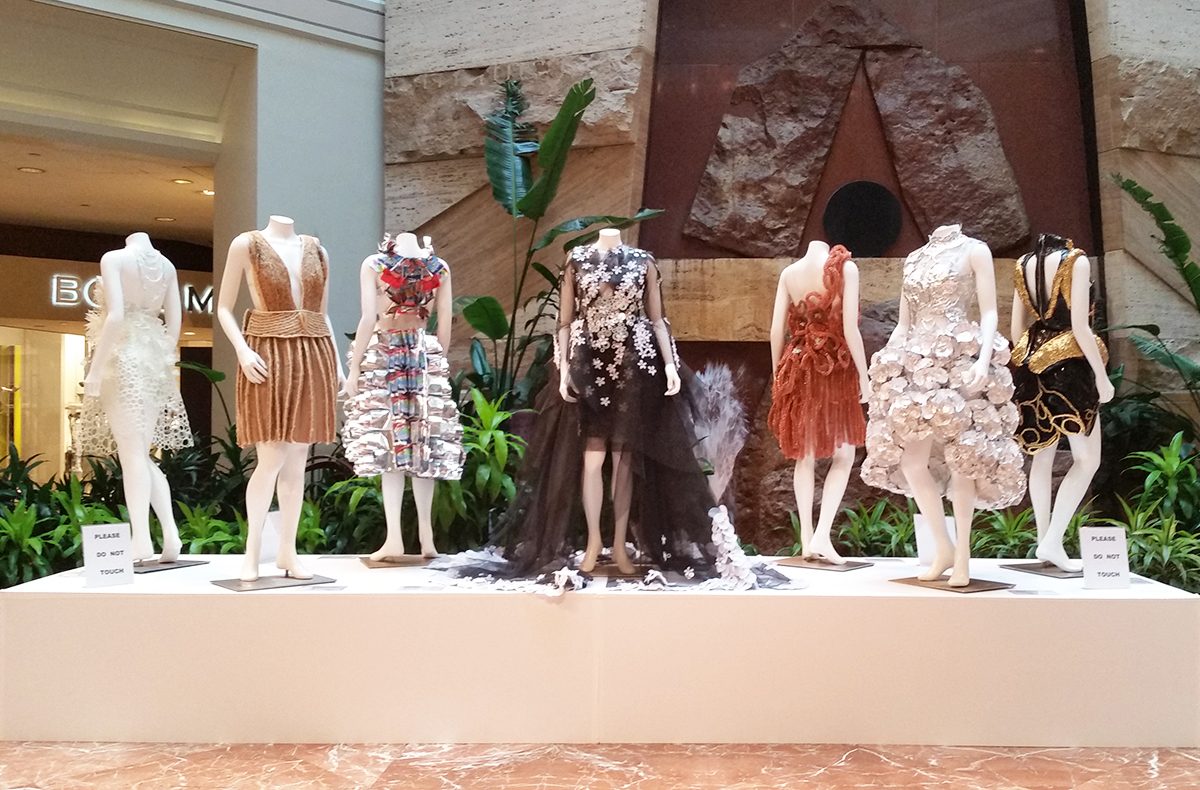 Designs by MassArt fashion students will be on display at Copley Place until October 5, followed by a runway show during Boston Fashion Week.Photo by Yiqing Shao 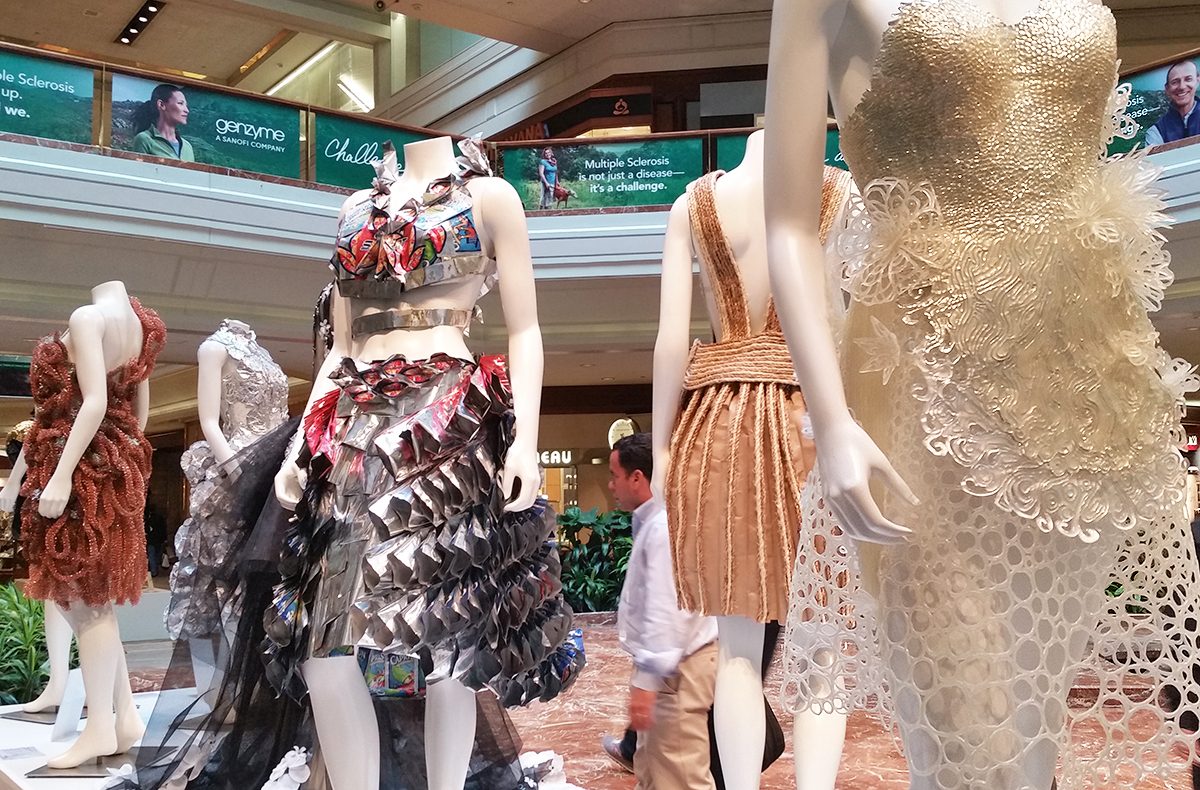 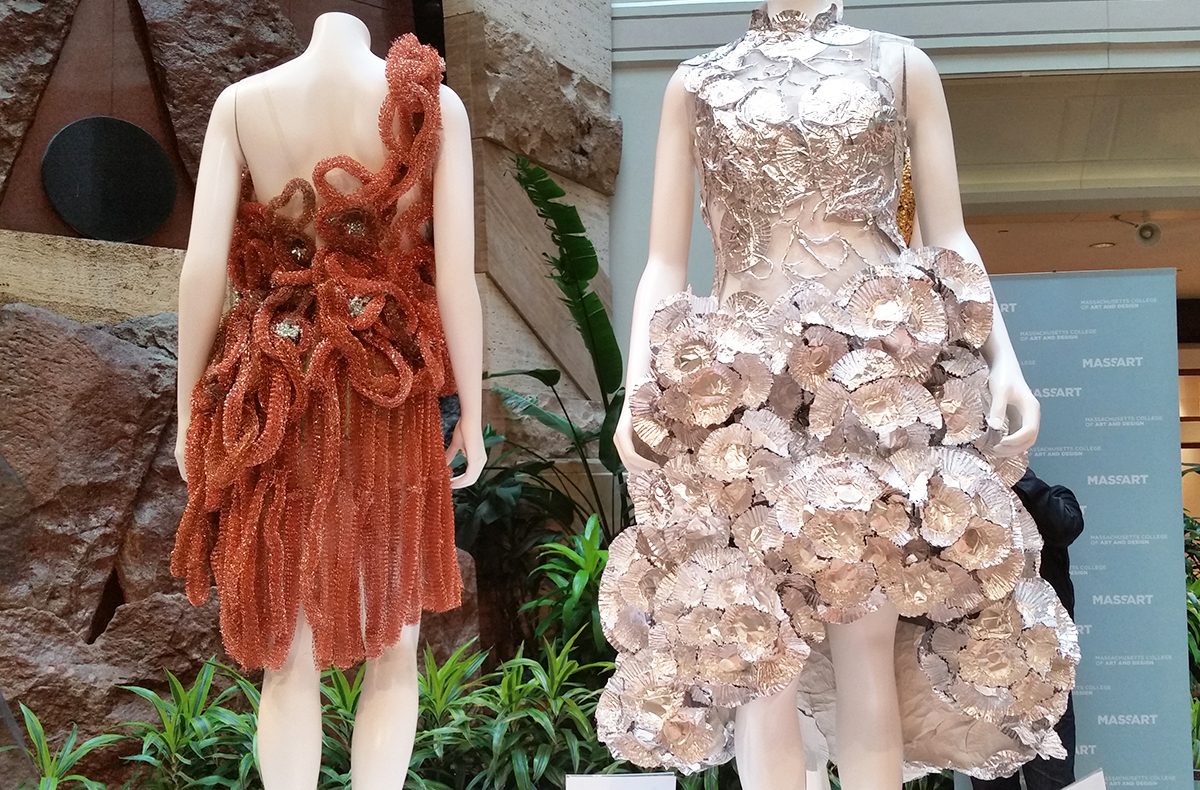 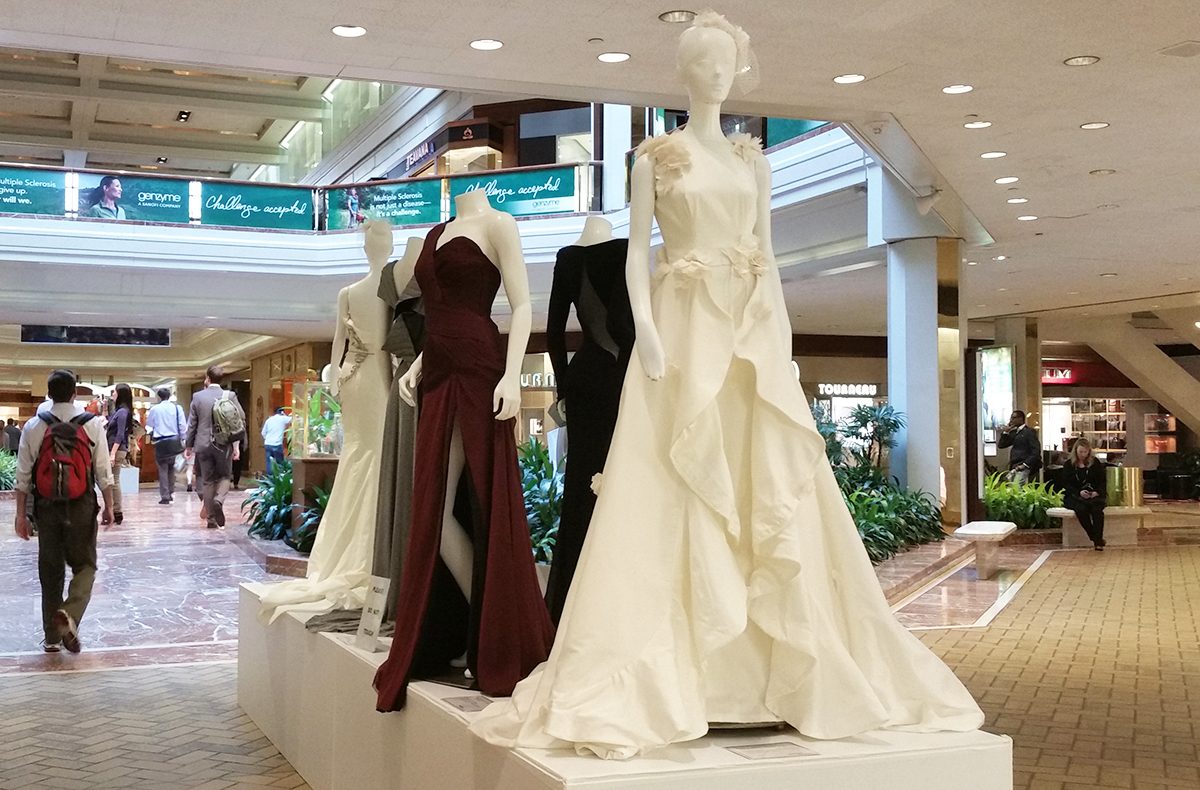 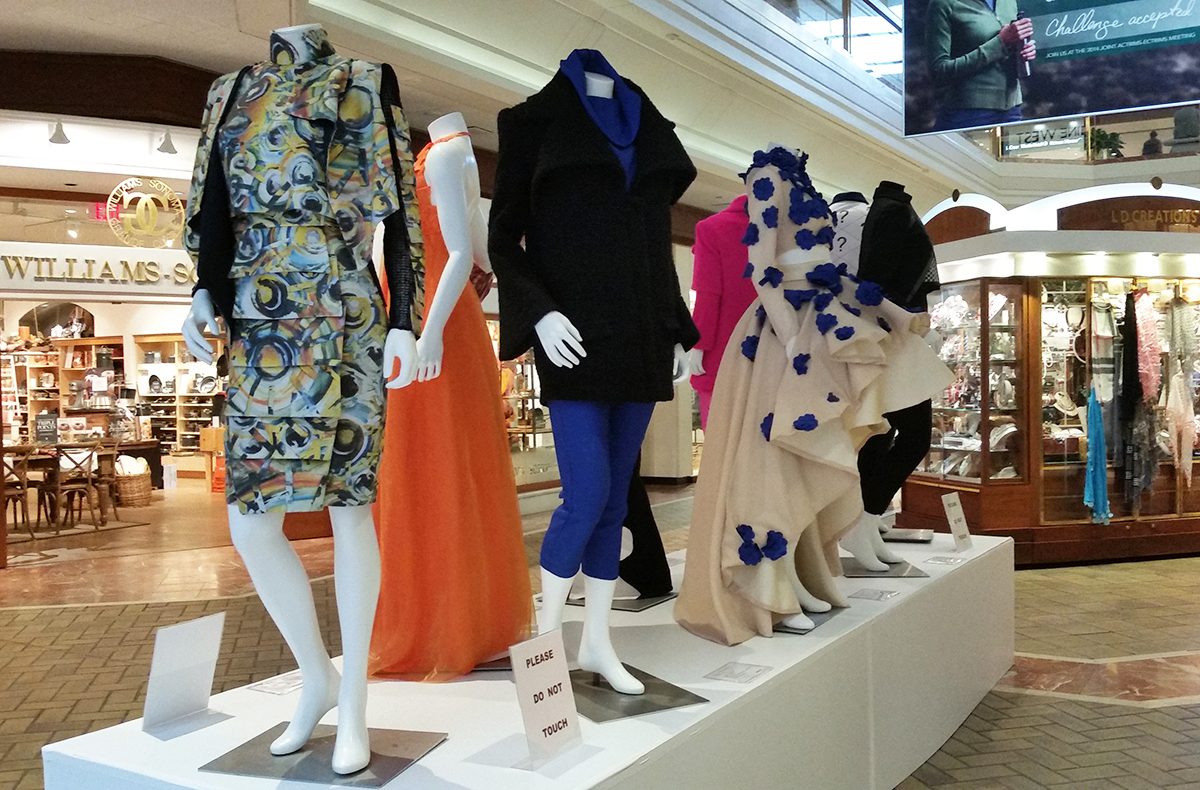 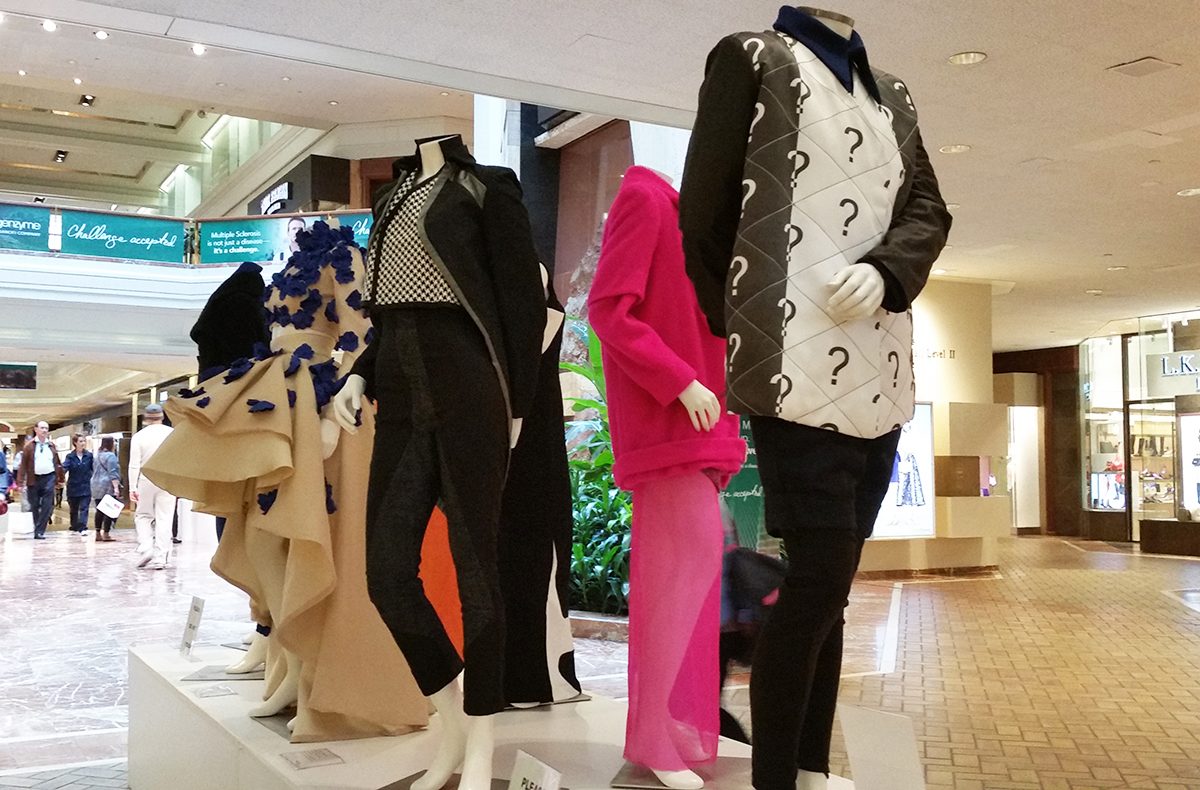 Far right: Print titled "What Is a Man?????" by Nicole Oppedisano and Erin Robertson.Photo by Yiqing Shao

Each year, fashion students at MassArt show off their final projects and collections at a big fashion show in the spring. They range from seniors’ final showcases to the popular Wearable Art design challenge, similar to the unconventional materials challenge on Project Runway.

For Wearable Art, students are assigned the task of creating looks out of non-textiles. And just like on Project Runway, the more wacky the material, the more fun it is for audiences to see.

Many of this year’s looks, which walked the runway in May at the Castle at Park Plaza, went on display at center court in Copley Place on Sunday, and will remain on view to the public through October 5. In addition to the Wearable Art looks, passersby will also find red carpet looks, outerwear, and ready-to-wear designs by MassArt’s fashion students.

On October 8 during Boston Fashion Week, the looks will be featured in a public runway show also located at center court in Copley Place.